The Backstory on GME and how we got here 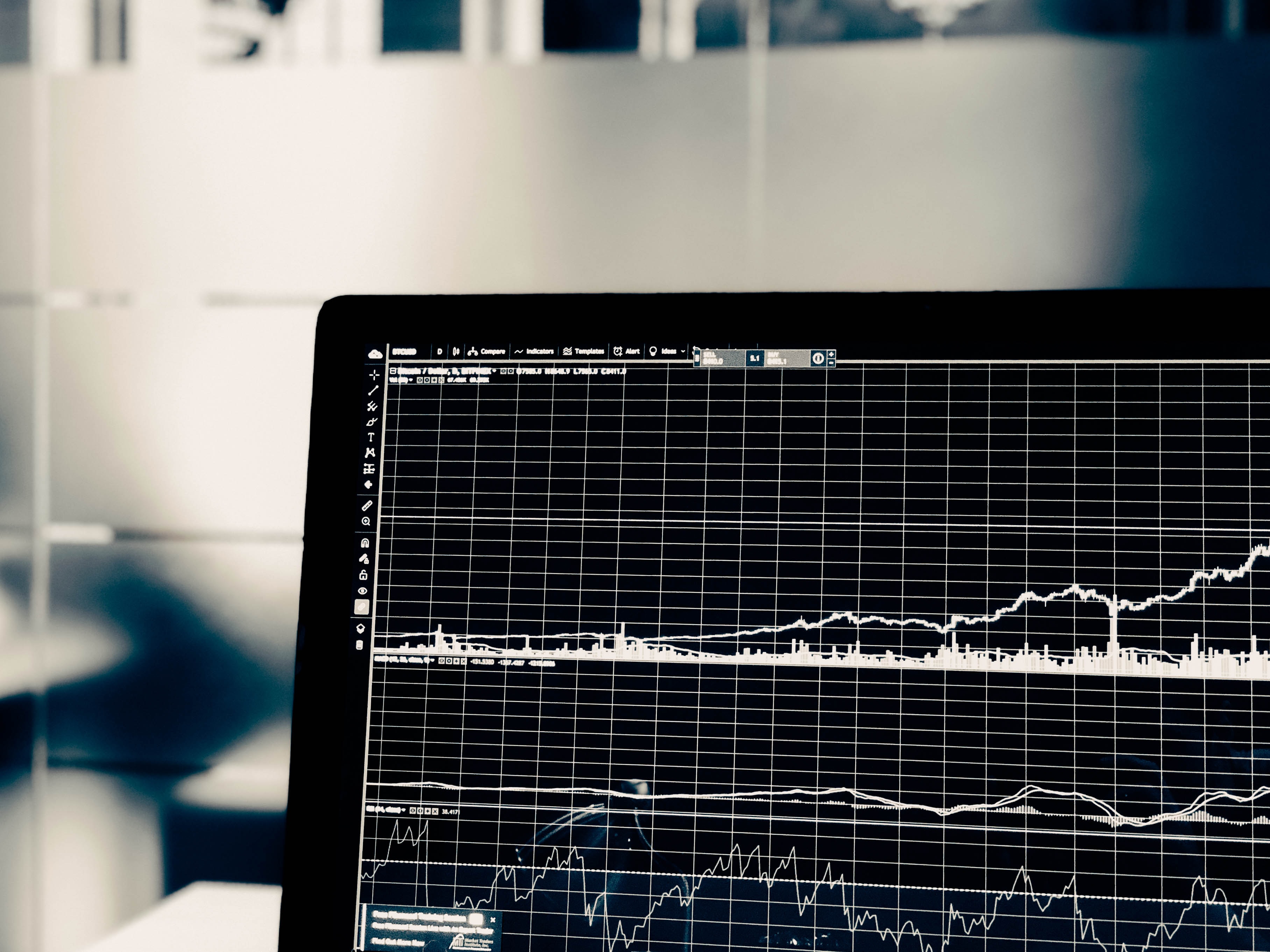 This has been simmering for over a year and the story behind it is great. I’ve been tracking this since September and devoured all of the details from the origin through today. Back in September 2019, a guy named DeepFuckingValue posted this on wall street bets 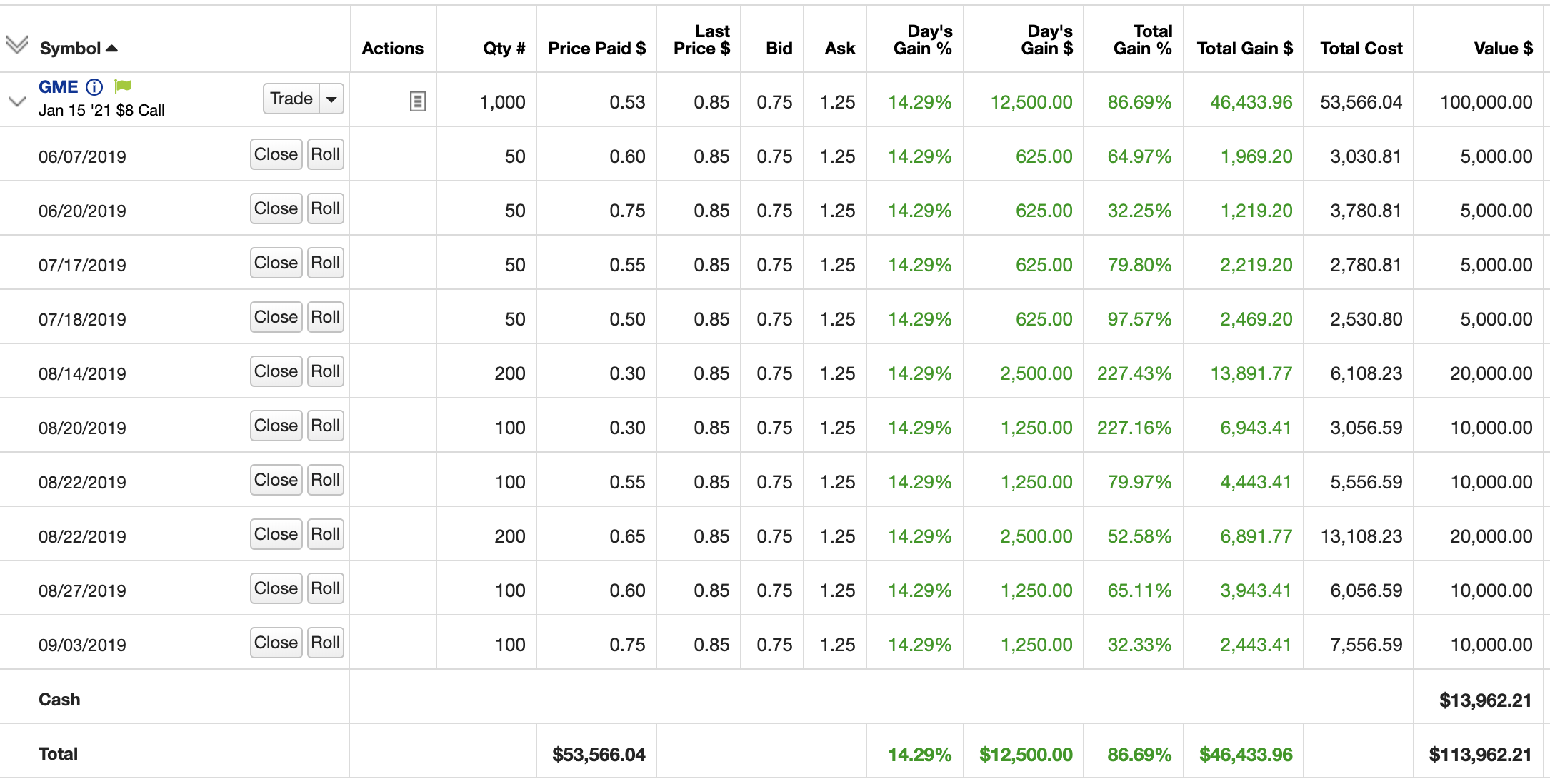 It was just a post about his LEAPS (Long-Term Equity Anticipation Securities) on GME.

At The Time, Nobody Understood His Position At All.

Bid-ask spread on these are ridiculous, good luck getting rid of them. For the next year, every month, about once a month, he posted his "YOLO GME" position. Every month for a year he got made fun of. I caught wind of this trade back in September 2020, a full year after this guy was already holding. I also thought it was weird—the dying retailer?

So I dug into the public quarterly reports of GameStop. Every quarter, public companies are required to release what's called a "10-Q" which is a quarterly report of their financials.

And What Did I Find?

Game Stop was actually in a great financial position; they weren't going broke! In fact, they had a lot of cash-in-hand, enough to pay off all their debts. Next, I looked at their short interest. "Shorting" means is when you borrow a stock and sell it on the market expecting the price to go down. You eventually buy back the stock at a lower price, return the borrowed shares, and pocket the difference.

So, the short interest was over 100% of the total shares. In fact, it was 140%. Which makes no sense—how can you sell more shares than there are shares? Keep in mind, not all shares are actively traded. In fact, over 75% of $GME is locked up in passive funds and GME board & C-suite.

So really, short interest was like 300-500% of *float* (float is how many shares are actively traded, basically). Which is insane. Basically, the shorts (which are hedge funds like Melvin) were expecting $GME to go bankrupt and they'd never have to cover (return their shares). DeepFuckingValue had figured out long before anyone. Even Michael Burry who bought in after u/DeepFuckingValue.

And He Bought In, With Conviction In His Trade, Ignoring The Haters.

A year later and people start to take notice on reddit. The price has started to inch up, from $4 to $8 to $12 over September and October.

And more people on r/WallStreetBets started buying in. Which, of course, makes the price go up. So the price keeps going up and more people keep taking notice and so on. Eventually, the shorts are supposed to cover. But how? They need to purchase more shares than there are in the company. Well, that means purchasing at any price. So they start to cover, which means buying hundreds of thousands of shares, which pushes the price up more.

And Then Last Friday, We Had A "gamma Squeeze."

So, quick aside to explain this: Market Makers (the big banks and funds, like GS, Citadel, etc) write options. When they do, they have to remain "market neutral" by law. So there are what's called "the greeks" on options: theta, gamma, etc. Look 'em up if you are curious.

Gamma is a number between 0-1 that changes on a call as the price of a stock gets closer to the call price. Let us say you buy a $300 call and the stock is $290. Gamma would be ~0.98. Meaning for every call purchased, MMs buy 98 shares to be neutral.

As Gamma Changes, They Have To Buy More Or Sell More Shares.

On Friday, the price was over every available call strike, which meant that MMs had to buy millions of shares—if a call is "in the money" they have to deliver the shares. Last Friday and Monday, the price ran up very quickly as MMs hustled to cover the calls and settle them.

Then the news took notice and everything went wild. More people piled in, larger firms are piling in on the buy side, Elon, Chamath… and the price exploded.

So that’s how we're where we are now. Supposedly, a number of shorts have covered. That being said, last I checked, the short interest was still ~138% so either:

When you short, you pay a borrow fee which can change from day-to-day. Right now that fee on $GME is between 20-80%. That’s like… credit card interest rates! To borrow a stock!

So The Longer You’re Holding Your Short Position, The More It Costs.

Eventually, it either costs too much and you have to close your position for a loss, or you go bankrupt. Melvin almost went bankrupt (they got a $2.75B bailout from 2 other hedge funds).

This Is Where We Are Now. Where Does It Go From Here? I’m Not Sure!

This is why I love Twitter, if you follow the right people then a lot of incredible information flows to you. One thing which is very evident is the liquidity in the U.S. market for options instruments. Here we have brokers denying trade for OTMs BNF strike current week options

I'm not sure what your background is. But you totally lose the interest of anyone who knows the first thing about how to value a company right fucking here.

Like, the notion that "$2-$4" is a low stock price because those numbers are low is so bad. Like $2-$4 seems low for your monthly rent. But it can sure as shit be "high" for an asset whose net present per-share discounted FCF is like $0.55.

Yes, they were running at a loss. They have paired down a ton of their poor performing stores (and are continuing to do so) while increasing their focus on eCommerce. Meanwhile, they have quite a lot of cash in the bank so running at a loss isn’t breaking them.

I was long in Gamestop most of the way down for that reason before realizing that short sellers were essentially reverse pumping and dumping it and I had to get out.

So Glad To See They Got Their Comeuppance.

Curious if those betting on shorting the stock were simultaneously trashing the company in public.

When the stock traded at $10, it was already trading at a higher multiple higher than Google. The company was in a terrible financial position and expected to post a loss in a year where the industry boomed. The big catalyst was Chewy founder taking an active stake of 10%

What multiple is that? You say multiple as if it's an obvious implication. P/e multiple? Sure. Price to sales? Not close. At $10 GME was trading at .1 x revenue. Even today GME trades at 2x revenue. Google trades at 6x revenue.

I was similarly surprised to discover they were not in bad shape at all. Maybe the business is a little moribund and the retail sector has been hit extra hard in 2020, but they’ve got some fresh execs who actually might be able to pivot it without all the drag from shorting lampreys.

They sold a bunch of their stock in their treasury, they lost a half-billion on $6.5 billion in sales.