10 Amazing Steve Carell Movies You Should Be Watch Right Now 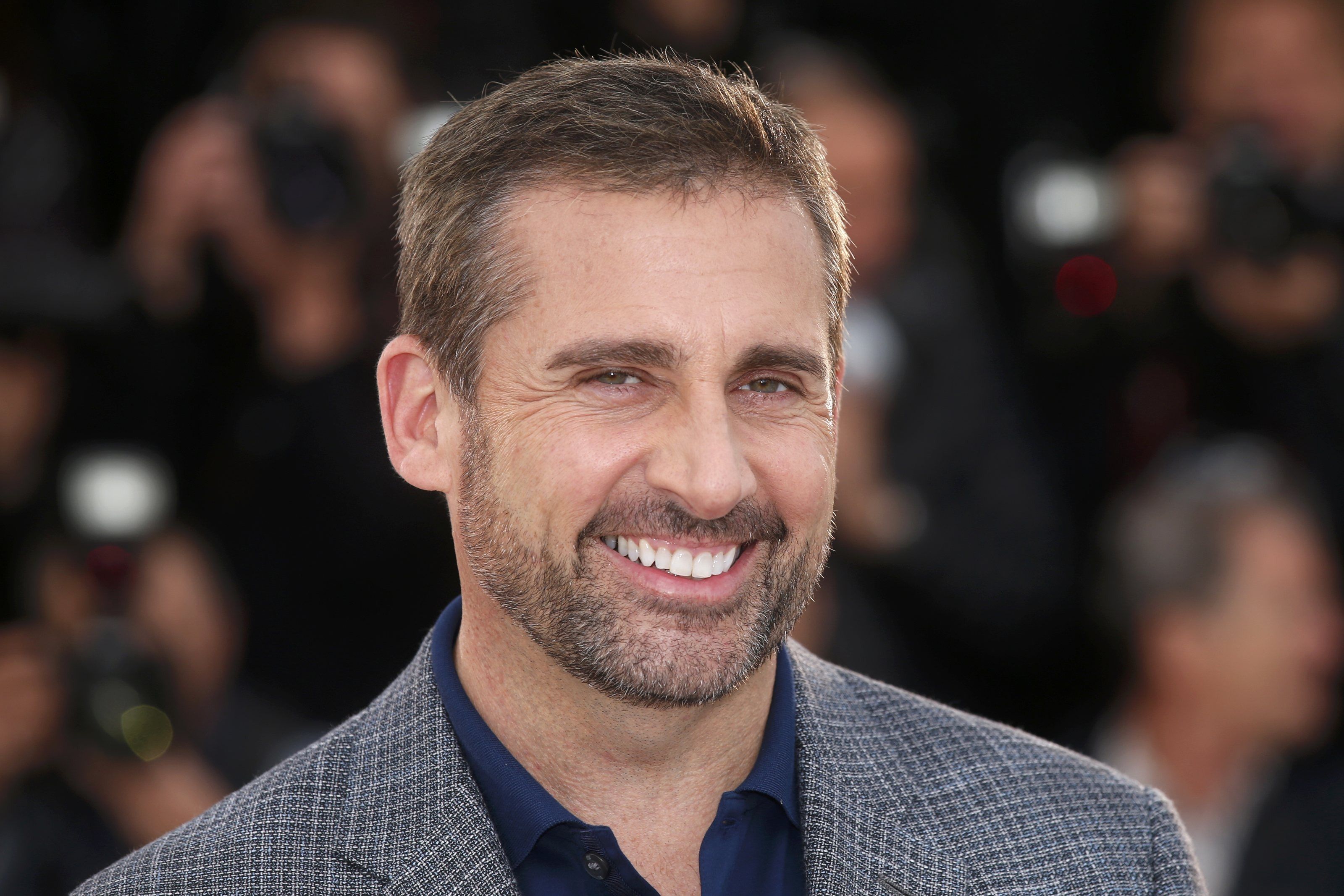 Steven John Carell is an American actor, comedian, writer, producer, and director who was born on August 16, 1962. Carell portrayed Michael Scott in NBC's version of Stephen Merchant and Ricky Gervais' British comedy The Office (2005–2013), where he also served as an occasional producer, writer, and director. Carell has won many awards for his roles in cinema and television, including a Golden Globe for Best Actor Television Series Musical or Comedy for his work on The Office. Life magazine named him "America's Funniest Man."

In the 2010s, Carell began to gravitate toward more dramatic roles, with his performance as a wrestling coach and convicted murderer John Eleuthère du Pont in the drama film Foxcatcher (2014) earning him nominations for the Academy Award for Best Actor, the Golden Globe Award for Best Actor Motion Picture Drama, and the BAFTA Award for Best Actor in a Supporting Role, among other awards.

He was highly praised for his leading performances in Little Miss Sunshine (2006), The Big Short (2015), and Battle of the Sexes (2017), the latter two garnering him his eighth and ninth Golden Globe nominations, respectively. In 2018, he reteamed with Anchorman and The Big Short director Adam McKay for the Dick Cheney biographical picture Vice, in which he played Donald Rumsfeld and in the drama film Beautiful Boy, in which he played journalist David Sheff.

Carell made a comeback to television as the co-creator of the TBS comedy series Angie Tribeca (2016–2018), which he created with his wife, Nancy Carell. He was nominated for a Primetime Emmy Award for Outstanding Lead Actor in a Drama Series for his performance as Mitch Kessler in the Apple TV+ drama series The Morning Show (2019–present). He has made a comeback in the Netflix sitcom Space Force (2020–present) as General Mark R. Laird. 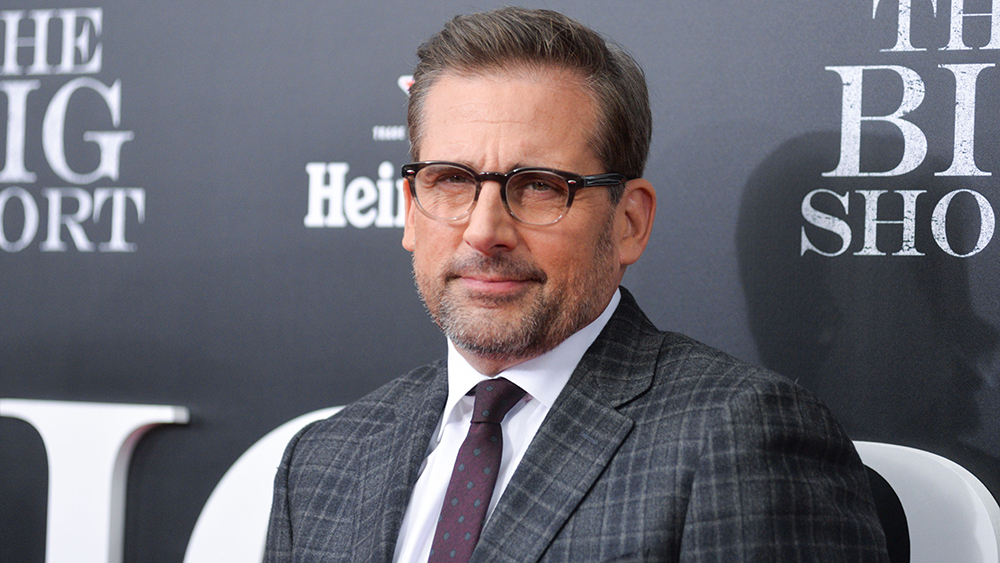 The last place on my list could've gone to any number of films depending on how charitable I felt on any given day, but in the end, I decided on filmmaker Peter Hedges' under-appreciated 2007 dramedy. This isn't a picture I've ever revisited, and most people have forgotten about it, yet it performed well at the box office, grossing $47 million in the United States.

Carell portrays Dan, a widower advice writer who travels to his parent’s house in Rhode Island for a yearly family reunion with his three children. Dan strikes up an immediate connection with a mystery lady while visiting a local bookstore, only to find out later that she is his brother's new girlfriend. You can probably guess where things will go from there.

What you probably didn't realize is that Juliette Binoche and Dane Cook are involved in this love triangle, which I still can't believe they were in the same film, much alone portrayed a couple onscreen! Emily Blunt, Amy Ryan, Allison Pill, Britt Robertson, Dianne Wiest, John Mahoney, Matthew Morrison, and a young Lucas Hedges star in Dan in Real Life, which is a feel-good comedy with a loaded ensemble.

It's interesting because, apart from The 40-Year-Old Virgin and Anchorman, this was the most often mentioned film when I told folks I'd be compiling this list. And they were all correct. Despicable Me isn't an all-time classic like Toy Story or The Lion King, but it's a great animated film with a great performance by Carell as Gru.

Despite the fact that he portrays the evil genius with a hilarious accent, Carell has such a natural likability that I'm not surprised Gru became the franchise's protagonist. Of course, the guy is a supervillain who adopts three orphaned children who educate him about love while plotting a big robbery to shrink and steal Earth's moon.

"Are you aware of who I am?" That's how the trailer for Foxcatcher starts, and I'd forgive you if you didn't realize it was Steve Carell as John du Pont, the man with the large nose, beady eyes, and tracksuit. This was a pivotal part for the star of The Office, a prestige drama that pushed viewers to reconsider their perceptions of him.

It was Carell's big break as a serious actor, and although he may seem and sound a bit goofy, his powerful portrayal is terrifying. Du Pont came from a wealthy family in America, and he intended to create a name for himself by financing a championship wrestling team at his own training facility. But it wasn't only out of the goodness of his heart that he did this. No, John aspires to be a member of the team, to be one of the guys.

Richard Linklater is one of our most humane directors, and despite the fact that hardly anyone watched this 2017 drama, I thought it was a moving picture about loss and friendship. After Carell's son is murdered in the Iraq War, he reunites with Bryan Cranston and Laurence Fishburne as a trio of Vietnam veterans.

This is not the same performance as Beautiful Boy. Carell portrays a father trying to rescue his kid in one film, but he's already too late in Last Flag Flying. Though the military wishes to honor the dead soldier with a hero's funeral, the reality is more complex, and Carell requests a civilian burial so that his son may be buried close to home.

Simply stated, there is no 40-Year-Old Virgin without Anchorman, which gave Carell the opportunity to show off his acting abilities. Seriously, director Adam McKay simply lets him free in this film, and the consequences are hilarious. All of the major characters in Anchorman, including Carell's Brick Tamland, are wonderfully created.

Although the meteorologist's IQ is just 48, he manages to come up with some memorable phrases that Shakespeare himself would be envious of. Despite having an "itchy stomach," this guy claims to have eaten a candle and pooped a hammer.

He is most bothered by loud noises. With his sideburns and big spectacles, Brick is a charming simpleton right out of the 1970s, and as much as he loves his lamp, I like Carell's brilliant comedic portrayal. And may God reward him for it.

When a discussion with his coworkers, David, Jay, and Cal, leads to previous sexual adventures during a poker game, they discover that he is still a virgin. Andy is humiliated the following day when he discovers that everyone else at work has heard about the secret, including their supervisor Paula, who is drawn to him and subsequently offers to take his virginity in private.

He's on the verge of quitting his job in shame when David comforts him and advises him to try for sex again. David, Jay, and Cal become adamant about assisting Andy in achieving his goal.

This is when Steve Carell's career as a movie star began to take shape. Let's face it, in a romantic comedy, appearances count, and my guy is looking like a snack right now. He not only sleeps with Marisa Tomei, but his 17-year-old babysitter (Analeigh Tipton) has feelings for him, and his ex-girlfriend (Julianne Moore) may want him back. Cal, played by Carell, is a recently divorced man who teams up with Ryan Gosling to learn how to pick up women in bars, allowing him to reclaim his confidence in the process.

Ultimately, though, this is a film about honesty. If it's false confidence, confidence means nothing. True confidence comes from being able to be oneself. This delightful rom-com is most known for the relationship between Ryan Gosling and Emma Stone, but Carell is the real star of the picture.

I wouldn't blame you if you forgot Carell was in it since the film is so excellent. When I think of Little Miss Sunshine, the first picture that comes to mind is of Abigail Breslin dancing, then Alan Arkin swearing, then Paul Dano shouting, and it's all too easy to overlook Steve Carell's performance as the family's suicidal Uncle Frank.

Despite the fact that Carell sticks out in his white gown, he sort of fades in since this isn't a huge, flashy performance. His performance is much more understated, and I believe it serves to balance out the firecracker Breslin brings to the film.

This is one of just two Best Picture nominees on the list, and it is well-deserved. It not only had a winning indie vibe, but it also performed like a summer blockbuster, earning over $100 million globally. It's the sort of movie that makes you laugh and weep at the same time, before bringing you to your feet at the conclusion. And it, to me, encapsulates Steve Carell's soul.

The Big Short had five Oscar nominations, including one for Best Picture, and although I didn't adore it as much as the Academy did, it's undeniably one of Carell's best films. Mark Baum, played by Carell, is a small-time trader who despises American banks. Carell blends in seamlessly with his co-stars, Christian Bale, Ryan Gosling, and Brad Pitt, as well as his wife, Marisa Tomei.

Director Adam McKay deserves credit for selecting his Anchorman actor in such a role since the clever character is a long cry from Brick Tamland. Even though there's an underlying melancholy to this character, it's exciting to watch Mark rally against "The Man," and maybe even get one over on him, as Carell exudes disdain for financial institutions and the suffering they've caused.

Carell was already a big name in Hollywood, but it's great to see him in an all-star cast and holding his own against his fellow A-listers. It's almost as if he were the star of a very successful television program who was forced to share the limelight with others.

This may very well be Carell's best performance to date, pound for pound. Because of the film's difficult subject matter, it seems that no one watched it, or if they did, they felt it was too emotional. I'm not one of them. I was a colossal puddle at the conclusion of this film, which had totally destroyed me.

I saw it in Toronto, and all I remember afterward is phoning my own father to tell him how much I loved him that's how moving Carell is in this real tale. He portrays David Sheff, a New York Times journalist whose son, Nic (Timothée Chalamet), is an unrepentant drug addict who can't and won't give up the habit.

The older Sheff will go to any length to assist his son until the day comes when the only person who can really help Nic is himself. And perhaps the most difficult thing to witness is a parent having to send their child away for their own good. Both Carell and Chalamet give heartbreaking performances that will leave you optimistic for the future of the Sheffs.