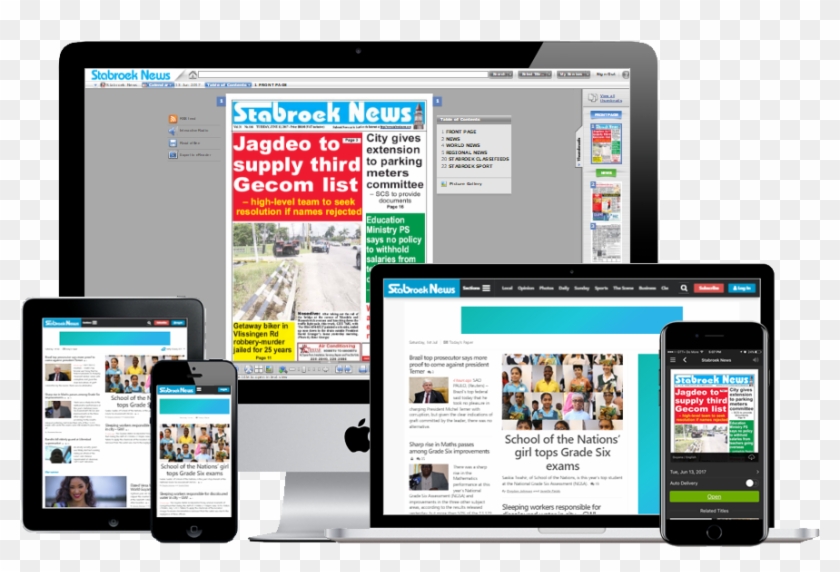 The Stabroek News is a Guyana-based privately-owned newspaper. It debuted in November 1986 as a weekly publication before transitioning to a daily print publication. The publication of the periodical in Guyana's mass media ushered in a new era of openness in the country's media landscape.

David DeCaires, who died on November 1, 2008, created it. In Guyana, Stabroek News is also the exclusive distributor of DirecTV Caribbean. Recently, there has been considerable controversy since unlicensed DirecTV Caribbean distributors in Guyana have failed to deliver services to people who have paid for them. 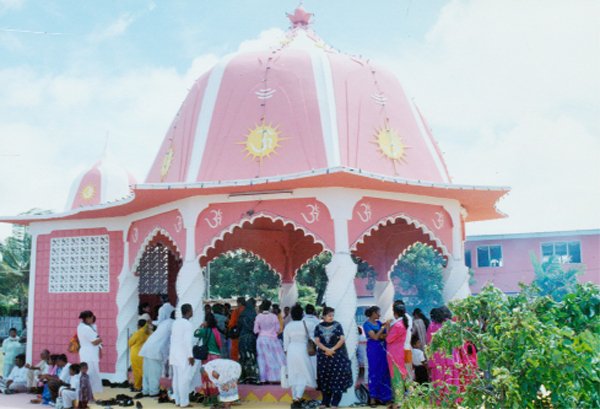 According to the Guyana National Broadcasting Authority (GNBA), the company that publishes the daily newspaper Stabroek News, Guyana Publications Incorporated (GPI), did not request a radio license from the authority.

GPI's General Manager Shaleeza Khan has been accused of being unjustly handled by the General National Broadcasting Authority (GNBA), which recently rejected the company's application for a main zone radio license, according to Stabroek News.

"I want to categorically reject that accusation and repeat that we work at a professional level, and we would never intentionally deny them the ability to broadcast," said Leslie Sobers, Chairman of the GNBA, during a press conference held at the GNBA headquarters on Friday.

He said Stabroek News was notified that no more frequencies were available in the primary zone, which was defined as Georgetown, Region Three up to the Essequibo River, the entirety of Region Four and the eastern portion of Region Five as well as the eastern portion of Region Four up to the Abary River. It is still possible to get a space in the secondary and tertiary zones, which include neighborhoods such as New Amsterdam and Anna Regina, according to him.

Initially, GPI filed for a radio license in February 2016, but the current board of directors of the GNBA was not in place at the time of the original application.

Several businesses were needed to reapply after the change to the Broadcast Act that occurred in 2017. GPI, on the other hand, submitted their application in November 2017, after the board of the GNBA had convened and made a decision on the awarding of licenses.

Although Stabroek News had applied, they did not meet the requirements and finally became completely compliant on October 6, 2018, according to Sobers, who added that by that time, the main zone had already been assigned to other broadcasters on the same frequencies.

He emphasized that the business had not been refused a license, but rather that they had been unable to get a frequency in the main zone due to technical difficulties.

Sobers said that GPI's application was submitted at the level of the GNBA's Legal and Licensing Body, implying that the committee recommended that the business be granted a license.

The National Frequency Management Unit (NFMU) distributes frequencies in the secondary and tertiary zones, according to Sobers. "As I previously stated, if they desire, they can have a frequency in the secondary or tertiary zone, but we only grant licenses for people to broadcast on those frequencies, which are distributed by the National Frequency Management Unit (NFMU).

Khan complained to the GNBA after receiving a letter telling her that her company's application for a radio license to operate in the main zone, which covers Georgetown, could not be completed. According to Stabroek News, Khan brought the matter to the attention of the board.

It noted that the business had submitted an application for a Radio Broadcasting Licence to operate a radio station inside the main zone on May 7, 2019, and that the letter was signed by the GNBA's Board Secretary, Rianna Bowman.

According to Health Minister Dr. Frank Anthony, there has been a lag in the uptake of the second dosage of COVID-19 vaccinations, and he encouraged people to finish their immunization schedule in order to be better protected.

As of Wednesday, 327, 519 people in Guyana had gotten the first dose of COVID-19 vaccination, but just 171,094 had received a second dose, according to Anthony's COVID-19 report. The number for first-dose users is 63.8 percent of the adult population in Guyanese, while the amount for second-dose recipients represents 33.4 percent.

While the number of people who have gotten the first dosage is substantial, Anthony pointed out that the same cannot be said for those who have received a second, particularly because about 30,000 people are now eligible for their second dose of the AstraZeneca vaccine.

Dr. Hyginus ‘Gene' Leon, who was born in St Lucia and became the sixth President of the Caribbean Development Bank just over four months ago, has said that the COVID-19 pandemic has exposed some of the region's frailties and pointed to some of the "structural issues" that have been impeding development long before the global pandemic hit.

The new CDB President got right to work, visiting a number of CDB member countries and meeting with heads of state and other officials to discuss a shared vision for a more purpose-driven relationship between the funding institution and its members. Even as the worldwide community concentrates on pandemic recovery, the message from the CDB's Chief Executive Officer seems to be that the region may find itself in a situation where it will have to work harder to achieve its recovery-related objectives.

30 Children Attempted Suicide In First Half Of 2021

According to the Human Services Ministry, 30 children, including 25 girls, attempted suicide in the first half of the year, and recent studies show that the COVID-19 pandemic has had a serious impact on mental health wellness.

The ministry released the statistics on Wednesday, ahead of today's World Suicide Prevention Day, while emphasizing the importance of recognizing warning signs and providing critical support. “Creating Hope through Action” is the theme for this year's commemoration.

President Joe Biden took aim at vaccination resistance in the United States on Thursday, proposing rules mandating most government employees to get COVID-19 immunizations and forcing big businesses to have their staff vaccinated or tested regularly.

The new rules, which Biden outlined in comments from the White House, would affect about two-thirds of all U.S. workers, or those who work for companies with more than 100 people. “We've been patient,” Biden said to the millions of Americans who have refused coronavirus vaccines. “However, our tolerance is running out, and your reluctance has cost us all.”

Of the face of a spike in COVID-19 cases from the fast-spreading Delta strain, Biden's policy and speech were his most forceful yet in encouraging Americans to get vaccinations. The outbreak has put the nation in jeopardy, as well as a president who campaigned on pledges to combat the virus and claimed earlier this year that the country was "closer than ever to proclaiming our independence from a deadly illness." According to statistics from the US Centers for Disease Control and Prevention, only over 53% of Americans are completely vaccinated, despite the Biden administration's full-throttled push encouraging all eligible Americans to receive free vaccinations (CDC).

“We're in a difficult patch, and it may continue for a while,” Biden said on Thursday. Senior administration officials stated that under Biden's proposal, vaccines would be required for more than 17 million healthcare workers at hospitals and other facilities that participate in the Medicare and Medicaid social programs for the poor, handicapped, and elderly.

Officials estimate that the new vaccine mandates would affect approximately 100 million employees or about two-thirds of all workers in the United States. The proposal is sure to encounter legal hurdles, and Biden's Republican opponents slammed it right away. It may take months for the requirements to take effect. Biden, a Democrat, previously mandated that government workers be vaccinated or tested. Unless they fall into one of the few exemption categories, government employees now have 75 days to be vaccinated or risk firing.

Even as the United Nations begins to point pronounce on the disparity in numbers between rich and poor countries in terms of administering covid-19 vaccinations, there appears to be growing concern that the dynamics of the rich/poor divide may serve as a compelling barrier to rolling back the global scourge of the coronavirus.

On Wednesday, the “UN and partner agencies responsible for the multilateral COVAX initiative” intended to guarantee equitable vaccination access for all” released a statement. According to the report, while 80 percent of citizens in high and upper-middle-income countries have received "a dose of covid-19 vaccine," only 20 percent of those "living below the top tiers" have.