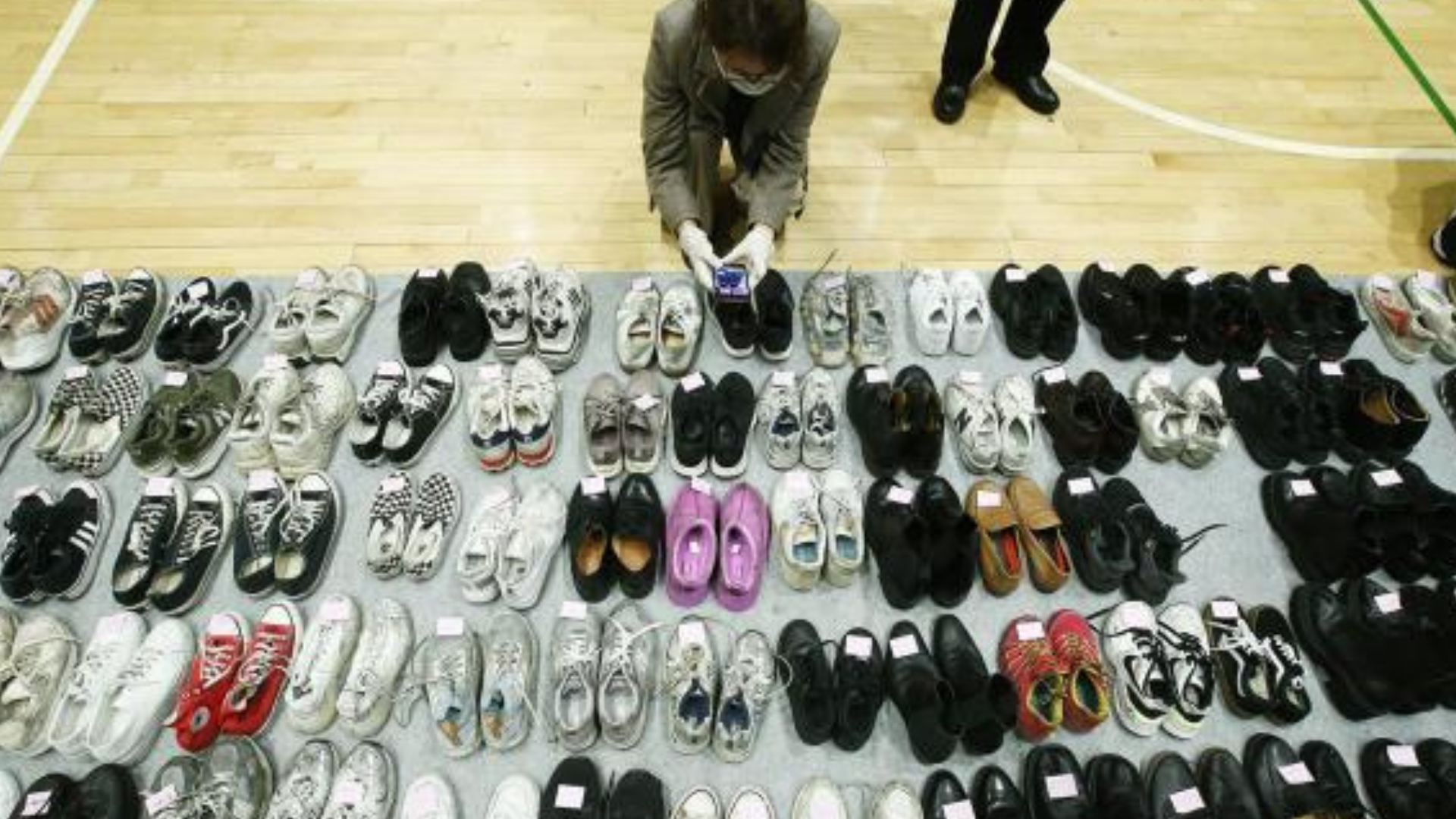 A temporary morgue for some of those killed in the South Korea Halloween Stampede has been transformed into a huge lost-and-found, with hundreds of belongings awaiting their owners.

On Tuesday, November 1, three days after the crush in the popular Itaewon district during Halloween festivities, the Wonhyoro sports center was quiet as a few people sifted through more than 800 recovered lost items.

The modern sports facility, located five kilometers from the disaster site, was used in the early hours to keep the bodies of some of the 156 people crushed to death when a chaotic surge of people poured into a narrow alley late on Saturday, October 29, 2022. The Wonhyoro sports center, which is normally used for volleyball games and community events, has already played a role in this tragedy: rescuers brought the bodies here in the immediate aftermath of the disaster.

On Tuesday, November 1, 256 pairs of shoes, 258 pieces of clothing, 124 bags, and 156 electronic items, as well as other personal belongings such as stuffed animal key chains and festive Halloween masks, were placed on the floor of the Wonhyoro sports center. At a police station, mobile phones and identification cards were kept separately.

There are also hundreds of items of clothing, including coats and movie character costumes, as well as handbags, Bluetooth earpieces, and a few passports, one of which belongs to a U.S. citizen.

They are some of the belongings left behind as people desperately tried to flee the crush that killed over 150 Halloween revelers in a Seoul neighborhood.

The majority of the victims were women, and many of them were missing shoes, which experts believe reflects the force of the crowd surge, which stripped footwear from their feet during the crash.

As people surveyed the large rectangles of cloth and plastic picnic tables with their dirtied and crushed items - a grim reminder of the high number of tragic deaths and injuries - the mood in the gymnasium was calm and pensive. 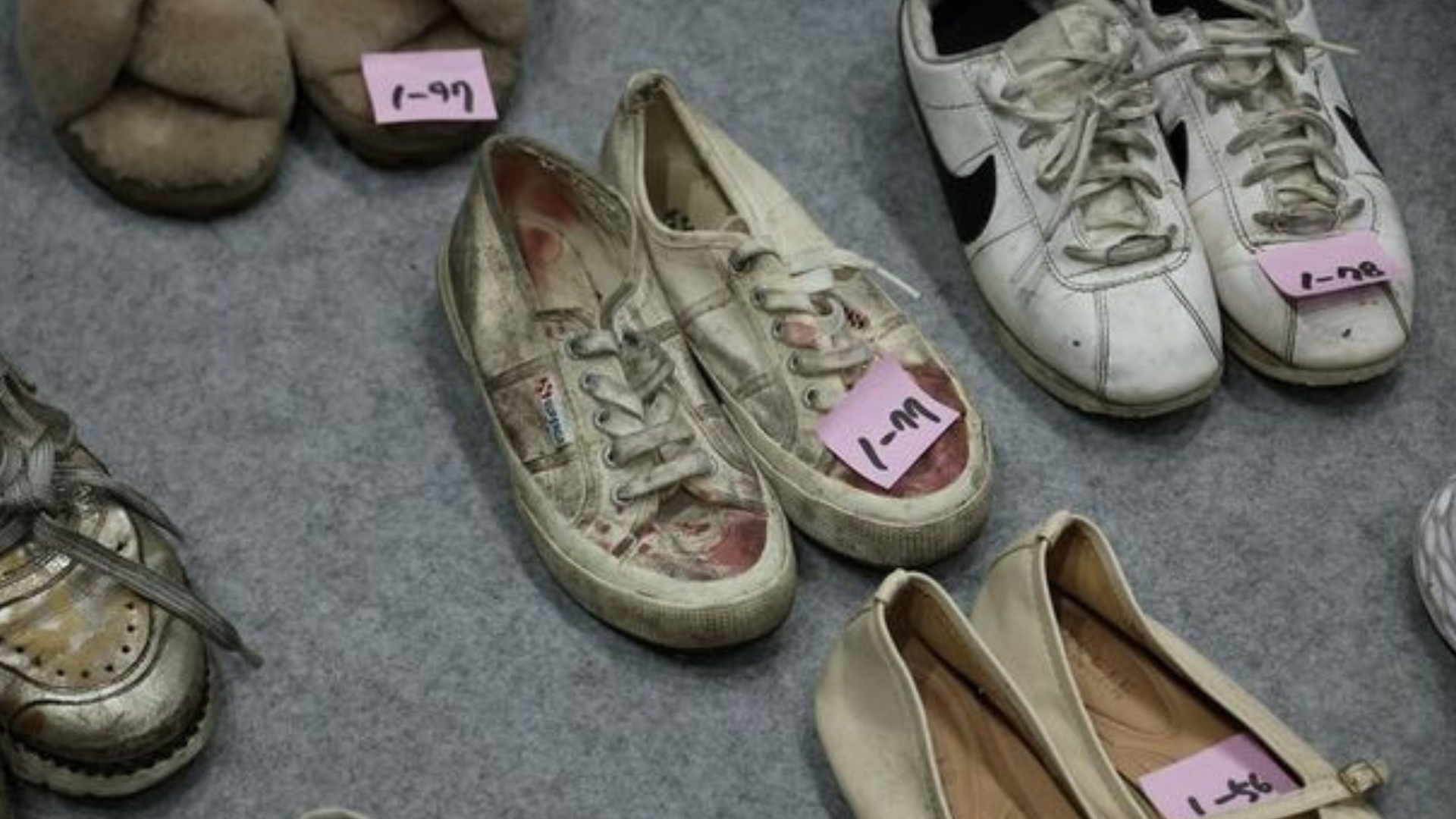 Family members entered the gymnasium one by one and in small groups, escorted by officials who hurriedly put on white gloves and led them to the tables to inspect and claim their carefully arranged belongings.

South Korea is in deep mourning for the 156 people killed, including 26 foreigners, in a crowd crush on Saturday night in Itaewon, where up to 100,000 people crammed into the narrow streets to celebrate Halloween.

Officials expected a large crowd because the area was popular for Halloween parties prior to the Covid, but police admitted they were unprepared for this year's crowd.

Yoon Hee-Keun, the head of the National Police Agency, bowed deeply as he began a press conference on Tuesday, admitting for the first time that night's failures on the part of the police in the capital.

Yoon claimed that officers did not adequately respond to the flood of emergency calls that came into the police call center prior to the disaster.

The calls were about emergencies telling the danger and urgency of the situation that large crowds had gathered before the accident occurred, However, we think the police response to the 112 (emergency telephone number) calls was inadequate.

South Korea Halloween Stampede took place in the nearby nightlife district Itaewon after tens of thousands of people gathered for Halloween celebrations. Police have gathered personal items left by victims and survivors in the hope that the owners, or their friends and family, will retrieve them.

A week of mourning has been declared for the 156 victims killed, and authorities are still investigating how the tragic events occurred.