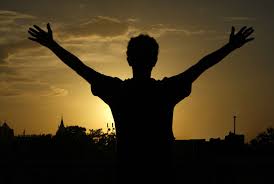 Governments had to be financially responsible within a solid monetary system, something that is unfathomable to generations raised on the news of the twentieth century. There was no way for the federal government budget to defy the usual laws of financial responsibility that govern any healthy normal organization, and which monetary nationalism sought to abolish while state education attempted to obscure.

The idea that human liberty and self-determination may coexist peacefully with political power is foreign to those of us still living who were nurtured on the propaganda of the omnipotent regimes of the twentieth century. That's how it was throughout times of greatest human growth and freedom: government was limited to protecting national boundaries, property, and individual liberties while allowing people to make their own decisions and enjoy the rewards or pay for the consequences. We'll discuss more about sound money, individual freedom and government functions.

Modernity's central con is the notion that the government must regulate the money supply. Almost every major economic school of thought and political party starts with this notion. Every effort to control the money supply has failed, and there isn't a scrap of evidence to back this up. The basis of all political freebies peddled to naive people is money supply management, which is really a problem posing as a solution.

Like crystal meth or sugar, it has a gorgeous high at the beginning that fools its victims into thinking they're invincible, but the come-down is brutal and leaves them craving more. It's a dangerous and addictive narcotic. There comes a point in time when one must make a difficult decision: to endure the painful withdrawal symptoms of ending the addiction, or to take a second dose and risk long-term harm.

Money Is Defined By The Government

Those who subscribe to the state theory of money believe that money is whatever the government says it is, and as a result, the government has complete discretion over how it is spent. This means that the government will almost certainly create money to fund its own spending priorities. So, the goal of economic research is to determine how best to grow the money supply and for what purposes. This hypothesis is, of course, refuted by the reality that gold has been used as money for thousands of years, long before nation governments were ever established.

Because central banks continue to accumulate gold notwithstanding the absence of any legislative mandate, its permanent monetary character is shown. The state theory of money proponents may have historical quibbles with these facts, but their theory has been obliterated in front of our very eyes over the last decade by continued success and growth of Bitcoin, which has achieved monetary status and gained value exceeding that of most state-backed currencies, due to its reliable salability despite no authority mandating its use as money. 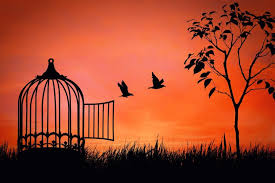 Birds released from its cage at sunset

Today, the two most widely accepted schools of economic thinking are those supported by the federal government. Despite their differences in methodology and analytical frameworks, these two schools agree on two irrefutable truths: first, the government must increase the money supply. As a second point, both schools are deserving of increased government support for their work on the really crucial Big Questions, which should spur new and innovative approaches to uncovering the first truth.

The two schools of thinking might arrive at the same result and be equally erroneous if you grasp their respective rationales. Even though Keynes never studied economics, the gibberish he produced in his best-known book, The General Theory of Employment, Money and Interest, was quickly raised to the stature of macroeconomics' fundamental principles because he was so well linked to the British ruling elite. Assuming the most significant indicator in judging the status of the economy to be aggregate expenditure throughout society, his theory starts with this premise.

Because Keynes was unable to comprehend causality and logical explanations, he didn't bother to explain why expenditure levels suddenly dropped, instead coining another one of his famous sloppy and absolutely useless figures of speech. "Animal spirits" were to fault, according to him.

Nobody understands precisely what these animal spirits are or why they suddenly falter, but that only means that a whole cottage industry of state-funded economists have built their careers out of trying to explain them or locate real-world evidence that correlates with these animal spirits. This study has been excellent for academic careers, but it has little relevance for anybody seeking to understand economic cycles in the real world.

For any economic downturn or increase in unemployment, there is a decline in aggregate expenditure, which may be reversed by government intervention, which will lead to more output and fewer jobless.