What Do We Know About Sonya Nicole Hamlin Apart from a Brief Marriage? 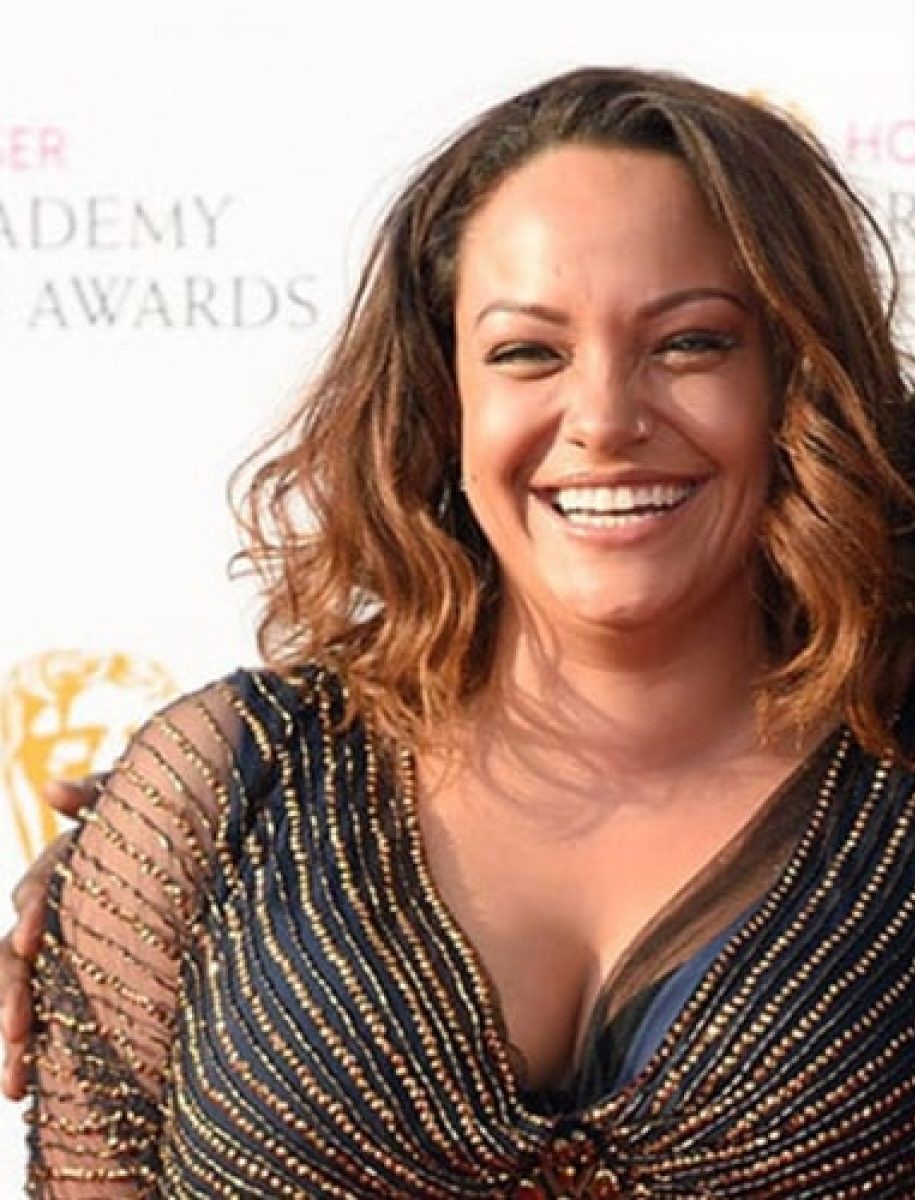 In an interview with Sonya Nicole Hamlin, the U.K.’s Daily Mail Sunday referred to her as the “secret” second wife of Idris Elba.

And this reminds me of the question that always comes to mind whenever I remember the beautiful Sonya Nicole Hamlin.

How did she do it? How did she manage to keep her life very private, far from the attention of the world, when she was married to Idris Elba?

Sonya’s ex-husband isn’t an ordinary man: an English actor, writer, producer, rapper, singer, DJ, and songwriter, Elba was a four-time Golden Globe nominee; an officer of the Order of the British Empire (OBE); one of People Magazine’s 2017 100 Most Beautiful People in the World; Essence’s 2013 Sexiest Man of the Year; one of Time Magazine’ 2016 100 Most Influential People in the World; People Magazine’s Sexiest Man Alive; and one of Powerlist’ 2020 Top 100 Most Influential People of African/African-Caribbean Descent.

As at the time of their marriage, Idris Elba was none of the things above. He was just an actor dreaming to become one of Hollywood’s A-listers; a young man still trying to find an eternal way out of Canning Town, the East London area where he grew up in poverty.

But even then, Elba was known around the world. That Sonya Nicole Hamlin could be married to him and yet the world knows just a little about her, is something to wonder about!

The beautiful Sonya Hamlin, who is also of mixed ethnicity, has established a reputation as an expert in Property Law. She has had an exceptional and ambitious career as a solicitor and real estate expert. She has had stellar education in this regard from Washington and London schools of law. She is currently practicing law in the United States.

In 2005, before Idris Elba’s manager and Sonya’s friend introduced the would-be couple to each other, Sonya was already an accomplished woman practising law, with a thriving firm and employees of her own. A year ago, Idris Elba had just given the world a stellar performance as Captain Muganza in Sometimes in April, a movie depicting the horrors of the Rwandan Genocide. He was shooting a movie, The Wire, in the same city where Sonya lived, Maryland. When their mutual friend introduced them, Elba was still a few years away from global fame. The romance was immediate and it didn’t take long for the couple to start living together in Maryland. Their lives consisted of what two people in love would do: go on dates, play around the house, cook together (Idris Elba is said to be a great cook), and share each other’s passion. They both loved boxing, and still do! 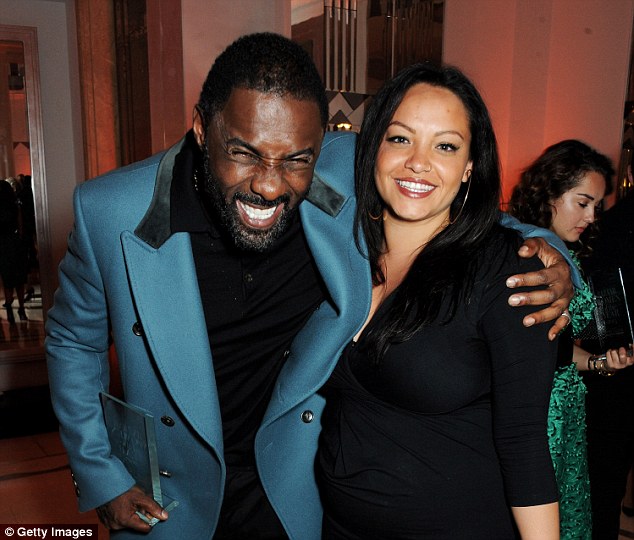 It was their love for boxing that took Sonya and Idris Elba to Las Vegas to witness Floyd Mayweather’s decisive victory over Zab Judah live. That same night, propelled by their apparent chemistry, Idris Elba cemented his place as the romantic lover when he asked Sonya to marry him secretly. Like Sonya’s life, her marriage was also a private affair: On April 9, 2006, the couple got a marriage license at the courthouse and drove, hurriedly, to the Kittle White Wedding Chapel, where they exchanged marital vows. Under that setting sun, Daniel Krastev, a total stranger, became the only legal witness. Once they returned to the hotel that same night, they informed their families about their decisions, had dinner, and then planned a secret honeymoon to Jamaica.

It was supposed to be the start of a blissful life for both Sonya Nicole Hamlin and Idris Elba.

Early Challenges In The Marriage

Distance proved to be the first challenge for the new couple. While Sonya continued to run her law practice in the city she’s spent much of her life in, Hollywood continued to pull Idris Elba in until he made California his home. But if the couple were able to manage this, then there was a bigger test coming their way.

Throughout her brief marriage to Idris Elba, Sonya had always endured intense moments. This is expected when you’re married to someone who is seen as a sex symbol and whose life has become the public’s business. A lot of people, including Elba’s friends in Hollywood, told him that Sonya wasn’t the type of woman for him. He’s a star who needs a star around him, something which, by deduction, Sonya wasn’t. They just didn’t understand what Elba saw her in Sonya.

In this interview, with the U.K.’s Daily Mail Sunday, Sonya mentioned: “It was very sad. Idris and I were madly in love, but he was getting a lot of flak for being married. Everyone was like, ‘Dude, you’re the hottest sex symbol!’ It wasn’t the right look. That’s what they were telling him. I wanted to save the marriage.”

Six weeks after that first dramatic and memorable proposal and secret wedding in Las Vegas, the marriage was coming to an end.

If the couple found it easier to marry, they weren’t so lucky to go on their separate paths. First, the media, following Idris Elba’s private life for long, were about to have a field day. The lifespan of the marriage was partly responsible for that– it lasted just six months! Another reason could be due to the random nature of Idris Elba’s relationship with women, whom Sonya was seen as the victim.

The marriage was too short that when the law court in Maryland was about to put a strain on the divorce processes, Sonya brought her legal shrewdness to view and commandeered the case, filing for divorce in Nevada instead.

When the marriage legally ended, Sonya continues to remain friends with Idris and still gives him support in his career.

Since her marriage ended with the famous actor in 2006, Sonya Nicole Hamlin has remained single. Immediately after the divorce, Sonya, who has tasted success early in life, couldn’t bear the marital loss. When the 2008 recession came and affected her business, she filed for bankruptcy in 2009. Suffering from depression, she refused to date for years. Idris Elba, on the other hand, has gone on to date Sabrina Dhowre, a Somali-Canadian. They two married on 26 April 2019, in the kingdom of Morocco.

Today, Sonya’s business is back on track and although she rarely makes appearances in public, the media lens is still on her. She lives in Maryland and there’s still nothing to show she’s dating someone.

As earlier mentioned, Sonya enjoyed a successful career as a lawyer before Idris Elba came into her life. After the 2008 recession, she pulled through it successfully and has sustained herself quite well financially. As of 2020, Sonya Nicole Hamlin’s net worth is said to be around the region of $1.6 million to $2 million.

Sonya is a passionate fan of boxing, a love which she shares with her ex-husband. She also enjoys chocolate, music, spending time alone by the seaside, and keeping a robust leisure time. By all indications, she is happy with her life.