Meteorologist Shanna Mendiola - Her Life in a Nutshell 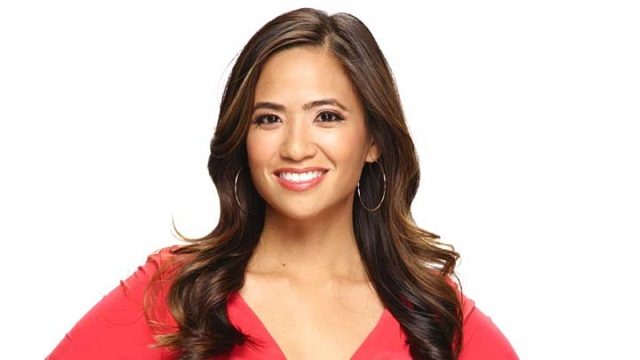 Hard work and perseverance paves the way for people to achieve their long-time dreams and goals. Although it may take a long time and a lot of hardships, sooner or later, those who have persevered will reap what they sow.

The same happened to Shanna Mendiola, who firmly believes that our current sufferings are not worth comparing with the glory to be revealed in us. You might be wondering who Shanna Mendiola is. For that, let's keep on reading to know her better.

Who Is Shanna Mendiola? 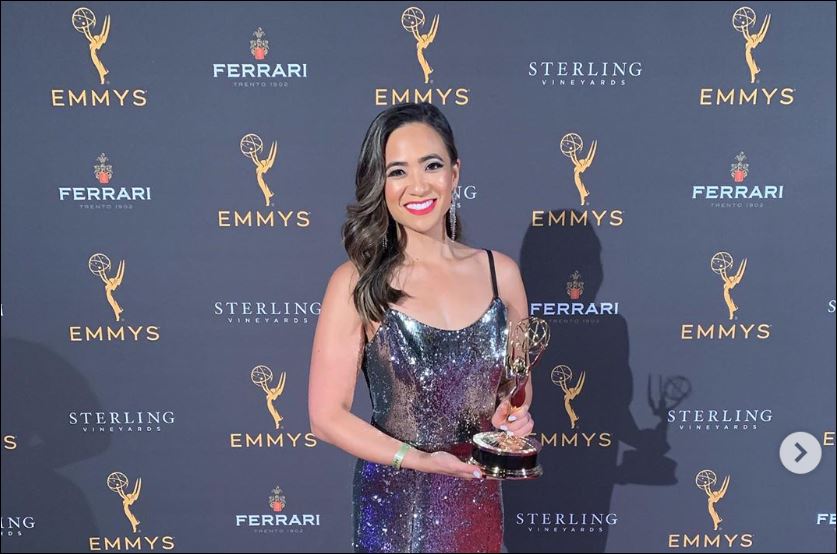 For the Filipinos, Shanna Mendiola is a pride of the country. She is an Emmy Award-winning Fil-Am Meteorologist. She was born in Ohio, United States, on October 27, 1984. Her mother, a nurse, was hailed from the historical city of Iloilo, Philippines.

Shanna spent her childhood in California. They resided near the ocean, where she first fell in love with the weather and water. Growing up, Shanna has always watched TODAY Show's Al Roker every morning. She had developed a liking for science and technology when her mother pushed her to pursue a STEM field.

Shanna grew up with an open-minded family who supported her dream all the way, whether it is to the liking of her parents or not.

Filipinos are very strict when it comes to education. Being raised with a Filipino mother, Shanna learned how to read and write at an early age.

Shanna started her primary education in California, where she grew up. Before she can enroll in college, her mother wanted her to pursue a nursing career and follow her footsteps – a very typical characteristic of Filipinos. But Shanna did not want to be a nurse because she didn't like blood and needles, although she loves science. One time, her mother tried to convince her that she ended up bringing Shanna to a 'Take Your Daughter to a Work Day' program at the hospital where she was working.

But contrary to what she was planning, Shanna became more passionate about science. The program's keynote speaker was a news anchor, and he had presented his workplace and the positions available such as a meteorologist. Fascinated about the presentation, Shanna asked her mother if she can do that kind of job. Her mother, as supportive as she is despite her wanting Shanna to be a nurse, responded that if it is something she wants to do, then she can do it.

During her high school years, Shanna always made sure that she will be at the top of her class when it comes to science. After high school, she pursued her passion at San Francisco State University, where she received her Radio and Television degree. She further followed her dream of being a meteorologist by taking a Mississippi State University course, where she received her Meteorology Certificate.

In an interview, Shanna recalled how she always watched Al Roker's show every day before school. She stated that she feels blessed to be the first Asian American to have done a splendid job working in the same show. She further claimed that her achievement is a history.

Shanna started her career working at different TV stations. She traveled a lot and moved from station to station. Shanna worked for stations in San Francisco, Oregon, and Denver before joining NBC4 back in 2014. She affirmed that moving around is a part of her job as she needs to work her way up the ladder.

But she admitted that she found it hard the first time she was away from her family. For Filipinos, family means staying together. Being away is a major sacrifice. But after some time, she eventually got used to living alone, although she frequently visits her family in California. Each station she worked with has equipped her with the skills of a weather forecaster and experiences in covering dangerous calamities that strengthened her resolve in doing her job for the people. 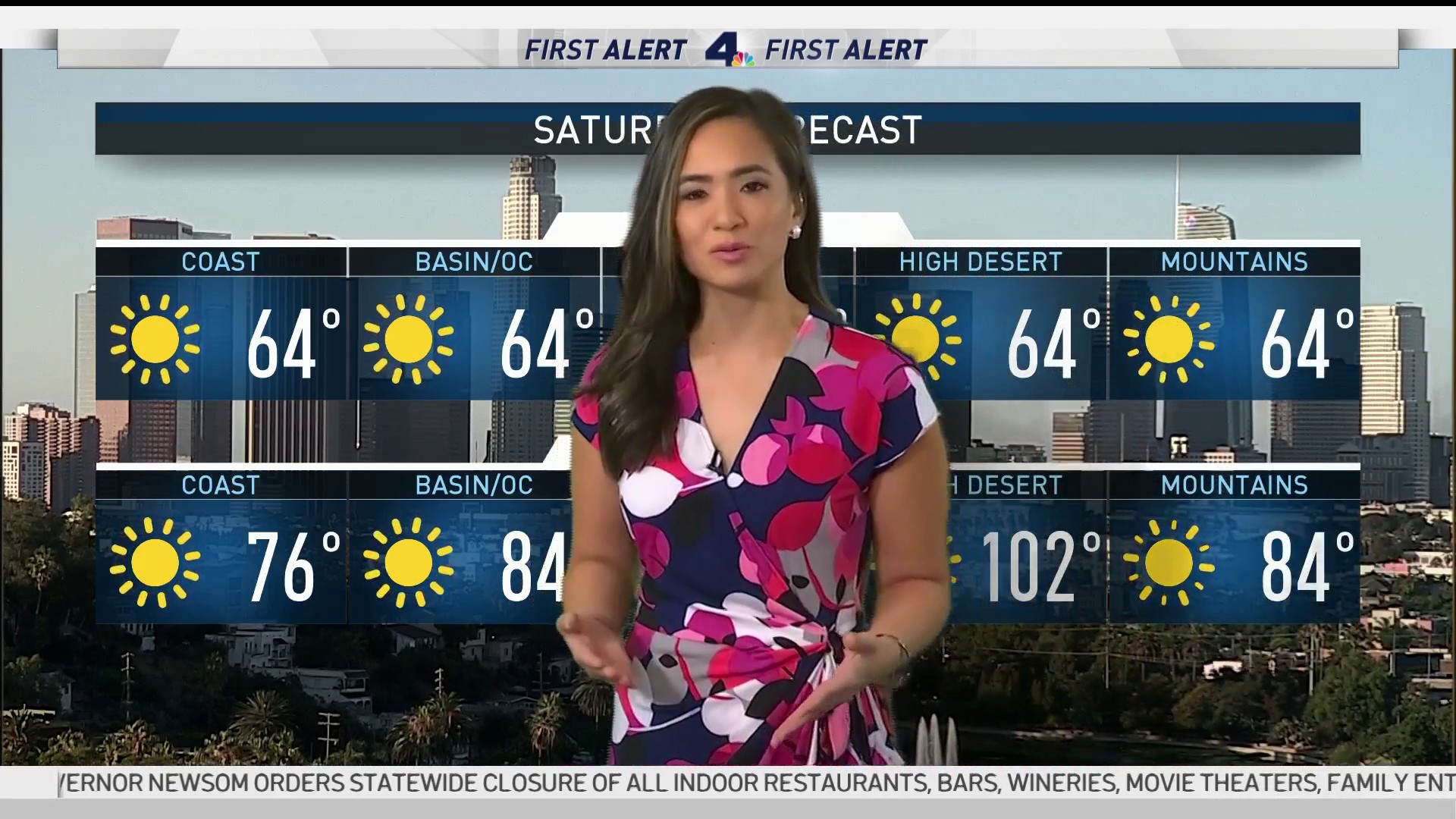 By the time she joined NBC4, Shanna had covered disastrous calamities over the years and had appeared on a national level. In 2015, she covered Hurricane Joaquin and Carolina Floods for MSNBC. She also covered Hurricane Harvey and Florence last 2017 and 2018, respectively. It seems that storms are her thing when it comes to weather elements.

Throughout her career, Shanna heard comments that her job is easy as pie. But reporting and covering weather news is not as easy as it may look. Being a meteorologist doesn't only mean talking, smiling, and being pretty in front of the camera. In an interview, Shanna shared how she starts her day.

Shanna starts her day at 2 a.m., and by 2:30, she makes sure that she is already at the station for the weekday morning newscast where she was working as a meteorologist. And for the next hours, she prepares, then she starts airing from 4:30 to 7 a.m.

When asked how she managed her time well and still looked fresh after a day's work, Shanna replied that she loved what she was doing, so she could make it through the show. Besides informing people about the weather and other elements, Shanna is also noted for her philanthropic nature. She loves helping people. Shanna also volunteers in social causes such as Identity LA, Filipinotown Festival, and the Philippine Development Foundation Gala. Moreover, she also sent support to the affected Filipinos of Super Typhoon Haiyan in 2013. She also has a soft spot for children with disabilities and supports those who have vision impairments. In the show 'Dancing with the Anchors', Shanna won a hefty amount of $7,000. Instead of putting it on her bank account, she gladly donated all of it to the Centre for Blind Children.

Due to Shanna being a private person, there is not much information revealed regarding her relationship. But recently, a photo of her with Brian Tong circulated on the internet. And it caused such a commotion that people started to make up their conclusions.

But people who have concluded that they are in a relationship might be right because there were several occasions where Shanna was spotted spending time with Brian's siblings and family. For all we know, they could be now planning to settle.

With her career as a professional journalist, news reporter, and meteorologist, Shanna is expected to have an estimated net worth of $200,000 by 2021. Although it is not much compared to the millions that other famous people have, we can note that Shanna's wealth was the fruit of her hard labor since the day she started working until now. Unlike others, her wealth is solely hers and did not come from her parents or husband (if there is any).

Shanna loves doing philanthropic works during her free time. Instead of doing nothing all day, she pampers her heart by helping people. She likes to encourage and motivate people to start having a healthy lifestyle, mostly since she was a blood clot survivor back in 2015. 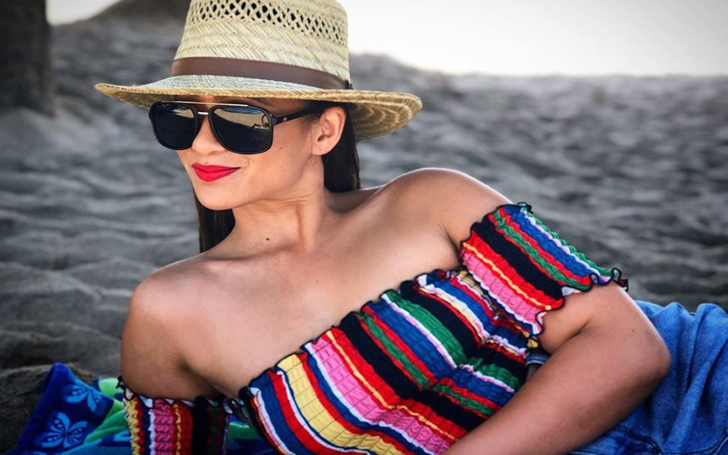 Shanna continuously does her job as a meteorologist and brings glory to her Filipino heritage. Aside from that, she never stops lending a helping hand and empathetic heart to the needy. Shanna Mendiola is truly an inspiring person. Not only is she devoted to her work and passion, but she is also devoted to serving people with what she has. In essence, we can see her Filipino heart working when it comes to being compassionate in all aspects of life.