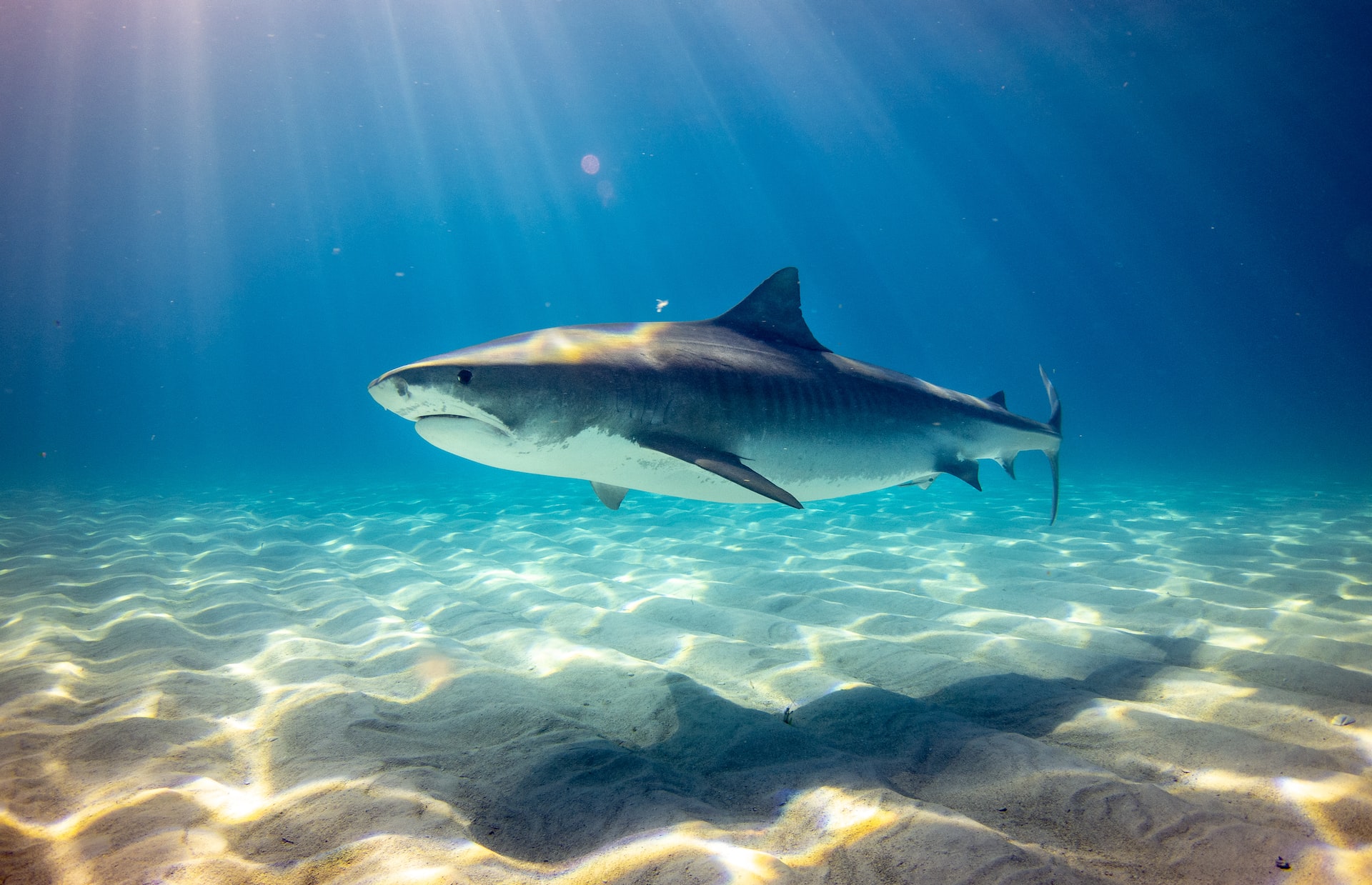 Scientists discover the largest seagrass prairie in the world with the help of tiger sharks. Researchers led by marine scientist Oliver Shipley and published their findings in Nature Communications on November 1.

They found that the Bahamas Banks, a group of underwater plateaus around the Bahama archipelago, have seagrasses covering 92,000 square kilometers. Half of Florida might fit into the region. Due to this discovery, the projected seagrass coverage throughout the world has grown by 41%.

At rates 35 times greater than tropical rainforests, seagrasses may store carbon for millennia. It is estimated that the newly mapped sea prairie stores 630 million metric tons of carbon, or almost a fourth of the carbon stored by seagrasses globally.

Seagrasses serve as a haven for a wide variety of marine life, from larvae to adulthood, as well as providing a boost to commercial fishing and protecting shorelines from erosion. They play a crucial role in climate change mitigation because they capture and store large quantities of carbon on the ocean floor.

However, they face danger from a number of sources, including shipping and boating, coastal development, and more intense extreme weather. It is estimated that annually, about 7% of seagrasses are lost around the world. Seagrass meadows in the United Kingdom have declined by 90 percent over the past few centuries.

Shipley claims that the process of mapping all that seagrass was enormous. His team went into the clear blue waters 2,542 times to conduct in-depth surveys of the meadows, using data gathered from satellites as a guide.

They enlisted the help of eight tiger sharks, too. When hunting for prey, sharks patrol fields of wavy seagrasses, much as lions pursue zebra through thick grasses on the African savanna.

We wouldn’t have been able to map anywhere near the extent that we mapped without the help of tiger sharks.

They used drumlines to catch the sharks, then brought them onboard the boat where they attached a camera and tracking device to the back of each animal before releasing them. In just 10 minutes, the sharks were usually swimming again.

How Tiger Sharks Helped In Study?

Following sea turtles and manatees, which feed on seagrass, has been proposed as a means of locating such areas. Tiger sharks were a good option since they swim further and deeper than other shark species.

The size of seagrasses worldwide is unclear, but with the aid of tiger sharks, researchers were able to identify, for the first time, the whole area of the seagrass situated in the Bahamas. The Bahamas Banks is home to tiger sharks, a large, oceanic top predator. They travel great distances along the shoreline and cluster together in seasonal hotspots, with the adults favoring seagrass as a habitat.

Tiger sharks are well-suited to assist map seagrass ecosystems because they dive deeper than other shark species that like similar environments. The crystal clear waters of the Bahama Banks enable seagrass to thrive considerably below the usual depths accessible to SCUBA divers.

The researchers tagged and monitored individual, free-swimming tiger sharks and fitted them with biologging camera packages, including the first-ever deployment of a 360-degree camera carried by a marine animal. This gave the researchers with access to hours of ocean bottom film.

By utilizing existing spatial estimates, remote sensing, underwater diver surveys, and movement data obtained from the instrument-equipped tiger sharks, the authors of this groundbreaking study have identified an area of at least 66,000 km and up to 92,000 km of seagrass habitat across the Bahamas Banks. To put it another way, the Bahamas have the world's largest seagrass ecosystem.

Seagrass is endangered by dredging for coastal development and a drive to mine for aragonite in the Bahamas, and the researchers hope their finding will lead to greater safeguards for seagrass elsewhere. When it comes to using natural methods to combat the consequences of climate change, seagrass and other coastal ecosystems are among our strongest friends and assets.