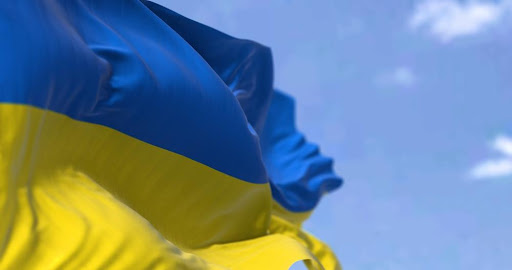 Billionaire Rinat Akhmetov is suing Russia in the European Court of Human Rights, Europe’s top civil court. The suit was filed on June 27, 2022, by System Capital Management (SCM), a holding company for Akhmetov’s financial assets. It requests compensation for Russia’s "grievous violations of his property rights,” which are primarily the result of Russia’s invasion of Ukraine. The suit doesn’t specify the compensation that Akhmetov is seeking, but it will likely be in the billions of dollars.

Akhmetov’s net worth was $15.4 billion in 2013, according to Forbes. However, Russia’s political and military actions since then have significantly reduced that figure. In 2014, separatists backed by Russia began fighting in eastern Ukraine, where many of Akhmetov’s physical assets are located. In addition, Russia’s own forces invaded that region on Feb. 24, 2022, beginning an offensive still in progress as of mid-July. Akhmetov’s net worth is hard to estimate due to this ongoing war, but analysts agree that it’s dropped dramatically over the past nine years.

In addition to the suit, Akhmetov requested a court order to prevent Russia from causing further damage to his property, specifically his manufacturing plants in eastern Ukraine. These plants have experienced significant destruction in recent months from direct artillery attacks and looting. Akhmetov points out that these actions have raised the prices of grain and steel throughout the world, as they are important exports for Ukraine. Furthermore, the loss of grain is causing starvation in countries like Moldova, Lebanon, Niger, and Madagascar, which are almost entirely dependent on Ukraine for grain.

Rinat Akhmetov has strongly condemned Russia’s invasion of Ukraine, saying, "Evil cannot go unpunished. Russia's crimes against Ukraine and our people are egregious, and those guilty of them must be held liable." He adds, “These barbaric actions must be stopped, and Russia must pay in full." Dmitry Peskov, a Kremlin spokesperson, responded to the suit by saying Russia isn’t under the jurisdiction of the European Court of Human Rights. The Kremlin has previously dismissed allegations that its armed forces are stealing supplies from occupied Ukrainian territories.

The combination of several factors make Mariupol an attractive military target for Russia. It has a large industrial infrastructure, making it a major economic hub in Ukraine. Its manufacturing facilities could easily be converted to aid in Russia’s war effort, especially regarding equipment made of concrete and steel. In addition, Mariupol is the only large Ukrainian city that’s close to the Russian border, so its capture would give Russia a land bridge from the peninsula of Crimea. This region officially belongs to Ukraine, although it has been under Russian control since 2014.

As a result, the Russian bombardment of Mariupol has been particularly fierce, reducing much of the city to rubble. Attacks against this city have also crippled Ukraine’s economy. The population of Mariupol was about 400,000 before the war, but most citizens who were left homeless from the attacks have been evacuated to other cities. As of mid-July, less than 100,000 civilians remained in Mariupol.

Their treatment by Russian forces has been brutal, according to firsthand accounts. Vadym Boychenko, mayor of Mariupol, reported in April that the number of civilian casualties in his city had reached 10,000. Multiple observers have also made allegations of attacks against civilian targets, including a theater being used as a shelter. Associated Press reports that this attack killed 600 people.

Much of Akhmetov’s assets are in the eastern Ukrainian city of Mariupol, including the Azovstal Iron and Steel Works plant. This facility has been a major target of Russian attacks and the biggest cause of financial damage for Akhmetov, who reported losses of $17 billion to $20 billion from the plant in May 2022. This figure includes physical damage to these facilities and the loss of revenue due to Azovstal’s near-total shutdown.

Many civilians were housed in Azovstal’s underground tunnels and bunkers while awaiting evacuation. In May, Sviatoslav Palamar, deputy commander of Ukrainian forces in Mariupol, reported that Russian troops had stormed the plant in violation of a truce that allowed civilian evacuations to be carried out without Russian opposition. Kremlin spokesperson Peskov denied these allegations, saying the humanitarian corridors from Azovstal remained in place. However, Planet Labs PBC provided satellite images showing smoke coming from buildings on the plant grounds. Boychenko reported that over 200 civilians were in Azovstal at the time of the attack.

By mid-May, the last Ukrainian defenders in Mariupol were confined to Azovstal’s underground complex after two months of intense fighting. These forces consisted of the Azov Battalion and the National Guard, which soon ran out of essential supplies like food, water, and ammunition. In addition, hundreds of Ukrainian soldiers were wounded and unable to receive significant medical treatment.

The Azov Battalion reported on May 16 that it had received orders to keep its members alive by any means necessary. In accordance with these orders, Ukrainian forces agreed to a ceasefire and began planning to evacuate their soldiers, beginning with their wounded. The first evacuation occurred on May 17 with a group of 53 soldiers who were taken to a hospital in Novoazovsk. This city is located in Ukraine’s Donetsk oblast, which is under Russian control.

During the next few days, an additional 211 wounded went to Olenivka, another city in Donetsk. About 2,500 Ukrainian soldiers were evacuated from Azovstal and transported to various cities in this region.