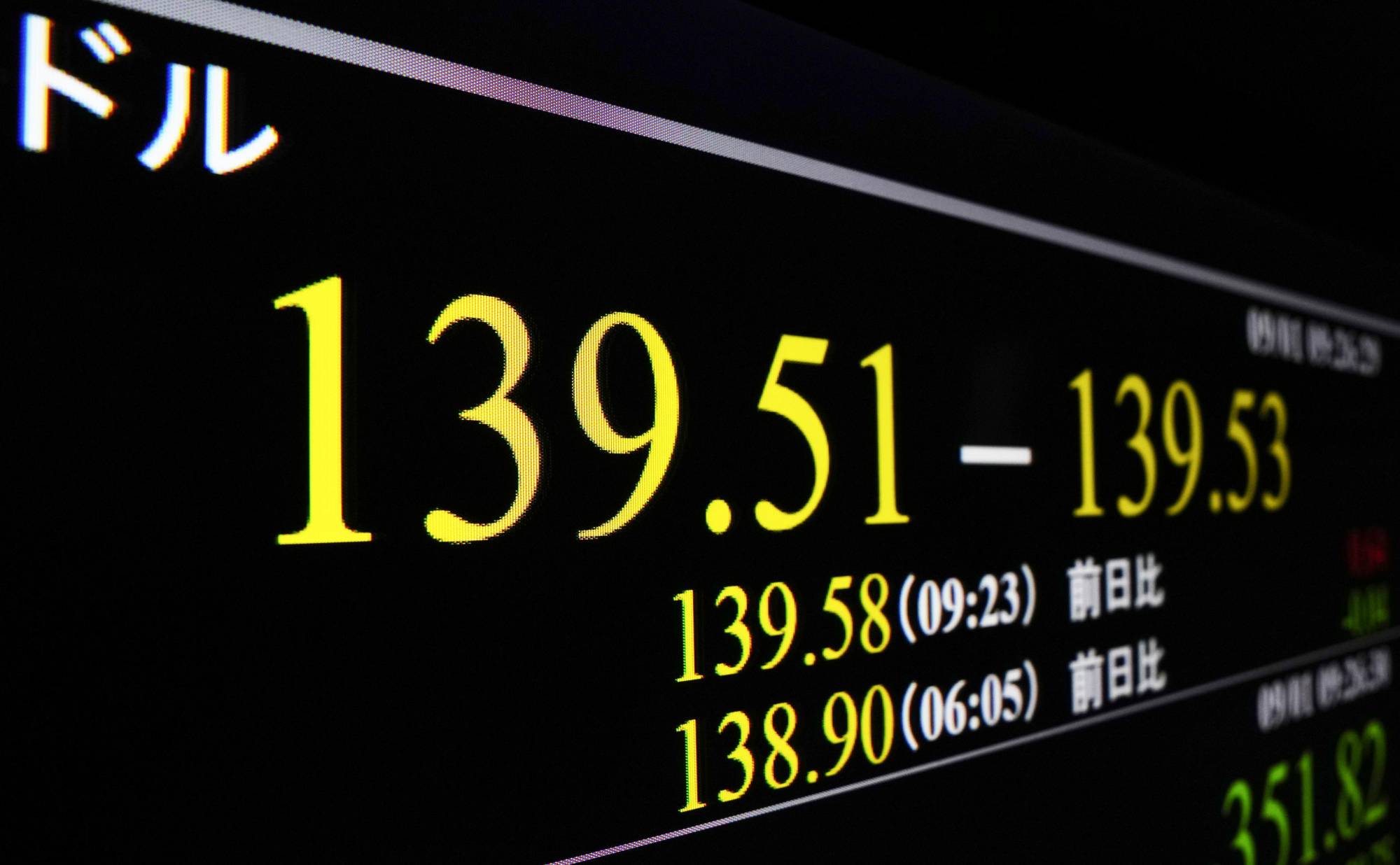 The reversal of the Yen to 140 yen per dollar, a significant drop toward a significant psychological level, has reignited speculation about the likelihood of the government intervening to support the currency.

With traders refocusing on the interest rate differential between Japan and the rest of the world, and amid a chorus of hawkish Federal Reserve commentary, the yen has fallen close to 4% this month and was trading near the 138.50 level on Tuesday.

That's just a hair's breadth away from a new 24-year low and the 140 level that some market observers have identified as critical for policymakers.

"As 140 approaches, there will almost certainly be some sort of verbal intervention," said David Lu, director of NBC Financial Markets Asia in Hong Kong. "However, an actual intervention is unlikely to be effective at this point, when the dollar is broadly rising on U.S. monetary policy prospects and the Bank of Japan offers no support for the yen."

Fed Chair Jerome Powell's speech last week in Jackson Hole made it clear that concerns about the economic slowdown are not a priority, putting an end to any hope of a rate cut. In contrast, BOJ Governor Haruhiko Kuroda reiterated the need for further easing, emphasizing the stark differences between Japan and the United States that weighed on the yen earlier this year.

According to Bloomberg data, a gauge of the yen's implied volatility from the options market indicated a 51% chance that the yen will reach 140 within a week. While Finance Minister Shunichi Suzuki acknowledged on Tuesday that there was significant movement in stocks in response to Powell's remarks, he downplayed the impact on foreign exchange levels.

"Currencies move in different ways depending on the circumstances at the time." "They basically move in line with fundamentals," he explained. He went on to say that the ministry respected the BOJ's independence and expected it to carry out policy responsibly while keeping the big picture in mind.

If the yen falls to a new 24-year low, a three-party meeting between the Ministry of Finance, the Bank of Japan, and the Financial Services Agency is possible, according to Masafumi Yamamoto, chief currency strategist at Mizuho Securities in Tokyo. That's what happened in June when officials said they'd take action if necessary, but didn't say what. The yen was trading around 134 per dollar at the time.

"As long as the US keeps raising rates, the yen has more room to fall to around 142," Yamamoto said. However, "because the dollar's rise is linked to policy outlook, Japanese authorities are likely to see actual currency intervention as futile at this point."

The yen was last supported by Japan during the Asian financial crisis in 1998 when it reached around 146 to the dollar. It had previously intervened at around 130 levels.

Some strategists believe a policy shift from Japan's central bank is more likely than outright currency intervention, though economists doubt such a move will occur before Kuroda's retirement in April.

We don't think the BOJ and the Ministry of Finance will be happy to see us constantly moving above 140, however, rather than currency intervention, we believe that a tweak to the yield-curve control policy is more likely.