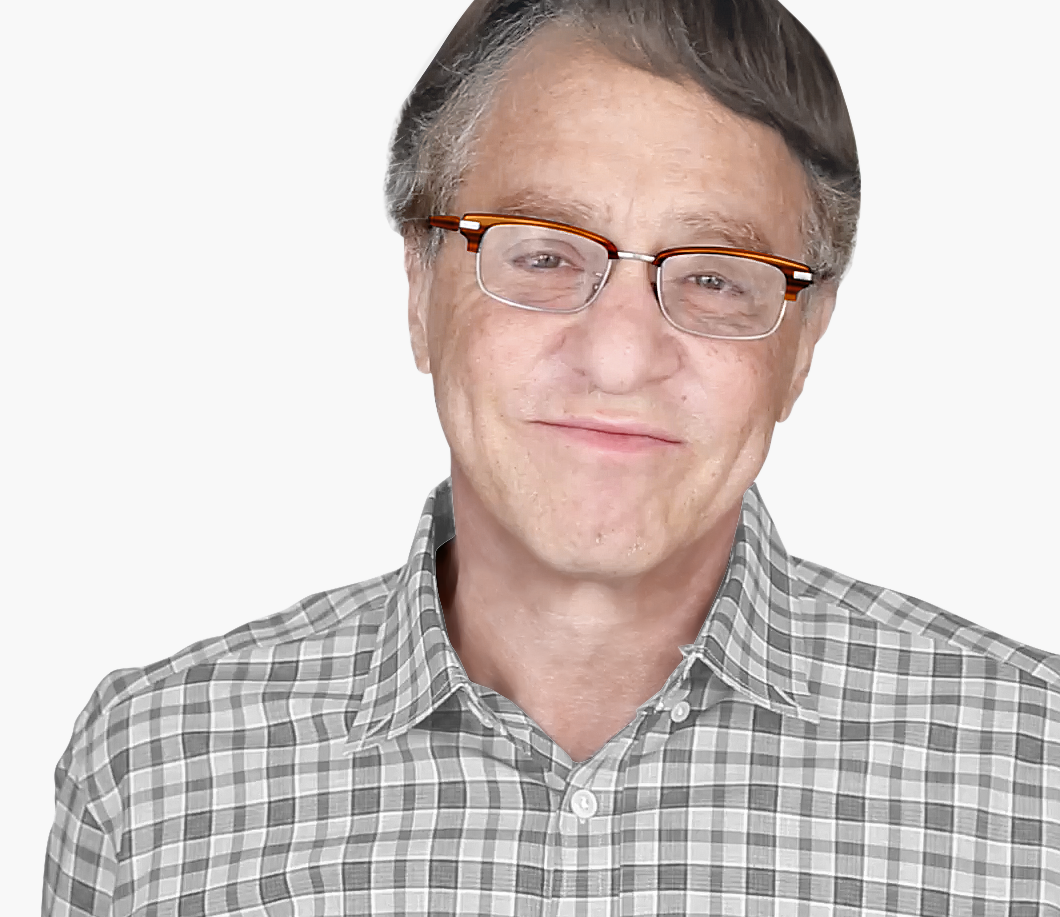 According to CRN, Ray Kurzweil is as follows:

For Ray Kurzweil, the process of the successful invention is a dialogue, a communion between the inventor and society, all in the context of perfect timing. His own seminal contributions to technology stem from a lifelong passion to better understand what it is to be human—to divine the origins of human intelligence and, indeed, its relationship to our very biology.

The conversation reaches back to an early age, 12, when the Queens Village, N.Y., native began programming on a computer he built from spare parts acquired along Canal Street in New York City. Inspired by his father, a concert pianist, Kurzweil constructed a system capable of recognizing the patterns inherent in melodies written by Bach and Chopin and then using that information to compose original melodies in their style.

That early work in pattern recognition featured on Steve Allen’s television program “I’ve Got A Secret” back in 1965, became more fully realized in Kurzweil’s first major enterprise, Kurzweil Computer Products. The company was founded to explore the problem of how to “teach” a computer to identify scanned or typed characters regardless of the font used or the quality of the printed page.

But it was a mid-flight conversation with a blind businessman that triggered this serial entrepreneur’s most well-known, impactful invention—at least to date—and the one that has given him the most personal satisfaction, the Kurzweil Reading Machine introduced in 1976. This gentleman told Kurzweil that his one true handicap was being unable to read simple day-to-day material like signs in an airport terminal, meeting handouts or memos. Braille and talking books aided the cause, but Kurzweil estimates a mere 3 percent of the books published each year by the Library of Congress make it into this format. The conversation galvanized Kurzweil and his colleagues, and gave them a real-life application for their work in omnifont character recognition (OCR). 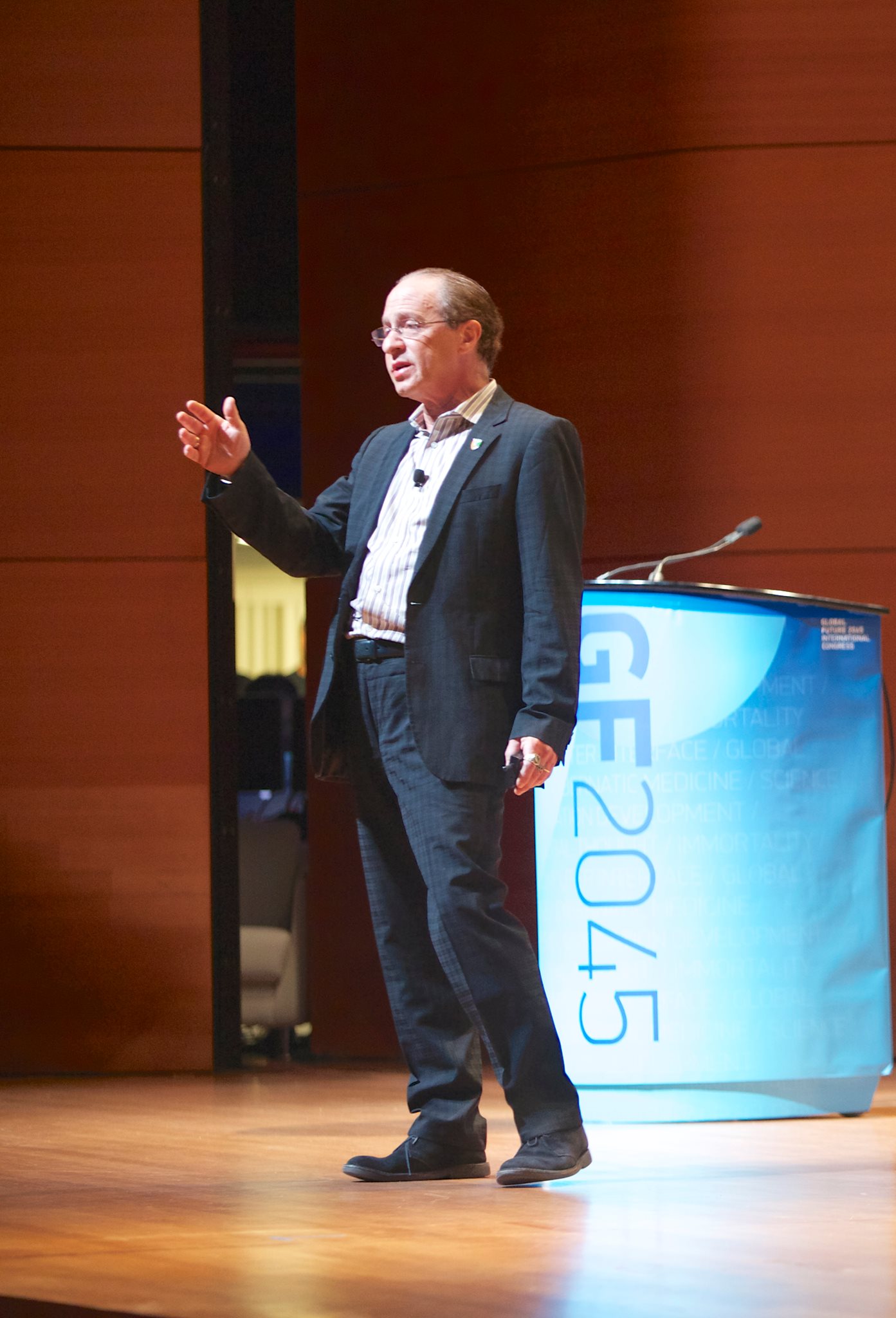 “My interest is not just in putting a device on the table and having a cool demo but to actually see people using and benefiting from these technologies,” he says. “That’s actually the greatest thrill— the sort of link between dry formulas on the blackboard and the real impact on people’s lives.”

In the case of the Kurzweil Reading Machine, the young inventor realized it would take more than just good OCR to create a practical solution. He needed technology to scan the materials in an everyday environment, a thought that inspired his first flatbed scanner, as well as something to give those scanned words a voice, which led to his text-to-speech synthesizer. The combination of these advances culminated in the first reading machine, a system with 65,000 bytes of memory that cost a whopping $30,000. Kurzweil in 1980 sold his company to Xerox (NYSE:XRX), which was interested in the scanning and OCR pieces. But he’s still deeply involved with the National Federation for the Blind and plans in the first quarter of 2006 to release a handheld edition of the reading machine.

Kurzweil realized through personal experience that inventors often must take matters into their own hands to realize their dreams. Consider just a few of the companies he has started: Ray & Terry’s Longevity Products, created after Kurzweil discovered he could control his Type II diabetes with a diet of his own devising; KurzweilAI.net, a Web site with more than a million readers that chronicles the impact of technology on society; and FAT KAT (Financial Accelerating Technologies from Kurzweil Adaptive Technologies), which applies pattern recognition to stock-market transactions. Like Thomas Edison before him, Kurzweil also believes in mentoring others with great ideas and has his hand in many, many fascinating projects, such as devices that help heart patients monitor their health at home through inexpensive electrocardiograms, something he’s working on with biotechnology concern United Therapeutics.

What Others Say About Him

“I think Ray’s highest calling, technically, is as a pattern detector,” says Martine Rothblatt, chairman and CEO of United Therapeutics, based in Silver Spring, Md. Rothblatt convinced Kurzweil to join her board after reading one of his books. “He’s a very sincere person. You are immediately struck by all these aspects, his honesty, his fervency. You feel like he’s an open book: You can ask him for an honest answer, he will square his shoulders and talk one-on-one.”

Mike Brown, a retired CFO of Microsoft (NSDQ:MSFT) who is involved with Kurzweil’s FAT KAT venture and has known him since they were on the Wang Laboratories board together in the early ’90s, says what makes Kurzweil unique is his ability to temper his impressive scientific brain with a healthy dose of business savvy. “If Ray called me up and said, ‘We want to do something,’ I’d just do it. He’s one of the unique people in my life,” Brown says. “[Bill] Gates is certainly unique, but Ray is uniquely unique. People think of Bill as a business guy; Ray is totally credentialed in both spaces.”

By any stretch, Kurzweil’s early upbringing was unusual. His parents fled the Holocaust, raising him as a Unitarian and exposing him to virtually every world religion at a young age. “The theme was ‘many paths to the truth,’ ” Kurzweil writes in the prologue to his fifth book, published this fall, “The Singularity is Near, When Humans Transcend Biology.” The book takes its cue from a notion popularized by science-fiction novelist Vernor Vigne, referring to the point in time where technological change will surpass human comprehension. Earlier, at age 8, the Tom Swift Jr. science-fiction series by Victor Appleton II provided Kurzweil with the philosophy that has guided him his entire life: The right idea has the power to overcome any problem.

And for Kurzweil, more often than not, technology provides the right formula to bring that idea to life. “Our incantations are the formulas and algorithms underlying our modern-day magic,” he writes in the prologue to “Singularity.” “With just the right sequence, we can get a computer to read a book out loud, understand human speech, anticipate (and prevent) a heart attack or predict the movement of a stock market holding. If the incantation is just slightly off mark, the magic is greatly weakened or does not hold at all.”

t would take far too much space to list every honor that has been bestowed upon Kurzweil or the achievements he has accomplished, so here are highlights: 12 honorary doctorates in science, engineering, music and humane letters; the $500,000 Lemelson-MIT Prize, the nation’s largest award in invention and innovation; and the 1999 National Medal of Technology, the nation’s highest honor in this field. He holds more than 14 patents in artificial intelligence, text synthesis, scanning and for the reading machine work, and he has published five books. Kurzweil’s wife, Sonya, is a child psychologist and he has a son, a business consultant, and a daughter, a choreographer.

Aaron Kleiner, CFO and vice chairman of Kurzweil Technologies, who has known the inventor for close to 40 years since the two were college roommates, said Kurzweil was known as the “Phantom” at MIT because he was always disappearing to work on some project. But contrary to the idea of the inventor as a solitary being, Kurzweil was a social creature, someone who always managed to hire the best musicians and bands for parties for the least amount of money, Kleiner recalls.

Even then, Kurzweil was unique for his certainty he could transform his wildest idea into reality, Kleiner says. “He doesn’t believe there are any limits to what’s possible. He firmly believes he’s going to live forever; he believes what he writes.”