The latest in the R. Kelly trial finds the R&B singer in another situation that could pull him down further.

On August 23, Charles Freeman appeared at the Everett M. Dirksen U.S. Courthouse in Chicago - Kelly’s hometown - to testify against him.

One of them, reported Sky News, was obstruction of justice.

This particular charge against Kelly is connected to the child pornography charges filed against him by the state back in 2008.

In that trial, he got acquitted.

According to ABC News, Kelly allegedly paid his supposed female victim - a minor - not to testify.

The victim’s no-show at the court compelled the jurors to acquit him.

Now on the eight day of this new R. Kelly trial in Chicago, Freeman made a major revelation in relation to his 2008 trial.

R. Kelly As A Sexual Predator

Based on a report by CBS Chicago, Charles Freeman used to work for R. Kelly during the ‘90s.

He handled merchandising for the R&B superstar’s concert tours back then.

From Kansas City, Freeman is now in Chicago for the recent R. Kelly trial.

So, last Tuesday, he told the court that the singer asked him to retrieve some video tapes he said were stolen from him.

According to Rolling Stone, sometime in 2001, Kelly called Freeman about the tapes and what he was going to do.

Freeman said that at that time, he had no idea what those video tapes were.

He added, though, that during their conversation, McDavid referred to one video tape as “performance tape.”

Freeman eventually agreed to do the task and signed a contract in August 2001.

The contract stated that he would receive $100,000 upon the successful retrieval of the video tape/performance tape.

It was the first retrieval task he did for R. Kelly.

The second one happened, as Rolling Stone mentioned in its report, “either late 2003 or early 2004.”

That was when McDavid reached out to him once more for another video tape to be recovered.

Freeman told the court at the Chicago R. Kelly trial that the second video tape was of sexual nature.

It shows Kelly performing sexual acts with two girls believed to be under 18.

One of them was Lisa Van Allen, Kelly’s former girlfriend.

As for the other girl, she was the one who didn’t testify in the 2018 R. Kelly trial.

In the ongoing Chicago trial, that girl confirmed to the court that she was the one in the video tape with Kelly and Allen.

She said she was 14 years old when it was recorded. 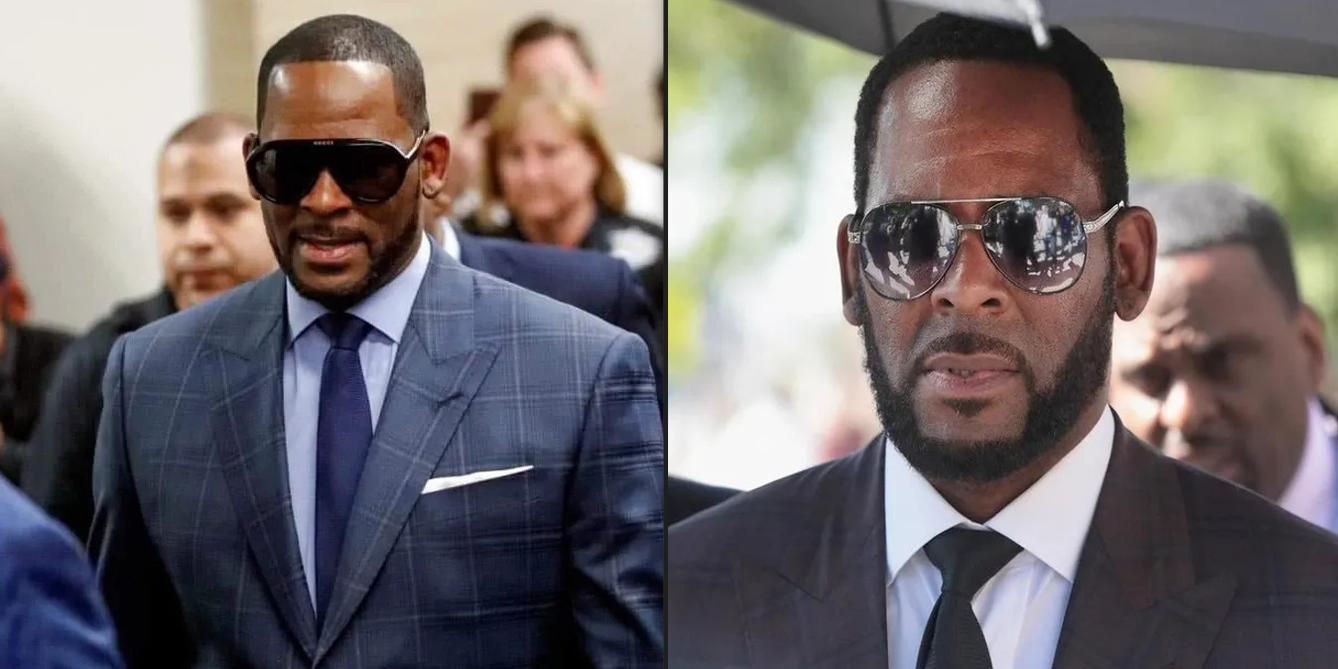 R. Kelly in a coat and tie and dark glasses in two different occasions

R. Kelly As A Singer

This another R. Kelly trial continues to eclipse how outstanding he is as a performing artist.

Robert Sylvester Kelly, who turned 55 this year, won over 100 awards.

Dozens of them were from the Billboard Music Award.

Three were from the Grammys, courtesy of his 1998 single, I Believe I Can Fly.

At the 40th Annual Grammy Awards in February 1998, that song he wrote made him bagged the:

The song is included in the soundtrack of the top-grossing film Space Jam (1996) starring NBA legend Michael Jordan. 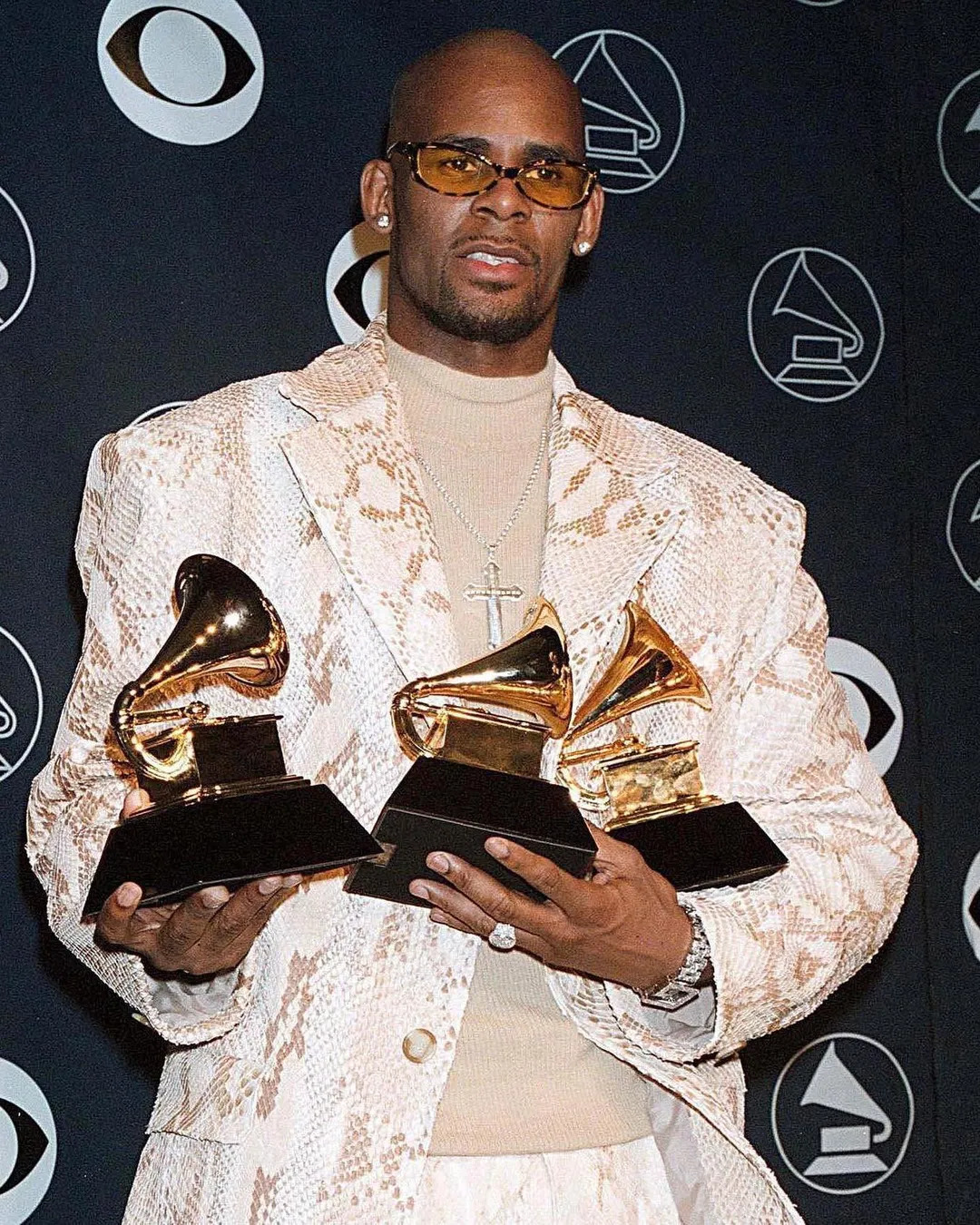 He has so far released more than 20 albums.

As a singer, songwriter, and record producer, he made tons of money.

At one point, according to Fox Business, Kelly’s net worth nearly reached $100 million.

The R. Kelly trials involved court settlements and alleged bribes that would make him cough out hundreds of thousands of dollars.

Per Celebrity Net Worth, the disgraced singer’s fortune is a negative $2 million as of 2022.

There was a six-week R. Kelly trial in Brooklyn last year.

The outcome saw the award-winning singer-songwriter behind bars.

In September 2021, the U.S. District Court in New York convicted him of these charges:

Today’s guilty verdict forever brands R. Kelly as a predator, who used his fame and fortune to prey on the young . . . for his own sexual gratification. 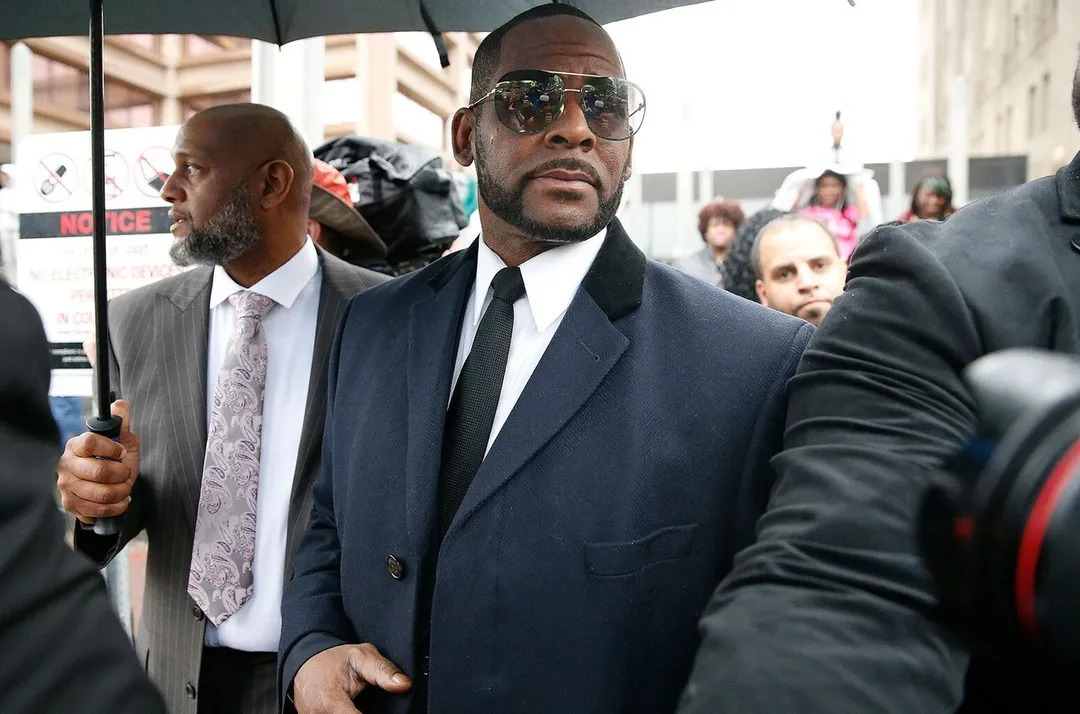 A bald man holds an umbrella for R. Kelly who is in a navy suit and dark glasses

Then this 2014 recipient of the Lifetime Achievement Award from The National Trial Lawyers added: