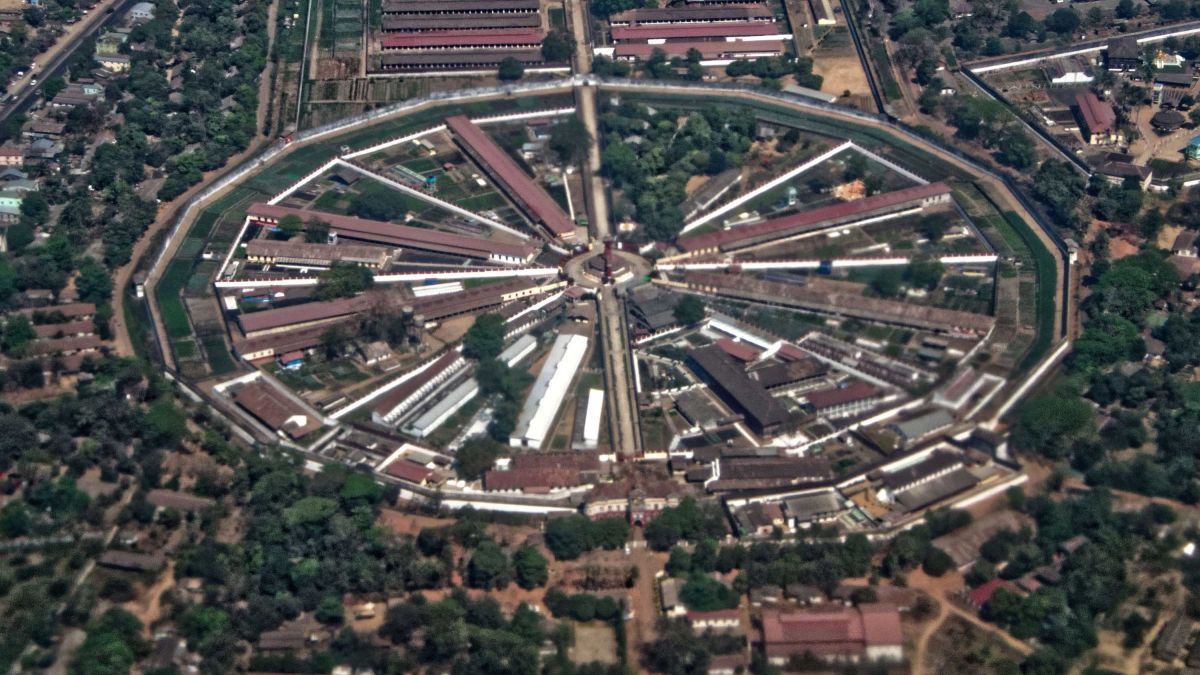 Parcel bombs and gunshots in Myanmar's largest prison kill at least eight people, causing soldiers to fire back, which resulted in several people losing their lives during the conflict, according to official media and a witness account.

In a statement that was shared on social media, an armed anti-junta gang claimed responsibility for the incident that took place at the Insein Prison, adding that it was retaliation against (junta chief) Min Aung Hlaing.

Today, the Special Task Agency of Burma (STA), carried out two attacks to execute the prison head. We’re retaliating against Min Aung Hlaing and the prison officers for continuously oppressing our revolution comrades.

- The statement shared on social media

MRTV, which is owned by the state, reported that the explosions were caused by "mines inside parcels," which resulted in the deaths of three jail officers, five guests, and 18 other persons. After the bombs went off at the parcel counter, according to a witness who was injured in the attack, there was also gunfire.

The officials stated that all five of the dead visitors were female relatives of those who were detained.

One of them was the mother of Lin Htet Naing, also known as James, a student leader who was detained by Myanmar's military authorities in June. During the week of her son's court appearance, she had been going to the prison to give a rice box to him.

Nay Win, Lin Htet Naing's father-in-law, claimed to have been given permission to visit her remains in the morgue.

"I feel very sad. Her husband died quite a while ago and she was the only one who always went and dispatched food and necessities to her son," he said.

Since becoming well-known as a student leader more than ten years ago, Lin Htet Naing, 35, has been taken into custody numerous times. He was detained in June for refusing to support the military takeover that overthrew Aung San Suu Kyi's elected civilian administration the previous year.

Phyo Phyo Aung, a mother of two and the wife of Lin Htet Naing, has been missing since she took part in the anti-coup demonstrations.

Since the military took over an elected government in Myanmar that was being headed by the party of Nobel laureate Aung San Suu Kyi and began a ruthless crackdown on opposition, the country has been in a state of anarchy.

According to the witness who spoke with Reuters, guards at the prison had begun firing their weapons in response to the explosions.

“As soon as I heard the blast, I ran out and that’s when I got hurt. The soldiers at the entrance gate fired shots recklessly,” said the witness, who refused to reveal his identity due to security reasons.

The badly injured were taken out of the prison, while the less serious injuries were treated at stores in the surrounding area. The media reports that a number of cases that were supposed to be tried in the court that is located next door have been canceled.

Since the coup that took place a year ago, thousands of political detainees have been sent to the most infamous jail in the country, which is called Insein.

Activist organizations voiced their condemnation of the incident and demanded that those responsible be "made accountable for their conduct."

The STA is one of the dozens of independent resistance groups that are fighting against the military regime in Myanmar. They have carried out multiple attacks, including a raid in August on the immigration office that is located in the Thingyunkyun township.