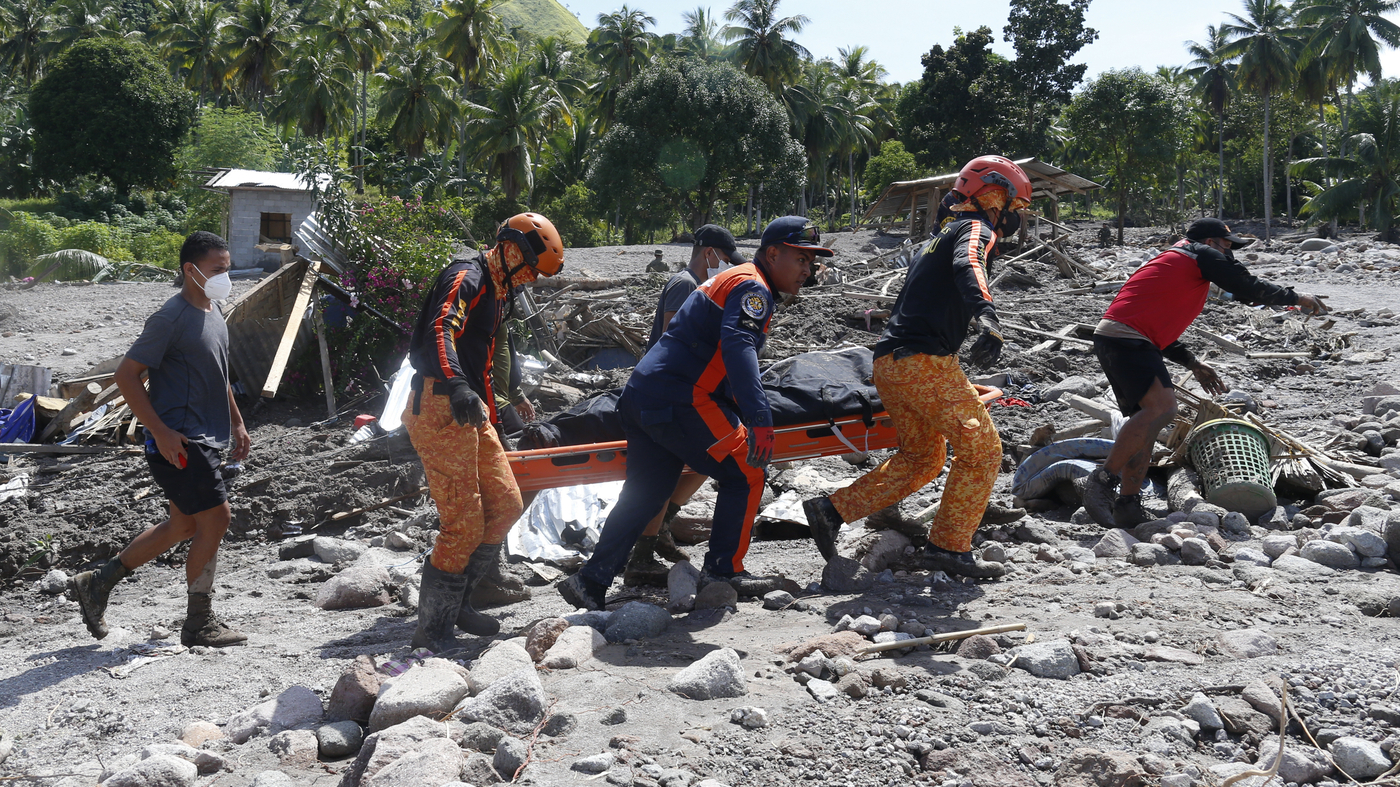 Over 100 people have died and more are missing after a storm hit the Philippines this year after villagers fled in the wrong direction and got buried in a boulder-laden mudslide. According to officials, about two million additional people were affected by flooding in different regions.

At least 53 of the 105 fatalities, most of which were caused by landslides and flash floods, were residents of the Muslim autonomous Maguindanao province, which was drenched by extremely high rains brought on by Tropical Storm Nalgae. On Sunday, the storm swept out into the South China Sea, leaving a path of devastation across a sizable portion of the archipelago.

As many as 80 to 100 people, including entire families, are feared to have been buried by a boulder-laden mudslide or washed away by flash floods that began overnight Thursday, according to Naguib Sinarimbo, the interior minister for the Bangsamoro autonomous region run by former separatist guerrillas under a peace pact. A sizable contingent of rescuers with bulldozers, backhoes, and sniffer dogs resumed retrieval

The hurricane hit 1.9 million people, including more than 975,000 villages who fled to evacuation centers or the houses of family members. Floodwaters damaged at least 4,100 homes and 16,260 hectares (40,180 acres) of rice and other crops at a time when the nation was preparing for an impending food crisis due to global supply interruptions, according to officials.

Because entire families may have been buried and no one was left to give names and data to authorities, Sinarimbo said that the majority of individuals thought lost in the massive mudslide that struck Kusiong were not included in the official list of missing people.

The tragedy in Kusiong, where the Teduray ethnic minority group makes up the majority of the population, was especially devastating because its more than 2,000 residents have been practicing disaster preparedness drills every year for decades in anticipation of a tsunami due to a traumatic past. However, Sinarimbo claimed that they were not as ready for the threats that might originate from Mount Minandar, whose foothills their community is located.

When the people heard the warning bells, they ran up and gathered in a church on a high ground. The problem was, it was not a tsunami that inundated them but a big volume of water and mud that came down from the mountain.

- Naguib Sinarimbo, the interior minister for the Bangsamoro autonomous region 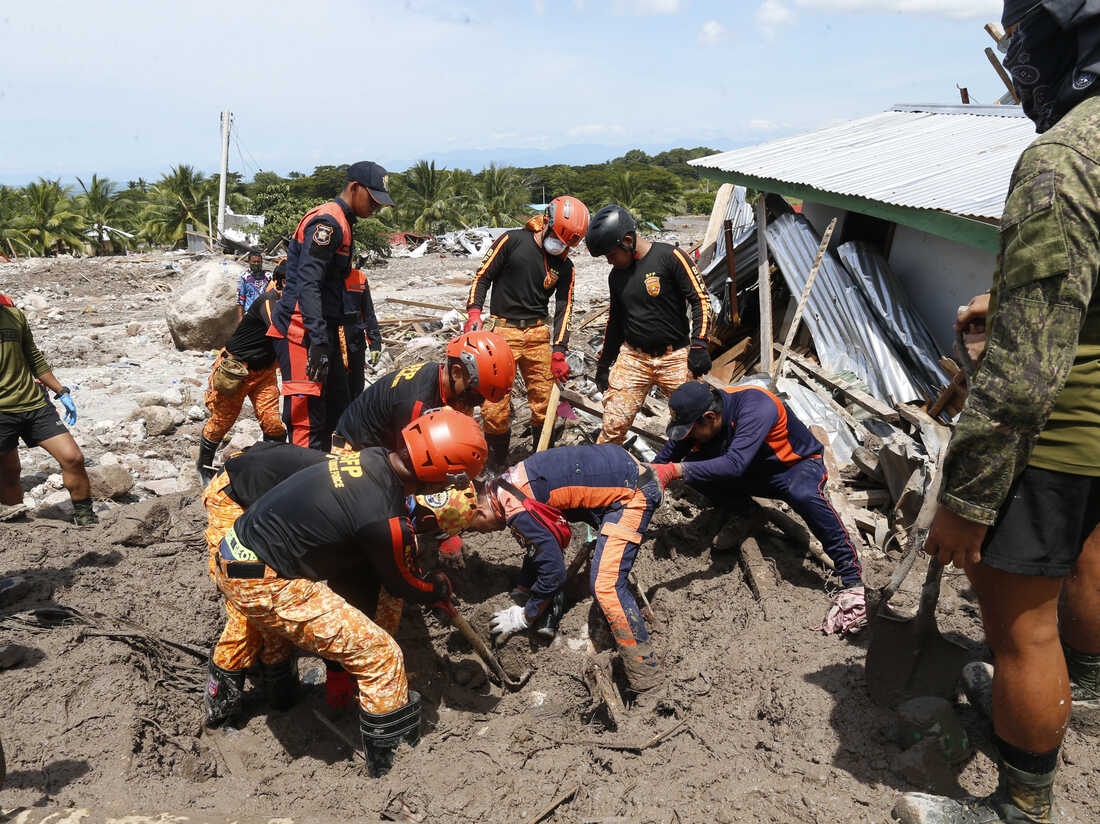 A rescue team looking for survivors in the mud

One of the deadliest natural catastrophes in Philippine history occurred in August 1976 when an 8.1-magnitude earthquake and tsunami in the Moro Gulf struck around midnight, killing thousands of people and destroying coastal provinces.

Kusiong, which is situated between the Moro Gulf and the 1,464-foot Mount Minandar, was one of the areas most severely affected by the 1976 disaster. The tragedy stayed with the community forever. Elderly people who survived the tsunami and strong earthquake told their children the terrifying tale as a caution to be ready.

Every year, they hold drills to brace for a tsunami. Somebody was assigned to bang the alarm bells and they designated high grounds where people should run to. Villagers were even taught the sound of an approaching big wave based on the recollection of the tsunami survivors. But there wasn't as much focus on the geo-hazards on the mountainside.

- Naguib Sinarimbo, the interior minister for the Bangsamoro autonomous region

More than 100 military, police, and volunteer rescuers arrived in Kusiong on Saturday, but they were unable to dig where survivors claimed the church was located because the muddy mound was still dangerously unstable, according to officials.

A coast guard film shown to the media on Monday showed some of its personnel using long wooden sticks to probe the muddy, light-brown muck at Kusiong in order to assist in the hunt for buried victims.

As millions of Filipinos prepared to travel over a long weekend for visits to relatives' graves and for family reunions on All Saints' Day in the primarily Roman Catholic country, the severe weather in a huge section of the country hampered transportation.

Many provinces and cities were inundated by floodwaters, trapping some people on their roofs. President Ferdinand Marcos Jr. examined the extent of the damage from a helicopter Monday over the province of Cavite before distributing food boxes and other supplies to storm victims in Noveleta town, where some locals were stranded on their roofs during the weekend's peak flooding.

"The powerful surge of water destroyed the flood controls so there was so much flooding," he told a news conference.

Each year, the archipelago of the Philippines is hit by about 20 typhoons and hurricanes. Its location on the "Ring of Fire" in the Pacific Ocean, where frequent earthquakes and volcanic eruptions take place, makes the country one of the most disaster-prone in the world.