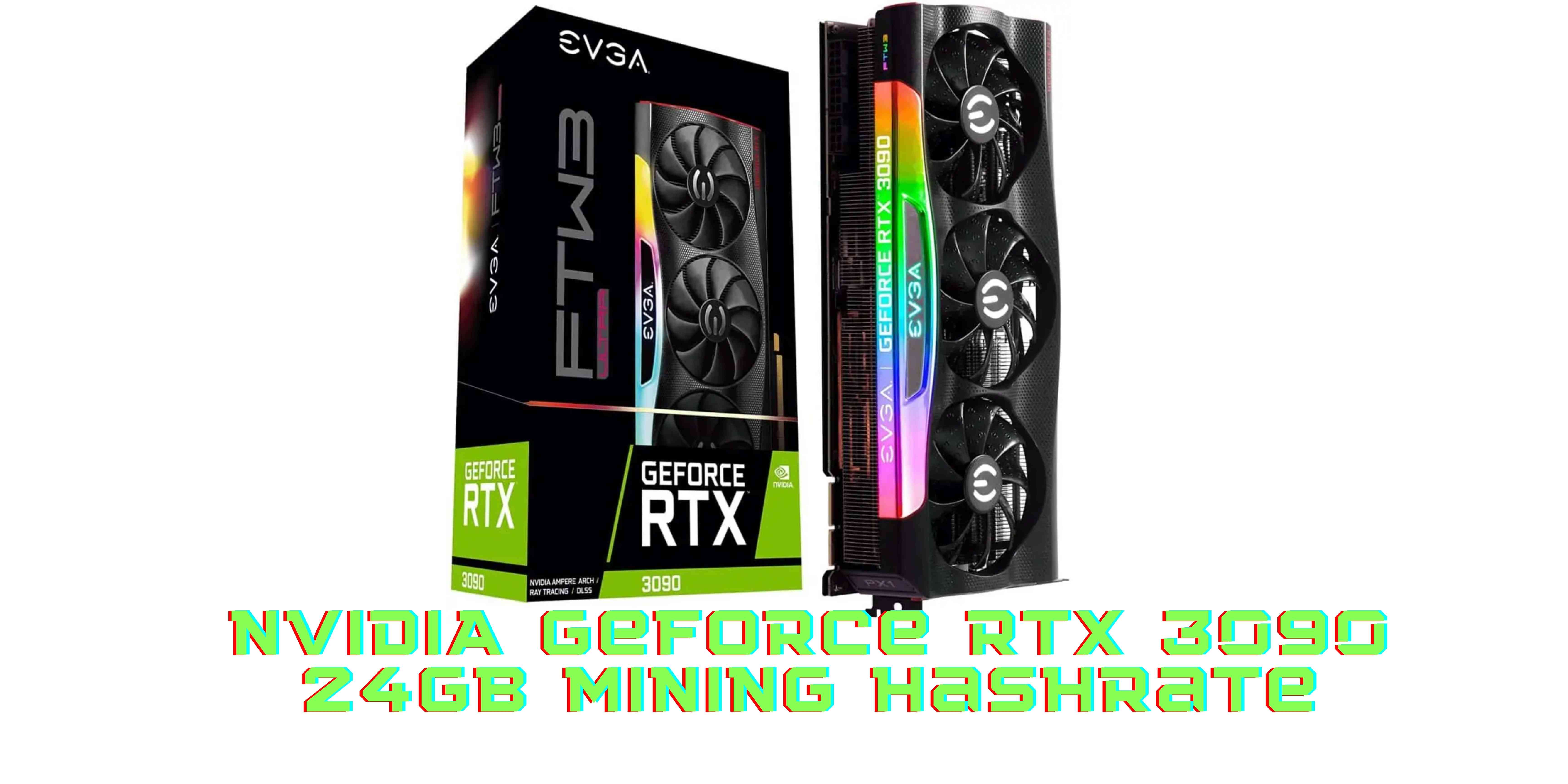 Want to know how much your NVIDIA Geforce RTX 3090 mining hashrate? In terms of raw power, the RTX 3090 is one of the most powerful consumer GPUs money can buy, which means it will have a respectable mining hashrate, albeit it may take you a little longer to break even and start making a profit from the unit itself. As a result of the global semiconductor shortage, graphics cards are currently in low supply in many parts of the world, making it difficult to find an alternative that is better than a solution such as an overload card like the RTX 3090. Whatever the case may be, we will provide you with all of the information you require regarding the RTX 3090, allowing you to make an informed decision about your PC or mining rig purchase.

Here, you will find the NVIDIA RTX 3090 mining hashrate, overclock settings ,and specifications.

The Nvidia RTX 3090 is the most powerful graphics card in the new Nvidia series and is expected to be a huge event for miners and gamers in 2020. The graphics card is equipped with 24 GB of GDDR6X memory. This alone places it ahead of a large number of competitors. It is powered by 10496 Nvidia CUDA cores and operates at a 1.7 GHz boost frequency.

According to early testing, the RTX 3090 is a powerful tool for pros. The graphics card is quiet and features an efficient cooling system. On the downside, its initial price – $1,499 – is excessive. Additionally, the RTX 3080 with only 10 GB of RAM is not far behind in terms of price/performance.

While the RTX 3090's performance appears to be fantastic on paper, you should anticipate the card getting rather warm throughout this process, as it will be sucking up a large amount of power that your rig will need to accommodate if you want to do so. This requires manually tuning your individual card to avoid hot spots, which may be accomplished while watching your system while mining. This may require you to configure your fan settings in the afterburner, as well as your core clocks, in order to achieve the fastest speeds possible.