Nadine Caridi and the Wolf of Wall Street 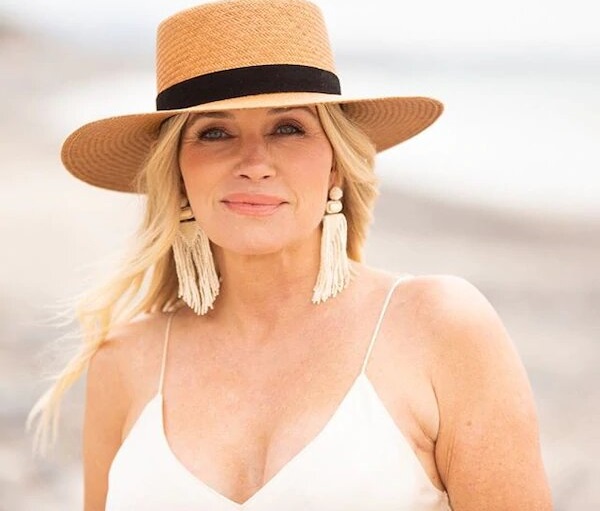 To be associated with a figure who is always in the limelight is a means of getting popular quickly, especially when controversies are the reason for such. Former stock market mogul, Jordan Belfort, became infamous for his lavish lifestyle, substance abuse, and fraudulent business deals. When former model and actress, Nadine Caridi, married Jordan Belfort, the controversies in his life swiftly overshadowed her modelling career and granted her an eternal identity as the wife of the Wolf of Wall Street.

Who Is Nadine Caridi?

Nadine Caridi, also known as Nadine Macaluso, is the current wife of John Macaluso and mother of five.

She is a former model, a motivational speaker, and ex-wife of “The Wolf of Wall Street”, Jordan Belfort. From a successful modelling career to a wealthy marriage to marital turmoil, she came out on the other side as a grounded woman.

The 59-year-old is now a practising psychotherapist where she has dedicated her life to helping others. She is a licensed marriage and family therapist.

She was born on 6 November 1962 in England. Her early days were however spent in Brooklyn, New York as her parents moved there to foster their careers. Nadine Caridi now holds both British and American nationality.

Nadine schooled at John Dewey High School in Brooklyn, New York City. After high school, she took advantage of her amazing body and exclusive style and quickly turned to model. While growing up, she picked interest in dressing up and making various hairstyles on herself and her friends. This would later lead her to become a model. She left modelling when she eventually married.

She also has a Masters in Clinical Psychology from the Pacifica Graduate Institute. This was a few years after her marriage ended where she decided to start a new life. In 2015, she earned a doctorate in Clinical Psychology. In the same year, she bagged a certificate in Neuro Affective Relation Model.

With a killer hourglass figure, Nadine had an easy entrance into the world of modelling. Print campaigns and advertising were her main focus. In the 90s, she featured in a series of Miller Lite adverts, a beverage produced by the Miller Coors company where she became their poster girl. She was cast in several commercials for Monday night football.

It was here that she began to make a name for herself in the fashion industry as well. Her stunning looks and charisma contributed to her initial successes.

Her journey to becoming a marriage and family therapist began somewhere around 2011 when she began working at Manhattan Beach Community Counselling. After two years of internship, providing help to couples, adults, and struggling teens, she started her practice. It would be easy to imagine that her turbulent first marriage had served her lessons which she now used to guide others to avoid or overcome the same issues.

She has been in practice for over 10 years now, offering individual, couple, and marital counselling.

Nadine has had interesting relationships over the years, walking the aisles twice - first with Jordan Belfort and then John Macaluso. She has five children whom she tries to keep away from the limelight.

Marriage To Jordan Belfort And Divorce

Jordan Ross Belfort was Nadine Caridi’s first husband. The two had met when Nadine was in her early 20s. It was in one of the many luxury parties that Belfort constantly threw in his mansion. The two were introduced by Nadine’s then-boyfriend, Alan Wilzig.

Jordan, who was already popular for fraudulent acts and varying controversies, picked interest in Nadine. It didn’t take long for the two to start dating even though Belfort was still married to Denise Lombardo. In 1991, Belfort finally divorced his wife and married Nadine in the Caribbean in an exclusive lavish and memorable wedding that was noted in the media for its extravagance. Nadine took on the Belfort surname after marriage. The media referred to her as the Duchess of Ray bridge.

Nadine had quit her job in the modelling industry to stay at home and look after their kids, even as she continued to live in affluence.

The marriage soon produced two children, Carter Belfort, and Chandler Belfort. The marriage saw Jordan name his yacht after his wife. Today, Chandler pursues a degree from New York University and is in a relationship with Connor Winter. Carter Belfort is still a student at Muhlenberg College and lives in Los Angeles, California.

At the height of their marriage, Jordan Belfort marked his lavish lifestyle by purchasing a yacht and renaming it Nadine. The original name of the yacht was Coco Chanel, after the renowned French fashion designer, Gabriel Bonheur’s Chanel. 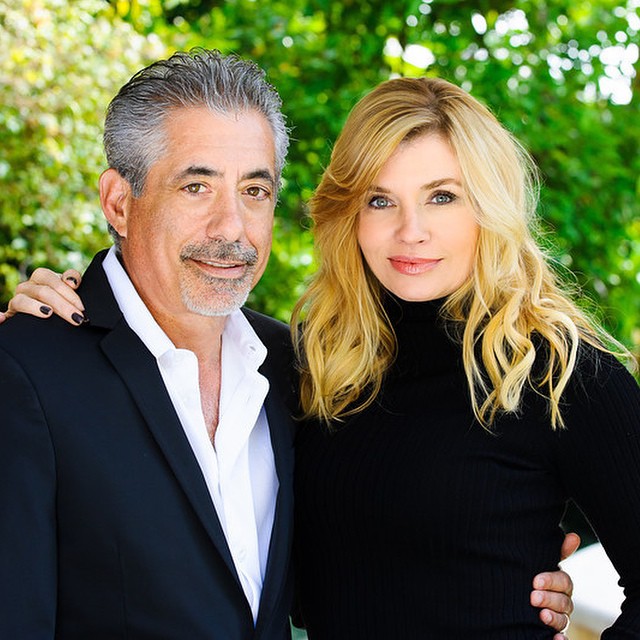 Five years into their marriage, Nadine almost lost her life. It happened on the east coast of Sardinia. Jordan Belfort had ignored the warnings of his captains against going sailing when the winds and the waves are unfavourable for such. Jordan chose to bring Nadine and some of his friends to a lavish party he’d planned on the yacht. When the yacht was on the east coast of Sardinia, it sank. Everyone on board was saved.

For 14 years of marriage to Belfort, Nadine passed through multiple controversies and cracks with the law. Apart from his serial infidelities with other women, Jordan Belfort’s illegal and dishonest businesses soon began to pull the Feds closer. He continued to go into dirty business deals to the extent that Nadine had to send him to rehab.

In 2005, Nadine decided she’d had enough; it was time to find a new path in life. She divorced Jordan Belfort, walking away from the marriage refusing to take anything. She wanted to build herself afresh.

Jordan Belfort’s past of domestic violence, substance abuse, financial fraud and many more would later catch up with him when the investigations finally led him to prison.

Nadine stood with him through his lengthy sentence. After his release from jail, Jordan would go on to marry his longtime girlfriend, Anne Koppe.

From One Millionaire To Another: The Marriage To John Macaluso

After her divorce from Jordan Belfort, Nadine’s next marriage was to the CEO of Wizard World, the New York business tycoon John Macaluso. Although Macaluso was 22 years older than Nadine, the marriage worked. While she became stepmother to his children from a previous marriage, Frankie, Nicky, and Allie Macaluso, the couple also had a child named Carter. They reside in their mansion at Hermosa Beach in California.

Nadine In “Wolf Of Wall Street”

In 2013, a movie chronicling the rise and fall of Jordan Belfort was released. It was titled Wolf of Wall Street. While Leonardo DiCaprio starred as “Jordan” in the movie, Margot Robbie had her breakout role portraying Nadine Caridi as the second wife of Jordan Belfort. The movie, which like the life of its subject, was controversial on its release and was entirely inspired by Jordan Belfort’s memoirs written after his release from jail: The Wolf of Wall Street and Catching the Wolf of Wall Street: More incredible stories of Fortunes, Schemes, Parties, and Prison. Both books were so successful that they were translated into many languages and published in over 40 countries.

After years of having some quietude with her husband and family, the release of the movie resurrected renewed interest in the “real-life” second of the Wolf of Wall Street.

Nadine runs a professional psychotherapy in Hermosa Beach where she offers guidance to couples and individuals facing problems in their marriages.

Although she has an undisclosed net worth, she is said to have an estimated net worth of $$2 to $5 million. This comes solely from her hard work as a therapist. Her previous modeling involvement also contributes to her fortune.

Nadine Caridi has an active social media life. She has over 18000 followers on her Instagram account where she shares inspirational and life-hack quotes. On Twitter, she has almost a thousand followers where she describes herself as PhD. in Somatic Psychotherapy, Expert in Complex Trauma, Shame, Dark Tetrad Personality Disorders; and Ex-wife to the Wolf of Wall Street.

Nadine enjoys traveling, cooking, and painting and counts Sandra Bullock and Tom Hanks as her favorite actors. She is also a listener of the music of Joshua McClain, Kevin Sousa, and Ben Myers.