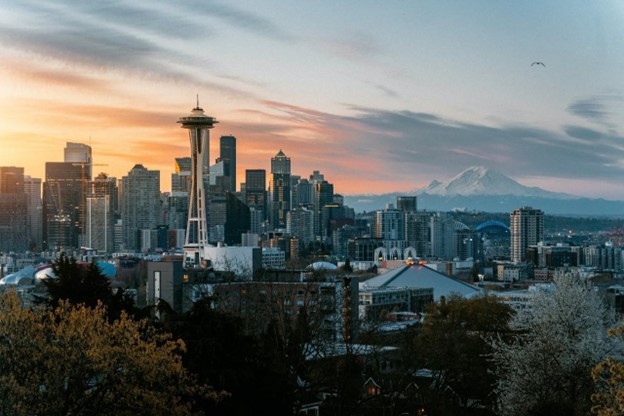 When it comes to sports betting in Washington State the main options are centered on Seattle. This will come as no surprise to any fan in the Evergreen State. It is by far the biggest city in the region – and home to all of the pro sports teams. But there are other teams if you know where to look.

The potential for sports betting in Washington State may seem complicated but there is still the opportunity to back some of the biggest teams in pro sports. We have a number of teams pushing for championships, so read this betting guide to find out where you should be putting your money.

The legal situation in Washington State when it comes to sports betting is actually very simple. Gambling is legal – but residents are restricted to where they can place their bets. The state passed a law back in 2020 to allow sports betting but did not develop that legislation.

That means that sports betting is only allowed in tribal casinos at the moment. This includes mobile betting – which has become a very popular form of gambling in recent years. We will see in the next few years whether the laws are amended in any way.

Betting on college sports is legal in Washington State – although you will not be able to bet on events happening in the state. That is why many sports fans turn to the major leagues for their betting. Seattle, unsurprisingly, takes up much of the attention here.

Football is probably the biggest sport in the US and the NFL is lucky enough to have the Seattle Seahawks as one of its teams. There have been big changes since the end of the last season though, with Russell Wilson leaving for Denver. For a long time, he was the face of the franchise and 2022 already looks very different without him.

Wilson led the Seahawks to the Super Bowl in only his second year in Seattle and then again the year after. Unfortunately the second appearance ended in a loss to the Patriots. He has now left for the Broncos and the Seahawks will be restructuring the roster, so may not be one to back too soon.

The big news in Washington State sports in 2022 is the return of postseason action for the Seattle Mariners. Ending the longest major professional sports postseason drought in the US, the Mariners will now look to win its first World Series ever. Seattle is not favored to beat the likes of the Yankees or the Dodgers to the championship though.

Major league hockey has only just returned to Washington State, so the Seattle Kraken has not seen too many people backing them for Stanley Cup finals glory. Although the Golden Knights almost went all the way as soon as Las Vegas brought the sport to the city, it might be a case of wait and see for the Kraken.

If you are looking for a pro sports team with real pedigree and a history of success, then you should head back to Lumen Field for the Seattle Sounders Major League Soccer team. The Sounders are actually one of the most successful teams in the history of the state and should definitely be considered if you are looking to back a local team.

After joining MLS in 2009, the Sounders won three consecutive US Open Cups – and added another title just three years later. The first MLS Cup was won in 2016, with another in 2019. But it is this current season that has seen the Sounders make history in the game in this part of the world.

In April the Seattle Sounders beat Mexico’s UNAM in the final of the CONCACAF Champions League. That is the competition for the very best teams in the whole of North and Central America – and the Sounders became the first ever team from the US to lift the trophy.

The Future of Betting in Washington State

There are many sports fans that have been disappointed with the slow speed of gambling legislation in Washington State. But with more online sportsbooks partnering up with tribal casinos, we may see a change in 2023.

If that is the case, the teams in Seattle – and all across the state – might well see more interest in their latest scores.