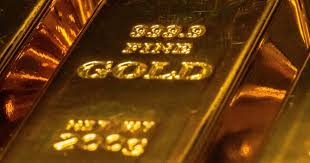 Once again, we'll return to the "easy money trap," this time focusing on how commodity money originates. We'll begin by defining "market demand" and "monetary demand" (demand for a good as a medium of exchange and store of value). When a person picks an item as a store of value, she is essentially boosting the demand for it above and above the normal market demand, which will lead to an increase in its price.

Copper, for example, has a market demand of roughly 20 million tons per year, at a price of $5,000 per ton, and a total market worth of $100 billion. Take, for example, the case of a millionaire who wants to keep $10 billion of his riches in copper. It is certain that the price of copper would rise as his bankers scramble to acquire 10% of the yearly world output.

It doesn't matter whether additional individuals join him in monetizing copper; our hypothetical millionaire who is fixated on the metal would still face challenges. Workers and investors all across the globe are benefiting from the higher price of copper. We couldn't even begin to estimate the amount of copper under the surface, much less extract it via mining, therefore the only limit to how much copper can be produced is the amount of effort and cash put into it. The price and quantity of copper will continue to climb until it satisfies the desire of monetary investors.

The copper market would return to its natural supply-and-demand circumstances when the monetary demand declines, with each of the 20 million yearly tons selling for $5,000. The price of copper, however, will fall much below that when the holders begin to sell their copper reserves. In the end, the millionaire will have lost money.

There are many commodities that can be modeled using this approach since they are largely used and destroyed rather than being stored in large quantities.

Anatomy Of A Market Bubble

To put it another way, if you buy anything at a price that's higher than the market price, you're going to pay for it later. The asset's creators profit while investors lose money. This dynamic has been true for the majority of recorded history for copper and nearly every other commodity, punishing those who use these commodities as money by devaluing their wealth and impoverishing them over time and returning the commodity to its natural role as a market good rather than a medium of exchange. 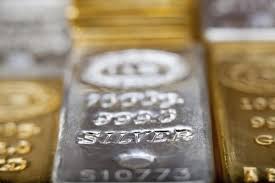 Gold bars and a silver bar lined together

Because gold is so chemically stable, it is virtually impossible to destroy; and because gold is impossible to synthesize from other materials (alchemists' claims notwithstanding), it can only be extracted from its unrefined ore, which is extremely rare on our planet. This has made gold the clear winner in this race throughout human history.

Because of gold's chemical durability, almost all of the gold ever mined by mankind remains in private hands. Throughout history, humans have been amassing an ever-increasing stockpile of gold in the form of gold jewelry, coins, and bars. Only by extracting gold from the ground, which is a time-consuming, hazardous, and risky operation that has been undertaken by mankind for millennia with declining results, can the supply of gold be increased. All of this implies that the gold that individuals throughout the globe now own is the result of thousands of years of gold production and is orders of magnitude bigger than fresh yearly output.

Understand The Difference Between Gold And Any Consumable Commodity

Think about the price going up and the yearly output going up if there was a huge rise in demand for it as a safe haven. An increase in production of this magnitude will dwarf any existing stockpiles for any consumable commodity, causing the price to plummet and harming those who keep it. Stockpiles would rise by 3 percent rather than 1.5 percent if gold's price doubled, but even if it did, the impact on yearly output would be negligible. The inventories will build quicker if the current higher production rate is maintained, making further additions less meaningful. Mining gold in sufficient numbers to dramatically lower its price is still almost difficult for small-scale gold miners.

It's only silver that comes close to gold's supply growth rate of 5–10 percent, peaking to about 20 percent in the modern era. For two reasons, this is more valuable than gold: First, since silver corrodes and may be consumed in industrial processes, the current stocks aren't as huge as gold's are in relation to the yearly output of the precious metal itself. Second, silver is both less uncommon in the earth's crust and simpler to process than gold. With its lower worth per unit weight than gold, silver has functioned as the primary medium of exchange for minor transactions for millennia, complementing gold, whose high value necessitated that it be divided into smaller amounts, making it impractical.

To put it another way, if the silver bubble ever inflates, we'll know why: Investors' money is lost when silver's price crashes after a large monetary infusion into silver, making it easier for manufacturers to raise the supply dramatically and so lower the price. Of all commodities, silver is the most well-known example of the easy money trap.