Metaverse, Mark Zuckerberg - Updates On His $10B Fictional World 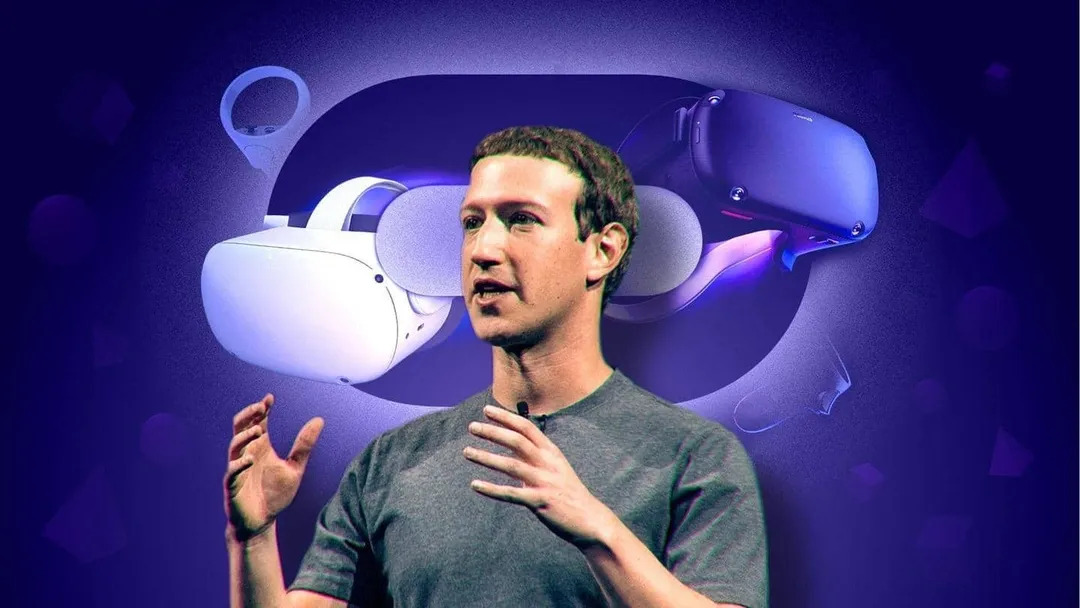 For those wondering what’s the latest in the metaverse, Mark Zuckerberg has been in the spotlight lately.

All for the wrong reasons, however.

News about the 38-year-old Facebook-turned-Meta CEO splashed across the Web regarding his metaverse avatar.

This will be discussed in detail later, but to give everyone an idea - for those who aren’t updated, at least - Zuckerberg got mocked.

People ridiculed him and his, as Fortune puts it, “$10-billion selfie,” aka, metaverse avatar.

Or just a “stupid selfie,” as referred to in a PC Gamer report.

Zuckerberg’s metaverse avatar gained notoriety for becoming an “international laughingstock,” according to Fortune.

Comments could have not been that vicious if not for the fact that he poured in billions of dollars on metaverse.

In the metaverse, Mark Zuckerberg foresees people engaging in economic activities, according to CNBC.

How can he gain the public’s trust in his vision if his very own metaverse avatar alone looks, as reports would describe, lifeless?

When looking back regarding his fascination over the metaverse, Mark Zuckerberg got captivated in 2014.

Its allure was so great he initially set aside a couple of billions for something he believed would pave the road in his ambitious journey.

Mobile is the platform of today, and now we’re also getting ready for the platforms of tomorrow.

The number of users across the world soared to approximately 6.6 billion in 2021, per dropshipping app Oberlo.

With his mind on the metaverse, Mark Zuckerberg was pertaining to virtual reality (VR) headsets as the “platforms of tomorrow.” 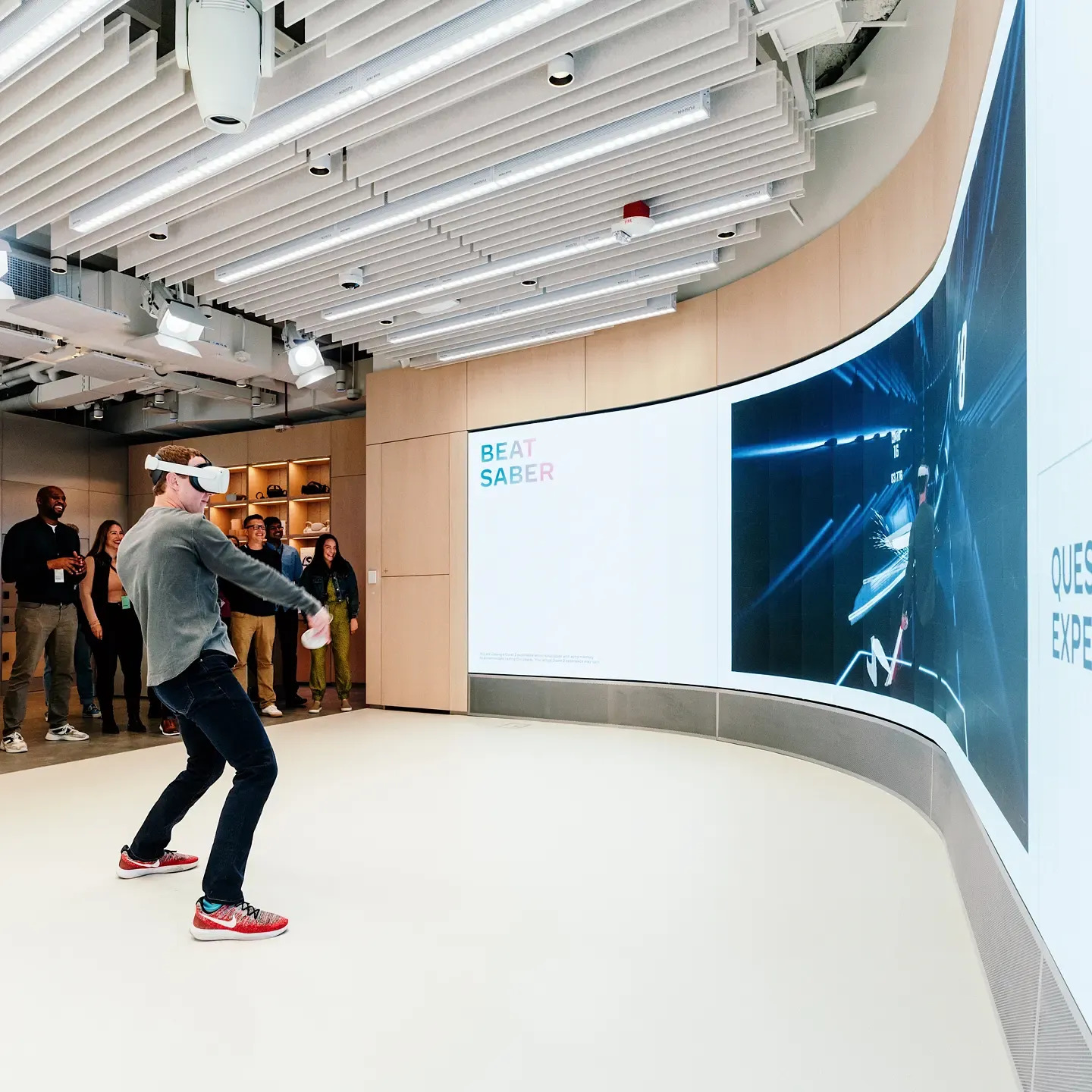 He then set his sights on Oculus VR, an Irvine-based VR platform company founded in July 2012.

We believe virtual reality will be heavily defined by social experiences that connect people in magical, new ways.

A social media giant plus a VR platform company?

In the metaverse, Mark Zuckerberg sees that magical connection happening in it.

Through the purchase of Oculus, he believed that by merely wearing a VR headset, people can do certain things without leaving their home.

Zuckerberg then cited the following activities as example, as reported by The Guardian:

The future is coming and we have a chance to build it together.

That time, Zuckerberg’s words could easily be dismissed as optimistic but vague.

Come October 2021, Facebook rebranded itself to the world as Meta: “a social technology company,” as stated on its website.

Its basic function as a social (Facebook: social media) technology (Oculus: virtual reality) firm is “to bring the metaverse to life.” 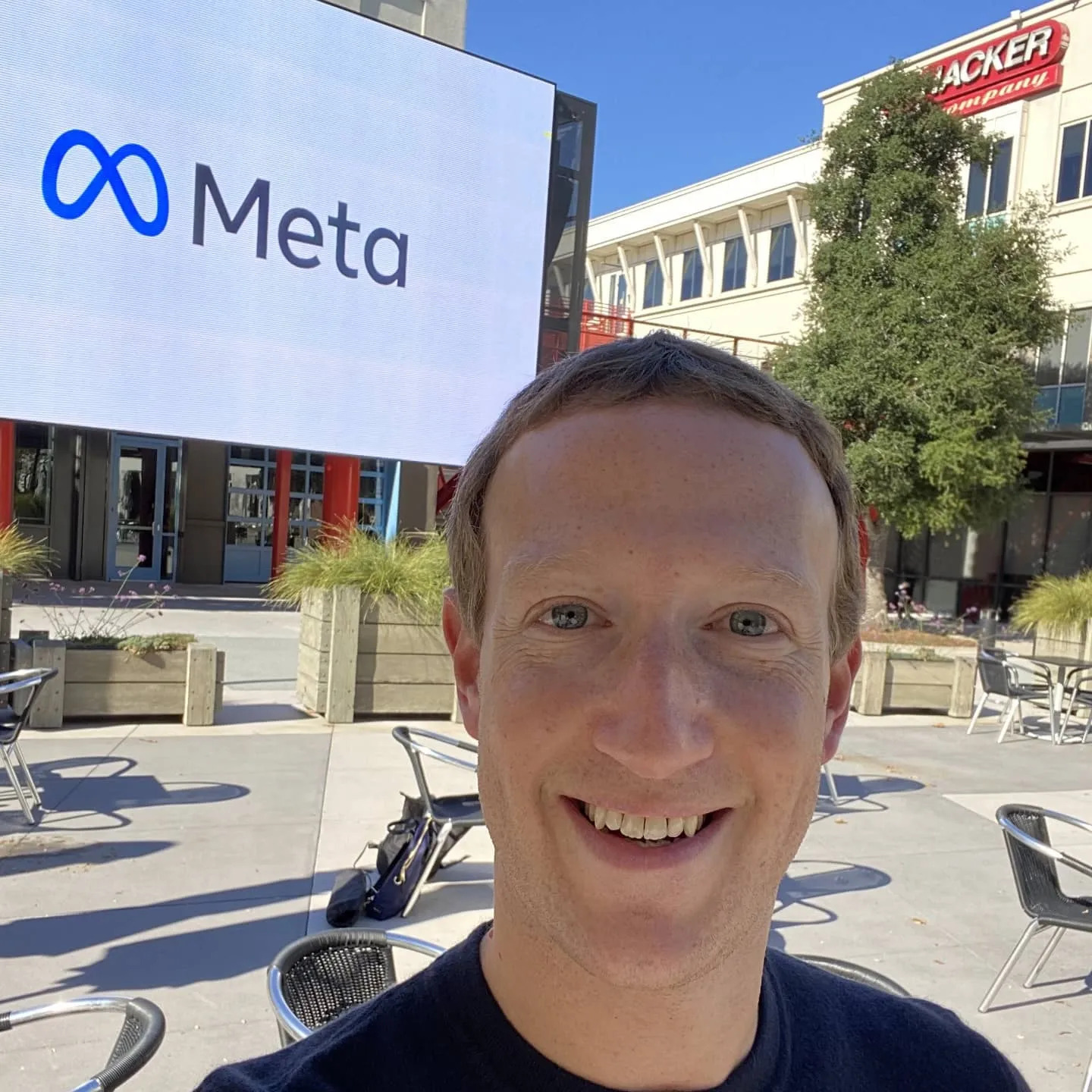 Mark Zuckerberg takes a selfie outdoors, with back from a Meta billboard sign

Through the metaverse, Mark Zuckerberg aims to begin “the next chapter for the internet.”

That’s how he opened his “Founder’s Letter, 2021,” which he wrote in October.

That “next chapter” involves the metaverse.

See this definition from a Forbes article and realize how the things discussed in the previous section become clearer:

The term Metaverse is used to describe a combination of the virtual reality and mixed reality worlds accessed through a browser or headset.

That gives people an idea why more than five years ago, when Meta was still Facebook, the company bought Oculus VR.

Woolsey further told Forbes that the introduction of digital assets such as cryptocurrencies ushered a new kind of economy.

Woolsey further told Forbes that the introduction of digital assets such as cryptocurrencies ushered a new kind of economy. 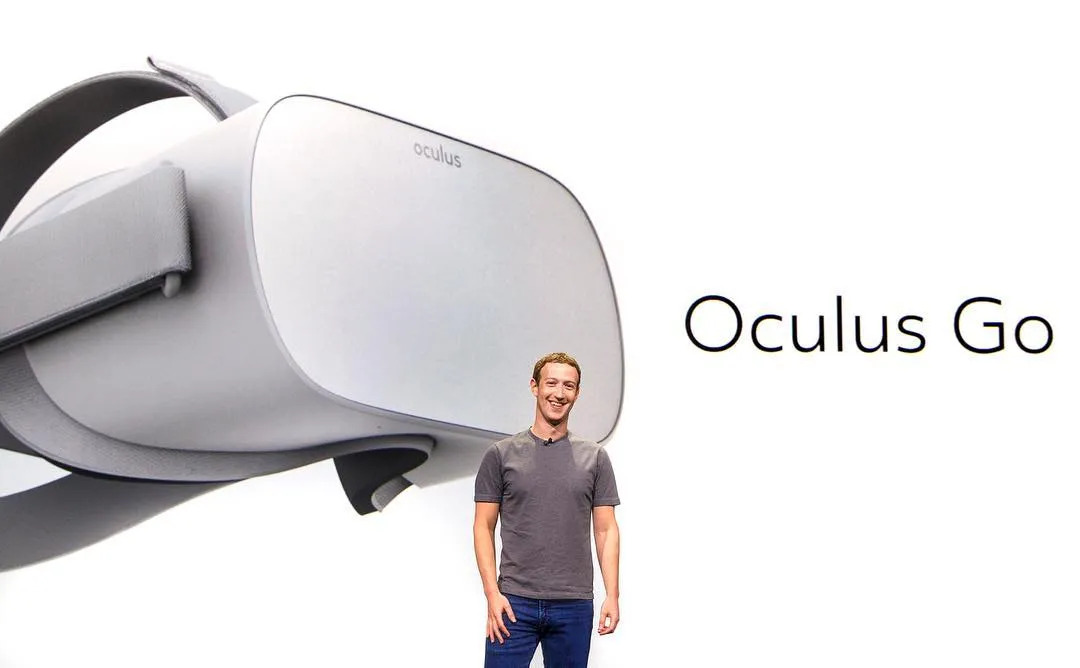 Mark Zuckerberg in T-shirt and jeans, with a giant picture of virtual reality Oculus Go headset on his back

As mentioned earlier, in the metaverse, Mark Zuckerberg pictures people spending money there.

As CNBC reported, he wants commerce to flourish there.

Zuckerberg even intends to encourage “around a billion people” to shop there, to sell, to trade - virtually.

Though Meta’s metaverse path is paved with Zuckerberg’s good intentions, it could be a bumpy ride.

As another Forbes article stated, the road he is taking is already filled with “potholes.”

The metaphoric potholes come in the form of, for example, lawsuits.

Even before it became Meta, Facebook clashed from time to time with American government regulators.

FTC wants to hinder Meta from acquiring Within, a California-based VR company established in 2014.

Other potholes are courtesy of Meta’s investors themselves.

According to CNBC, this 2022, they cut 50 percent of its market cap due to poor growth.

They noted the decrease in Facebook’s daily number of users.

But with his strong hopes for the metaverse, Mark Zuckerberg seemed unfazed.

When he talked to podcaster Joe Rogan last week, he remained expectant with its capability to improve human interaction, albeit virtually.

Looking forward to seeing people explore and build immersive worlds, and to bringing this to more countries soon. 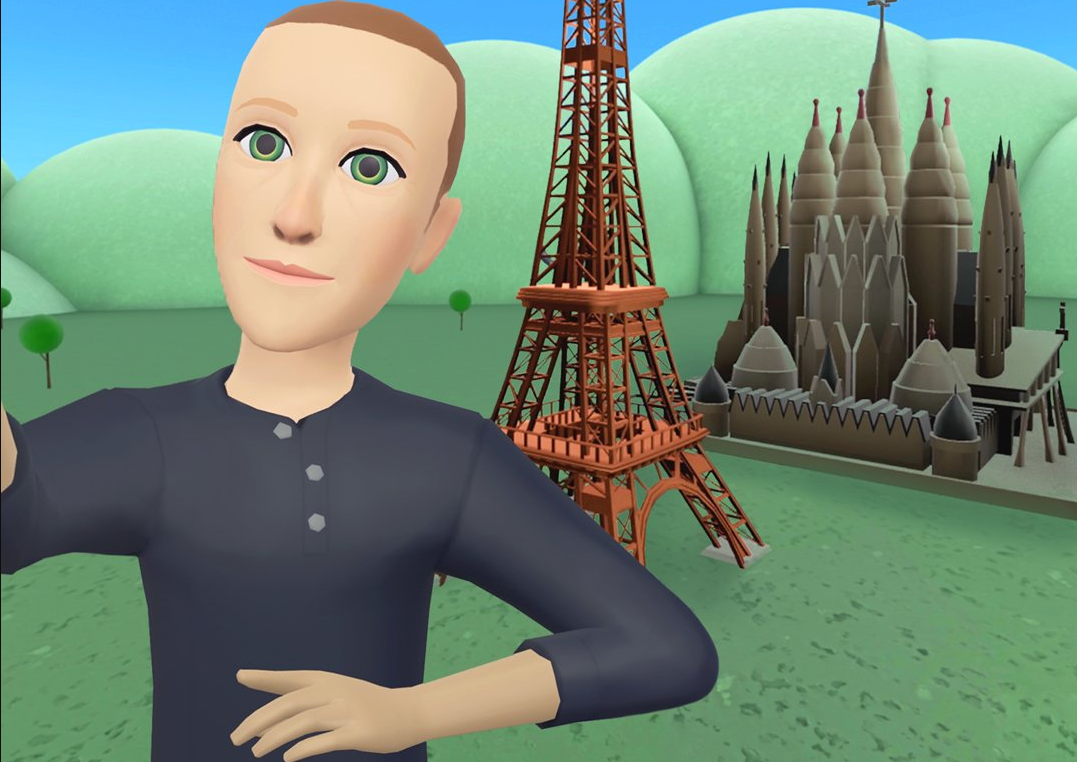 Avatar of Mark Zuckerberg in dark three-buttoned long sleeve shirt, with the Eiffel Tower and some structures

That one prompted harsh remarks - condemnations, if you may - on him.

She noted how Meta’s “most brilliant technologists” created an avatar of “1995-level graphics.”

Going back to the PC Gamer article mentioned at the start of this article, it said that people expect something better than “dead-eyed virtual selfies.”

It noted that Fortnite by Epic Games and Second Life produce better ones.

A researcher from Brighton couldn’t help but compare it to the avatars from Second Life back in 2007 and how they fared better.

Dr. Andres Guadamuz, the editor-in-chief of the Journal of World Intellectual Property, uploaded this picture on Twitter to drive his point: 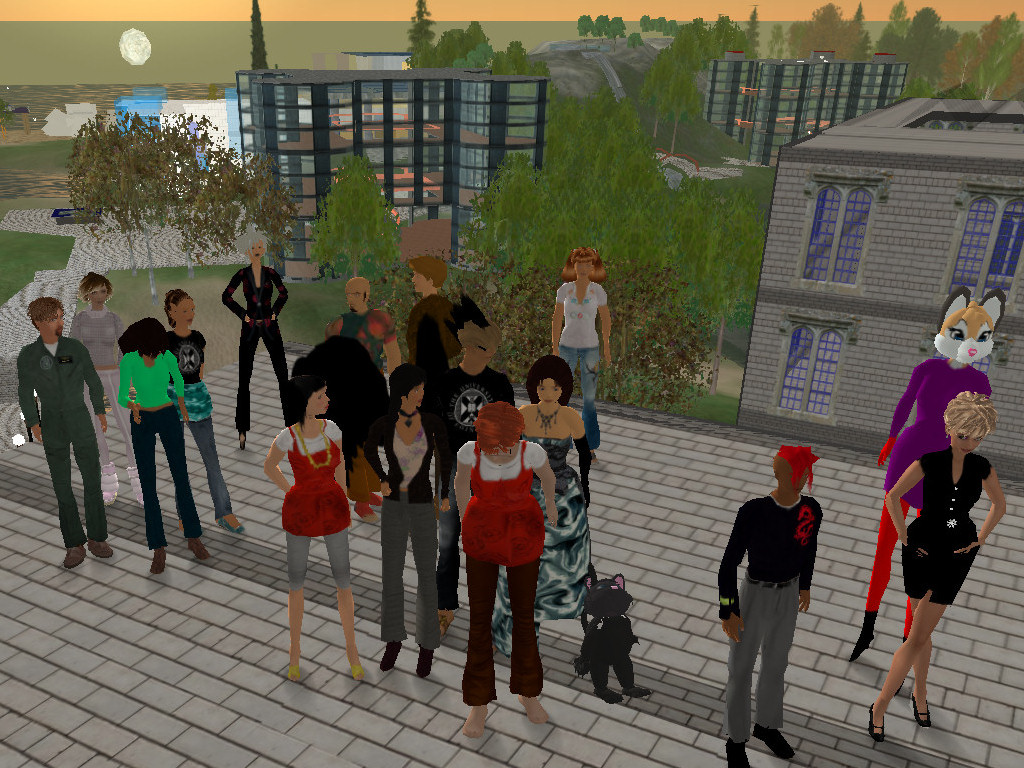 Is The Metaverse Failing?

The mockery could be expected since it was reported that in the metaverse, Mark Zuckerberg made a $10-billion investment.

And now one of its wealthiest and influential advocates only managed to come up with a dull avatar.

According to TechCrunch, Horizon Worlds app has already captured Canada, the U.K., and the U.S. as markets.

Still, Meta’s revenue went down during the second quarter of 2022.

In his pursuit for the metaverse, Mark Zuckerberg already experienced a $3 billion loss for his company Meta.

He disclosed that in April.

In May, as Business Insider reported, Zuckerberg admitted that Meta will continue to lose money in the next three to five years.

With that said, Meta put hiring on hold until it recovers.

Analytics Insights enumerated the following factors that make investing in the metaverse risky:

The metaverse will only most likely appeal to people with substantial understanding of how, for example, blockchains work.

The technical aspects can put off traditional investors.

Small businesses may find it extra tough to operate in the metaverse.

In the metaverse, Mark Zuckerberg should consider external factors such as government regulators that could hamper its operations and plans.

Is The Metaverse Free?

One needs to spend money on gadgets, such as a virtual reality (VR) headset.

How Many People Are In The Metaverse?

In 2022, according to eMarketer, an estimated 64 million people in the U.S. could use virtual reality.

How Do I Join Metaverse?

One needs to have a VR headset and needs to look for a metaverse platform, such as:

A VR headset can be optional, though. One can use a smartphone or a personal computer to experience the metaverse.

Who Is Leading Metaverse?

According to Yahoo! Finance, some of the biggest players include: 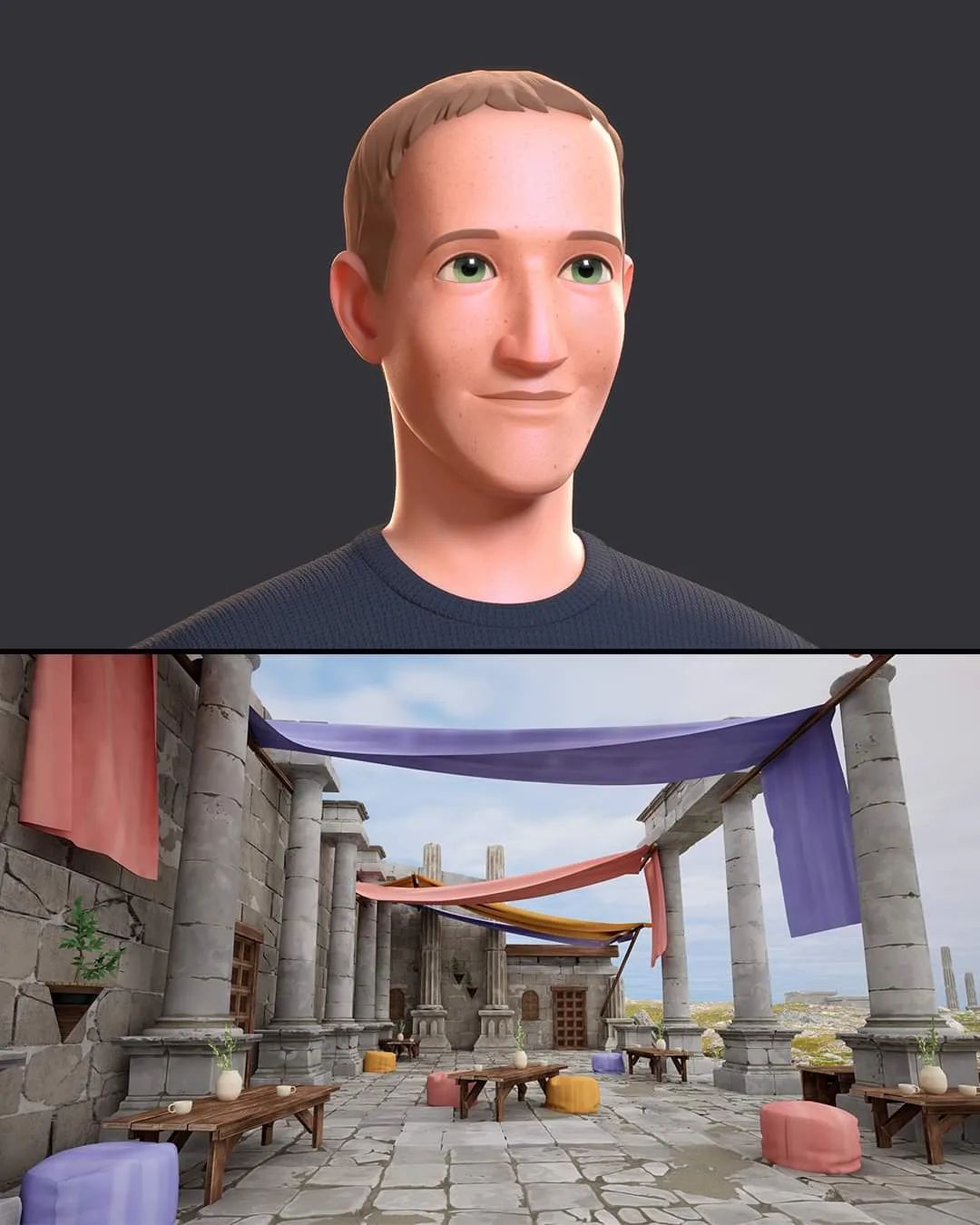 To make up for the humiliation caused by his “basic” avatar for the metaverse, Mark Zuckerberg presented a new one.

In an Instagram post on August 20, he reasoned out that the first avatar was just “pretty basic.”

He also assured people that the graphics in Horizon Worlds “are capable of much more.”

Given the confidence he has shown over the past years on the metaverse, Mark Zuckerberg will not let go of it anytime soon.