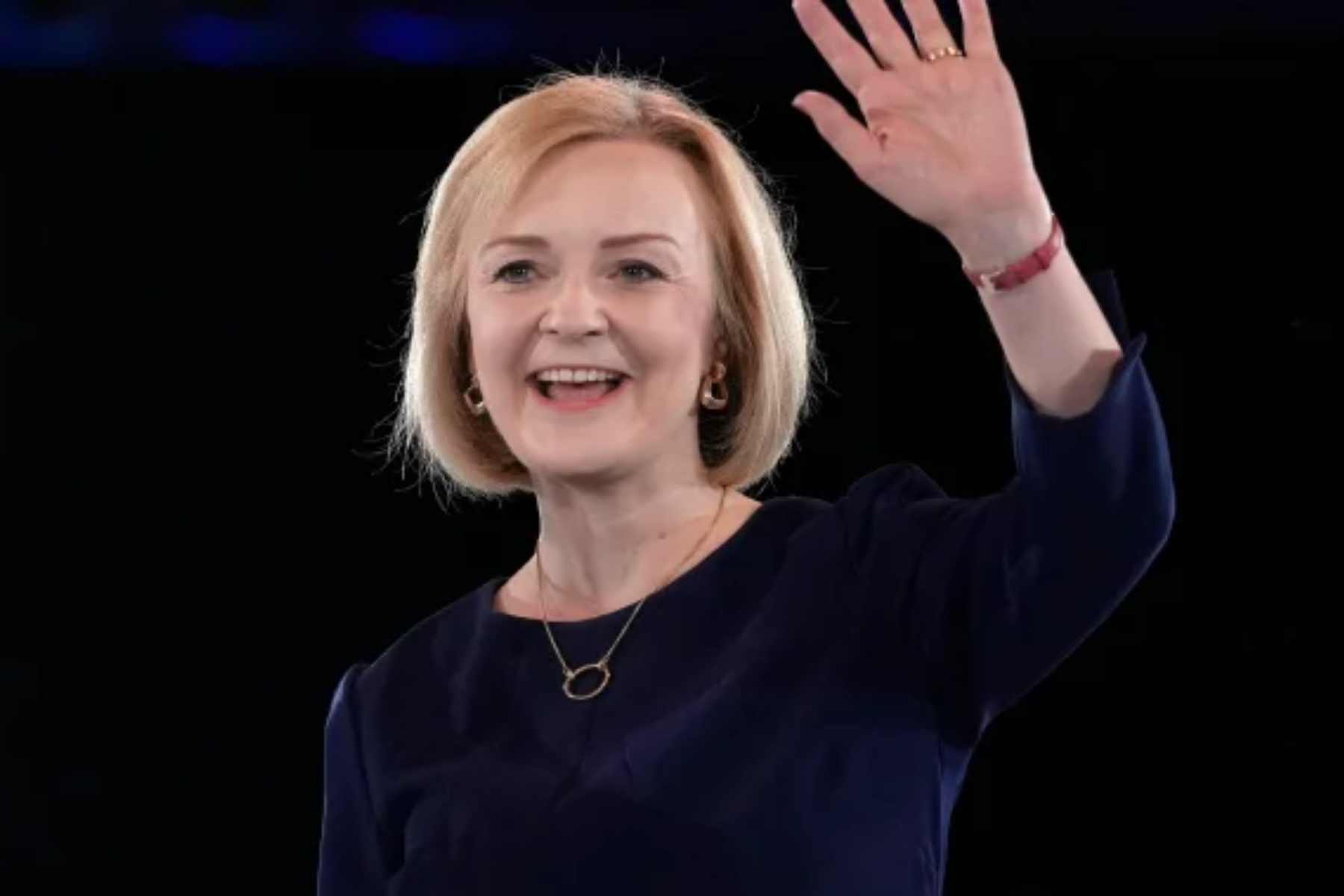 Truss was chosen as leader of the Conservative Party on Monday in London. Only 180,000 members who pay their dues were allowed to vote in the election.

Truss beat her rival Rishi Sunak, who was the former head of the government's Treasury, by saying she would increase spending on defense and cut taxes, but she wouldn't say how she would deal with the rising cost of living. 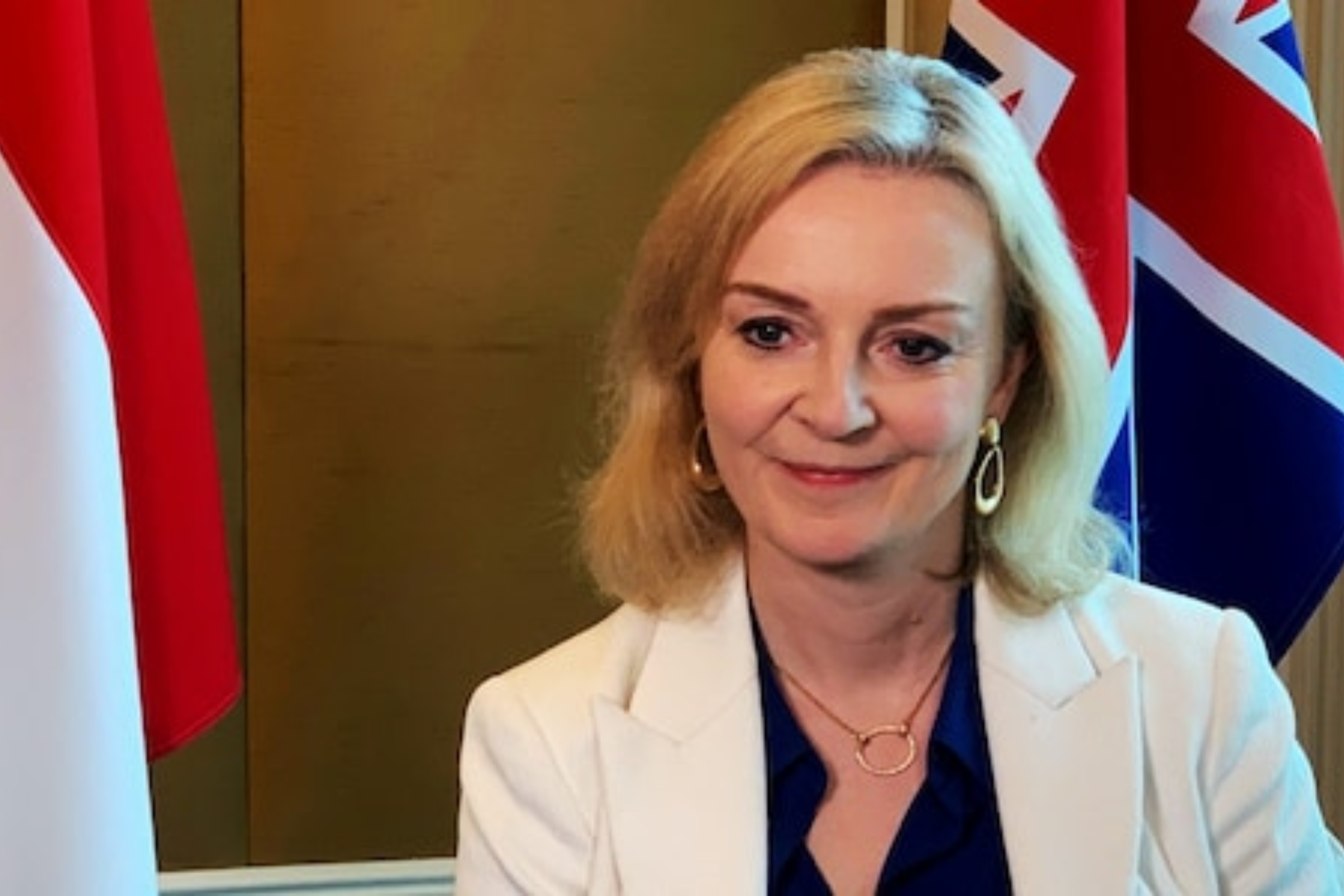 Truss in a white tuxedo during an interview

On Tuesday, Queen Elizabeth II will officially name Truss as the prime minister of Britain. The ceremony will not take place at Buckingham Palace, but at the queen's Scottish estate, Balmoral, where she is on vacation.

The two-month leadership race left Britain without a leader at a time when people, businesses, and workers wanted the government to do something about rising food and energy prices.

Since July 7, when he said he was going to resign, Prime Minister Boris Johnson has not been able to make any big policy decisions.

The "Immediate" Actions That The New Prime Minister Will Take

Truss will take over at a time when the economy could go into a long-lasting recession, and he will have to start right away to deal with the U.K.'s cost-of-living crisis.

Russia's invasion of Ukraine has caused a lot of volatility in gas prices around the world. This has caused the average U.K. household's energy bill to rise to more than 3,500 pounds ($4,000 USD) a year, which is almost triple what it was a year ago.

For the first time since the 1980s, inflation is higher than 10%. The government is getting more and more urgent requests for money to help millions of people pay for the heating and electricity they need to get through the winter.

The opposition Labour Party and other critics say that the government was "missing in action" during a summer of discontent when tens of thousands of rail workers, port and postal workers, lawyers, and garbage collectors went on strike to demand better pay to keep up with rising costs.

Truss, who was thought to be the front-runner in the race for leadership, won the support of many Conservatives with her Thatcherite desire to cut taxes and reduce the role of the government. She said she would do something "immediately" to stop energy bills from going up, but she wouldn't say what.

Issues Of Truss' Leadership - An Idealist Or Realist?

Liz Truss to become next UK prime minister: What to expect | DW News

Sunak said he would temporarily cut the value-added tax on energy bills. He did this to show that he was the more realistic economist. But he said he wouldn't "max out the country's credit card" and that big tax cuts should wait until inflation is under control.

Both had said that they liked Margaret Thatcher, who was prime minister from 1979 to 1990, and her right-wing, small-government economics.

It’s all been very nonspecific and we’re really waiting for the next prime minister to hopefully hit the ground running and tell us what they’re going to do about what is in effect an emergency situation.

Steven Fielding, a professor of political history at Nottingham University, says that Truss's politics have gone over well with the about 180,000 Conservative Party members who have a say in who leads the country. But many people don't think she will help the poorest people in the country very much financially.

This is someone who has a very strong belief in the market and who thinks that the goal of government is to get to a much smaller state as soon as possible. That's very important to her. So I think we'll have a very radical, right-wing, free-market prime minister who is more of an idealist than a realist.

Even though the economy will be the main focus of the new prime minister's first few months in office, Johnson's replacement will also have to lead the U.K. on the international stage in the face of Russia's war in Ukraine, a more assertive China, and ongoing tensions with the EU over the effects of Brexit, especially in Northern Ireland.

Truss has talked tough as a foreign secretary about all three main issues, but some analysts think she might tone down her "robust" language if she becomes leader.

I think on each of those issues the most domestically popular thing was to be quite tough - now that might change in the future.

Lawrence said that one important thing to watch out for in terms of foreign policy is whether or not Truss if she wins, would put a powerful group of Conservative "China hawks" in the government.

If she does, then I think we will see a much more hawkish nudge in that direction when it comes to the U.K.-China policy.

Britain hasn't had a clear leader since July 7, when Johnson said he was stepping down because his government had one too many ethics scandals. Both Truss and Sunak were important members of Johnson's Cabinet, but Sunak quit in protest during Johnson's last days in office.

Fielding said that many people might not like a Truss government because it reminds them too much of what Johnson did wrong.

She has made it clear that she is a loyal Boris Johnson supporter, so Conservative members have basically chosen her as Boris Johnson 2.0, Fielding said.

I think she’s going to find it very difficult to disentangle herself from the whole Johnson shadow.