Two significant events happened during a train ride that made the world know about J.K. Rowling.

A young man and a young woman boarded the train at King’s Cross station in London. They interacted as the train traveled to Arbroath, Scotland.

They eventually fell in love, got married, and . . . became her parents.

A 25/26-year-old woman boarded the train at Manchester station going to King’s Cross. While in transit, a thought came to her about a storyline starring a wizard boy.

J.K. Rowling gifted the world with a story that immensely changed a lot of lives - most particularly hers.

J.K. Rowling's Ultimate Advice For Every 20 Year Old | One of the Best Motivational Speeches Ever

Pages In The Life Of J.K. Rowling

The all-time favorite Harry Potter creator was born on July 31, 1965 in Chipping Sodbury War Memorial Cottage Hospital in a town in Gloucestershire, England.

Her birth name is Joanne Volant Rowling. Her nickname: Jo.

She only added “K” (for “Kathleen”) to her name when the first Harry Potter book was about to be published.

According to a 1998 interview with U.K.-based Independent Television News (ITN), the publisher said that her given name would not be spelled out.

It wanted to market “Harry Potter” as a book from a male author.

So, “Joanne” became “J.” Then she added “K” after the publisher asked for another initial. 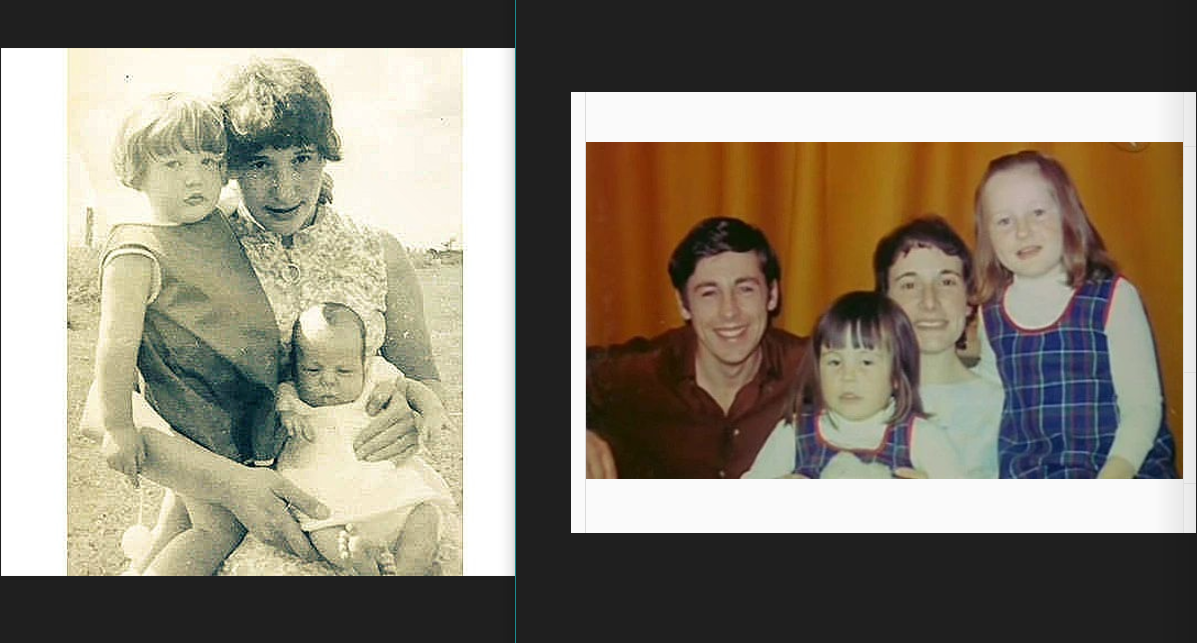 Peter and Anne Rowling were 19 when they got married on March 14, 1965. They left London and decided to raise a family in Yate.

Anne was only 18 when she conceived her.

Anne Rowling died at 45 due to multiple sclerosis, a disease affecting the brain and spinal cord.

In a 2014 interview with The Guardian, she described her mother as “a passionate reader.” She added:

I started writing it [“Harry Potter”] six months before she died, so that is painful. I wish she’d known.

In 2010, at 45, J.K. Rowling did something in memory of her mother, who didn’t anymore witness her success as an author.

She founded a clinical research facility focused on brain-related degenerative diseases and gave £10 million to start it.

In October 2013, the not-for-profit Anne Rowling Clinic, situated inside the University of Edinburgh in Scotland, officially opened.

At 26, J.K. Rowling went to Portugal to work as an English teacher.

One night, in a café in the city of Porto, he met a 23-year-old Portuguese student named Jorge Arantes, who later became a TV journalist.

They were dating for seven months when she had a miscarriage. He proposed to her when she got pregnant again.

She named her first child after English author Jessica Mitford (1917-1996).

According to The New Yorker, Rowling read Mitford’s works when she was a teenager. Her maternal great-aunt Ivy, a Classics teacher, encouraged her to read them.

They have two children: David Gordon and Mackenzie Jean.

J.K. Rowling initially grew up in the town of Yate in South Gloucestershire, England. Then they moved to the village of Winterbourne.

In Winterbourne, she and her sister had two playmates: a brother-and-sister tandem surnamed Potter.

She stated in the J.K. Rowling Official Site:

I always liked their name [Potter].

At 9 years old, the Rowling family relocated for the third and last time in the village of Tutshill in Gloucestershire.

According to a 2003 article by the U.K. publication Tes Magazine, Wyedean - its structure and faculty - could have inspired J.K. Rowling when she wrote about Hogwarts and its teachers.

It was in Wyedean where he met and became close friends with Sean Harris. Rowling later dedicated the second Harry Potter book to him.

At the J.K. Rowling Official Site, she revealed:

He was the first person with whom I really discussed my serious ambition to be a writer . . . the only person who thought I was bound to be a success at it.

In 1986, she earned a Bachelor of Arts degree in French and Classics at University of Exeter in England.

Her Jobs Before The ‘Harry Potter’ Success

Before J.K. Rowling became a billionaire writer, she became a teacher and a secretary.

Recalling her stint as a bilingual secretary, she said, according to The Rowling Library:

I was never paying much attention in meetings because I was usually scribbling bits of my latest stories in the margins of the pad, or choosing excellent names for the characters.

According to Headspace Group, she worked as a researcher in the London office of Amnesty International and at the Greater Manchester Chamber of Commerce.

She headed to Portugal and worked as an EFL (English as a Foreign Language) teacher for 18 months.

When J.K. Rowling went back to Edinburgh, she continued finishing the first Harry Potter book.

While waiting for it to get published, she took a job as a French teacher.

J.K. Rowling would write the first Harry Potter book in cafés in Edinburgh. Two of them were Nicolson’s Café and The Elephant House.

After 12 publishing companies declined her manuscript, in August 1996, one finally agreed to publish it.

When asked why she wrote Harry Potter, J.K. Rowling replied, as quoted from Kidsreads.com:

The idea that we could have a child who escapes from the confines of the adult world and goes somewhere where he has power, both literally and metaphorically, really appealed to me.

Below are all the Harry Potter editions, all published by Bloomsbury:

All seven Harry Potter books were made into movies, distributed by Warner Bros. Pictures.

Emma Watson, Rupert Grint and Daniel Radcliffe as kids and as teens

What Did J.K. Rowling Write Other Than ‘Harry Potter?’

In the first one, The Casual Vacancy, it’s a different J.K. Rowling. She covered mature topics, such as suicide, rape, and heroin addiction.

It was made into a three-part drama series shown in 2015.

After The Casual Vacancy, J.K. Rowling started writing under the pseudonym Robert Galbraith for her series of detective-crime novels.

Rowling was eventually outed in 2013.

She decided to use a pen name to avoid the “phenomenal amount of pressure” she felt when writing the Harry Potter series.

That’s what Rowling said to the National Public Radio (NPR) in 2015. In addition, she wanted the novel to create its own mark. As she further said:

So, you can probably understand the appeal of going away and creating something very different, and just letting it stand or fall on its own merits.

According to The Sun, it’s “Robert” because J.K. Rowling considers Robert F. Kennedy (1925-1968), the assassinated U.S. Attorney General, a hero.

Per The Guardian, as a child, she wanted the name “Ella Galbraith.”

A 2012 article by The New Yorker quoted her as saying:

I’m a writer, and I will write what I want to write.

And that’s what she did - amidst the public condemnations she received for her tweets deemed to be transphobic.

Interestingly, per NPR, it’s about a murdered female cartoonist, who suffered from online attacks from a “mysterious online figure.” 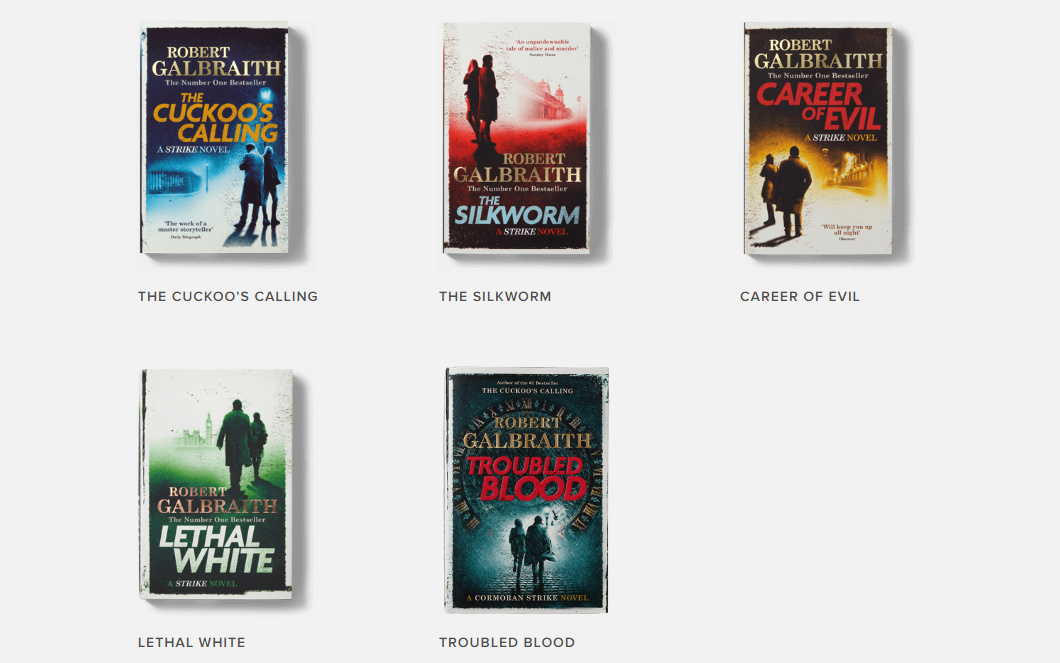 J.K. Rowling pays huge taxes and donates to more than a dozen charities. When COVID-16 struck, she donated £1 million to help the homeless and the victims of domestic violence.

By 2011, her total donations reached $160 million, according to Philanthropic People.

The table below shows some of her beneficiaries, as compiled by LookToTheStars.org:

Issues With J.K. Rowling And Other Controversies

Two of the challenging chapters in her life involve her father and the public, which include her very own fans.

Business Insider reported that J.K. Rowling last talked to his father in 2003.

It stemmed from Peter Rowling selling an autographed Harry Potter book she gave him in 2000 for Father’s Day.

As for the other struggle, it’s about her tweets that several members of the transgender community find offensive.

Even Daniel Radcliffe and Emma Watson called her out for her tweets that were offensive to transgender people.

In the documentary “Harry Potter 20th Anniversary: Return to Hogwarts” (2022), J.K. Rowling was nearly absent from it.

Only old footage of her was included in the said documentary.

Yes, J.K. Rowling still writes. The Ink Black Heart, the latest installment in the Strike series, came out on August 30, 2022.

What Is J.K. Rowling Most Popular Book?

It could be Harry Potter and the Philosopher’s Stone.

In 2021, an original copy of its first hardbound edition was bought from an auction for $471,000, per Antique Trader.

How Much Are 1st Edition ‘Harry Potter’ Books Worth?

Will ‘Harry Potter’ Ever Return?

If the one being referred to is Daniel Radcliffe, he’s not interested to be part of the film version of Harry Potter and the Cursed Child, according to Vanity Fair.

At that time, he already taught science for 30 years at Wyedean, where she was a high school alumna. As a teenage student, Thompson described her as:

Jo was quiet and worked hard. She didn’t stand out as being exceptional.

In a 2010 interview, Oprah Winfrey introduced her as the “first self-made billionaire author in history.”

That one is an exceptional accomplishment for J.K. Rowling, who continues to stand out in the literary world.