The Study of Aconcagua 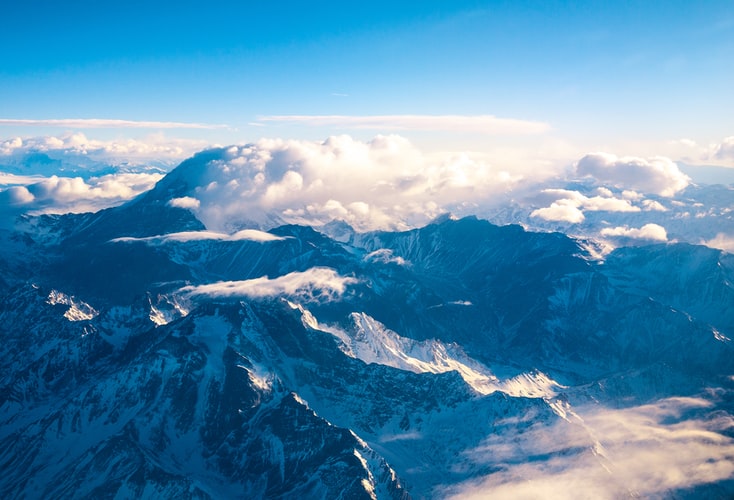 The team made up of scientists from various academic institutions in Mendoza, both national and abroad, released the results of their complex investigations around Aconcagua in a ceremony held at the Faculty of Philosophy and Letters of UNCuyo. The most anticipated data: the Colossus of America has a height of 6,960.8 meters above mean sea level.

The event was chaired by the rector of the National University of Cuyo, Arturo Somoza, who was accompanied in the institutional presentation by the Dean of Philosophy and Letters, Adriana García; the deputy director of the National Geographic Institute (IGN), Julio Benedetti, and the director of Renewable Natural Resources of the Government of Mendoza, Daniel Gómez.

The technical presentation was given by the director of the SIGMA Program (Geodynamic Research System of Mount Aconcagua), Luis Lenzano, and the person in charge of the measurements and future director of the IGN, Sergio Címbaro.

Also participating in the event where the Secretary of Science, Technology and Postgraduate Studies, Carlos Passera, and the co-director of SIGMA, Jorge Barón, of UNCuyo, along with a large audience of researchers, teachers, students, members of the Ranger Corps, and of the Aconcagua Park Rescue Patrol, guides and companies linked to mountain activities.

The SIGMA director highlighted the solidarity and collective construction character that inspires the program, "overcoming the individualistic structures" that tend to predominate in the scientific world. In that sense, he mentioned the participation of UNCuyo, the National University of Rosario, the Mendoza Institute of Earth Sciences, the IGN, and the American Universities of Memphis, Hawaii, and Ohio.

Along with this collaboration, he emphasized the financial contribution that supports the activities of the National Agency for Science and Technology, CONICET, UNCuyo, and the National Sciences Foundation of the United States.

Regarding financing, he pointed out that this is a clear sign of the "confidence of the institutions in the activities carried out and, especially in the results obtained." In this regard, he stressed: "We do not understand science and Technology without results."

Lenzano presented, in a quick enumeration, the numerous investigations of various characteristics carried out in selected key sites around Aconcagua, using state-of-the-art instruments and technologies, in order to accurately determine the behavior of glaciers.

These investigations, he pointed out, on the other hand, are part of an international program to study the Central Andes, which through 2,700 points and 100 stations aims to "measure the variations recorded by the Earth's crust."

Within this framework, he placed "two years of GPS and gravity measurements" to determine "the height of Aconcagua."

Sergio Címbaro explained why a new measurement of the Colossus of America was necessary. The only precedent in this regard was an investigation carried out by the University of Buenos Aires in 1956, which resulted in a height of 6,959.6 meters. After 56 years, and taking into account the progress achieved in scientific research, a new measurement was necessary using current scientific instruments.

In this sense, the scientist warned that "today the data are not comparable, it cannot be said that the height of the hill increased or decreased" between the two measurements, precisely because of the different research methodologies used.

However, he stressed and, in some way, was pleased that between the result obtained now, of 6,960.8 meters, and the previous one, "the difference is only 1.20 meters."

About the latest generation knowledge and instruments, Címbaro made a detailed explanation. And in this regard, he highlighted the contributions made by the National Universities of Cuyo, Rosario and San Juan, the Directorate of Renewable Natural Resources of Mendoza, the Institute for Environmental Studies and Natural Resources (IDEARN) of Philosophy and Letters, of the Argentine Institute of Nivology and Glaciology (IANIGLA) of CONICET and the National Geographic Institute.

Likewise, he thanked the decisive collaboration for the entire process of the Rangers Corps, the Mendoza Police Rescue Patrol, the guides and porters of the Aconcagua Park, and the Aymará and Fernando Pierdomo companies.

In his institutional presentation, Rector Somoza defined Aconcagua as "a symbol of Mendoza and Argentina with a great international projection" and as a "focus of attraction not only popular but also scientific", so "we must take advantage of it to install the studios about him ”.

He congratulated all those involved for having "constituted a network of institutions of different nature, provincial, national and international."

After recalling that he was once the head of the Directorate of Renewable Natural Resources of Mendoza, Somoza expressed his "conviction that the new knowledge acquired through the SIGMA program will result in a better quality of life in Mendoza", as they refer to such topics as important such as "water and seismic problems", so "surely they will have a strong seismic impact".

Dean García highlighted the "collective construction that includes many silent tasks and paradigmatic people" involved in the program "and, furthermore, that it is carried out" at times of national crossroads, in which profound changes are recorded focused on the democratization of The science".

He also valued the linking of so many institutions "without losing their identity, with the aim of benefiting a society at risk", due to the many edges that hydrology, seismology, road networks, and means of transport must know.

Daniel Gómez located the activities related to Aconcagua within the framework of "many projects that the Province and the University share, such as the Territorial Organization Law and the 2020 Strategic Plan", a link that constitutes one of the strategic policy axes of UNCuyo.

He recalled that around 7,000 climbers annually ascend to the heights of Aconcagua, half of whom try to reach the summit, but there are about 150,000 who visit the Park each year, a large part of them foreigners.

Therefore, he considered that the SIMGA program can be constituted as "a great high-altitude laboratory, useful for everyone", which undoubtedly "dignifies and commits the Government of Mendoza much more in this task."

The deputy director of the National Geographic Institute was pleased that the presentation of the results of the program was held "at the university headquarters." He recalled that the institution gained new momentum after its name change in 2009 in its responsibility to measure and control the national territory.

In this sense, he indicated that the Institute already has "offices in the provinces, headed by the Provincial Governments, with a representative of the IGN but appointed by the provinces." This policy, he explained, seeks that "the functions of the Institute are fulfilled according to the needs of the actors in the territory and that the Cartography is prepared according to local realities."

One of the aspects he pointed out was the importance of the construction of shelters, in which IGN has specifically collaborated and, in that sense, evoked the policy developed in their governments by President Perón.

Finally, he gave Rector Somoza a Cartography Map of Argentina in a definition of 1: 500,000, an institutional publication of the IGN and the first issue of the Institute's Magazine entitled "The eye of the condor.

The event ended with the presentation of diplomas of recognition to researchers, grardiaparques, members of the Rescue Patrol, collaborators of the Faculty, the Aymará company, and the author of the video that tells the history of the SIGMA Program, Cecilia Agüero.