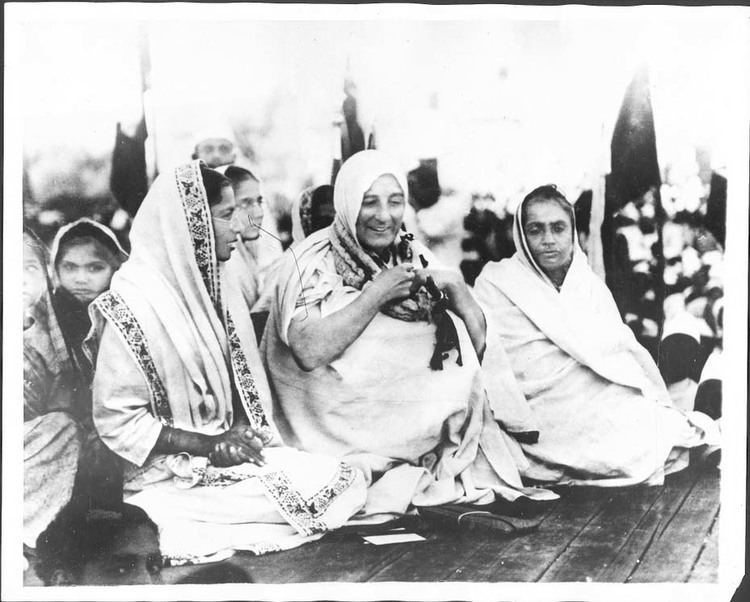 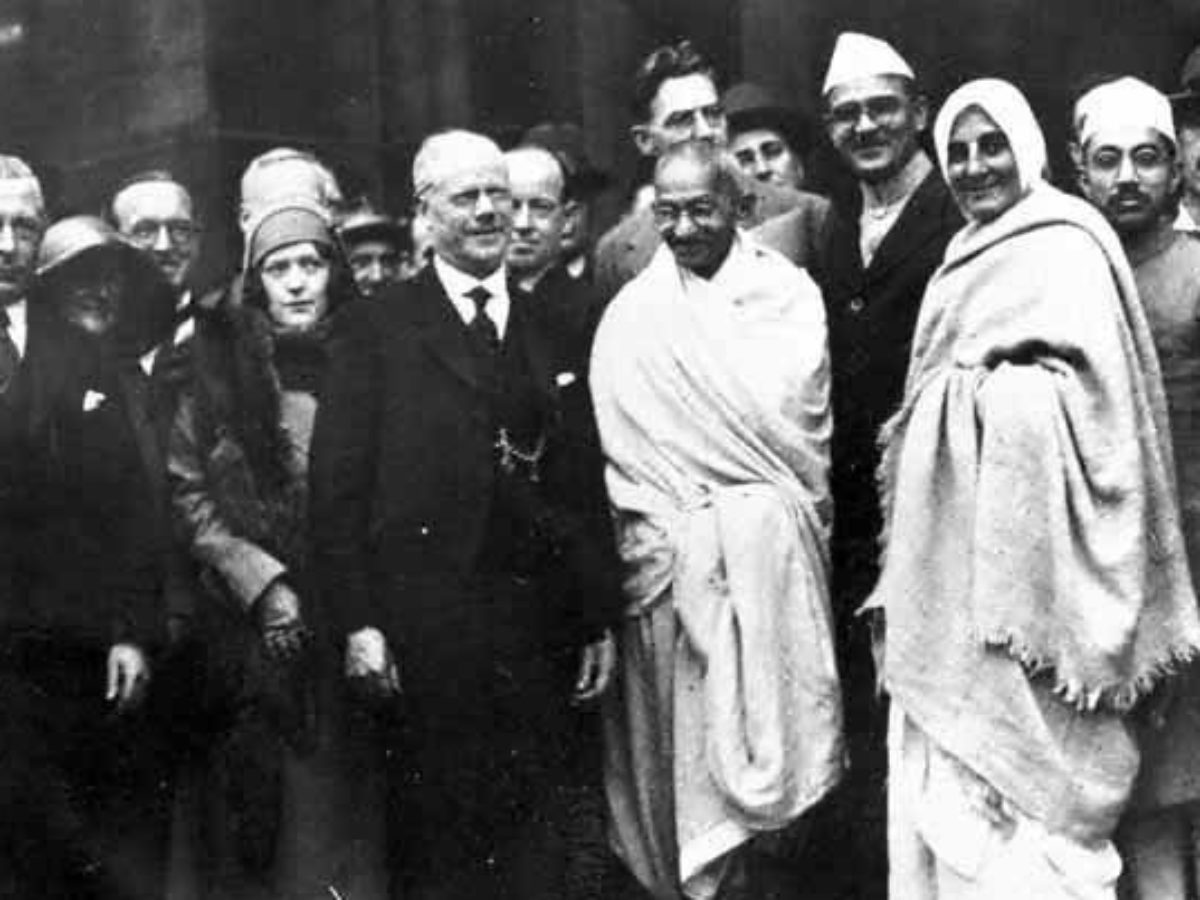 They call it the pathology of normality. We psychoanalysts believe that if everything about a person is normal, there must be something wrong, explains Sudhir Kakar. But it's when everything is not normal about a person that he sits down to write a book.

The psychoanalyst and author has earlier chosen Vatsyayana and Ramakrishna as his subjects. This time, however, it's a woman he met in the heart of Austria, and an Indian man most think is the closest to God in human form. Kakar's Mira & the Mahatma was released by Penguin exactly three days before Mahatma Gandhi's 135th birth anniversary, a semi-factual, semi-fictional study of the complex relationship between Gandhi and Mirabehn, the most favoured inmate of his ashram at Sabarmati.

Mira is the heroine of Kakar's book, the one person in Gandhi's later life who leads him to clash with his self-imposed moral and spiritual codes. But that, the distinguished-looking grey-haired writer elaborates, was because Mira was an extraordinary person herself. Everything about Mirabehn was so out of the ordinary. Only the best would do for her. Just look at the three most prominent men in her life.

Mirabehn, as she was named by Gandhi, was greatly influenced in her early life by Beethoven which led to her association with Nobel Prize-winning author Romain Rolland, who wrote Beetho- ven's biography. Rolland in turn led Mira to the person she called her Living God: Mohandas Karamchand Gandhi. Rolland had also written Gandhi's biography, and urged Mira to read it, saying Gandhi was another Christ. Mira read the book and found her calling. At the age of 33, she left England forever to lead the life of an ascetic in Bapu's ashram.

Madeline Slade, daughter of Sir Edmund Slade, commander-in-chief of the East Indies fleet station, had lived for two years in Bombay between the ages of 15 and 17, after which she moved back to England with her family. Madeline, according to Kakar, was completely different from the regular English belle of the day. Her upbringing had been one of opulence, and the biggest decision her mother and sister Rhona had probably had to take in their entire lives was what to serve Sir Winston Churchill when he came to dinner. But Madeline hated parties, jewelry and preferred to be left alone.

Only, her passions were intense. They would start as admiration for what a person stood for, and then transform themselves into an all-consuming desire to be near the person himself. It is strange to know that a woman who led a cloistered life even in India should choose to take such an austere turn, and with a man Britain regarded as their arch-enemy during that period. But for Madeline, Gandhi was the purest form a human being could attain a man to whom nothing mattered except his ideals. In fact, in their later life, the more Gandhi pushed her away from him, banishing her to other ashrams, the more she craved for his nearness.

Kakar's book Mira & the Mahatma tries to explore the various levels of the complicated Mira-Mahatma equation. From Mira's single-minded devotion to her god in Mira & the Mahatma, however, emerges one very interesting aspect of Mahatma Gandhi's life his relationships with women. Gandhiji liked to be around women. But that was not as a macho male surrounded by worshipping women. When he was with women, he was one of them, says Kakar.

He explains that Gandhi's interaction with women was conducted with the philosophy of sakhibhav. Gandhiji was a woman with women. In fact, he said many times that he wished he had been born a woman, says Kakar. But Gandhiji's relationships with the women in his life were a lot more complex than mere woman-woman friendships.

Ba, or Kasturba Gandhi, was a means of fulfilling Gandhi's strong physical needs in his early life. The great man candidly admits in his autobiography to making love to her even while his father was dying. In later life, with his self-imposed personal restrictions, the relationship evolved into a much more complex one. To Ba, it was important to perform certain functions for Bapu, like rubbing ghee on his forehead and feet, and taking care of his diet. For her, that was a means of staking her claim. Mirabehn, after she arrived at the ashram, gradually took over these tasks. Ba must have been jealous, says Kakar.

On Gandhi's part, living up to his self-imposed vows of celibacy must have been harder than one can imagine. Sudden acts of extreme harshness to women from a person generally regarded as mild-mannered are inexplicable. Gandhi could frequently be heard shouting at Kasturba, and even called her a thief in public when she kept all of four rupees that somebody had gifted her.

He once slapped a large-bosomed German woman when she accidentally brushed against him. With Mira, he was harsh during that one incident when she fell at his feet and wept, although he apologized for his overreaction later. The female touch made him uncomfortable, and caused him to react strongly. Such is the cruelty of a saint, explains Kakar, in an attempt to explain this behavior.

But Mira was different from all the other women who longed to be close to this man who would only meet them as one of them. As events progress in the book, we find Mira being attracted more to the person that was the Mahatma. The aristocratic British woman who wouldn't even shy at smelling latrines (to check if they were clean enough) at Bapu's request if it meant pleasing him, would even risk his displeasure at giving in to the demands of the flesh when she wrote pleading letters to him. For her, nothing else mattered than being close to Bapu.

The arrival of Prithvi Singh, the freedom fighter, gave the Mira-Mahatma relationship a new dimension, as Mira fell in love with the man who lived dangerously and spoke to Bapu without reverence. In Kakar's book, Gandhi blames himself for Mira's unrequited love for Prithvi Singh, who saw her as a sister. In his memoirs, Singh writes, just like the way Mirabai was absorbed in God, I saw the English lady absorbed in Bapu. Mira is completely silent on Singh in her memoirs. Just as she wouldn't ever talk about Bapu after she moved to Austria.

Mirabehn and Mahatma are flesh-and-blood creatures in Kakar's book, as are Kasturba Gandhi and some of the ashram inmates. The Gandhi of my book is completely real, he clarifies, when trying to explain what is fact and what is fiction. Fiction creeps in when Mira writes about ashram life to Romain Rolland. I had to take recourse to some fictional letters to describe Mira's first impression of Gandhiji and what was going on in her mind thereafter, explains Kakar. But even his fiction has solid basis. A letter that Mira writes to Rolland describing the Mahatma (she writes that he has the ears of a leprechaun), is a case in point. Kakar says he has merely reproduced Rolland's own first impression of Gandhi in that letter. Mira's other letters, he has culled from the information he gathered from the ashram's inmates journals.

The novel has a fictional narrator, Navin, a resident of Sabarmati and Mira's Hindi teacher, but even he is based on the character of Sumangal Prakash, who wrote a book on his years with Bapu. In the epilogue, in fact, Kakar has disguised his own meeting with Mirabehn in Baden, Austria, in 1965 as one where Navin meets her, and she tells him she's been singularly blessed in life.

She didn't have a husband or children. I don't know if I can say her life was a success, says Kakar. But on another level, Mira spent her entire life living up to her ideals, and was true to them. In the epilogue, he writes it is beyond him to judge Mira. That's because, in her case, Sudhir Kakar's simple psychoanalytical theories definitely don't work.