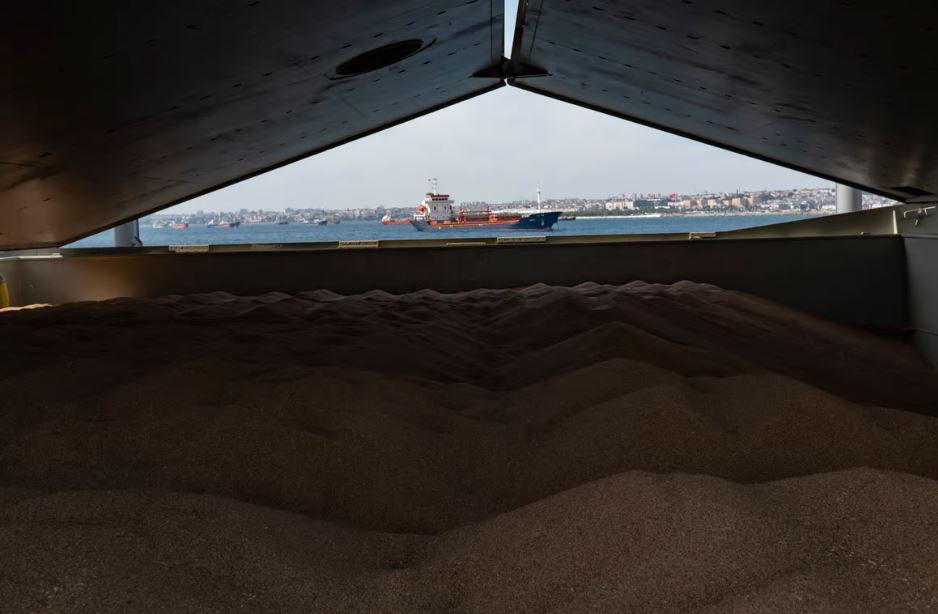 According to the center, Ukraine, Turkey, and the UN had all approved the movement of the ships, and Russia "had been informed."

According to the UN, there were no ships within the hallway that evening. The attack took place in Crimea, a peninsula in the southern part of Ukraine that Russia annexed in 2014.

Volodymyr Zelensky, the president of Ukraine, has accused Russia of "blackmailing the globe with starvation," which Russia rejects.

Russian President Vladimir Putin told his Turkish counterpart over the phone that he would only think about restarting the grain agreement when the Crimea incident probe was over. The UN, Turkey, and Ukraine have all agreed that there will be no ship movement on Wednesday.

According to a spokesman for Odesa's military administration, who was quoted by Reuters, Monday's containers represented a record daily number of exports since the grain deal got underway.

According to the government, Ethiopia, where "the actual risk of widespread hunger" existed, received one of the ships carrying 40,000 tonnes of grain.

Following its invasion of Ukraine in February, Russia's navy established a blockade on its Black Sea ports, holding over 20 million tonnes of grain intended for sale as well as other foodstuffs like maize and sunflower oil inside the nation.

But in July, Turkey and the UN helped broker a compromise between Ukraine and Russia that allowed grain deliveries through Black Sea ports to resume.

However, on Monday, President Putin announced the arrangement was being put on hold, blaming Kyiv for the "massive" drone attack on its navy in the port of Sevastopol.

He claimed that in order to undertake grain exports, maritime safety must be guaranteed and that doing so would be too risky.

"Ukraine must guarantee that there will be no threats to civilian vessels," Mr. Putin said in a live speech.

Kiev has refused to claim credit for the strike, claiming Moscow had long planned to renege on the deal that had been mediated internationally and used the attack as justification for doing so.

According to Kremlin spokesman Dmitry Peskov,

In conditions when Russia is talking about the impossibility of guaranteeing the safety of shipping in these areas, such a deal is hardly feasible, and it takes on a different character - much more risky, dangerous and unguaranteed.

The US has denounced Russia's departure from the agreement, accusing Moscow of "weaponizing food."

Josep Borrell, the head of foreign policy for the EU, has pleaded with Russia to change its mind, arguing that endangering the shipment of grains and fertilizers would worsen the world food crisis.

Russian ambassador to the US rejects claims that his nation is aggravating the world food crisis, claiming that such accusations are unfair. The halt comes as Russia, which had earlier claimed that its evacuations of the occupied Kherson region had ended, now claims to have increased them.