Genomic Medicine - Does It Have Any Effect On Acute Cardiovascular Disease In Diabetes? 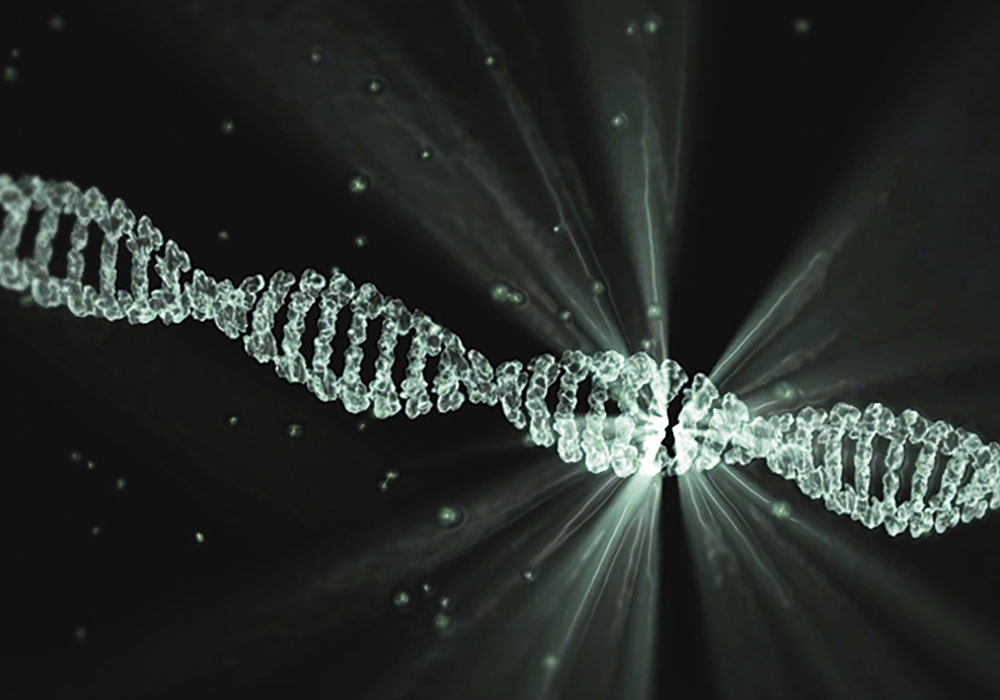 In today's modern medicine, genomic medicine plays an important role in the promotion of health and the prevention of disease.

Researchers are now able to determine nutritional interventions that will improve gene expression and the overall health of communities thanks to nutritional genomics.

Due to its crucial function in the immune system, which involves toxic immune reactions linked to the acceleration of various organ diseases, including diabetes, the anti-aging gene Sirtuin 1 (Sirt 1) is now important for preventing chronic disease.

What Is Genomic Medicine?

Genomic medicine involves using a patient's or individual's genes (DNA) in order to influence their care or as part of their clinical care.

This can be done through the application of genomic sequencing.

Genomic medicine takes a personalized approach to patient care by investigating an individual by analyzing the individual's unique and intricate biological details.

This enables a more accurate diagnosis as well as a treatment strategy that is tailored specifically to the individual.

The way in which our bodies react to illnesses and conditions, such as coronary heart disease and cancer, can be influenced by our genes.

Genomic medicine is becoming increasingly useful in helping us understand the connections between disease and biology, which in turn influences diagnosis, treatments, and the patient's unique path through the healthcare system.

What is Genomics - Full Length

Why Is Genomic Medicine Used?

The concept behind genomic medicine is that by utilizing the patient's genomic information, we can better understand the patient's condition and, as a result, better tailor the patient's treatment to meet their specific needs.

If we are able to make an accurate diagnosis, there is a better chance that we will be able to provide the appropriate treatment.

The application of genomic medicine has been particularly fruitful in oncology as well as the study of rare diseases and infectious diseases.

Because of this, genomic medicine is also known as "precision medicine."

It is also anticipated that genomic medicine will be able to identify instances in which implementing relatively uncomplicated alterations to one's way of life will contribute more to one's overall health than will receiving medical treatment.

In addition, genomic medicine may be able to estimate the likelihood that you will develop a particular disease and provide guidance regarding the most effective preventative measures to take.

What Does Genomic Medicine Involve?

As a result of the conclusion of the Human Genome Project (HGP) in the year 2001, we are now in a position to practice precision medicine.

The Human Genome Project (HGP) was an international research program that successfully mapped all of the genes found in humans.

Our entire genetic make-up is referred to as our "genome," and it encompasses all of our genes.

Therefore, in order to make diagnoses and formulate treatment strategies, genomic medicine makes use of the following:

How Is Genomics Used In Medicine?

A prospective parent's medical history can reveal whether or not they are a genetic disorder carrier, which means they have the potential to pass the condition on to their offspring.

It is beneficial for the parents because it enables them to make decisions and plans for the future that are informed, which the parents can then implement.

From an individual's genetic make-up, one can infer their likelihood of developing certain diseases, such as cardiovascular disease, stroke, and cancer, for example.

Both of those are possibilities.

Both of those things should be avoided at all costs.

As a result of the fact that they are in possession of this knowledge, they are in a position to reduce the risk by reducing their exposure to it through the consumption of medications, the receipt of medical intervention, or the implementation of beneficial changes to their way of life.

For example, in circumstances where the underlying cause of a number of symptoms cannot be determined using any other approach, genetic testing may be utilized.

The Effect Of Genomic Medicine In Acute Cardiovascular Disease

Molecular targets that are relevant to immune dysfunction, organ disease, and metabolic syndrome are connected to Sirt 1 defects in diabetes.

These defects link the gene to regulatory influences that affect multiple organs.

Histone deacetylase (HDAC) Sirt 1 is a NAD+-dependent class III enzyme that is responsible for regulating the immune system to prevent mitophagy.

Sirt 1 deacetylates nuclear receptors that are associated with insulin resistance and directs its attention to transcription factors like p53 in order to adapt gene expression to the immune system.

The expression of Sirt 1, which is affected by microRNA (mi-34a, mi-132, and mi-122), can be changed, which in turn affects insulin resistance, cardiovascular disease, and metabolic disease.

Concern has been expressed in a number of different parts of the world regarding the factors that contribute to cardiovascular diseases.

When it comes to diabetes, nutrition and genomic medicine are extremely important for insulin therapy, cardiovascular disease, and toxic immune reactions.

Repression of Sirt 1, unchecked toxic immune reactions, and mitophagy should all be included in the classification of immune-mediated inflammatory cardiovascular diseases.

This is important information to consider in light of the progression of cardiovascular disease in diabetics.

Alterations in climate and pollution are linked to Sirt 1 repression and mitophagy, which are both factors that can cause myocardial infarction or arrhythmias.

Incorrect metabolism of HSP 70 has been linked to repression of the Sirt 1 gene, which is now commonly referred to as the heat shock gene.

There is a correlation between elevated levels of HSPs in men and an increased risk of cardiovascular disease. HSP70 plays a significant role in both autoimmune diseases as well as the death of mitochondria.

Heat therapy in diabetics should be carefully controlled because it may lead to complete inactivation of nutritional Sirt 1 genomics, which affects immune reactions as well as acute cardiovascular disease and NAFLD. Heat therapy may also cause NAFLD.

For the treatment of insulin resistance and the prevention of organ disease related to diabetes, activating Sirt 1 through nutrition is essential.

In the field of nutritional genomics, nutrition and the immune system play important roles. Mitophagy in neurons is essential to preserving neuron lifespan in conditions such as cardiovascular disease, metabolic disease, and neurodegenerative disease.

Because repression of Sirt 1 is associated with autoimmune disease, NAFLD, and insulin resistance, substances that inhibit Sirt 1, such as bacterial lipopolysaccharides, may play a role in the progression of diabetes.

Caffeine is regarded as a trigger for acute cardiovascular disease by nutritional genomics.

Caffeine, which acts as a Sirt 1 modulator, is responsible for inducing Type 3 diabetes by way of mitophagy and NAFLD.

The amount of fat consumed in the diet on a daily basis (in grams), which determines how the body processes caffeine, is relevant to the use of Sirt 1 activators in genomic and nutritional medicine for the prevention of diabetic cardiovascular disease. 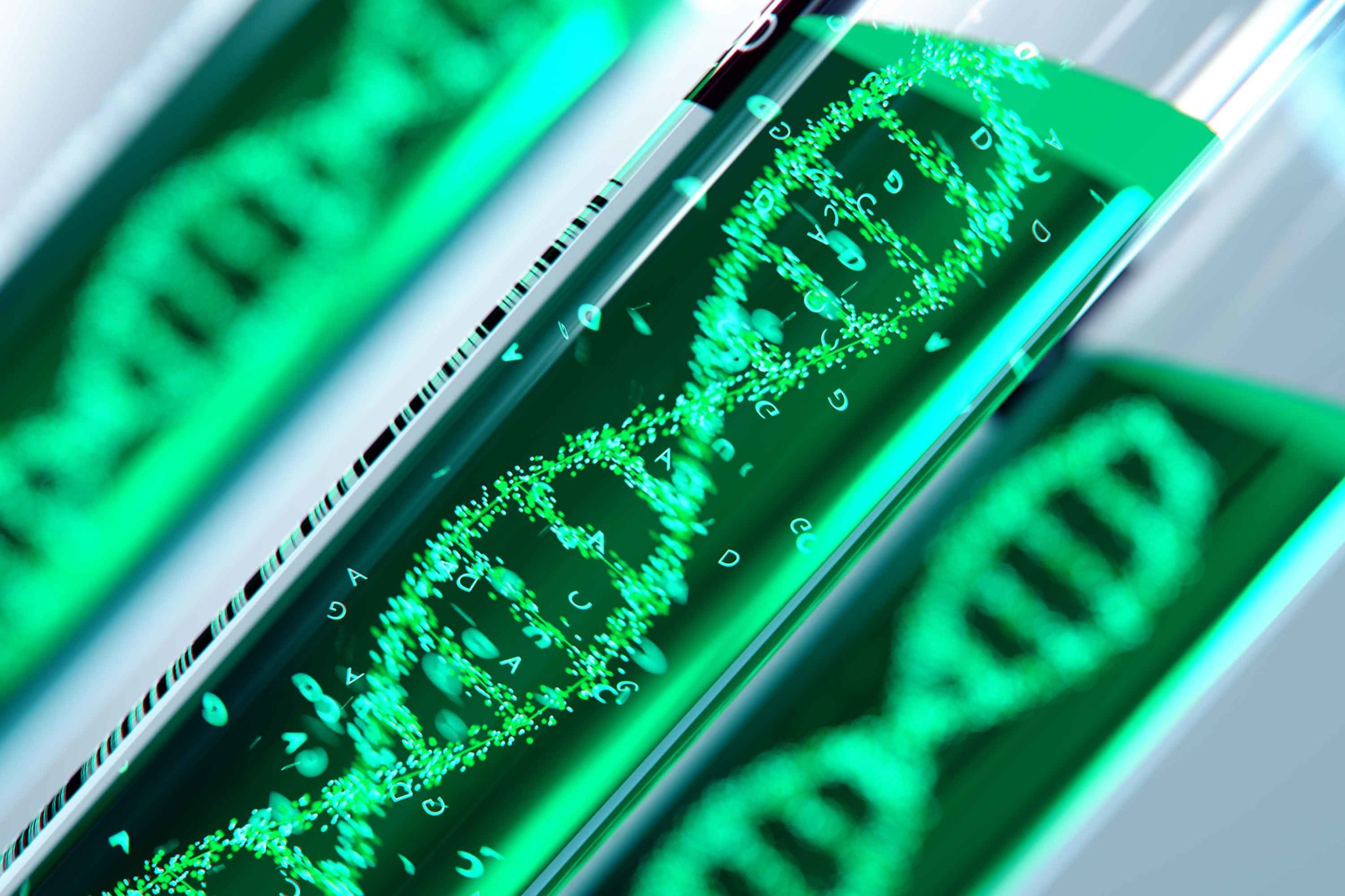 Why Is Cardiovascular Medicine Important?

Patients who have suffered from heart attacks, heart failure, or other heart-related conditions are a common type of patient that they treat.

They contribute to the process of deciding whether to perform heart surgery, heart catheterization, angioplasty, or stenting.

How Is Gene Therapy Used To Treat Disease?

In gene therapy, an attempt is made to treat or prevent disease by modifying the genes that are already present in the cells of the patient's body.

Your DNA is a code that directs much of the structure and function of your body, from how tall you get to how well your body systems work.

This code is contained within your genes. Diseases can be caused by the improper functioning of genes.

How Much Of Cardiovascular Disease Is Genetic?

It is estimated that hereditary factors account for approximately 40% of the risk for cardiovascular disease.

What Genes Are Linked To Cardiovascular Disease?

When all of the researchers' findings were combined, they came up with six genetic variants that were associated with an increased risk of heart disease or heart attack.

The MTHFD1L gene, the PSRC1 gene, the MIA3 gene, the SMAD3 gene, the CDKN2A/CDKN2B gene, and the CXCL12 gene all contain or are close to these variants.

Recently, the study of nutritional genomics and the regulation of Sirt 1 have come to the forefront as significant factors in the treatment of diabetes as well as the progression of a wide range of organ diseases.

The inactivation of Sirt 1 that occurs as a result of exposure to either heat or cold stresses causes a disruption in the metabolism of HSPs, which is linked to defective immunometabolism and mitophagy.

The fields of science and medicine, especially in the context of genomic medicine, have a responsibility to consider the expression of the Sirt1 gene and how it relates to diseases like diabetes and accelerated immune responses that can result in acute cardiovascular disease.

Some of the risk factors that should be taken into account as potential causes of acute cardiovascular disease, which is connected to the development of NAFLD and diabetes, include caffeine, elevated body temperature, and environmental pollution.