Fredi Washington: How Passing Off As White Affected Black Hollywood 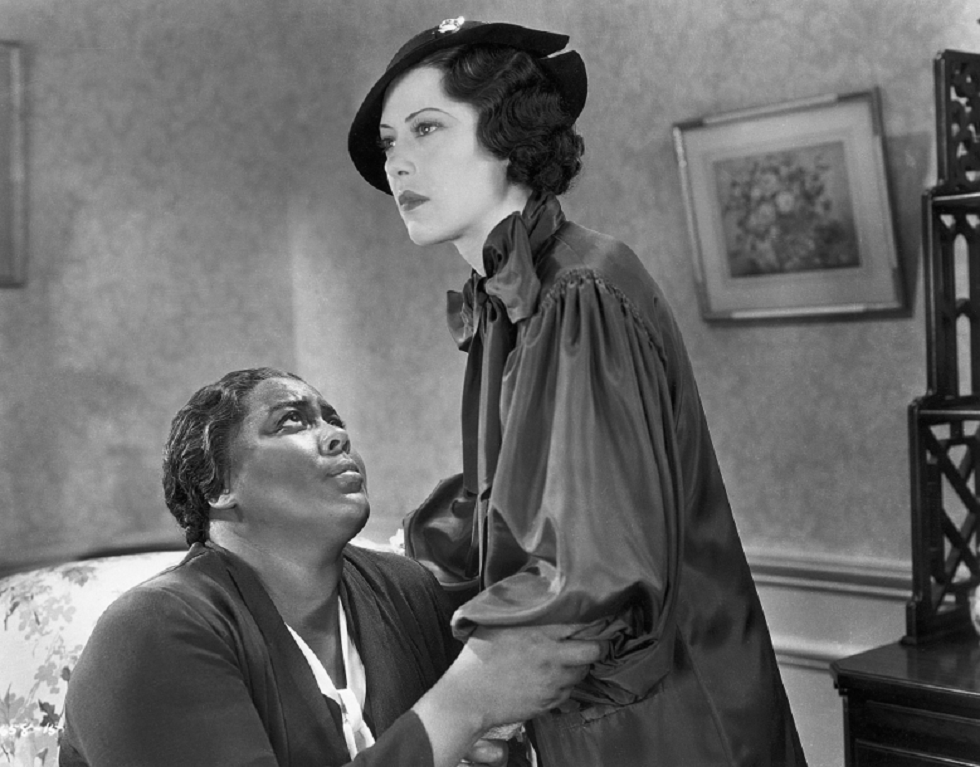 Fredi Washington , much like other young workers of her time, was multitalented. When you're put to work at the age of 16, it pays off to excel in dancing and acting. Washington began her career in the 1920s before going on to a career in film, radio, and the stage in the 1930s and 1940s. Her talents didn't end there as she was also an activist throughout her career, organizing against racism in unions, theaters, television, and film.

The Life Of Fredi Washington

Her Full Name Is:

In 1903, Frederika 'Fredi' Washington was born in Savannah, Georgia. Her family moved to Harlem during the Great Migration, which forced families to leave southern American states to escape the oppressive Jim Crow laws.

Fredi Washington was born to her father, Robert T. Washington, who was a postal worker and her mother, Harriet Walk Ward Washington, was a homemaker. She was one of five siblings.

She Was Sent To An Orphanage Which Believed In Equality:

Fredi Washington's mother died when she was eleven. When her father remarried in 1917, she and Isabel (her sister) were sent to St. Elizabeth's Convent for orphaned black and Indian children in Cornwell Heights, Pennsylvania.

Fredi Washington later moved to New York to live with her grandmother and an aunt, where she attended Julia Richman High School before the depression forced her to drop out in order to support herself.

In NY Fredi Washington worked as a stockroom clerk at a dress company and as a bookkeeper at the W.C. Handy Black Swan Record Company, where she heard about a dance audition for the musical Shuffle Along. Choreographer Alida Webb hired her on the spot.

Fredi Washington's career in entertainment began in 1921 when she was cast in the chorus line in the Shuffle Along, the first Broadway musical created, produced, and performed entirely by African Americans.

Then she worked as a dancer at Club Alabam, a club in midtown Manhattan that catered to mostly white and wealthy audiences. While dancing at Club Alabam, Washington gained the attention of Lee Schubert, who insisted she audition for the play Black Boy. Washington was cast as the female lead in Black Boy, playing opposite Paul Robeson. The play opened in 1926 at the Comedy Theatre on Broadway and critics praised her performance.

Why She Became An Activist:

This manner of typecasting, and its consequent effects on Washington, was most clear in Imitation of Life. Washington was cast as "Peola", a young light-skinned black woman who decides to pass as white in order to access opportunities available to whites.

The role of "Peola" followed the figure of the "tragic mulatto" as a character type assigned to black actors.

Before production, the Hollywood Production Code Administration (PCA) rejected Imitation of Life as it was found to be in violation of a code clause covering miscegenation (being bi-racial).

Due to its featuring a black woman appearing as white—the film was found by the PCA to be implying miscegenation (or the interbreeding of two races) somewhere in the character's past. In response to these concerns Universal, the studio in charge of production, inserted a line in the script explicitly describing Peola's father as a light-skinned black man.

Her appearance in Imitation of Life (1934), a box-office success, exacerbated difficulties Washington faced as a light-skinned black woman. Fredi's face had to be darkened in Imitation of Life (as it had in The Emperor Jones in 1933) so that audiences would not read her as white. Washington's performance in the role led to publicity claiming that she was, in real life, anti-black.

Following the film's release, Washington began to take a public stance against racial passing; a stance that influenced her subsequent selection of roles and her devotion to political action.

As well as being nominated for the Academy Award for Best Picture, Imitation of Life had a more lasting legacy: in 2005, it was inducted into the United States National Film Registry and in 2007 was named as one of 'The 25 Most Important Films on Race' by Time.

Being A Black Actress In Old Hollywood:

Fredi Washington was aware that she could have denied her African-American heritage to 'pass' as white within the film industry, especially after the acclaim of her performance in Imitation of Life received. She had 'light' skin and green eyes. But after growing up in the Harlem Renaissance, Washington had been surrounded by black artists and she was fiercely proud of her heritage.

"Early in my career it was suggested that I might get further by passing as French or something exotic. But to pass, for economic or other advantages, would have meant that I swallowed, whole hog, the idea of Black inferiority." – Fredi Washington

Dissatisfied with the limitations she faced as a film actress, in May 1942, Washington joined the staff of Adam Clayton Powell, Jr.'s Harlem newspaper, The People's Voice, to work on public relations for the weekly newspaper. She began filling in for columnists on vacation, writing in particular for the column, "Solid Meddlin." In April 1943, she took over the paper's drama and theater columns—Headlines and Footlights. Shortly thereafter, Washington began editing the entertainment section for the paper and contributing several columns covering culture: "Fredi Says.", "Odds & Ends," as well as feature stories on politics and culture.

Washington's new career at The People's Voice coincided with the launch of the "Double V" campaign by the Pittsburgh Courier. Washington became a powerful spokesperson for the Double V campaign, using her columns to criticize the treatment of black soldiers, as she did in printing a letter from a "white soldier" who confessed the realities of life in a segregated military. He also spoke of lobbying the state department to permit black artists to travel overseas to entertain troops.

Washington also used her column to launch powerful criticisms of Hollywood stereotypes. When the NAACP organized a campaign against racist stereotypes in Walt Disney's The Song of the South, actress Hattie McDaniels wrote a letter to columnist Hedda Hopper defending the film. Decrying the mammy roles that McDaniels was forced to play as well as what she understood to be McDaniels' complicity with these stereotypes, Washington observed that by relegating McDaniels and others to these roles, "movie-goers who have no contact with Negroes have no other means of finding out that off the screen she and countless other Negro females live an entirely different kind of life." (Fredi Says, April 26, 1947, p. 22) "Wake up Hattie," Washington wrote, "no one is riding you for the mammy roles you must play, but I for one am riding you for your defense of the overall picture these roles create in the minds of the movie going public." Washington ended her criticism with another call to action, telling readers to join the Cutlural Division of the National Negro Congress, an organization that intended to "get better roles" for black actors, "depicting us as part of the day to day American scene."

Between 1943 and 1948, Washington wrote over 200 articles for The People's Voice, work constituting a significant body of media criticism.

In 1937 Washington helped to found what would later become the Negro Actors Guild of America. This was a group which lobbied for better conditions, pay and treatment for black actors. Washington was their first executive secretary. She also lobbied for better lodging conditions for African-American performers as part of her work with Joint Actors Equity-Theatre League Committee.

In 1975, Washington's contribution to cinema was awarded with an induction into America's Black Filmmakers Hall of Fame.

In her personal life, Washington was married to Lawrence Brown, a member of Duke Ellington's band. After her divorce from Brown, Washington married Anthony Bell and retired to Stanford.