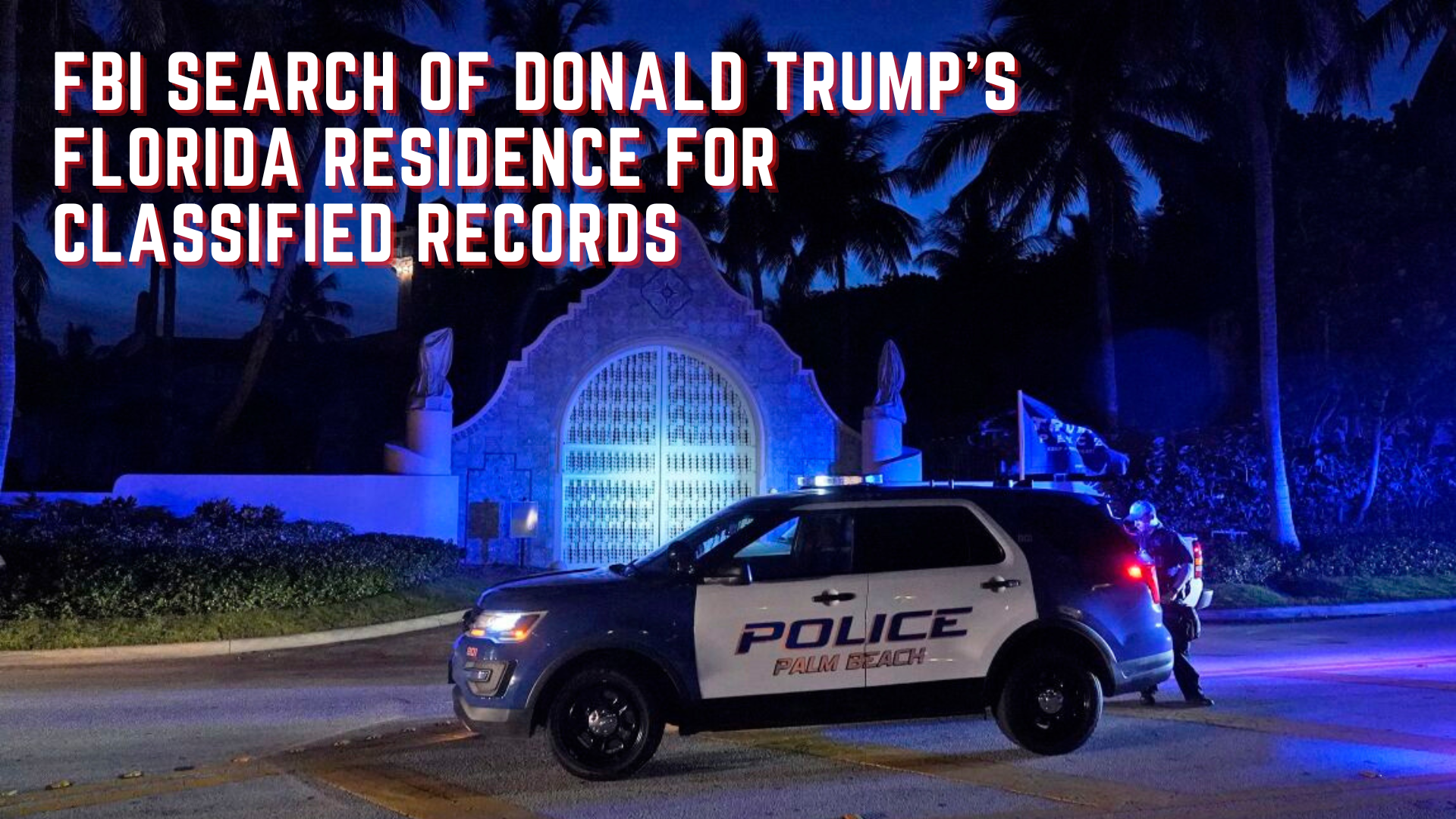 The FBI search of Donald Trump's Florida residence on Monday, August 8, 2022, indicated an extraordinary escalation of an investigation into his presidency's handling of certain documents

This raises the question of whether his legal liability goes beyond whether he improperly obtained government records when he left the White House.

What the FBI was looking for and why is still unknown. However, in order to obtain a search warrant, investigators would have had to show a judge that there was probable cause for a crime and that evidence of that crime was found at Trump's Palm Beach resort, Mar-a-Lago.

Here's what you need to know about the legal significance of the search, which comes as Trump prepares for a possible presidential run in 2024, and what could happen next.

According to the former head of the Justice Department's national security division, the FBI warrant for the search of Donald Trump's Mar-a-Lago estate in Palm Beach, Florida, indicates that prosecutors believe they have probable cause that there were violations of the World War I-era Espionage Act.

Historically, this law has been used to target government leakers like former NSA contractor Edward Snowden.

But it also “actually has provisions that apply to essentially the mishandling [of classified material] through gross negligence, permitting documents to be removed from their proper place, or to be lost, stolen or destroyed,”

According to Mary McCord, a veteran federal prosecutor who led the Justice Department's national security division in the final years of the Obama administration, on the Yahoo News "Skullduggery" podcast.

According to McCord, the Espionage Act is one of two federal crimes that prosecutors may be looking into in their search warrant for Trump's home.

Another federal statute, she claims, punishes anyone who "willfully and unlawfully conceals, removes, mutilates, obliterates, falsifies, or destroys public records."

McCord noted that the decision to search Trump's home required the approval of a federal judge and was based on an FBI affidavit that there was evidence of a crime at Mar-a-Lago at the time of the search. 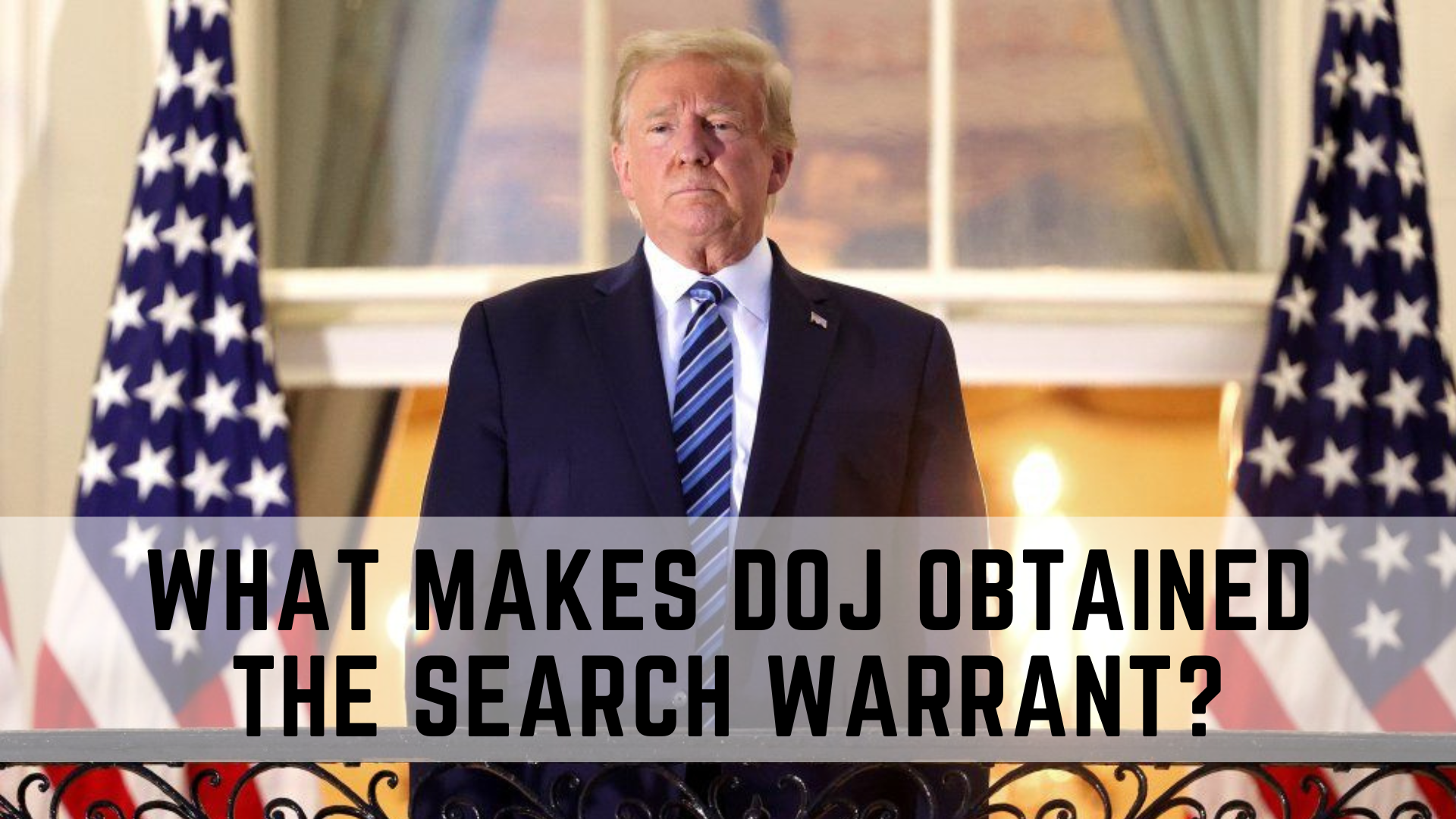 Donald Trump standing with two American flags beside him

To obtain judicial approval for the search, investigators would have had to present a detailed affidavit to a judge establishing that there is probable cause to believe that a crime was committed and that evidence of that crime exists in recent days at the property where the search is being sought.

The search warrant would have been filed under seal, which means that its details are not currently public (though they could become public in the future).

According to the federal courthouse in West Palm Beach's public register of cases, there has been only one sealed search warrant application since June that has not been closed as of Friday.

However, before prosecutors could ask a magistrate judge to approve the warrant, legal experts told CNN that in order to proceed with a search of such historical and political significance, investigators would have needed approval from the highest levels of the Justice Department.

It's also worth noting that the DOJ hasn't pursued civil litigation against the former president for how he handled the relevant documents.

The Justice Department filed a civil lawsuit against former Trump White House official Peter Navarro a few days ago, alleging that Navarro violated the Presidential Records Act and requesting a court order compelling him to turn over emails from a private account he used while working for Trump. 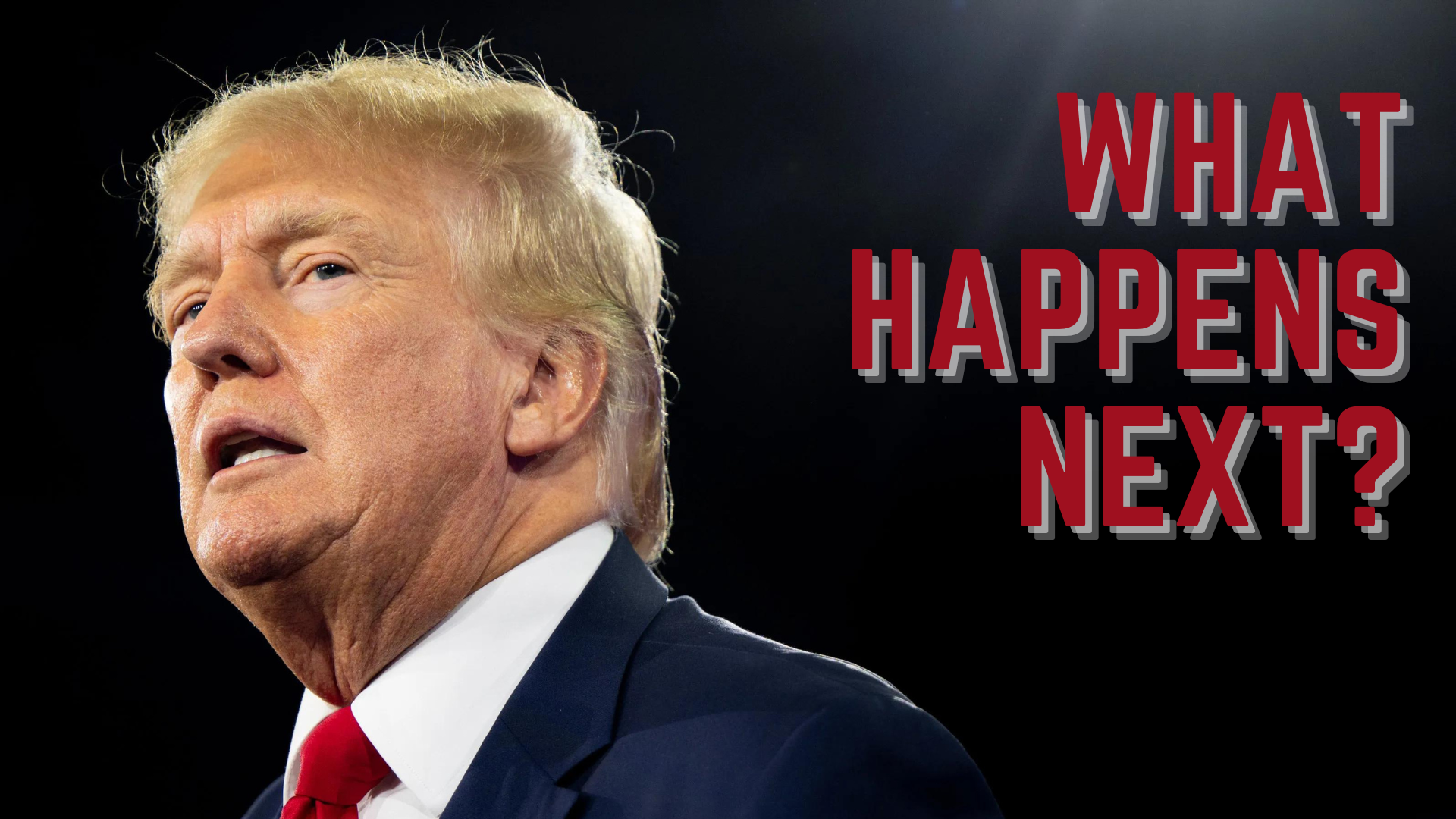 Donald Trump wearing blue coat and red tie with words What Happens Next?

It's unclear how surprised Trump's lawyers were by the FBI's actions on Monday, or what Trump's team has been arguing to the DOJ about the handling of the documents in previous interactions with investigators.

Trump could take a legal step by challenging the FBI's handling of the search in court, possibly with the goal of having any evidence obtained by investigators thrown out or at the very least gaining more information about what investigators are looking into.

However, without such court activity, the investigation could well continue in secret.

Does This Mean That Donald Trump Is About To Be Indicted?

No, not always. Search warrants are based on a lower standard of evidence, probable cause, than convictions, which require proof beyond a reasonable doubt.

While the execution of a search warrant indicates that an investigation has progressed to a certain level of seriousness, the gap between that point and indictment is significant.

Furthermore, in this case, the primary goal may have been the recovery of the material, with the prosecution coming second.

Even if that is not the case, it is fairly common for investigations that have resulted in court-authorized searches to wind down.

Furthermore, it's not even certain that Trump is the primary target of this investigation, though it appears likely.

After all, the investigation could be focused on someone close to Trump rather than the former president himself. So there are still a number of possibilities for this investigation that do not involve Trump's prosecution.

Furthermore, the execution of such a high-profile search warrant is the most significant piece of evidence to date of the Justice Department's willingness to prosecute Trump in principle. Garland and his colleagues must have anticipated the political backlash from Trump's political allies for themselves and the department as a whole.

As a result, the marginal political cost of indicting Trump over a search of his residence is unlikely to be the point at which the department makes its decision.

The search at Mar-a-Lago goes a long way toward answering questions about Garland's willingness to prosecute Trump, assuming the case's legal and factual sufficiency.

To sum it up, the FBI search of Donald Trump's Florida residence, including his safe, has raised eyebrows and questions about what the search might reveal about a possible criminal investigation into the former president and those close to him.

Nonetheless, the public is unaware of what the FBI discovered during the raid. However, the search could be related to the National Archives and Records Administration's removal of 15 boxes of presidential documents from Mar-a-Lago earlier this year.