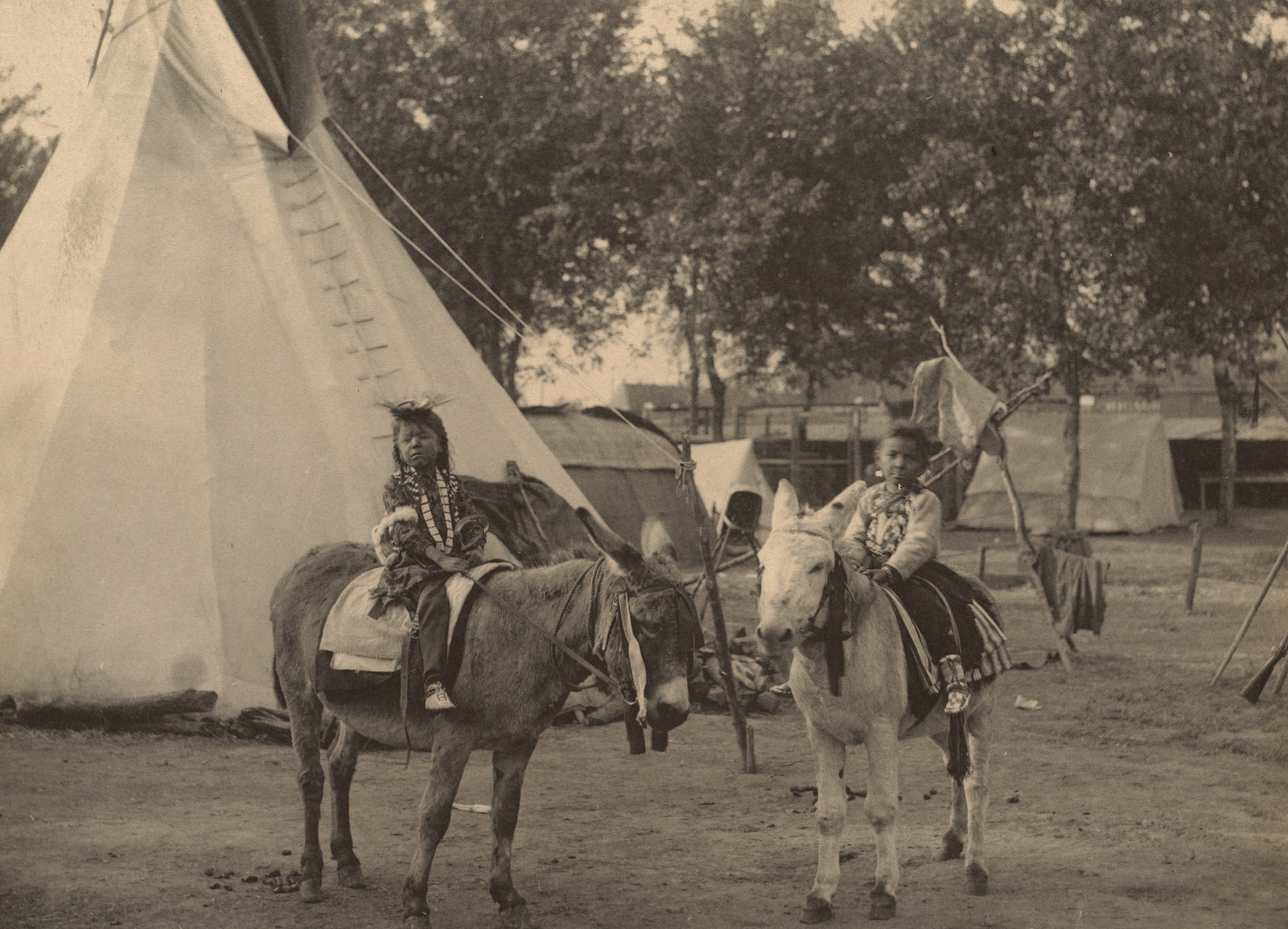 Imagine walking in the woods. These woods are very old. The trees are very tall and large. They are so bushy that they block out most of the sunlight. There are few small trees, or brush, in these woods; except where a large tree fell down, was struck by lightning, or died. This would let enough sunlight in to allow seedlings to grow. Where this has happened there are tangles of growth. These tall trees keep some of the heat of the summer out by blocking the sunlight and act as a windbreak all the time.

This is how Mercer County looked to its first inhabitants, the Native Americans.

This type of woods/forest is known as a "climax" forest. Climax forest grew from the coast of the Atlantic Ocean all the way across Pennsylvania and finally turned into plains somewhere near Youngstown, Ohio. There were over three hundred miles of mostly uninterrupted forest. There were clearings, small areas of plains, and marshlands, but most of the land was forested.

According to recent archaeological thought Indians came to the American continents during several Ice Ages beginning 30,000 to 40,000 years ago and ending about 8,000 years ago. These Indians probably came over a land bridge that connected Asia with Alaska, presumably the following game. This was possible because of the massive amount of water contained in these northern glaciers. If Indians followed the line of glacial activity and waterways, they probably came to this region quickly. Moraine State Park and the moraine line through this region mark the farthest advance of the glaciers of the last Ice Age and served as a direct pathway. The number of waves of migration is unknown but helps explain the physiological differences in many Indian tribes. Some Native Americans were smaller, others had a more robust build, and there were major differences in facial features. The Indians of the Eastern woodlands were described as having fair, or delicate, features and could be mistaken for a European if they were lighter in skin tone and dressed in European styles.

These Indians seemed to be nomadic and clannish and later developed into tribes as they became settled and developed borders with neighboring Indians. The early clan-like Indians were fisher, hunter, gatherer peoples. When they settled they became more agricultural and less fishing, hunting, gathering, but never shed that aspect of their lives.

The most recent findings suggest that Indians moved into this area over 10,000 years ago. These Paleo-Indians (pre-7,000 BC) were nomadic, yet left evidence of dwellings, fire pits, and many types of artifacts that indicate that this area was traveled extensively. This is pre-history—archeology—as we can only study these people through what they left behind. 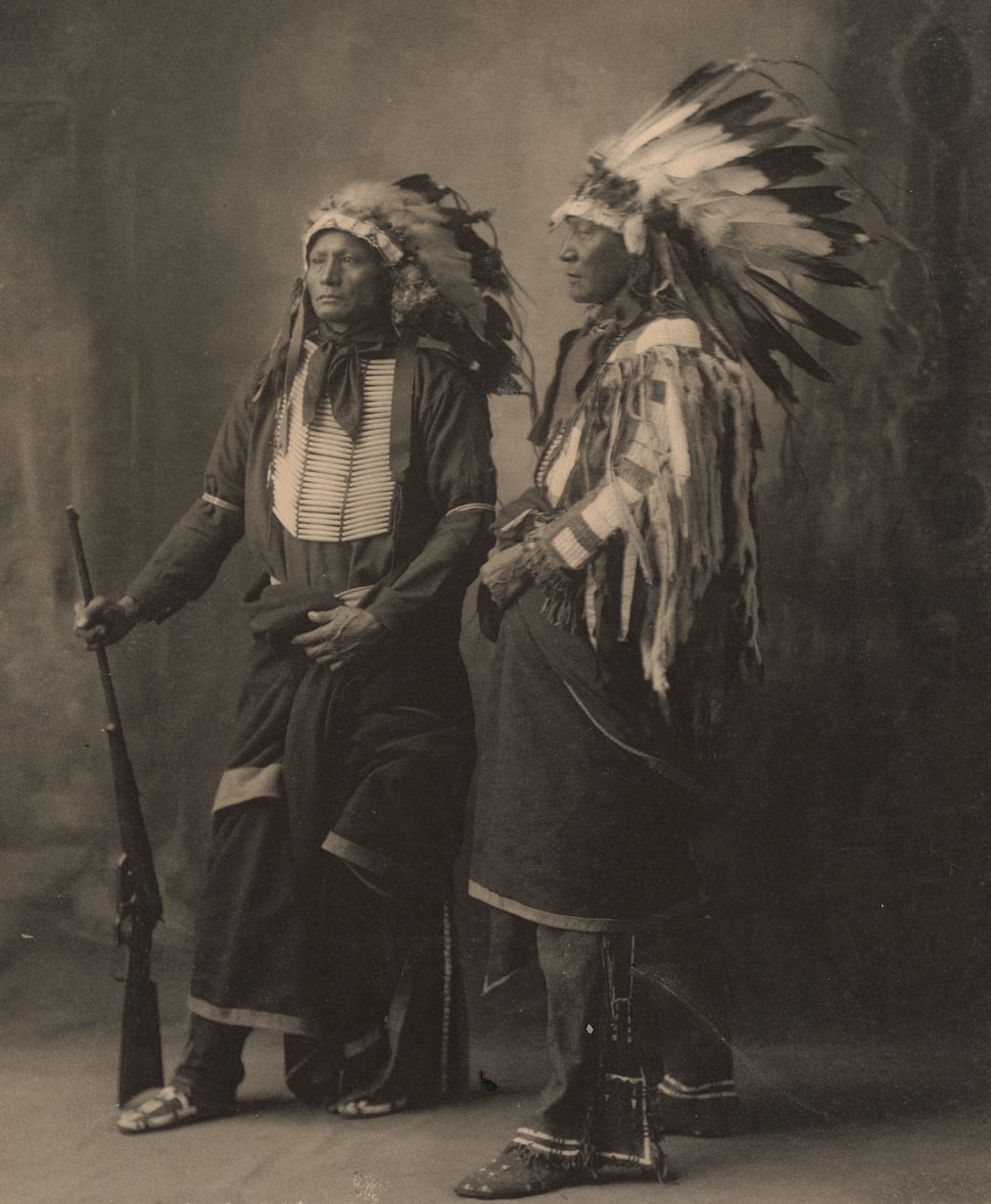 The first evidence of permanent Indian habitation in Western Pennsylvania is over 5,000 years old. These were the Indians of the Monongahela Culture. They are known to us by what they left behind and are probably descendants of some of the wandering bands of Paleo-Indians. Sites of their villages, burials, and their trash piles—pottery, flint arrowheads, and other Neolithic items—give us a picture of what these people were like. We have no idea of the language they spoke, or what caused them to move out. There is evidence that these people were forced to move, or were destroyed, by war. The Monongahela Indians lived in Western Pennsylvania from 5,000 years ago (3,000 BC) until about 1620 AD, but we know little about them because we can only study their deserted village sites and burials.

Were the Mound Builders those tribes that displaced the Monongahela culture? These were tribes that built mounds to celebrate religious ceremonies, bury their dead, and remember those dead. We know little of these tribes either, other than those things that they left behind for us to study. Sometime between 1542 and 1650, these tribes quit building mounds. The evidence seems to suggest that these Native Americans spread from the southwest, across the Mississippi River, and up the Ohio Valley until they reached this area and as far north as New York. It has been suggested that these mounds are primitive versions of the great pyramids that the Aztec-Toltec and Mayan civilizations, of ancient Mexico. Their mounds stand as reminders that there have been other great and proud civilizations upon this land, which have left their mark, and vanished. In Greenville, Pa., during the late 1800s, there was said to have been an Indian mound, but scavengers looking for souvenirs destroyed it. The nearest, best known, remaining Mounds are as close as Ohio; between 9,000 and 10,000 mounds have been found. People report small mounds in Mercer County even today, but none has been examined or proven to be of ancient origin.

The next group of Indians that claimed control of the Mercer County region is the Erie Indians, or the Cat Nation (Eriehronon). The Erie controlled this region during the early and middle 1600s. In 1656, the Iroquois Confederation wiped out the Erie Indians as a tribe. We know very little about these Indians, as they were destroyed before Europeans had advanced far enough inland to meet directly with them. It is important to note that the destruction of a tribe of Indians did not mean the death of all men, women, and children.

Trade with Europe brought on the war between the Eriehronon and the Iroquois. The Iroquois wanted a monopoly of trade with the Europeans. They would trade for European weapons and the supplies to use the guns they had gained. This meant they needed a great number of trading goods. These goods were primarily animal pelts. To gather more pelts these Iroquois started to range farther than their traditional hunting and trapping grounds, intruding on the lands of other tribes. A war soon broke out between the powerful Iroquois and the Erie tribe. This war saw European weapons used against inferior, Neolithic, and traditional weapons.

From that point on, after 1656, the area that became Mercer County was under Iroquois control and was used for a hunting preserve. It was sparsely populated for the better part of a century. Hunting and trapping parties visited and it was the main crossing ground of Indian paths. By 1722, without Iroquois approval, some Delaware (Lenni Lenape) and Shawnee started to migrate into this region. By 1747, the Lenape, with Iroquois permission, continued to migrate into this area. Their capital in the Ohio Valley region was located at Kuskuski near the present-day town of New Castle—which until 1849 was the southern border of Mercer County. Along with these Indians, a Wyandot tribe of about one hundred families moved into the surrounding regions, on or near, the Shenango River. Their move westward demonstrates the constant pressure the European Americans were now putting on the American Indians for their lands. The fact that four tribal groups—the Iroquois, the Lenni Lenape, the Shawnee, and the Wyandot—shared an area that had not been populated completely for many years shows the extent of this pressure.

Southern and Western Pennsylvania played a leading role in the French and Indian War (1754-1763). Its political position dwarfed its geographic position. Mercer County was part of the contested lands that caused a war in the Colonies that spilled onto the European continent and throughout the rest of the world. Before the summer of 1753, the Iroquois had subjugated every other tribe as Far West as the Mississippi. The Six Nations refused to commit to either side of the power struggle originating on their lands in the Ohio Valley. During the early part of the French and Indian War, they neither sided with the French or the British. They watched both parties. The Indians in the Ohio Valley; however, viewed the French intrusion into "their" land with deep concern. The Iroquois and the Colonies had displaced them on the eastern seaboard. The Iroquois denied most of these tribes independent status, regarding them as mere hunters on territory actually belonging to the Six Nations. The new resident Indians of the Ohio Valley did not share these lofty Iroquois ideas.

From October 31, 1753, until January 16, 1754, Lieutenant Governor Robert Dinwiddie, of Virginia, sent a young George Washington on a risky journey to the French forts in today's Western Pennsylvania to protest the French occupation of these still contested lands. At this time, travel into western Pennsylvania during the best weather was a slow process. A two-and-a-half-month trek during the late fall and winter was almost inconceivable. Add hostile Indians and French soldiers, many would have considered it folly. Washington volunteered. Washington had to travel; mostly ride a horse, walk, and canoe through a Pennsylvania that would seem foreign to residents today. Washington carried a letter from Dinwiddie demanding the French leave British territory. The French would reject the British claim and the stage would be set for the first truly world war.