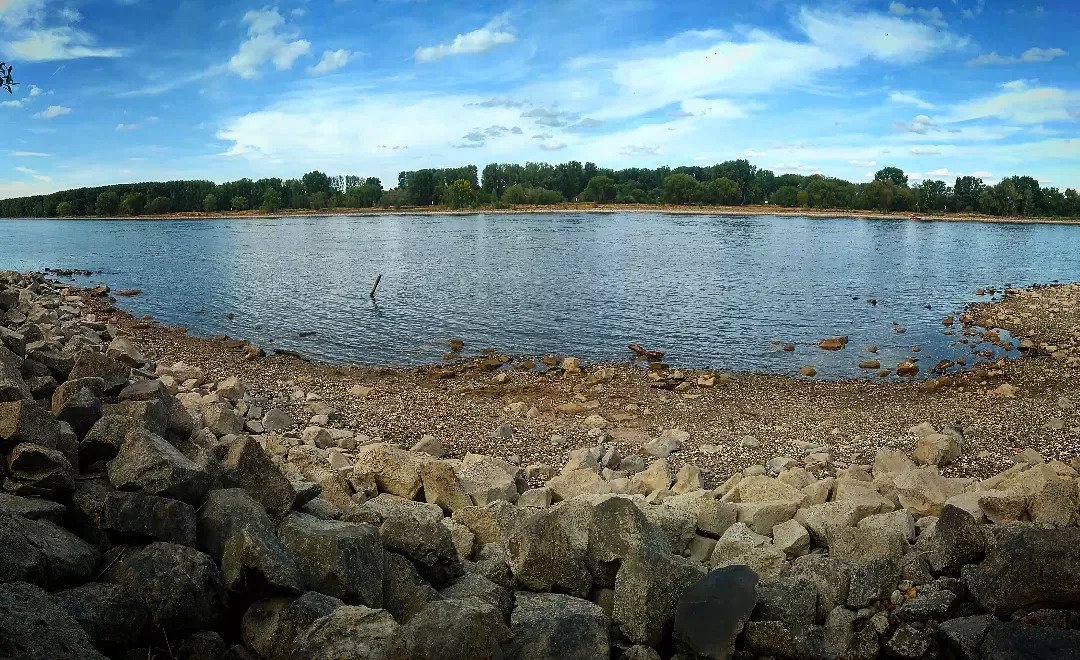 As severe drought in Europe considerably drains rivers and lakes across the continent, it reveals in the process fascinating things once submerged underwater.

From ancient ruins to carvings from yesteryears, the drying bodies of water gradually expose them.

Ships that sailed during the Second World War along with structures that were believed would never again see the light of the day became unhidden.

The current drought in Europe brings with it some interesting remnants of the past.

Various news agencies have recently reported how the drought in Europe led to the rediscovery of nearly forgotten man-made things.

Know what they are and what value they possess.

Its waters also reach the eastern Serbian village of Prahovo, where, due to the drought in Europe, sunken combat ships surfaced.

According to Reuters, those found were 20 Nazi warships from the Black Sea Fleet.

Hundreds of them sailed the waters of Danube during World War II.

The Soviet forces bombed them during a battle in 1944.

These stones show messages carved on them.

Inscriptions from one rock, according to the Smithsonian Magazine, tell of food scarcity, hunger, and poor harvest during a drought.

Apparently, people were able to inscribe them because the water level was also extremely low at that time.

With the ongoing drought in Europe, over 20 of these so-called hunger stones became visible in the Elbe River.

They are specifically found in the riverbed in Decin, a municipality in the northwestern part of the Czech Republic. 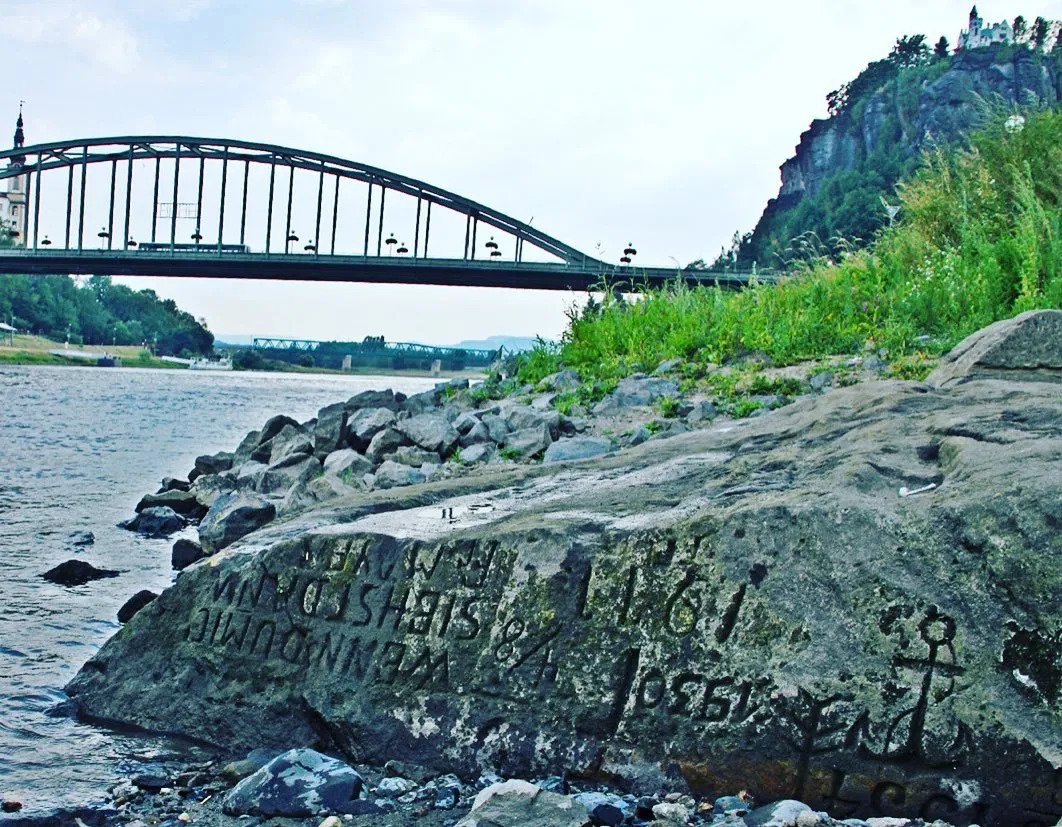 One of the hunger stones in Elbe River showing carved writings, with the Tyrs Bridge in the background

In September 1945, King George VI led the opening of the Ladybower Reservoir.

This artificial reservoir conceals two villages underneath: Ashopton and Derwent.

The drought in Europe encouraged the people and tourists there to see the ruins of Derwent’s church and the remains of its railway.

Two more lost villages reappeared because of the drought in Europe.

One was Aceredo, a Spanish village in the region of Galicia.

It came out after 30 years of being submerged in a reservoir.

The second one was the German village of Berich, which the locals dubbed as the “Atlantis of Lake Eder.”

After 100 years of being underwater, its ruins can be seen again, along with the remaining walls of a 12th-century Benedictine convent.

When Europe’s scorching weather killed the grass, lo and behold, traces of once magnificent gardens in England came into sight.

These traces became apparent in Longleat House in Wiltshire, indicating a 17th-century garden.

Another was Lydiard Park in Swindon, with 250-year-old “imprints,” according to the BBC.

The drought in Europe also brought out what looks like a mundane rock formation in Tiber, Italy’s third-longest river.

It’s found near the Vittorio Emanuele II, a bridge in Rome named after the King of Sardinia (1820-1878).

Those rocks are the ruins of an ancient bridge.

BBC reported that Emperor Nero could have possibly ordered its construction in 50 AD.

Reuters reported that the drought in Europe also affected a reservoir in Caceres, Spain.

It caused the water level of the Valdecanas reservoir to plunge “to 28 percent of capacity.”

The good news is that it revealed the Dolmen of Guadalperal, believed to have existed since 5000 BC.

It’s also called Spanish Stonehenge because of its similarity to England’s Stonehenge in Wiltshire as an intriguing rock formation. 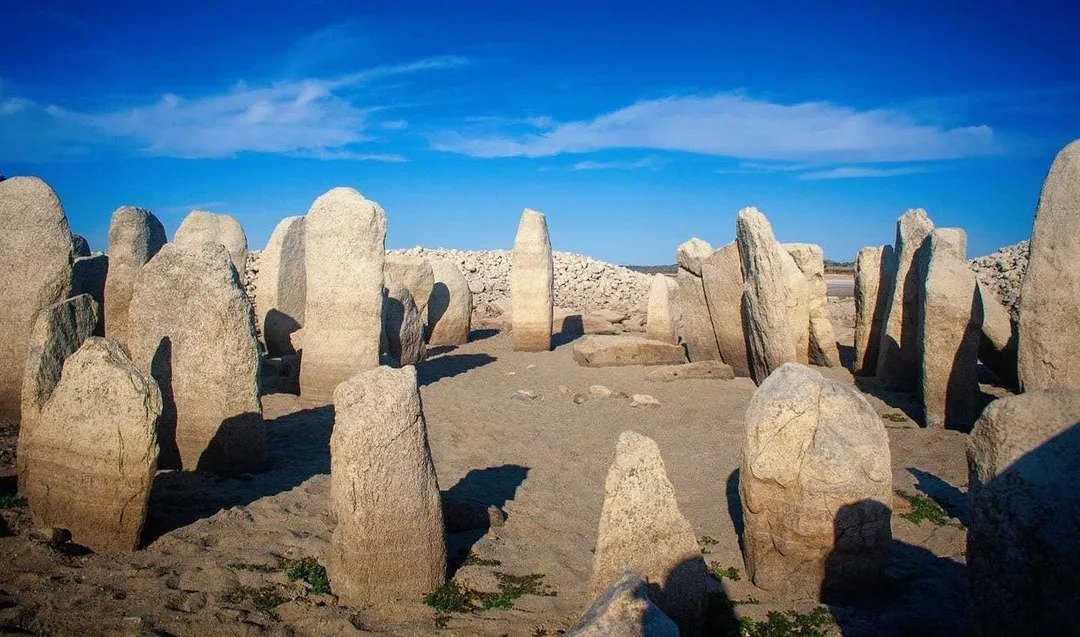 The Dolmen of Guadalperal or the Spanish Stonehenge, dry and visible in broad daylight

The things that the drought in Europe exposed don’t always amount to something noteworthy.

BBC, for example, reported about a massive bed of rock appearing as the water levels of Italy’s largest lake, Lago di Garda (Lake Garda), went down.

Nothing cultural or historical with its emergence, except for the sheer visual appeal it brings.

This drought in Europe, according to Time as well as other news sites, “could be the worst drought in 500 years.”

That’s what the experts said.

They also associated it with global warming.

Global warming is the long-term warming of the planet’s overall temperature.

Climate change is its byproduct.

Those affected rivers and lakes by the drought in Europe include the following: 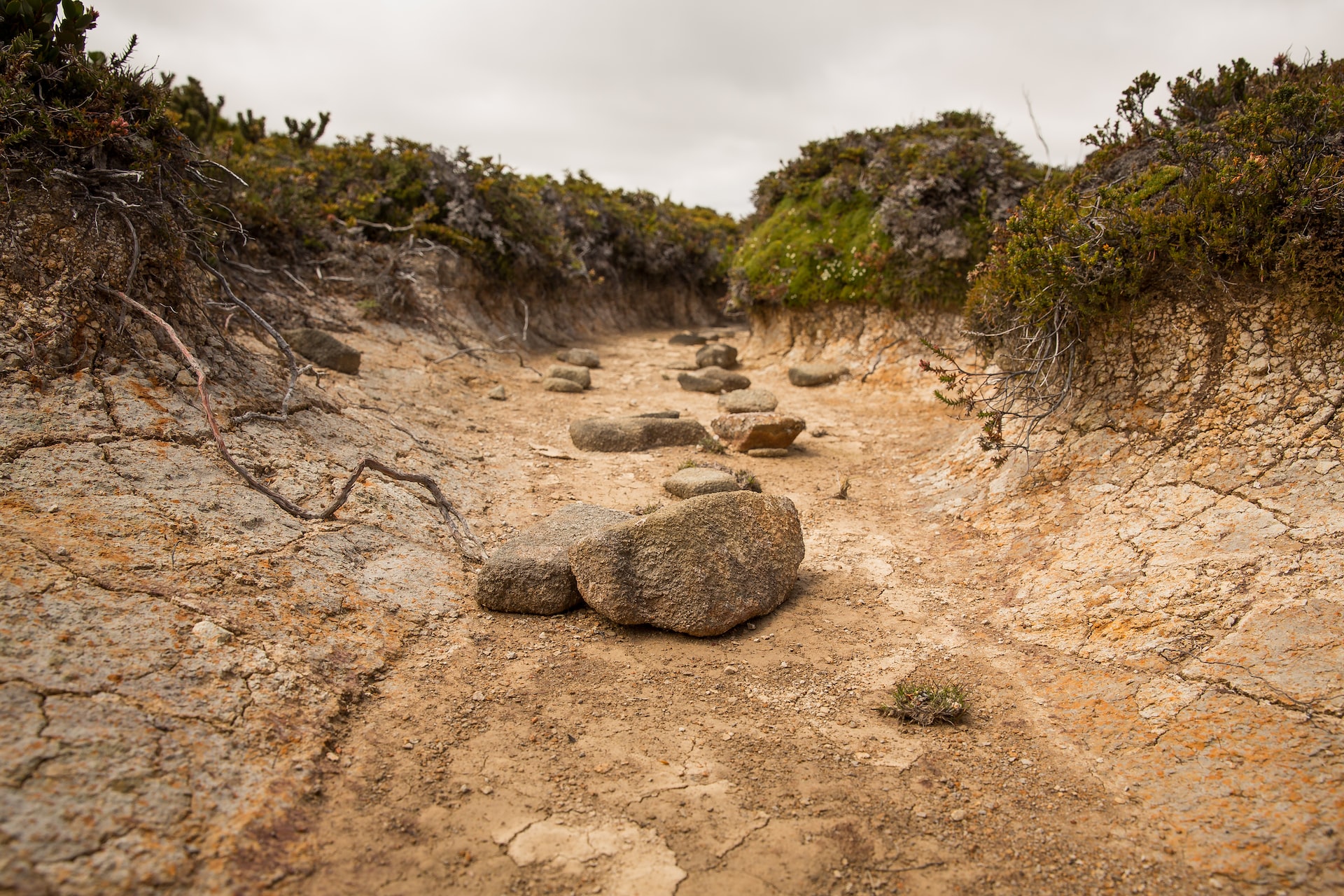 While the drought in Europe provoked worry among scientists, it likewise indirectly set off a certain level of thrill among other people.

Not that they deliberately delight in this major environmental concern, but these people would welcome this aspect of the drought.

For archaeologists, historians, antiquarians, and academics, there would still be some reasons to rejoice a bit.

Still, looking at the bigger picture, this drought in Europe should not go on any longer.