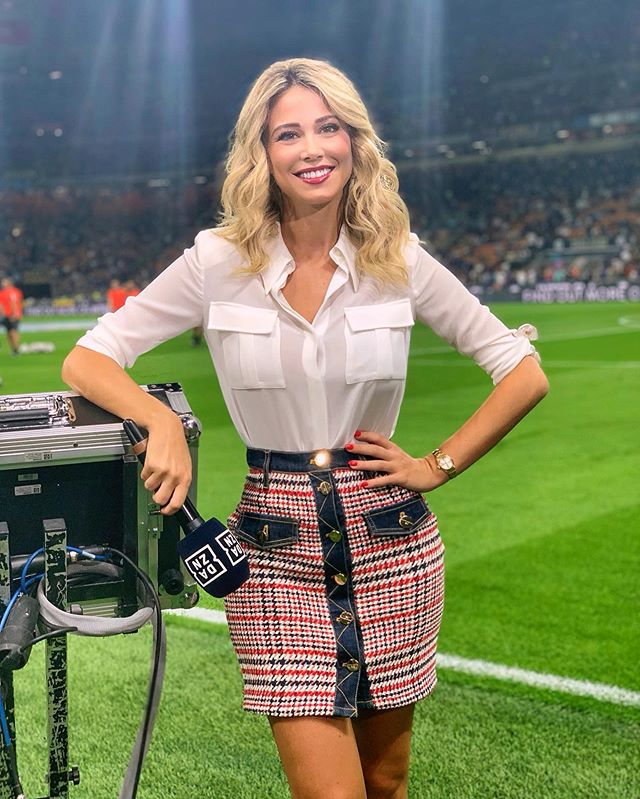 Being famous would mean lesser privacy. Media and paparazzi always monitor a star's daily undertakings. That is why there is still a controversy circulating famous personalities.

Recently, a well-known Television sports presenter, Diletta Leotta, caught the media's attention as people saw her dining with a famous Turkish actor. But before going to the rumours and gossip, let us first know who that TV presenter is. And how she had been living her life all this time.

Who Is Diletta Leotta?

Diletta Leotta is a famous Italian journalist and TV presenter. She is also an anchor, actress, and Instagram Personality. She appears in some sports programs where she acts as the host. The hot diva is also subject to many romantic controversies.

Diletta Leotta was born Guilia Diletta Leotta on August 16, 1991, in Catania, Sicily. Her parents are Rori Leotta and Ofelia Castorina. She has one brother, Mirko Leotta, whom she grew up with. Diletta finished her elementary and secondary education in a local school in their community.

Although she's been passionate about the media since her childhood days, she pursued a Law career. In 2015, she graduated from Luiss University in Rome, Italy, with a Law degree. But her life turned in a different direction as the years passed by. Instead of practising her law expertise, she did media-related jobs. 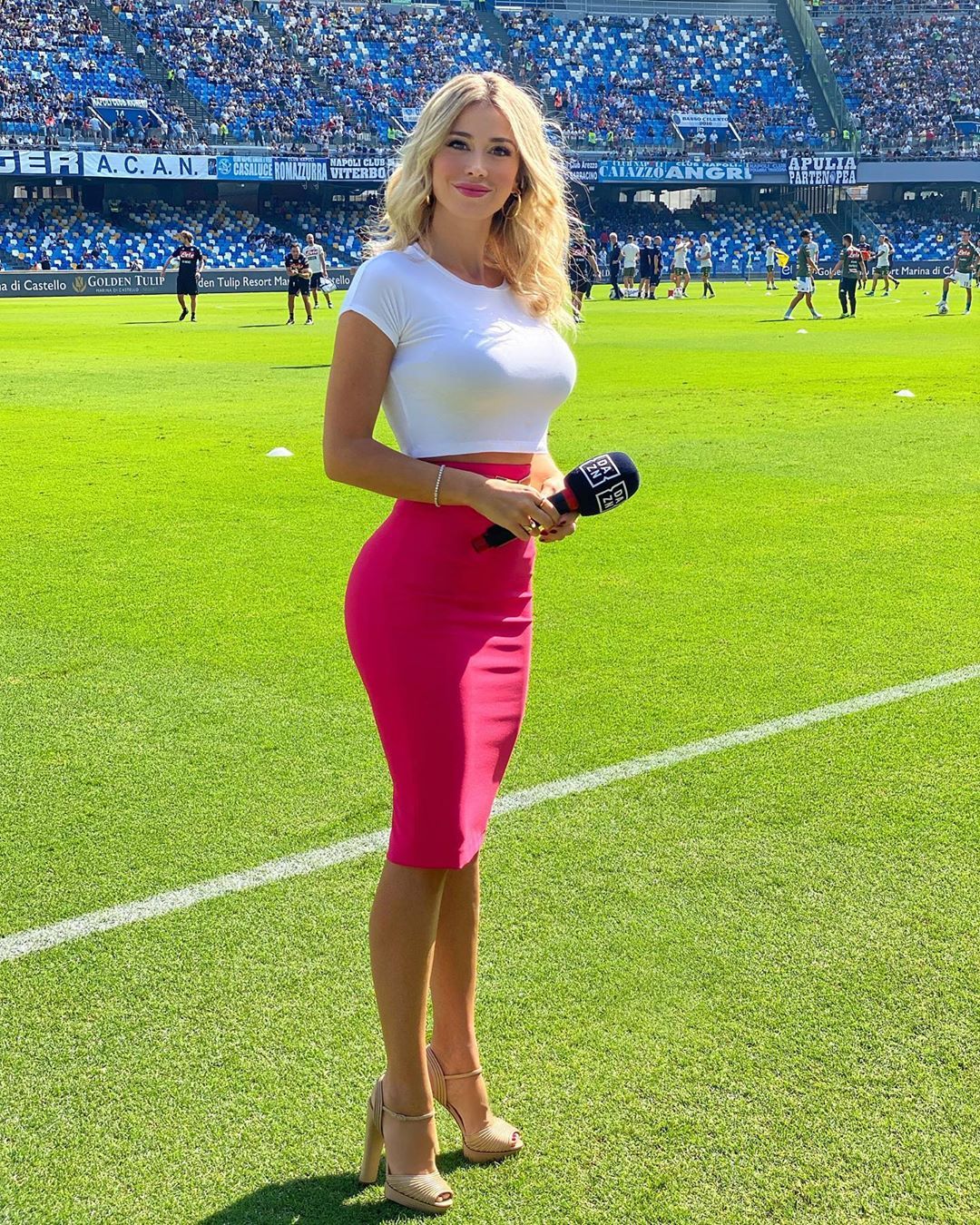 The 29-year old Italian star is quite disciplined when it comes to her body figure. She makes sure to have time for exercise, a healthy diet, and even meditation. Self-care is a must in her routine.

Diletta stands at 5 feet 9 inches (175 cm) tall and weighs around 63 kg (139 lb.). Additionally, Diletta seems to have the perfect body figure. Her body measures 33-24-35 inches. A simple walk along the corridor would make every head turn and eyes stunned at the beauty Diletta holds. Diletta is blessed with voluptuous blonde hair and enchanting hazel-coloured eyes, aside from having an entirely built body.

Many people have concluded that she only got her job as a TV presenter because of her seemingly perfect figure, especially with how she flaunts her body. There was a particular time after a game that her fans asked her to take her top off. Diletta focused on the camera, smiled, and passed her response by showing a thumb down figure.

Despite all those criticisms and harsh remarks, the Italian diva politely discredits all allegations about her body. As the public knows, Diletta is a Law graduate. That would only mean that she isn't just beautiful but also intelligent. The way she responds to her fans' vulgar requests shows how she respects her fans and herself.

There is always a stepping stone by which you begin your journey in starting a career or business. In most cases, the stepping stone is the bottom part of the chain. In like manner, Diletta did not jump into what she is now without starting as someone unknown to anyone. Buckle your seatbelt because most of her achievements are far from what she finished in college.

Diletta Leotta started her career as a weather girl in a local news company. While doing so, she joined the Miss Italy beauty pageant and won the Miss Elegant title. It happened eleven years ago.

In 2009, she made her acting debut in the film Lost Kisses. Unlike most teens, Diletta isn't one to stay at home doing nothing. As early as 14 years old, Diletta worked as an Antenna Sicilia television presenter. Besides that, she also hosted various sports programs such as Salsatampa and the Sunday Sport Siciliana. Diletta is seen holding a microphone while standing in a field in most photos taken.

In 2015, she was voted as the TV Face of the Year by La Gazette Hello Sport. Recently, Diletta hosted the 2018 Miss Italy beauty pageant. From the 2018-2019 season until now, Diletta presented the Serie A broadcast for ZAN and Serie B games on Sky Sport. She also worked as a host of the 105 Take Away program.

In 2020, Diletta Leotta was the co-presenter during the 70th annual edition of the Sanremo Music Festival. Furthermore, the Italian beauty garnered many followers on Instagram at around 7 million. Her Instagram profile keeps attracting people as she takes no heed on Instagram's no-nude policy.

Additionally, Diletta is also a model and promoter of various brands such as Youth Milan, Pinelli, Helbiz, ETRO, Franchi, Elisabetta, Casadei, and many more. Her stunning beauty and charisma get the attention of both males and females. That alone makes her a perfect model and ambassadress of international products and brands.

A gorgeous and famous media personality like Diletta Leotta would not be someone without any controversy. There had been numerous love affairs she had been involved with.

In previous years, it had been noted that Diletta was in a relationship with Matteo Mammi. But they broke up. After that, Diletta was again romantically linked with Daniel Scardina, an Italian boxer from Lombardi. But like with Matteo, Daniel and Diletta also ended their relationship. Diletta said that she doesn't deny anything about her relationship with Daniel. She further stated that Daniel was a great love of her life, but then just like other relationships, it has to end. In an interview, Diletta cleared that being with a busy man is unacceptable for her principles and that she should be wise on which situation she should put herself into.

While she was in a relationship with Daniel, another rumour struck the media. She was assumed to have a relationship with a married man, Zlatan Ibrahimovic. But the Italian beauty has kept her side quiet about it because that was just it – a rumour.

The recent controversy the young actress has been involved in was a romantic affair with Can Yaman, a famous Turkish actor. The two have been reportedly seen dining together a couple of times for five days. They also stayed in the same hotel in Rome. There were instances that the media caught the two kissing and cuddling while dining. 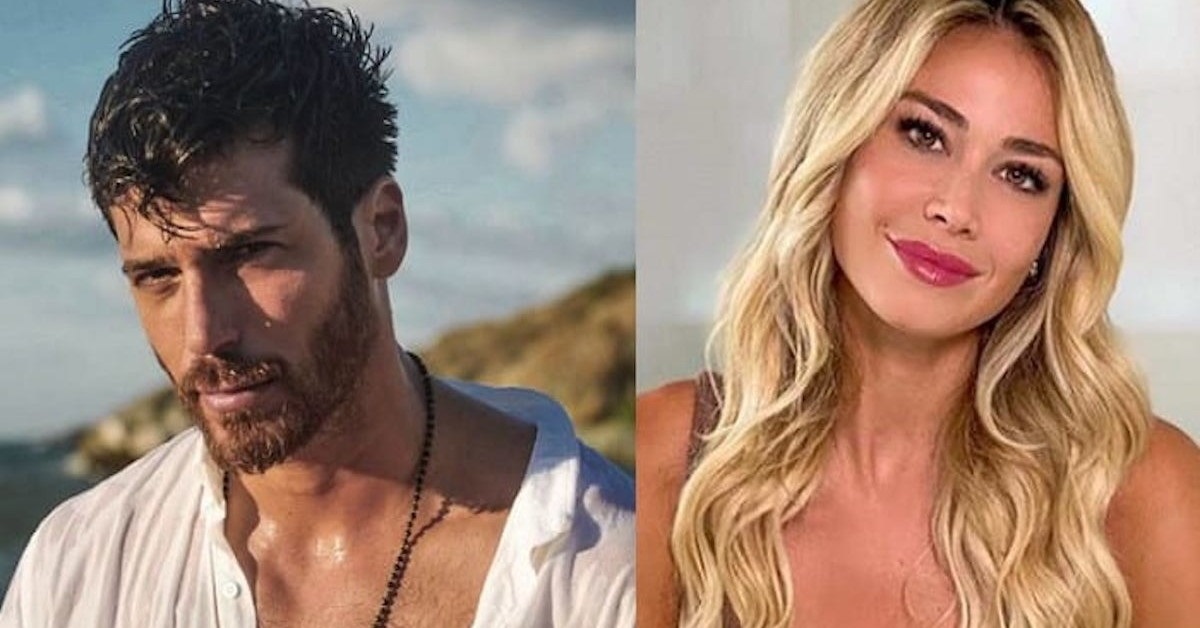 Can Yaman and Diletta Leotta

Diletta Leotta did not deny any of the assumptions. Instead, she confided that they are very much in love and that Can Yaman will soon be in Milan. She said those when Can Yaman went back to Turkey. However, people are adamant about whether their relationship would last long.

As a model, journalist, and actress, Diletta Leotta earned a hefty amount of money. The Italian star has an estimated net worth of around $1 million as of 2020. Young as she is, it is evident that she is living a deluxe and comfortable lifestyle.

Diletta Leotta is not your typical girl. She is an outdoor person. She loves going out, especially doing workouts. She also loves travelling. As seen in her social media accounts, the young goddess has travelled from place to place to gather experiences while young and free. There were also moments where people saw her wandering around the city in disguise, covered with a hat and glasses.

But what makes her shine apart from other girls is her kind personality. No matter what the world throws at her, she returns it with a humble heart and a smiling face. Diletta takes good care of herself, so anything that gives her bad vibes is immediately discarded. Whatever controversy or issue she is being linked to, she stays calm and takes advantage of the situation to take the spotlight without harming her image and reputation.