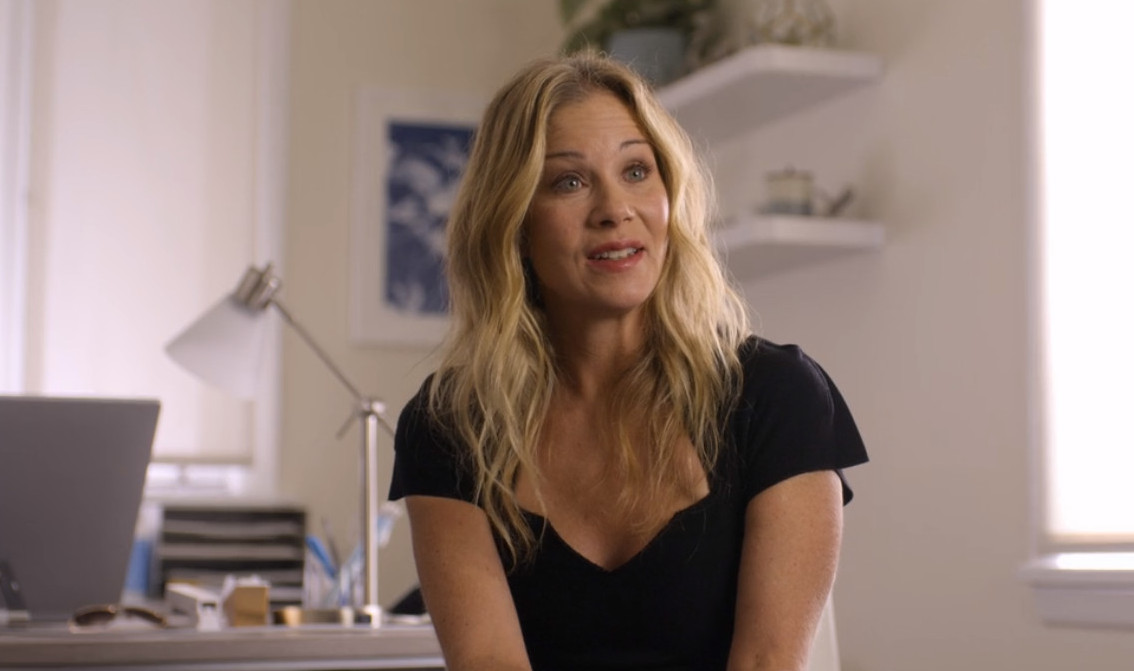 To accommodate Christina Applegate's diagnosis, Dead To Me season 3 scenes were changed by the producers.

Due to Christina Applegate's recent diagnosis with multiple sclerosis (MS), the production team behind the hit Netflix series Dead To Me had to make some adjustments to the most recent third season.

The actress Christina Applegate, who plays the jaded widow Jen Harding on the show, was diagnosed with multiple sclerosis (MS) in 2021, when production of the show's third and final season was already halfway complete.

This condition, which lasts a person's entire life and affects both the brain and the spinal cord, can result in a wide variety of symptoms, such as problems with vision, difficulty walking, muscle spasms, and numbness.

There is no doubt that this condition puts a significant amount of stress on the show's leading lady.

Following the news of her diagnosis, production was put on hold for a period of five months, and the producers of the show gave Applegate the option of not returning to filming.

However, the star of "Anchorman" chose to push through and see the show through to its conclusion.

In an interview with the New York Times, Applegate described her return to set as "the hardest thing that I've ever done," and she explained how she used a wheelchair to get around between scenes.

Applegate's comments were made in reference to the fact that she had to rely on the wheelchair.

Fans have noticed that the storyline might actually have worked in Applegate's favor since the third season has been released on Netflix.

The episode opens with her character Jen and partner in crime Judy (Linda Cardellini) recovering from a car accident that left season two on a cliffhanger. Fans have noticed that the storyline might actually have worked in Applegate's favor.

Due to the nature of the story, we frequently saw Applegate's character struggling with the effects of her wounds, clinging to Judy for comfort, or being carried about by Ben (James Marsden).

Later on in the show, Jen can be seen regularly delivering lines from a chair or while leaning up against a counter for support. This was a move that was done for the actor's comfort, according to the creator of the show, Liz Feldman.

We didn’t change anything in the story, really anything in the script, maybe there are scenes where she sits more or leans on a door or something like that but really pretty minimal. To me, Christina is who she’s always been from day one, which is a strong, hilarious, brilliantly talented, tenacious, incredibly supportive and protective den mother. Nothing changed in terms of her role on the show. That’s who she is, she’s the best no. 1 you could ever ask for and I can only hope to work with someone that amazing again.

She added that Applegate wanted to give the show closure 'and so we did it on her terms and I’m extremely proud of how it turned out.'

Cardellini, who also stars alongside Applegate, said the following:

If she wanted to come back, if she didn’t want to come back, I just wanted her to make a decision that suited herself, not anybody else.

Christina Applegate After Her Diagnosis

The recent diagnosis of multiple sclerosis (MS) by Christina Applegate did not deter her from completing the script for the critically acclaimed show Dead to Me, which is produced by Netflix.

According to what she said in an interview with The New York Times, the Hollywood star felt that she 'had an obligation' to finish playing the role of Jen Harding alongside the character Judy Hale, which was played by Linda Cardellini.

Applegate stated in an interview with The New York Times that she was told by some individuals that she would get better if they simply "got her some medicine."

However, this is not how multiple sclerosis (MS), a degenerative disease that cannot be cured, works.

In August, the artist updated her fans and followers on Twitter with the news that she had been diagnosed with MS and stated that she plans to 'keep going' despite the news.

The Hollywood star, who is 49 years old, mentioned in the post that although it had been a "tough road," she is keeping a positive attitude.

Netflix currently offers streaming access to seasons one through three of the television show Dead to Me.