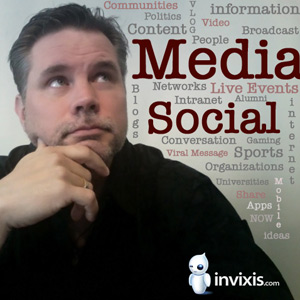 Would you continue to be supportive of her, and be the best husband and partner she would need to come home to after she’s done being onscreen?

Or, would you simply see her as someone who enjoys her work, is professional at it, and, of course, feels her life is more satisfying that way?

If you have wondered about this, then I introduce you to Chris Potoski, the husband of Tracy Lynn Livermore. Livermore, (born March 30, 1973, and professionally known as Brandi Love), is one of the biggest names in the adult industry and granddaughter of Jesse Lauriston Livermore (The Wolf of Wall Street), who once one of the richest men in the world.

But Who Exactly Is Chris Potoski?

For all we know, Chris Potoski is an accomplished American businessman who has been married to Brandi Love since 10 February 1995, although this date remains uncertain since only a few numbers of close friends were invited to the wedding.

We know little about Chris Potoski’s childhood, family, and ancestry except that he was born in America in 1972. He graduated with a double major in Kinesiology and Physiology from Central Michigan University and has gone on to have an extensive career in the corporate world. His career and business primarily revolve around property and technology.

Potoski’s career took off in New York in 1995 where, for the next four and a half years, he was into Curative Health Services as a Business Development Director.

In December 1999, he quit his job and moved to Florida where he worked in the National Healing Corporation as Vice President of Business Development. There, he guided the company into focusing on providing premium management solutions, treatments, and therapies to hospitals and outpatient services. He sustained work there for another five and a half years until he resigned in July 2005 with the dream of starting his own company. No Rivals Media (NRV) was the brainchild of that dream. He ran the company with his wife for four years, from 2004 to 2008.

From 2009 to 2014, Chris Potoski founded Invictus and served as its CEO before moving on to Regent Medical Solutions as Vice President.

Chris Potoski is currently the Founder and COO of TJC Asset Management, a digital media asset company that manages social media, web content, and domains of top clients and corporations.

Since 2014, he has served as the Founder and CEO of Tracy Jordan Properties LLC, a developer of vacation properties. Although its focus was initially on luxury creation in Michigan, Tracy Jordan Properties LLC later expanded into the rich wine regions of France and Italy. This daring expansion greatly boosted Chris Potoski’s wealth and proved to people that he has been doing a great job in the career he chose for himself.

Due to his ability to create and run different companies successfully, Chris Potoski was awarded the President’s Award. This also cemented his name in the business world. 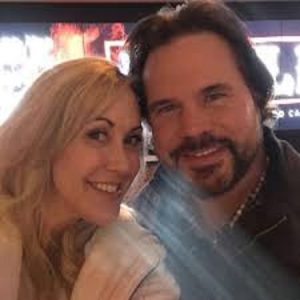 Is Chris Potoski ashamed of Brandi Love’s career choice? None that we could tell. From all indications, he is proud of Brandi’s achievements in the adult film industry. To show his support a few years back, he established an adult film website and went on to also feature with her in adult movies. On 10 February 2018, they celebrated their twenty-three years of being together as a couple. That’s a pretty hallmark of a marriage going well.

Potoski and Brandi have a daughter, whose very existence has ushered the couple into a legal fight for her custody. It happened this way: Brandi’s parents launched a daring attempt, with the help of the Child Protection Services, to take the couple’s daughter away from them. Their excuse, entirely based on morals, was to protect her from the effects of her parents’ line of work. Chris Potoski and Brandi Love fought against this and finally won the custody of their daughter. The couple continues to live with their daughter to this day.

Chris Potoski and his wife live a very luxurious lifestyle. Although he has not revealed anything about earnings, if we go by all the tract records he has set in all the ventures he has been engaged in through the years, then we could, by all means, agree that he was a hugely financially successful person. As of 2018, Chris Potoski’s wealth was estimated to be over $1 million. But his various businesses have continued to treat him quite good. In 2019 alone, his total wealth is said to be around $8 to $10 million.

His wife, on the other hand, through her joint-ownership of TJC, is said to have an estimated net worth of $8 million.

Chris Potoski and his wife have continued to stay off major controversies. Despite the nature of their jobs, they live a very private life and this has helped them avoid rumors floating their personal and professional lives.

We can only remember an instance where Potoski once courted controversy when he had a brief spell in America’s adult film industry to work with his wife.

There are few pictures of Potoski and his wife on his Facebook account. This was as far back as 2014. There is also little activity on his LinkedIn account. This shows that he has been keeping little or no social media presence over the years.

Chris Potoski is said to enjoy outdoor activities a lot. These include skiing, golfing, fishing, hiking, playing softball, and more.