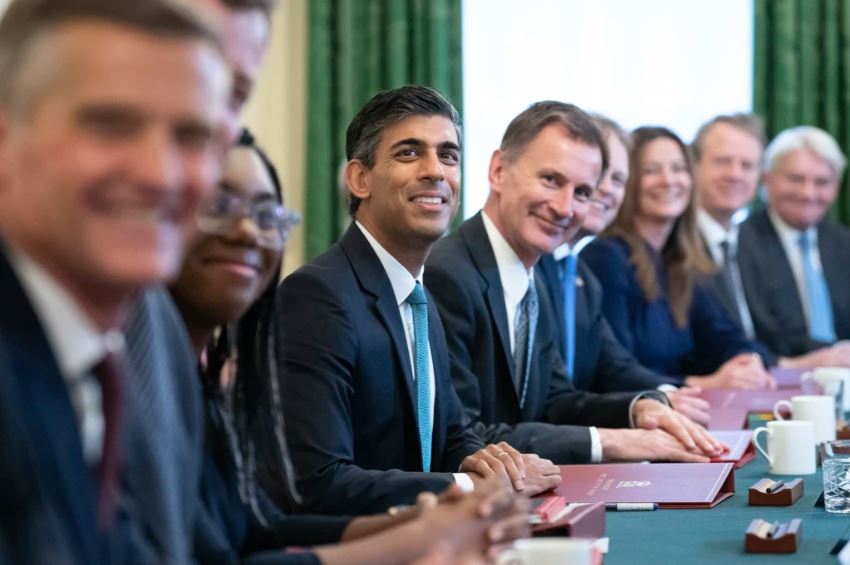 British prime minister Rishi Sunak faces parliament for the first time where he faced the opposition in Parliament on Wednesday, where he intends to show that his new government would provide economic stability and continuity after his predecessor's tax plans caused market turmoil.

Sunak, who took office on Tuesday, put together a government with both allies and experienced ministers from the administrations of his two immediate predecessors, Boris Johnson and Liz Truss, as he tries to solve Britain's many economic problems.

One of the first things his government did was put off a key economic report until November 17. This was done so that the government could look at the most accurate predictions possible as it tried to solve the cost-of-living crisis.

He also quietly put back in place a ban on fracking, which was part of the Conservative Party's plan for the 2019 election. Truss had gotten rid of the rule.

Sunak told the House of Commons,

We will have to take difficult decisions to restore economic stability and confidence. We will do this in a fair way. I will always protect the most vulnerable. We did that in COVID and we will do that again.

Politicians from the opposition focused on the ministers from the cabinets of Johnson, who quit in July after a series of ethics scandals, and Truss, whose government only lasted seven weeks.

Last month, Truss announced a package of tax cuts that didn't have enough money to pay for them. The idea of debt growing out of control scared financial markets, sent the pound to record lows and forced the Bank of England to step in. This hurt Britain's already weak economy and destroyed Truss' authority within the Conservative Party.

Sunak is seen as a safe choice by Conservatives, who hope he can stop the economy from going into recession and stop the party's falling popularity.

Sunak put together his Cabinet with people from different parts of the Conservative Party. He got rid of about a dozen members of Truss's government, but he kept James Cleverly as Foreign Secretary and Ben Wallace as Defense Secretary. 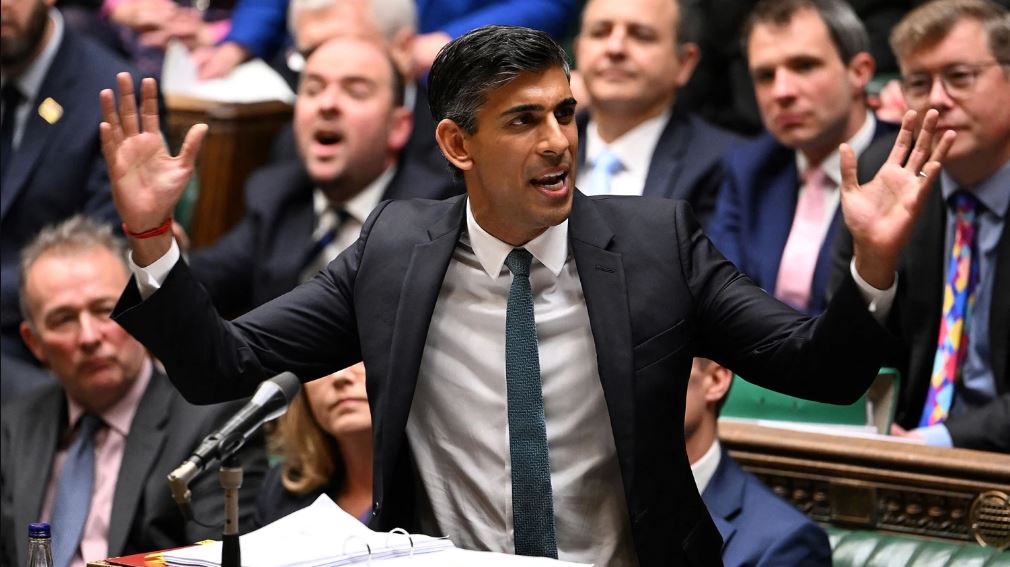 Rishi Sunak with his both hands up while addressing Parliament

He was criticized for rehiring Suella Braverman as Home Secretary, even though she had just quit last week because she broke ethics rules by sending a sensitive government email from her personal account. She said bad things about Truss in her resignation letter, which made him leave his job as prime minister sooner.

Braverman is a leader of the right wing of the Conservatives, which makes liberals angry. He is in charge of carrying out a controversial plan to send some asylum seekers who come to Britain on a one-way trip to Rwanda.

Keir Starmer, the leader of the Labour Party, said that Sunak had made a "grubby deal" with Braverman in exchange for her vote in the leadership race. Sunak denied this.

Opponents were surprised that Braverman could go back to work less than a week after she quit and before an investigation into her ethics violation was done.

People make mistakes in their work. No one goes to work with the intention of making a mistake.

Sunak also kept Jeremy Hunt as head of the Treasury. Truss put him in charge two weeks ago to calm the markets. If he hadn't been there, the earth might have shaken again.

Hunt was going to make a statement on October 31, but now he has a few more weeks to explain how the government plans to find billions of pounds (dollars) to fill a financial hole caused by rising inflation and a slowing economy, which was made worse by Truss's plans to make things worse.