Now she’s a superstar; that Avril Lavigne. Can I make it any more obvious? It is the best company about this Friendship bracelet.

If you happen to be her fan, you will immediately have a clue of what you have just read there. Or did you sing it?

Remove “that Avril Lavigne” and what remains are two lines from her 2002 hit song Sk8er Boi (pronounced “skater boy”).

Well, Avril Lavigne is every bit of those: she’s a bit pop, a bit punk, a bit rock.

But overall, she’s one huge success.

Presenting Avril Lavigne - Before She Hits 40

Avril Ramona L. Lavigne was born on September 27, 1984 in the city of Belleville in Ontario, Canada.

Her middle-class family relocated in the town of Napanee (still in Ontario) when she was five.

Her older brother is Matthew (two years older than her). Their younger sister is Michelle (three years younger than her).

According to Digital Spy, her siblings would jest at her singing. She recalled:

My brother and sister used to make fun of me and say when I sang, my nostrils would flare.

Avril Lavigne also shared an anecdote about how her mother discovered her singing talent. When she was 2 years old, she sang Jesus Loves Me on their way home from church.

In 1999, at 14, she won a contest. The prize? A duet with Canadian country singer Shania Twain.

Avril Lavigne in braids with brother Matthew, touching the shaved head of Cliff Fabri and a cigar on her mouth

In December 1999, Canadian talent manager Cliff Fabri discovered her. She was singing that time at Chapters, an Ontario bookstore.

On why he decided to manage Avril Lavigne, Fabri said, as quoted by the site Sk8ter Faker:

The thing that attracted me to her . . . wasn’t the voice, wasn’t the looks, wasn’t the songs. It was the attitude, the confidence.

Medd, who wrote two songs for Lavigne for his album, which she later used as her demo CDs (compact discs), said:

It was her love of singing that gave her the confidence. 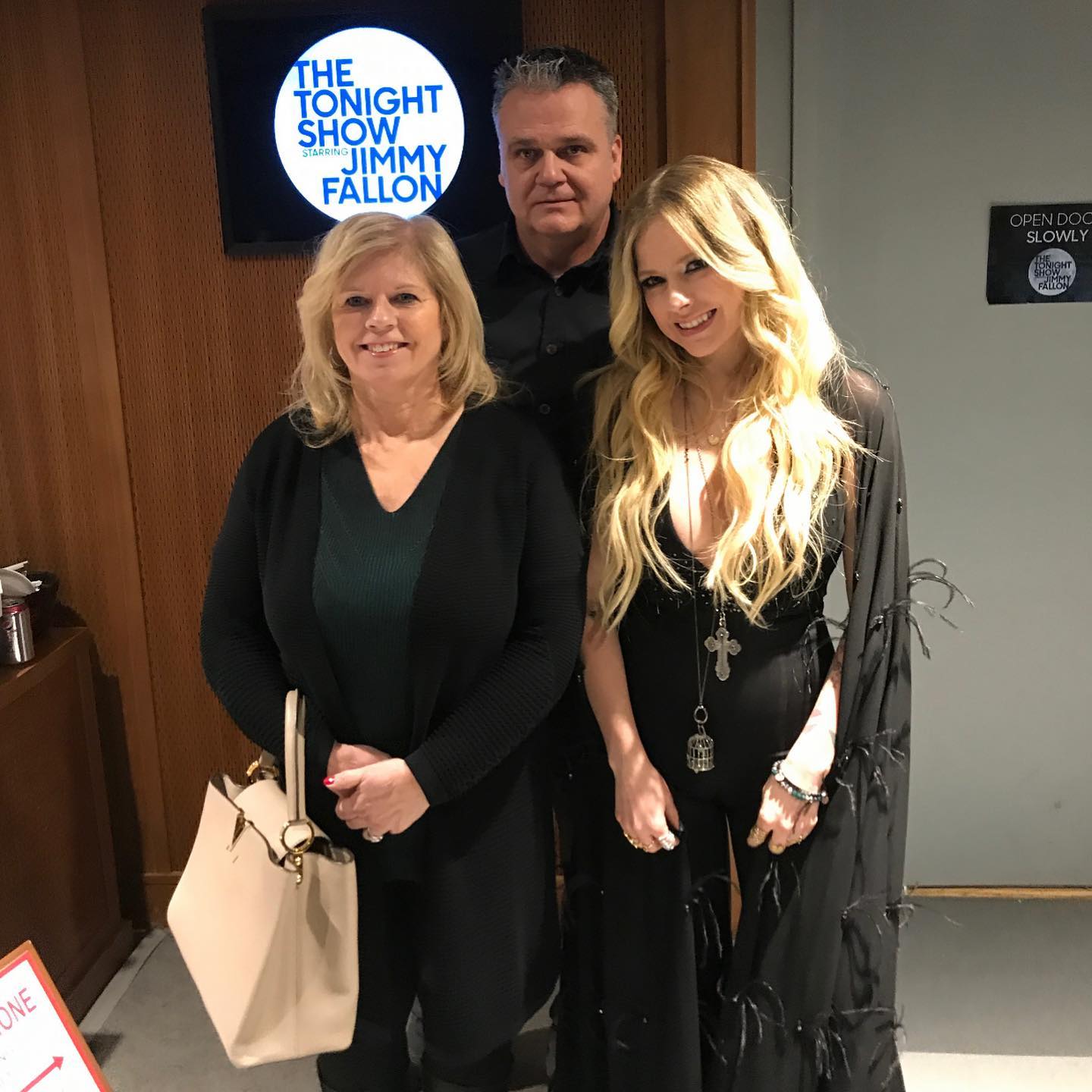 Under the wings of Fabri, Avril Lavigne met these top music executives:

In 2000, Jowett made her work with songwriter and music producer Peter Zizzo in New York. In November of the same year, Reid watched her sing at Zizzo’s studio..

Complicated was the first song to be written for her first album.

That song - and that album, Let Go (2002) - paved the way for Lavigne’s journey to fame and fortune.

On June 6, 2022, via Instagram, L.A. Reid congratulated Avril Lavigne on the 20th anniversary of Let Go.

At 17 years old, Avril was so talented, so brave, and so clear.

On June 4, 2002, Arista Records released Let Go, with 13 tracks, including the hit singles Complicated, Sk8er Boi, and I’m With You. 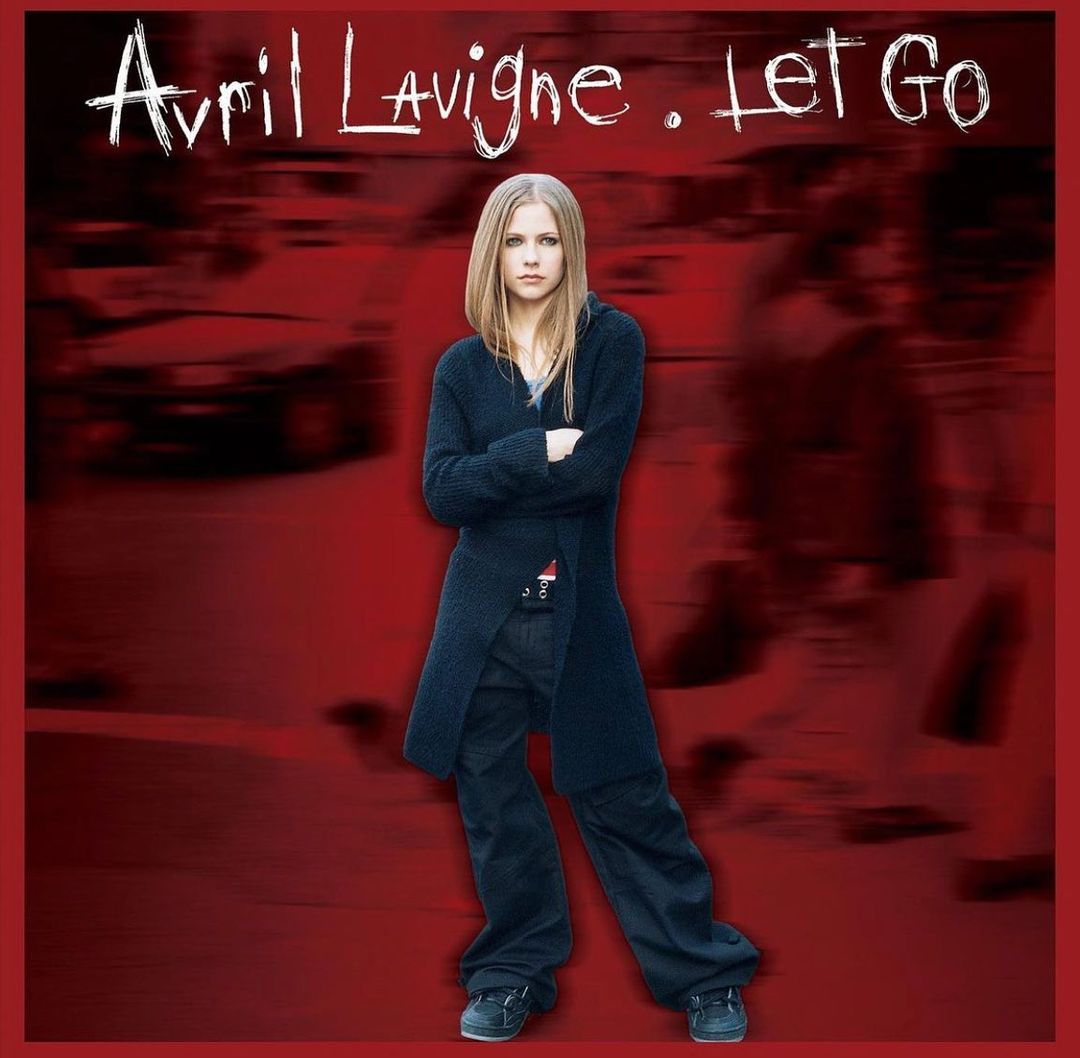 As of September 2022, the worldwide sales of her albums already exceeded 40 million units. In the U.S., 12.5 million units were sold.

The table below shows all the albums of Avril Lavigne so far:

For this album, she collaborated with Blink-182 singer and bassist Mark Hoppus on All I Wanted and with rapper Machine Gun Kelly on Bois Lie.

In her review of the album, Guardian columnist Hannah Jane Parkinson wrote:

Love Sux finds Avril Lavigne returning to the early 00s pop-punk roots that made her name and produced MTV-saturating hits such as Sk8er Boi. It’s a nostalgic vibe.

Avril Lavigne is not married - yet (again).

Their professional relationship took another level while they worked on the album Love Sux (2022).

They disclosed their relationship in public in February 2021. Then they celebrated their first-year anniversary in November. 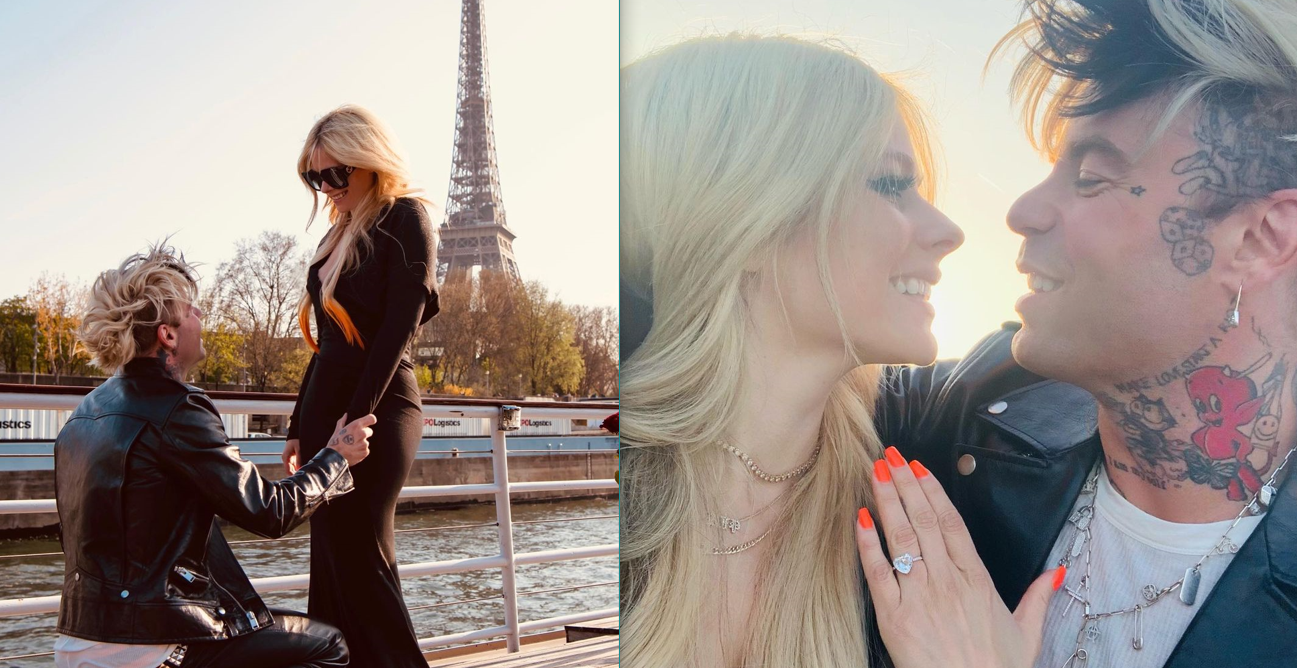 They have remained good friends after their split.

In 2014, Whibley and her mother watched a Los Angeles show of Lavigne. That time, she already remarried.

In February 2022, the ex-couple and Mod Sun had dinner in Nobu in Malibu.

In 2013, on her second wedding, Avril Lavigne married again a frontman of another Canadian rock band.

She and Nickelback’s Chad Kroeger divorced in 2015.

What’s life, let alone one lived mostly as an entertainment figure, if there are no bumps and dents along the way?

Avril Lavigne, the celebrity that is, encountered some in her 20 or so years in the music industry.

Here’s one: Hello! Magazine reported in 2015 about an alleged “no-touch” rule she imposed in all her meet-and-greet events.

I do touch my fans. I love having the opportunity to meet my fans.

However, she explained that “security breaches” happened before.

Some fans would do certain unreasonable actions. So, Avril Lavigne and her staff have become more cautious since then.

In a 2015 interview with ABC News, Avril Lavigne talked about her Lyme disease, which she acquired during her 2014 tour.

Crying, she told the interviewer, fellow Canadian Jesse Palmer, that in October 2014:

I literally became bedridden . . . the worst time of my life.

Lyme disease is caused by the bite of an infected black-legged tick.

Avril Lavigne took a hiatus for five years, and much of it was spent on recuperating. 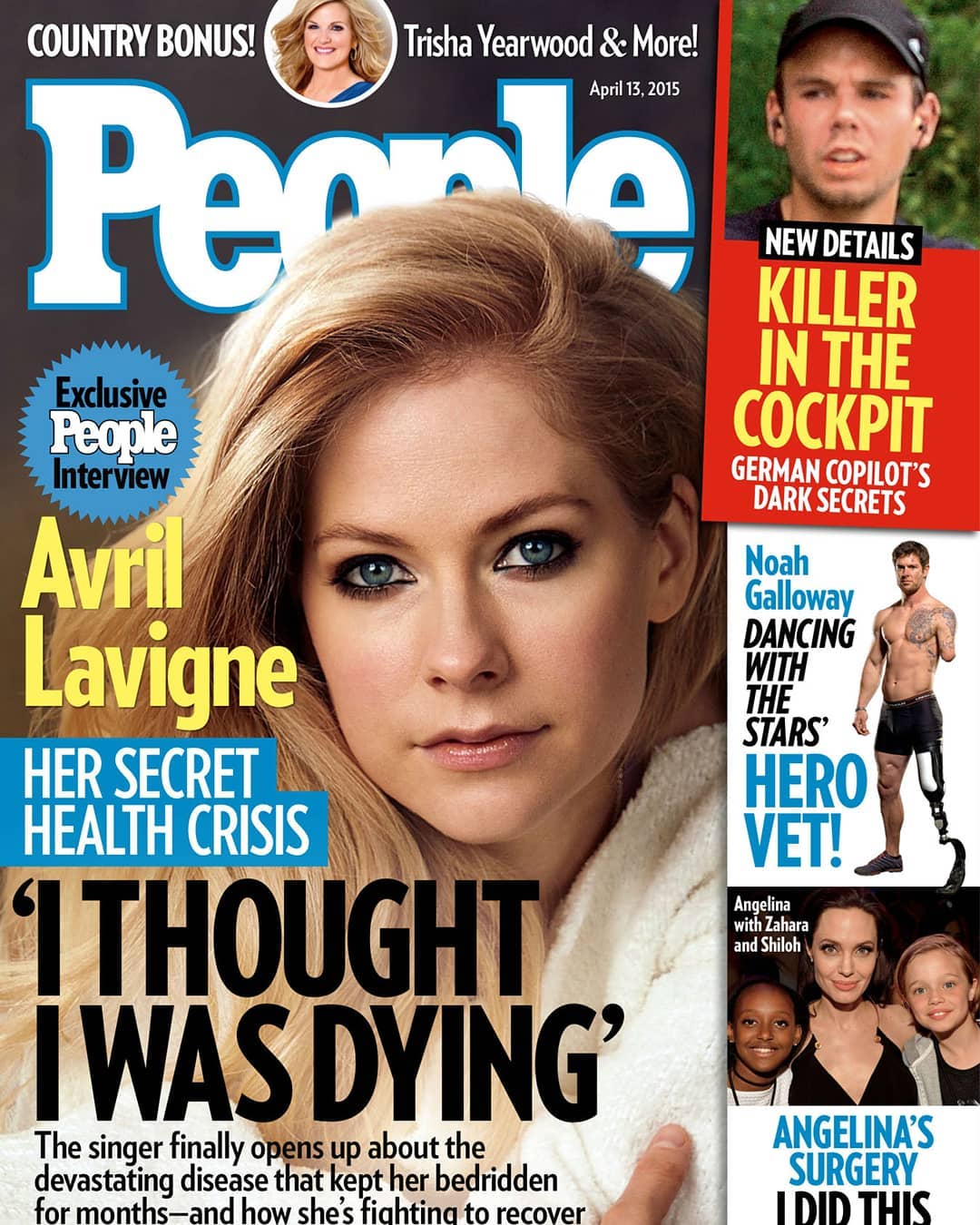 April 2015 People magazine issue, with Avril Lavigne on the cover and her secret health crisis

Kreviazuk claimed that Lavigne stole a song she wrote. Eventually, the former publicly apologized for her allegations.

Lavigne countered that she and her then-lead guitarist Evan Taubenfeld wrote the song in question, reported CBC.

Prior to this, Avril Lavigne was already accused twice for stealing someone else’s song.

That same year, Tommy Dunbar of The Rubinoos, a group that started in the ‘70s, filed a lawsuit against her.

Per Billboard, Dunbar found Lavigne’s Girlfriend (2007) sounding like their song I Wanna Be Your Boyfriend (1973).

The parties involved agreed in an out-of-court settlement.

At one time, blogger and podcaster Perez Hilton compared her I Don’t Have to Try (2007) to I’m The Kinda (2003) by Peaches. He noted how the former’s opening part sounded like the latter.

This September, Avril Lavigne will be turning 38.

An early gift came unwrapped and in the form of a star-shaped thing, with her name engraved on it.

It’s not a unique gift, though. Similar stars can be found near hers. But, hey, not every star like her gets to have that star.

She tweeted on September 1:

Look Mom. I got a star on the Hollywood Walk of Fame.

On August 31, the Hollywood Chamber of Commerce honored Avril Lavigne with a star on the Hollywood Walk of Fame in the “Recording” category.

Avril Lavigne showed up in her “favorite hoodie in high school,” as she replied to an inquiry by Entertainment Tonight regarding her choice of outfit.

The hoodie comes with “Skateboarding is not a crime” imprinted on it.

It was the same one she wore when she was 16 and posing for a picture at the famous Hollywood Boulevard spot.

That’s not the only memento present in the ceremony. She also brought with her a framed photo of that incident.

At the podium, standing next to her, he told Avril Lavigne about the joy of meeting and working with her “as a fan and as a friend.”

The 32-year-old performer also praised her:

You’re so important. The [Hollywood Walk of Fame] star is a microcosm of everything that you are doing and have done for us. Your songs will live far past any of our lifetime.

Billboard’s 2022 “Top Rock Artist” recipient collaborated with her in Bois Lie from her Love Sux album. 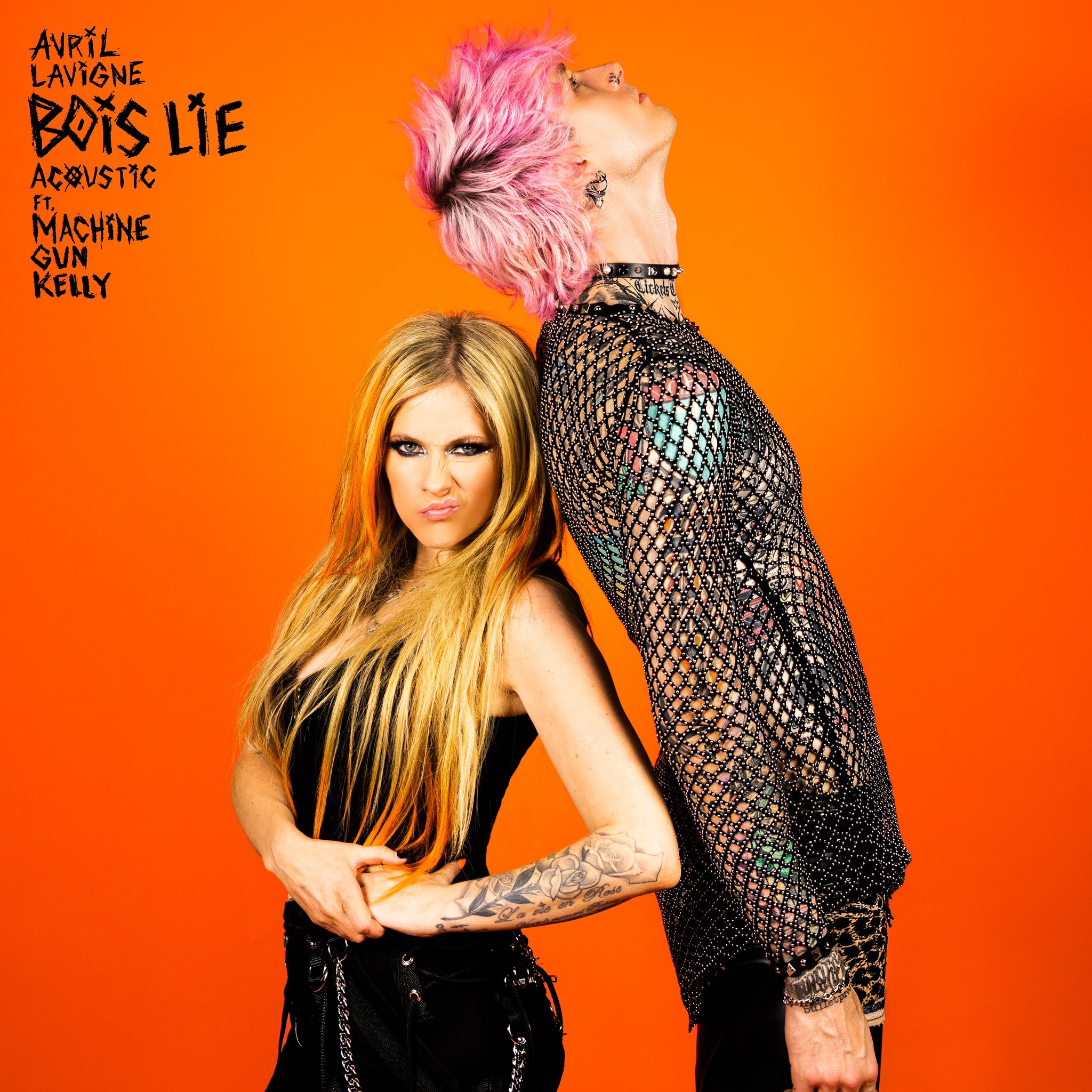 This 2022, Celebrity Net Worth estimated Avril Lavigne’s net worth at $60 million.

In November 2000, she signed a record deal with Arista Records to the tune of $1.25 million.

Avril Lavigne became a millionaire at 16. 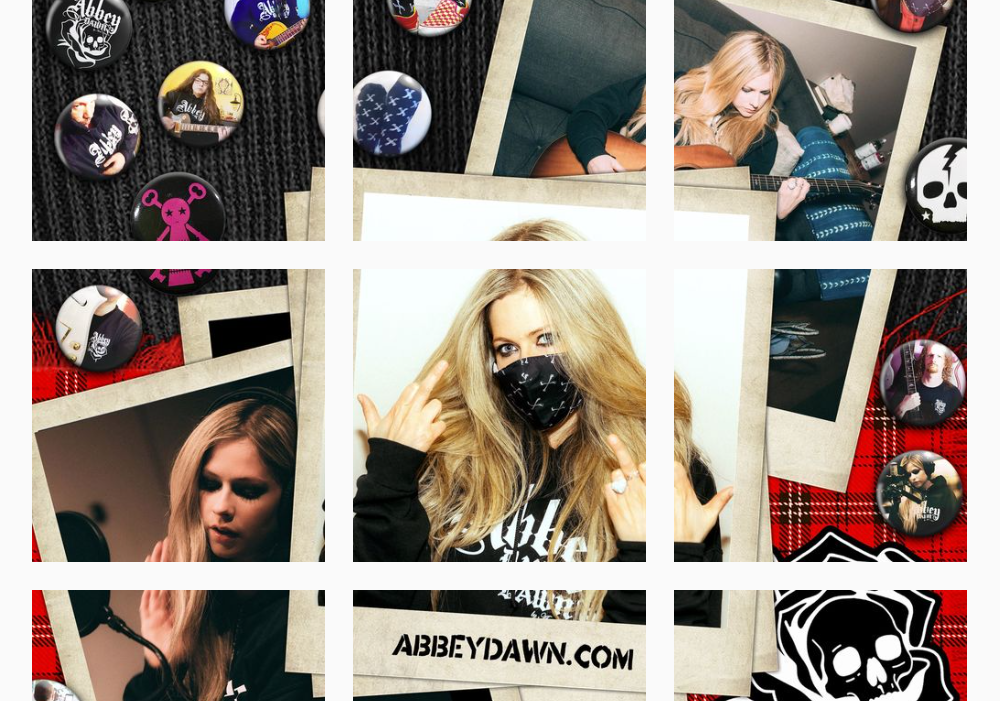 She described the clothes as “rock glam: fun, colorful, and edgy” and “affordable.”

After her deal with the department store Kohl’s ended in 2011, she started selling through other stores in the U.S. as well as online.

Abbey Dawn continues to operate up to this day.

How Old Was Avril When She Released Her First Song?

Is ‘Skater Boy’ A True Story?

Songfacts stated that the song is about “a story told from the singer's viewpoint.”

The site believes that the skater boy refers to Avril Lavigne.

That video (37.2 million views so far) shows her lip-syncing parts of “Sk8er Boi” as the then-53-year-old Hawk showcases his skills on a portable skateboard ramp.

Who Has A Star On The Hollywood Walk Of Fame That Cannot Be Stepped On?

Born Cassius Marcellus Clay Jr., his star (2,189th star) is the only one mounted on a wall (at the Dolby Theater entrance) and not on the sidewalk of Hollywood Boulevard.

After the Hollywood Walk of Fame awarding ceremony, Entertainment Tonight asked Avril Lavigne for any message.

What she shared was the same things her younger self held on to:

Just work hard and know who you are. Be real . . . authentic and believe in yourself because anything is possible.

And that’s what she did! She worked hard and believed in herself. Look at her now.

Avril Lavigne at 37: still making music, still youthful-looking. Can I make it any more obvious?