As Ikea In Shanghai Goes Into Lockdown, Shoppers Rush In Panic 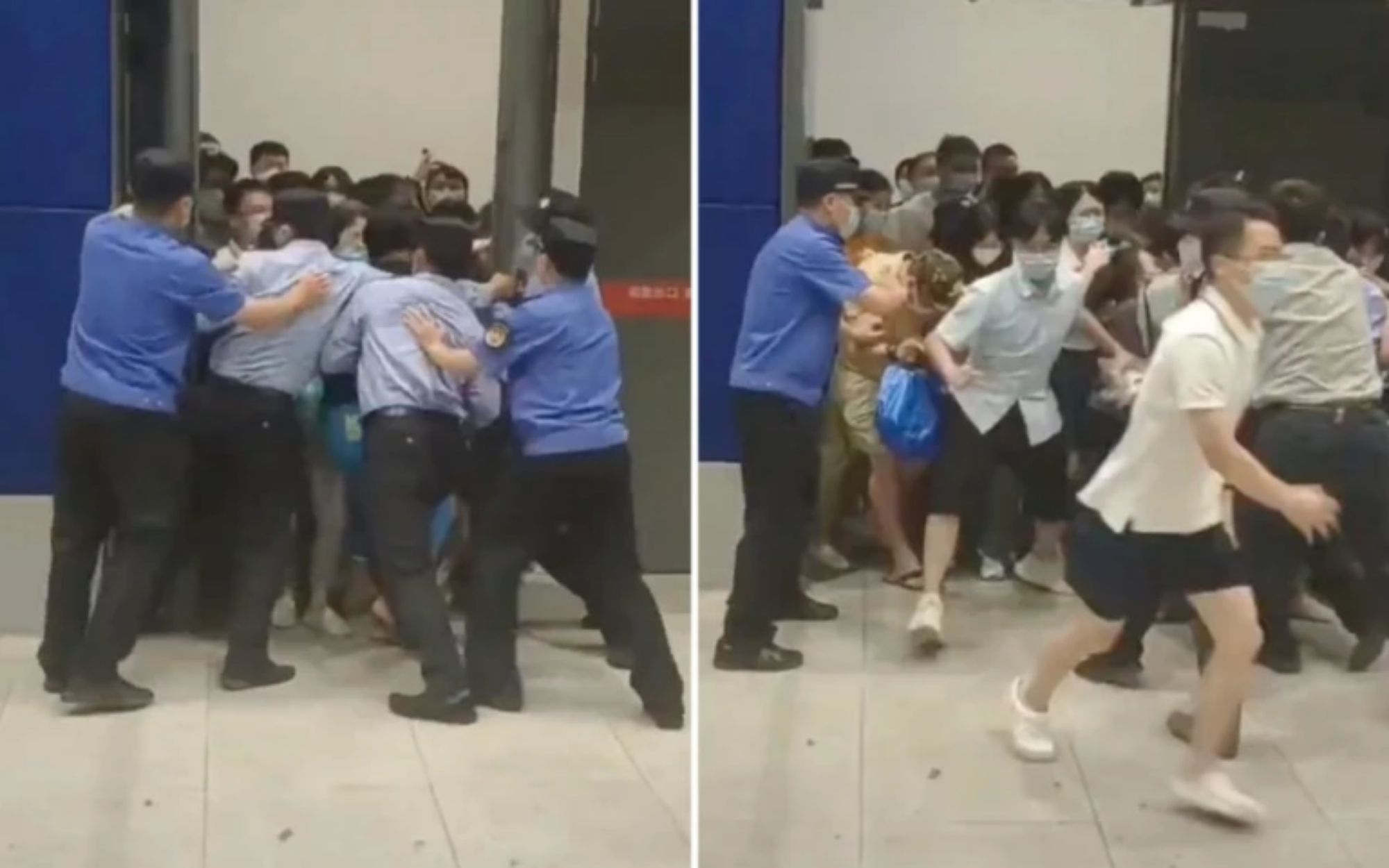 The videos spreading on social media reveal the moment as Ikea in Shanghai goes into lockdown, shoppers rush in panic.

Panic ensued at an Ikea store in Shanghai, China, after officials forced it to close down due to a COVID-19 concern.

Zhao Dandan, the deputy director of the Shanghai Health Commission, told reporters on Sunday that the "store and affected area" would be under "closed loop" control for the next two days. He said this at a press briefing.

People who are allowed inside the loop are subject to a mandatory two-day period of quarantine at a government facility followed by five days of health monitoring.

Asymptomatic refers to the absence of symptoms. Asymptomatic means that you have a disease or condition but don't have any symptoms.

According to the Ikea China communications team, the Ikea shop in Shanghai's Xuhui area was closed on Sunday and Monday due to "epidemic prevention guidelines" from the authorities but will reopen on Tuesday.

Shanghai, the financial hub of China and home to 25 million people, was forced into a two-month lockdown earlier this year, causing a massive public outcry as citizens had trouble obtaining food, medicine, and other necessities.

China's zero-Covid policy required the lockdown, which includes a lot of testing, long quarantines, and isolating whole cities to get rid of the virus.

To stop the spread of the infection, the Chinese government uses a color-based "health code" system that is powered by mobile devices and big data.

In China, people are now required to show a green health QR code in many public places and businesses, like stores, gyms, and restaurants.

Those whose health codes flash red due to contact with a confirmed COVID-19 case are very certainly going to be confined to quarantine facilities, as their locations and interactions with other people are tracked by the system.

As the economy struggles to get back on track after the stoppage, people are getting more and more upset about the severe restrictions that come with sudden lockdowns.

Furthermore, customers can be seen in multiple videos shared on social media shouting at one another and pushing each other as they race to get out of the building before the doors are locked.

The video below shows the shoppers who rush into a panic in an Ikea store in Shanghai:

Here are some of the YouTube users' reactions to the video footage:

One YouTube user commented: "If they leave the house, there is a chance that they might end up on lockdown elsewhere."

As seen in the obtained video footage, as Ikea in Shanghai goes into lockdown, shoppers rush in panic.

The chaos sparked by the Ikea store in Shanghai after local authorities tried to lock it down without warning while people were still inside because of possible COVID-19 exposure.

After an announcement at the Ikea store said that the store would be closed and no one would be allowed to enter or leave, people ran out of the store quickly.

Eventually, a mob of shoppers overpowered the security guards who had tried to keep them inside.

Those who didn't make it out waited for over four hours before being sent to adjacent hotels to be quarantined.