Archangel Gabriel - The Messenger Of The Highest Order 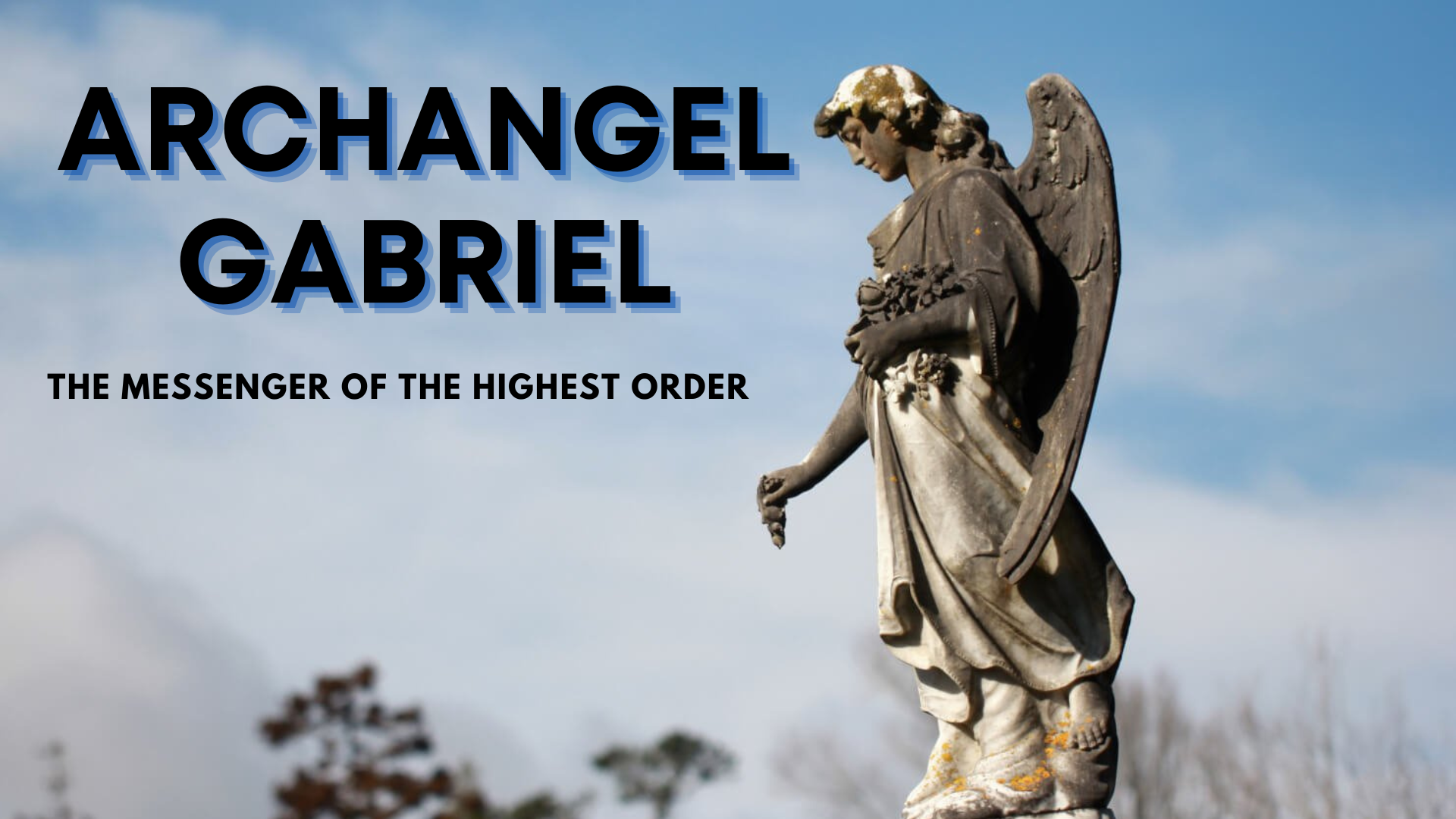 Archangel Gabriel, whose name means "God is my strength," is one of the spiritual world's most well-known and frequently invoked Angels.

In fact, Gabriel is one of only two Angels named in the Bible, and he is widely regarded as the most powerful and strongest Archangel, second only to Archangel Michael.

Gabriel is known for his compassion and wisdom as a messenger and counselor. He is frequently called upon to assist people who are undergoing transition or change.

Personal encounters with Archangel Gabriel frequently describe him as having a powerful presence. He is said to exude warmth and love, and to instill deep peace and calm in those who come into contact with him.

In this article, we'll delve into some fascinating Archangel Gabriel facts.

Getting To Know Archangel Gabriel

Everything About Archangel Gabriel - You Need To Know! | Angel message for you

Gabriel is one of the seven archangels who guard the throne of God. Because he stands before God, he belongs to the first and highest order of the heavenly powers.

In the Coptic tradition, the seven archangels who stand before God are Michael, Gabriel, Raphael, Soriel, Sedakiel, Sarathiel, and Ananiel. Gabriel's name means "God's power." God holds Gabriel in high regard because he was worthy to announce the birth of His only Son to the Virgin Saint Mary.

As a result, Archangel Gabriel is widely regarded as a protector of parents and those seeking to become parents through birth or adoption, as well as a protector of children and the divine spark of inspiration for new beginnings.

He also announced the birth of Saint John the Baptist to his priest father, Zacharias, and made a few Old Testament prophecies to Daniel.

As a result, the church gave him the title "the announcer," because he informs mankind about God's mysteries and the good news. Archangel Gabriel is also said to help prophets gain clarity on their visions or gifts.

He is regarded as a powerful divine support when it comes to manifesting and reaching important resolutions due to his ability to deliver messages, provide clarity, and aid in breakthroughs.

Gabriel was chosen as the special angel who would deliver John the Baptist's message, the prophet who would go before the Lord to prepare his way, "to prepare a people fit for the Lord" (Lk 1:17).

The most privileged duty of Gabriel was to announce the birth of Jesus (Lk 1:31), the Son of the Highest, the one who would take David's throne, rule over the house of Jacob, and whose kingdom would never end, the Son of God.

No other angel has ever given such a vital message. The most powerful of all angelic messengers is Gabriel.

The Symbolism Of Archangel Gabriel 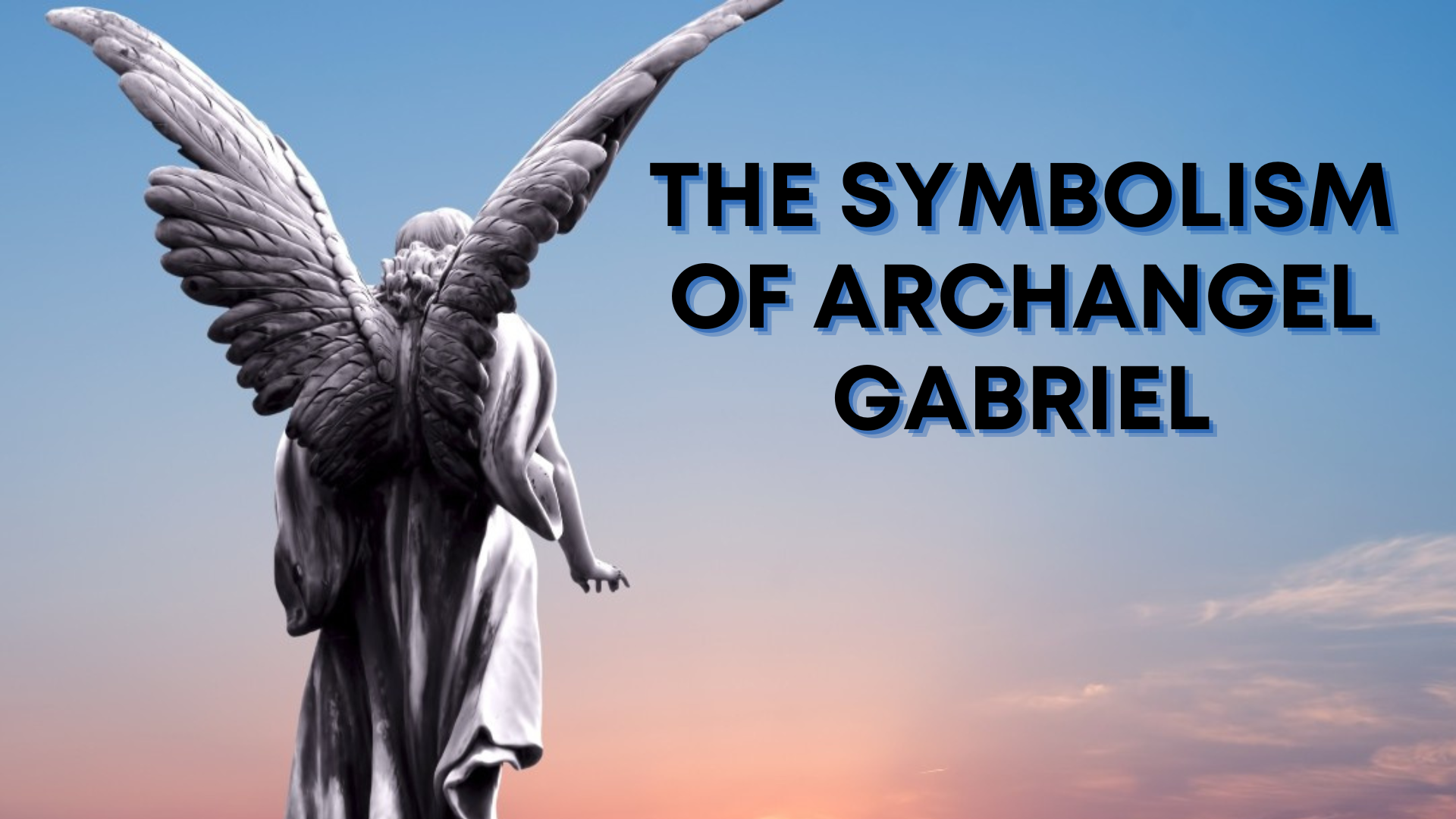 Archangel Gabriel's symbol is the angel color white, which represents unity, honesty, purity, and peace. White light is frequently associated with God or "the source," and many people believe it represents an open channel of communication with angels.

Another powerful angel symbol of this archangel is the trumpet, which is linked to his divine messenger role. As a result, he is a ruling archangel in terms of expression and self-expression, arts, mass media, social media, all forms of communication, and clarity.

Because we live in an information-based society, we can confidently assert that Archangel Gabriel is extremely present in our daily lives.

He is frequently depicted with his scepter and scroll as the governing angelic frequency for all forms of writing, painting, and hand-involved arts.

The Message Of Archangel Gabriel 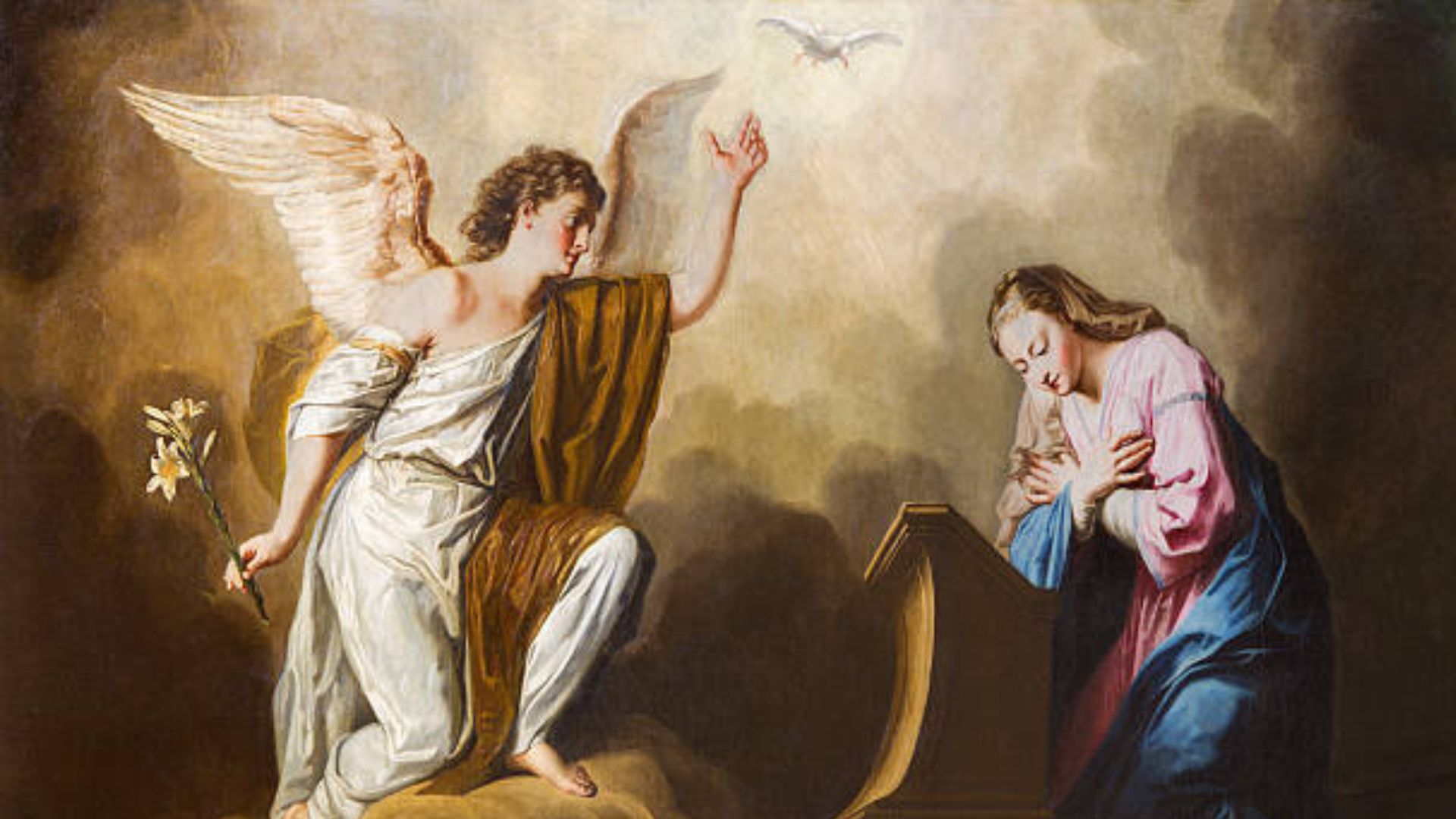 Gabriel reminds us that God notices and cares about His people. Gabriel brought the most wonderful news of God's love: Jesus' birth. Though Gabriel remains a mystery, it is his message that is crucial.

This makes sense. People frequently bow in reverence when they see angels in the Bible. The angels chastise them and tell them that they should only worship God.

Angels are highly regarded beings. Perhaps they want to remain shrouded in mystery so that God can receive all the glory. In any case, we know angels exist because of very real examples in Scripture.

Angels appear in both the Old and New Testaments, as evidenced by the examples above. He appears at various times to Mary, Daniel, and Zechariah, bringing good news and important messages.

Ways To Communicate With The Archangel Gabriel

The energy of Archangel Gabriel is always present around you. If you believe you need more help and direction from him, you can try some of these suggestions.

As God's messenger, Archangel Gabriel is always ready to communicate the truth and offer advice. Do you have the ability to tune in to the right frequency to hear what he has to say?

In our human bodies, it may be difficult to resonate with angelic energies. This may not be possible in long sessions, but it is possible to achieve by decoding and integrating a few brief moments of connection with you.

Harmonizing with your positive energy and high frequencies will assist you in hearing the answers you seek.

This is where crystals can come in handy. Three crystals that I've found to be extremely beneficial are Angelite, Herkimer Diamond, and Moldavite.

However, don't underestimate the power of the stones you already have and are focusing on.

Remember that each of us has a unique frequency and harmonic relationship with our environment and that we all interact differently with different crystals. Don't be afraid to follow your instincts.

You must ground your energy after you have meditated and connected with your crystals. You can decode and integrate the angelic messages you received during your meditation using this method.

Finally, your energy cord is your link to the Divine. It connects you not only to the infinite but also to your higher power, with whom you can communicate at any time. Is communication the realm of angels? – Archangel Gabriel, to be precise.

A network of energy cords connects our souls to other souls, timelines, and manifestations. An analogy is the intricate pattern of fine lines that weaves through a spider's web. When you tug on the spiritual web that connects all souls and all existence, Archangel Gabriel's attention is immediately drawn to you.

He is, in fact, the natural keeper of these links. When working with energy cords, seek the assistance and guidance of Archangel Gabriel.

Even though he will keep an eye on your work, if you specifically request his assistance and guidance, you will be more in tune with his frequencies.

How To Pray To Archangel Gabriel

Because Archangel Gabriel is in charge of self-expression, creativity, and the arts, you may want to consider how you phrase your prayer because doing so automatically tunes you into his angelic frequency.

When attempting to achieve a resolution that proves elusive at some point, you can seek the assistance of Archangel Gabriel.

Dear Archangel Gabriel, please support me in the process of reaching a harmonious resolution to this situation. Guide me to see clearly and understand deeply and correctly all the significant aspects involved, so that my resolution is for the highest good of everyone involved and affected by it.

Archangel Gabriel can be especially helpful when trying to manifest something.

Dear Archangel Gabriel, please guide me to have clarity and inspiration in formulating my manifestation so that it’s for my highest good and helps me express my authentic desires.

You can and should seek Gabriel's assistance and support as a messenger.

Dear Archangel Gabriel, please enlighten my clarity of perception and accuracy of transmission in my work as a messenger. Please inspire my intuition and guide my understanding and expression of these messages so they’re in the highest good of their receiver, sender, and of myself as the conduit of transmission.

How To Recognize Archangel Gabriel?

What Is Archangel Gabriel The Patron Saint Of?

Gabriel, the archangel, is one of three angels mentioned in the Bible, and he is regarded as an archangel and the patron saint of all those involved in communication because of the supreme importance of the message he delivers.

What Does Gabriel The Archangel Do?

Gabriel was the heavenly messenger sent to Daniel to explain the vision of the ram and the he-goat as well as to communicate the prediction of the Seventy Weeks.

In conclusion, Archangel Gabrielis often depicted holding a trumpet is one of the two archangels specifically named in the Bible in both the Old and New Testaments.

Archangel Gabriel, the patron of communications, is the messenger angel, acting as God's messenger.

After learning about Archangel Gabriel, you're ready to embrace the divine messages he brings and make the most of the inspiration he can ignite within your soul.