Active Pulmonary Tuberculosis - How It Affects Patients With Diabetes 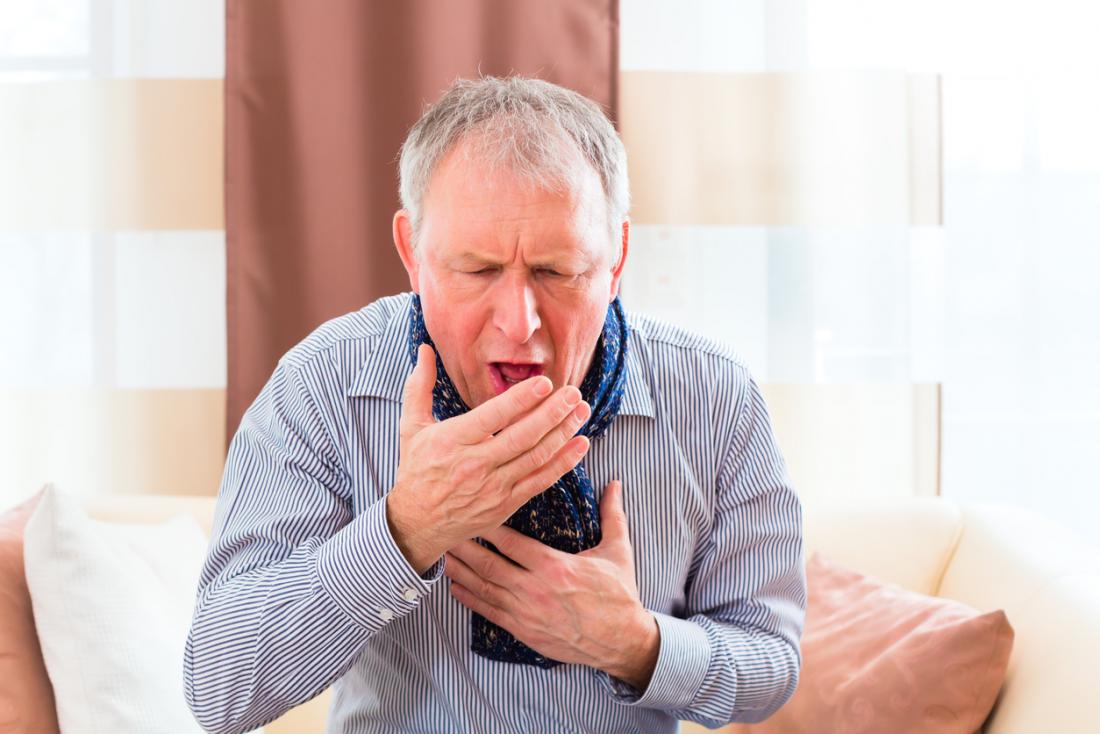 Active pulmonary tuberculosis is the infectious disease that is responsible for the most number of deaths worldwide due to microbial illnesses.

Uncontrolled diabetes weakens the immune system, which makes it easier for tuberculosis bacilli to grow and contributes to the development of disease.

Diabetes mellitus (DM), a complex metabolic disorder that can be caused by either insufficient insulin production or insulin-resistant cells, is characterized by high blood sugar levels.

This is one of the disease's defining characteristics.

The typical symptoms of high blood sugar include an increase in both thirst and hunger, as well as an increase in the frequency with which one needs to urinate.

The emerging epidemics of diabetes mellitus (DM) and tuberculosis (TB) in populations with low socioeconomic status have caused concern among a number of experts, who have voiced their concern about the connection between the two diseases.

A double burden is placed on low-income countries as a result of the alarming increase in diabetes mellitus prevalence as well as the highest TB burden in the world.

The fact that there is a possibility of a connection between the two diseases will make an already challenging situation even more challenging and will raise additional concerns.

Tuberculosis, more commonly known as TB and formerly known as consumption, is an extremely contagious disease that primarily affects the lungs.

The World Health Organization (WHO) estimates that the disease was responsible for the deaths of 1.5 million people in 2020.

Tuberculosis is also the 13th leading cause of death globally. At the moment, it is the second most important infectious cause of death, following COVID-19.

According to the Centers for Disease Control and Prevention (CDC), more than 7,000 cases of tuberculosis were reported in the United States in the year 2020.

Although the disease is most prevalent in developing countries.

If the appropriate measures are taken, tuberculosis can typically be treated and even avoided entirely.

5 Things to Know About TB

What Are The Symptoms Of Tuberculosis?

Getting infected with Mycobacterium tuberculosis, the bacterium that can lead to tuberculosis, does not always result in the development of symptoms. This condition is known as latent TB.

It's possible to have latent tuberculosis for a number of years before it becomes an active disease.

Active TB almost always results in a wide range of symptoms. In most cases, symptoms are related to the respiratory system; however, they can manifest in other parts of the body as well, and this is determined by the location of the TB bacteria's growth.

Symptoms of tuberculosis in the lungs include the following:

In addition to more general symptoms, the following can be caused by tuberculosis that has spread to other organs:

If tuberculosis affects the kidneys, symptoms may include blood in the urine and a loss of kidney function.

In cases where tuberculosis affects the spine, symptoms such as back pain and stiffness, muscle cramps, and spinal irregularity may be experienced.

In the event that tuberculosis spreads to the brain, patients may experience headaches, nausea, vomiting, confusion, and loss of consciousness.

What Are The Different Kinds Of Tuberculosis?

In addition to active and latent tuberculosis (TB), there is also pulmonary tuberculosis, which is a form of the disease that affects the lungs.

However, the bacterium can cause tuberculosis in other body parts.

This is extrapulmonary tuberculosis (TB outside of the lungs). You may have also heard of systemic miliary tuberculosis, which can spread throughout your body and cause these symptoms and conditions:

Diabetes is a condition that impairs your body's capacity to either produce or use the hormone insulin.

Insulin is a hormone in the body. Insulin is secreted when your body converts the food you eat into energy, which is also referred to as sugar or glucose.

Insulin's primary function is to assist in the delivery of this energy to the cells.

Its chemical message instructs the cell to open up so that it can take in glucose.

The cell is instructed to release its membrane and take in glucose by the chemical message that it sends.

If you produce little to no insulin, are resistant to the effects of insulin, or both, then an excessive amount of sugar will remain in your blood.

People who have diabetes typically have glucose levels that are significantly higher than average.

Diabetes can be divided into two primary categories: type 1 and type 2.

What Is Type 1 Diabetes?

Insulin is not produced by the pancreas in people afflicted with diabetes type 1, which is the most common form of the disease.

Type 1 diabetes, which was formerly referred to as juvenile diabetes, is frequently identified in young children and teenagers.

On the other hand, adults are not immune to the condition either.

This form affects between 5 and 10 percent of people who have diabetes.

What Is Type 2 Diabetes?

Insulin resistance is another name for type 2 diabetes, which manifests itself either when the body is unable to produce enough insulin or when it is unable to use the insulin it does produce in an effective manner.

The term "adult-onset diabetes" is commonly used to refer to type 2 diabetes due to the fact that it is typically diagnosed later in life, typically after the age of 45.

It is the cause of diabetes in 90–95 percent of all patients.

More young people, including children, have been given a diagnosis of type 2 diabetes in recent years than in previous decades.

What Are The Other Forms Of Diabetes?

The American Diabetes Association estimates that 18% of all pregnancies are affected by gestational diabetes, which develops during pregnancy.

Although gestational diabetes typically disappears after pregnancy, your chances of developing it again in subsequent pregnancies increase if you've already experienced it.

Some pregnant women find out they have Type 1 or Type 2 diabetes during their pregnancy; those women will need to continue taking their diabetes medication after they give birth.

Many women who have had gestational diabetes go on to develop Type 2 diabetes later in life.

Insulin resistance is a characteristic shared by both gestational diabetes and type 2 diabetes.

Making some fundamental adjustments to one's way of life after having gestational diabetes may help prevent diabetes.

Prediabetes is an additional form of diabetes. This condition causes a person's blood sugar levels to be higher than normal.

However, they are not high enough for a diabetes diagnosis to be made.

In addition to the 30.3 million people who already have diabetes, the American Diabetes Association estimates that there are currently 84.1 million Americans who are living with pre-diabetes. 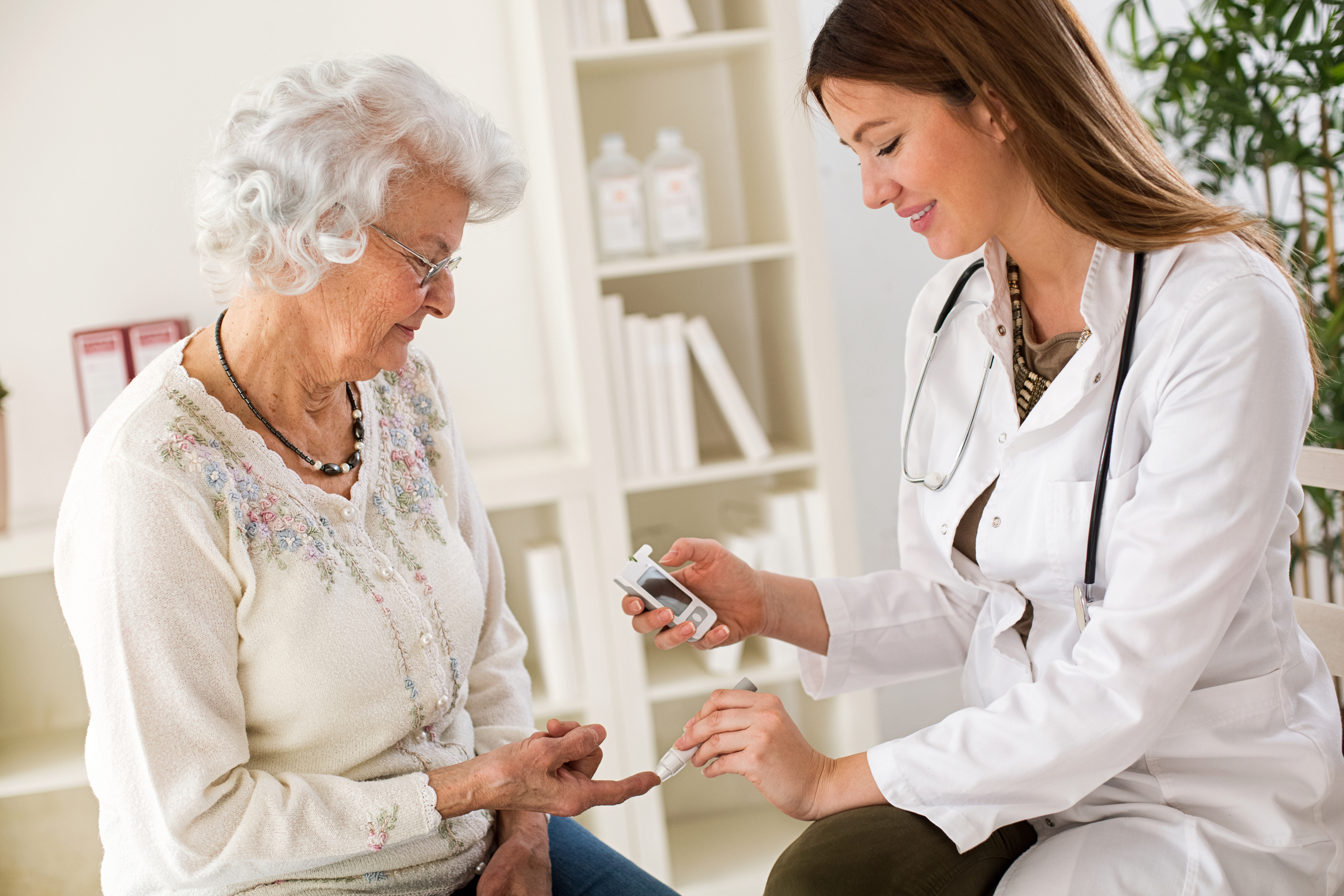 The Impact Of Tuberculosis On Patients With Diabetes

Multiple studies have linked diabetes mellitus (DM) to an increased risk of tuberculosis (TB), as well as an increased prevalence of DM among patients diagnosed with TB.

Diabetes not only increases the likelihood of developing tuberculosis but is also a risk factor for the development of complications during treatment for tuberculosis, including death.

It is common knowledge that the presence of diabetes makes these risks more severe, particularly if a person's blood glucose levels are elevated.

This is an analytical study of case-control correlations.

The analysis and comparison of the outcomes in diabetic and non-diabetic individuals are conducted using a test with a 0/05 level of significance.

Studies on the prevalence of pulmonary tuberculosis in Iranian diabetic patients are scarce.

In the province of Sistan and Baluchistan, the prevalence of TB is estimated to be 48.5 cases per 100,000 people.

According to the study, the rate of tuberculosis in diabetic patients is higher than the general population of Iran and global statistics of 140 per 100,000 people.

Another study in Iran found this rate to be 682 per 100,000 people, which is higher than the general population of Iran and the latest global TB statistics.

Other articles from other Third World nations have covered the connection between diabetes and tuberculosis.

In a study of 506 TB patients and 693 controls in Tanzania, Mugusi discovered that the prevalence of diabetes was four times higher in tuberculosis patients than in healthy controls.

The findings of this study indicate that patients with underlying factors for tuberculosis are more likely to develop diabetes, especially in Iran.

It is simple to prevent and identify infections with tuberculosis.

A tuberculin skin test (5 units) can be used to determine this.

Reach the objective and, if necessary, recommend isoniazid (or other medications for prophylaxis).

What Is The Fastest Way To Cure TB?

If you are diagnosed with active pulmonary tuberculosis, which occurs when your lungs are affected and you have symptoms, you will be given a combination of antibiotics to take for at least six months as part of your treatment.

The standard treatment consists of taking two different antibiotics (isoniazid and rifampicin) for a period of six months.

How Do TB Symptoms Start?

Coughing for at least three weeks straight is one of the signs and symptoms of active tuberculosis, coughing up blood or mucus as well as other bodily fluids, pain in the chest, or pain that is aggravated by coughing or breathing.

What Is The Cause Of Tuberculosis?

It can be passed on when a person who has active tuberculosis in their lungs coughs or sneezes and another person inhales the droplets that are expelled from their mouth or nose.

Are Diabetics At High Risk For TB?

It has been determined that diabetes mellitus is a risk factor for developing tuberculosis (TB) infection and for relapse after treatment for TB.

The risk of contracting tuberculosis has been described as being comparable to that of an HIV population.

It is impossible to ignore the fact that diabetics have a threefold increased risk of developing pulmonary tuberculosis in comparison to non-diabetics.

This was especially true for outcomes such as mortality and treatment failure.

In light of the growing prevalence of diabetes mellitus, in particular in nations where the incidence of active pulmonary tuberculosis is still relatively high, the provision of comprehensive screening programs may prove to be beneficial for the early diagnosis and treatment of diabetes among TB patients and vice versa.

This is especially the case in countries where the burden of diabetes mellitus is particularly high.