If there’s one hot topic in the U.S. that has been sizzling for roughly 50 years now, it will have to be the abortion ban.

Shepherd Express reported this week that South Carolina Senator Lindsey Graham proposed anew about it. He recommended a nationwide ban.

Milwaukee’s newspaper described the senator’s act “like a hand grenade” thrown at the Republicans.

In the U.S. political calendar, it’s now the midterm, with the elections happening in November. Republican candidates have been trying to avoid it as they prepare for this voting season.

Banning abortion in the U.S. - with several lawmakers and politicians now supporting for a nationwide implementation - involves two more critical issues: preservation of democracy and protection of human life.

No wonder, abortion ban in the country can sometimes be too hot to handle even for those in power.

The history of abortion laws in America

Before digging further into the roots of abortion ban in the U.S., it would be best to explain what abortion is all about.

Pregnancy can be stopped in two ways: involuntarily and voluntarily.

Involuntarily happens when the “pregnancy ends on its own,” according to familydoctor.org. In this case, it’s called spontaneous abortion or more commonly as miscarriage.

Different factors could cause it, including the following:

Voluntarily is when pregnant people willingly choose to end their pregnancy because of reasons that can be generally categorized into two:

a. therapeutic reasons (e.g., the pregnancy and eventual child birth could kill them)

b. non-medical reasons (e.g., they are rape victims)

A voluntary abortion is more often referred to as induced abortion. More often, it’s done within the first three months of the pregnancy.

When MedlinePlus, a website managed by the National Library of Medicine, gave a meaning for the term “abortion,” it defined it in the context of an induced abortion:

An abortion is a procedure to end a pregnancy.

There are two kinds of induced abortion, namely:

a. Medication abortion (or “abortion with pills”)

Abortion pills (e.g., oral misoprostol or Cytotec; oral mifepristone or Mifeprex) are used to kill the embryo or the fetus; thus, terminating the pregnancy.

Embryo: from conception to 8th week of pregnancy. Fetus: from 8th week until the baby is born.

The fetus will be removed from the uterus. The uterus, by the way, is the female organ that’s also called the womb (the layman’s term).

The main function of the uterus is to nourish the developing fetus prior to birth.

It’s now clear why abortion ban is such a controversial issue. An embryo/fetus is considered a living organism - a developing human being inside a womb.

Abortion And The Catholic Church

One huge, powerful, and influential organization that supports abortion ban is no less than the Roman Catholic Church.

Throughout the centuries, its catechism has been upholding the sanctity of human life.

That includes the “unborn human life,” according to the Washington-based United States Conference of Catholic Bishops (USCCB). On its website, it stated:

Since the first century the Church has affirmed the moral evil of every procured abortion. This teaching has not changed and remains unchangeable.

Based on an article republished by the Catholic News Agency, when Father William Paul Saunders, Ph.D., defined “abortion,” he used the words “unborn child.”

That “unborn child” is either the embryo or the fetus.

The USCCB pointed out how science acknowledged and verified that life starts at conception - at the earliest stage of an embryo.

With that said, the Catholic Church will continue to call for an abortion ban.

Two women, with each holding a sign showing their pro-abortion stance, mentioning religion and God

Another important factor to be considered in the discussion of abortion ban is the matter on human rights.

Based on an undated briefing paper by the New York-headquartered Center for Reproductive Rights (est. 1992), how a woman handles her own reproductive life is part of her human right.

An abortion ban tramples on that particular right. The group emphasized that governments should recognize and respect this woman’s human right.

It also stressed how international treaties mentioned about the “legal support for a woman’s right to safe and legal abortion.”

In an information sheet published by the Office of the United Nations High Commissioner for Human Rights (OHCHR) and updated in 2020, the organization likewise underscored that thing.

For example, the Committee on Economic, Social and Cultural Rights (CESCR), a U.N. human rights group in Geneva, regards abortion ban as a form of discrimination.

It’s the aftermath of the landmark decision of the U.S. Supreme Court made on January 22, 1973 for the legal case Roe v. Wade.

When the same Supreme Court overturned that decision on June 24, 2022 - or 49 years later - banning abortion in the U.S. was revived.

What Is The New Abortion Law?

According to Forbes, Sen. Graham’s bill has been the first one to recommended an abortion ban on a nationwide scale since the reversal of the decision.

The bill seeks to “criminalize abortion after 15 weeks into a pregnancy.”

2. Abortion will be permitted if it will save the life of the pregnant woman.

The pregnancy could be life-threatening because of the following conditions, as specifically cited in the bill:

3. If ever an abortion must be performed (due to one of the circumstances mentioned above), the assigned physician must do it in a way that “provides the best opportunity for the unborn child to survive.”

The proposed abortion ban bill by Sen. Graham considers therapeutic reasons to allow an abortion but not non-medical reasons.

In the U.S., abortion ban has become a divisive issue.

In fact, according to one article by the Editor & Publisher (E&P) Magazine, the public would sometimes surmise that it’s entirely an issue between the Democrats and the Republicans.

Though there’s a shred of truth in it, on the contrary, it’s more complicated than that.

Nevertheless, it should not be quickly dismissed as sort of a perennial topic between the two parties.

As Devin Windelspecht, the managing editor at the International Center for Journalists in Washington said to E&P Magazine:

The intricacy of the abortion ban in America has made some states impose the ban on abortion while the others implement its legality.

Abortion In The U.S.

According to E&P Magazine, even before the Supreme Court overturned its decision on Roe v. Wade, an abortion ban was already in place in several states.

One example: Oklahoma. Prior to that Roe v. Wade reversal episode, this state didn’t have even one abortion clinic.

These states had an abortion clinic but only one: 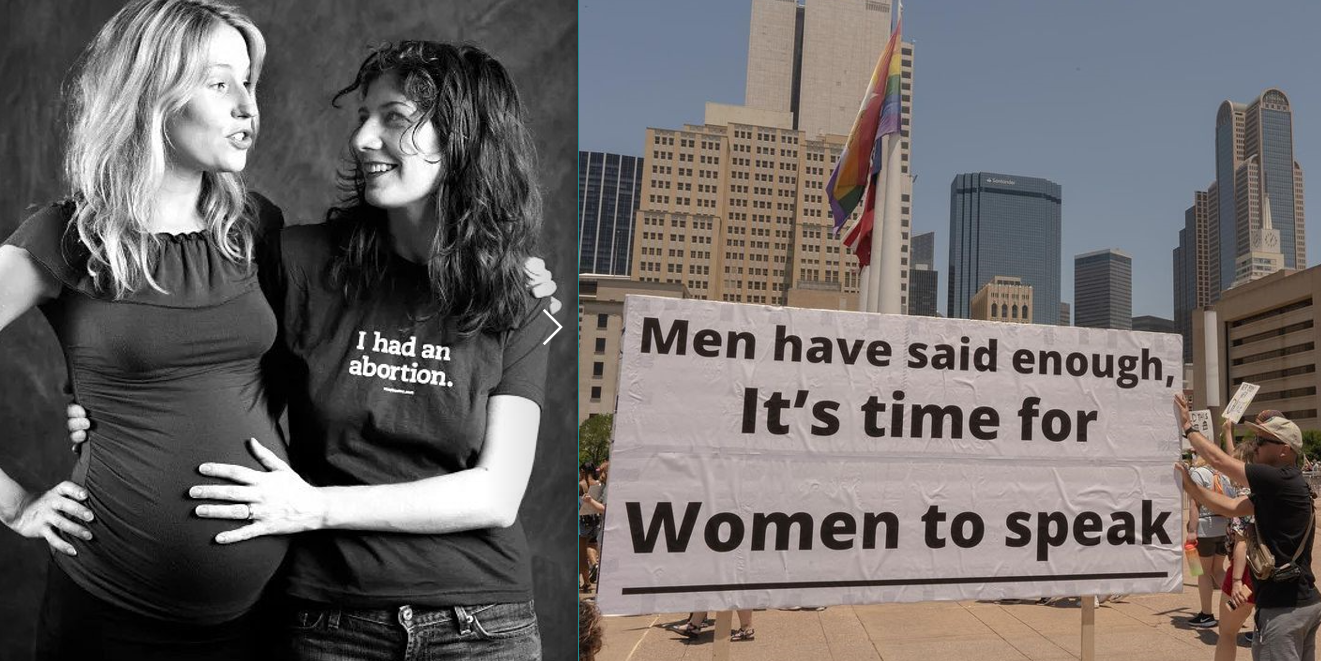 A woman wearing a black T-shirt that says ‘I had an abortion;’ a huge sign that says ‘It’s time for women to speak’

What States Is Abortion Legal In 2022?

Based on an article by the Thomson Reuters Foundation News published online on September 16, 2022, abortion is legal in 21 states:

In these six states, the court temporarily blocked abortion ban:

According to the same source, these 19 states implement an abortion ban (abortion is either banned or restricted):

Pennsylvania and Virginia, at the time of publication, remain undecided whether to ban abortion or not.

Two states that might probably impose an abortion ban: Arizona and Nebraska.

How Is Abortion Done?

It can be done through the intake of abortion pills or through procedural/surgical abortion. In a procedural abortion, a suction tube will be placed into the uterus to remove the fetus.

Though an abortion could involve “a small risk,” according to U.K. health website NHS, it is “generally very safe.”

Safety can be guaranteed if:

While anesthesia is not given (not required) during a procedural/surgical abortion, it can be painful.

There could be some discomfort felt in the digestive system after the procedure. Cramps and/or fever can also be experienced.

That could explain why women, regardless of religion and/or political affiliation either support or abhor an abortion ban.

Politics may play a role in one’s ideals. Priests and religious communities may influence others to advocate against it.

The personal experiences and economic background of pregnant people likewise have impact on their views on abortion.

All these factors complicate both the implementation and the condemnation of abortion ban.