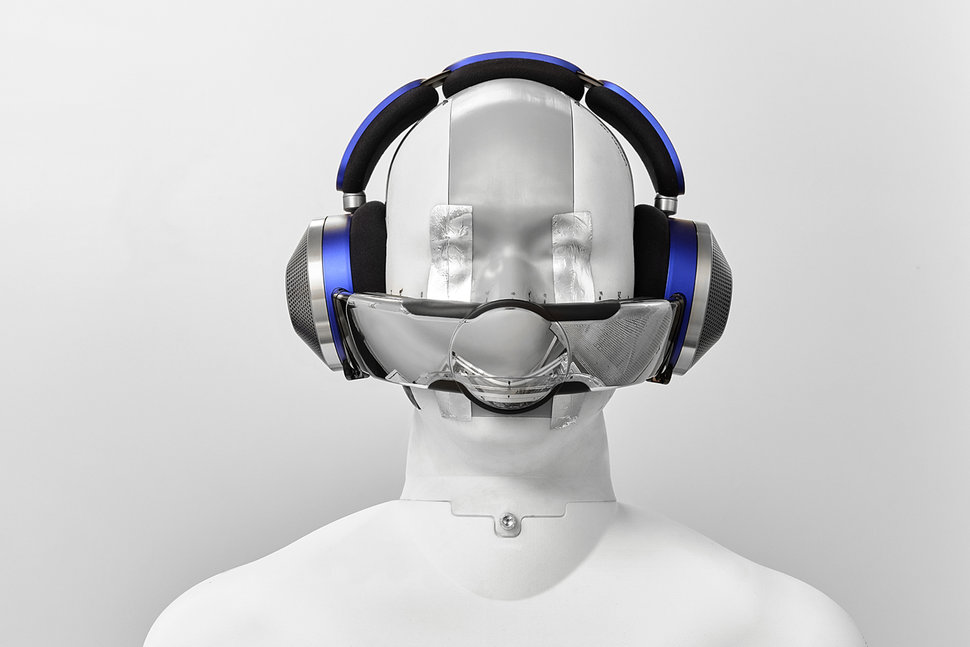 Aside from their famed vacuum cleaners and air purifiers, Dyson has recently entered the beauty industry with their line of high-end hair care products.

Despite the high price tag, its products consistently outperform the competition.

It didn't provide a price when it debuted its Dyson air purifying headphones, the Dyson Zone, earlier this year, but most people assumed it would be quite expensive.

The company has now released additional details about the forthcoming headphones, including where to purchase them and for how much.

Just recently, Dyson introduced its air purifying headphones, which cost AUD $1,317 ($949 USD or £728). Now, those who can afford it can breathe in and rock.

The home appliance manufacturers have long teased that they are developing a pair of weird noise-cancelling headphones equipped with a visor to filter out allergens and other airborne particles. We are pleased to announce that it is now available for purchase.

Dyson claims that the headphones address "urban challenges with air quality and noise pollution" by providing high-quality sound and clean airflow to the nose and mouth.

The Maker's Notes For Dyson Zone

While this is certainly an innovative concept, especially in the midst of a pandemic, it reminds us of a new Darth Vader helmet. It took more than 500 prototypes to develop, so the company, best known for creating vacuum cleaners and hair dryers, said it was a leap into the unknown.

Each ear cup contains a compressor that draws air through a dual-layer filter before delivering two streams of filtered air to the user's nose and mouth, where it is purported to remove 99% of particulates. Then there's no hope for the smoke, dust, or bugs.

The visor therefore prevents "crosswinds" from interfering with the clean airflow by keeping it confined to the area immediately surrounding the air passages. The airflow and air quality around you may be monitored with the help of a variety of sensors built into Dyson's first wearable device. Nonetheless, the Dyson Zone's appearance was potentially very different. The earliest versions of these devices required the user to wear a snorkel and a backpack that housed the motor and headphones.

Dyson recently announced that their Zone headphones would first be released in China in January, followed by the United States, the United Kingdom, Hong Kong, and Singapore in March.

What Is Dyson Zone?

The Dyson Zone™ headphones were made to deal with the problems of both city noise and dirty air. The headphones are powered by advanced lithium-ion batteries and can be charged via USB-C. They can run for 50 hours if they're just playing music, or 4 hours if they're doing both. They can be fully charged in 3 hours.

Is Dyson Still A UK company?

Sir James, who owns the whole company and has made a personal fortune of £9.5bn, did not say anything about the move. Rowan said that Sir James and "the executive team" made the decision to leave the UK. The top Dyson executives, like Rowan and Jrn Jensen, the head of finance, will be based in Singapore.

Dyson started Dyson Holdings Pte. and is the company's chief engineer. The company is based in Singapore and makes things like vacuum cleaners, fans, and hand dryers. The business was run by a small group of family members and made $7.4 billion in sales in 2021.

In most European locations, Dyson promises the ear cups' filters will last for a year. They do, however, caution that those who live in more polluted areas will need to replace them more frequently.

So, if you're looking for a technologically advanced face mask that also functions as a music player, this might be the best present you could get this holiday season assuming you don't mind constantly being mistaken for Timothée Chalamet from the movie Dune.