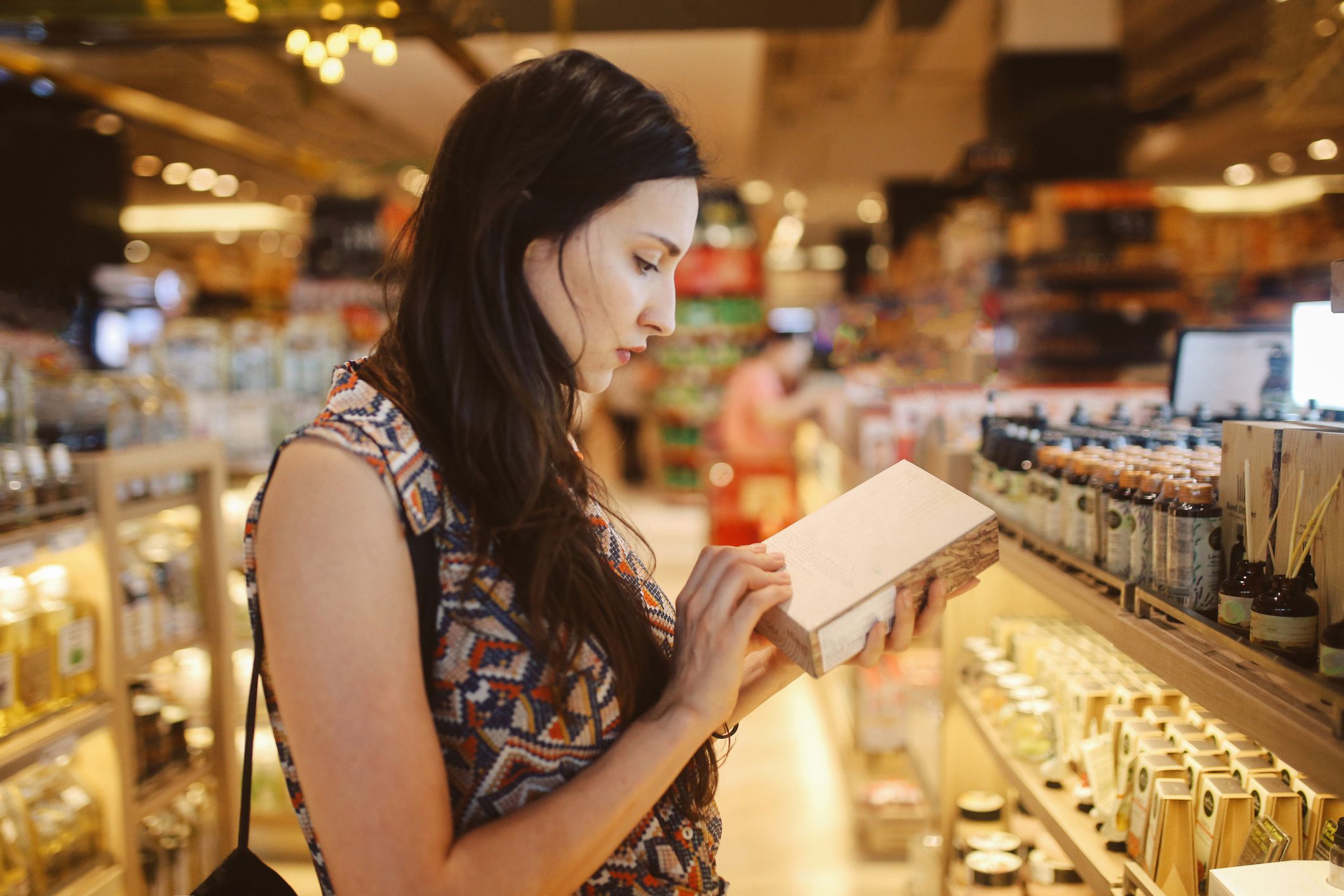 A double-digit growth for U.S. luxury beauty market has been reported.

According to The NPD Group, higher-income consumers in the United States with yearly household incomes of more than $100,000 spent approximately $9 billion on beauty goods in the first half of 2022.

Year over year, beauty sales to these consumers climbed by 14%.

Consumer spending and the number of buyers in the market both increased by double digits from the previous year, with members of Generation X and Millennials driving much of the increase.

NPD Checkout Omnichannel Tracking, which includes the beauty industry for the first time, found that consumers from higher-income families spent more than 40% of beauty sales revenue in the United States.

Thanks to its ability to aggregate information from both in-store and online purchase records, NPD's Checkout service gives a comprehensive portrait of the premium beauty and disruptive channels - including DTC, peer-to-peer, and digital natives - that sell cosmetics and other beauty products.

According to Larissa Jensen, a beauty industry advisor at NPD, "it is vital for beauty brands and retailers to identify which consumers are most engaged and eager to spend during this critical moment when retail recovery is forced to coexist with growing economic difficulties." According to the several categories of beauty, "these behaviors can vary, but doing it well and acting on it might provide the competitive advantage needed to succeed." 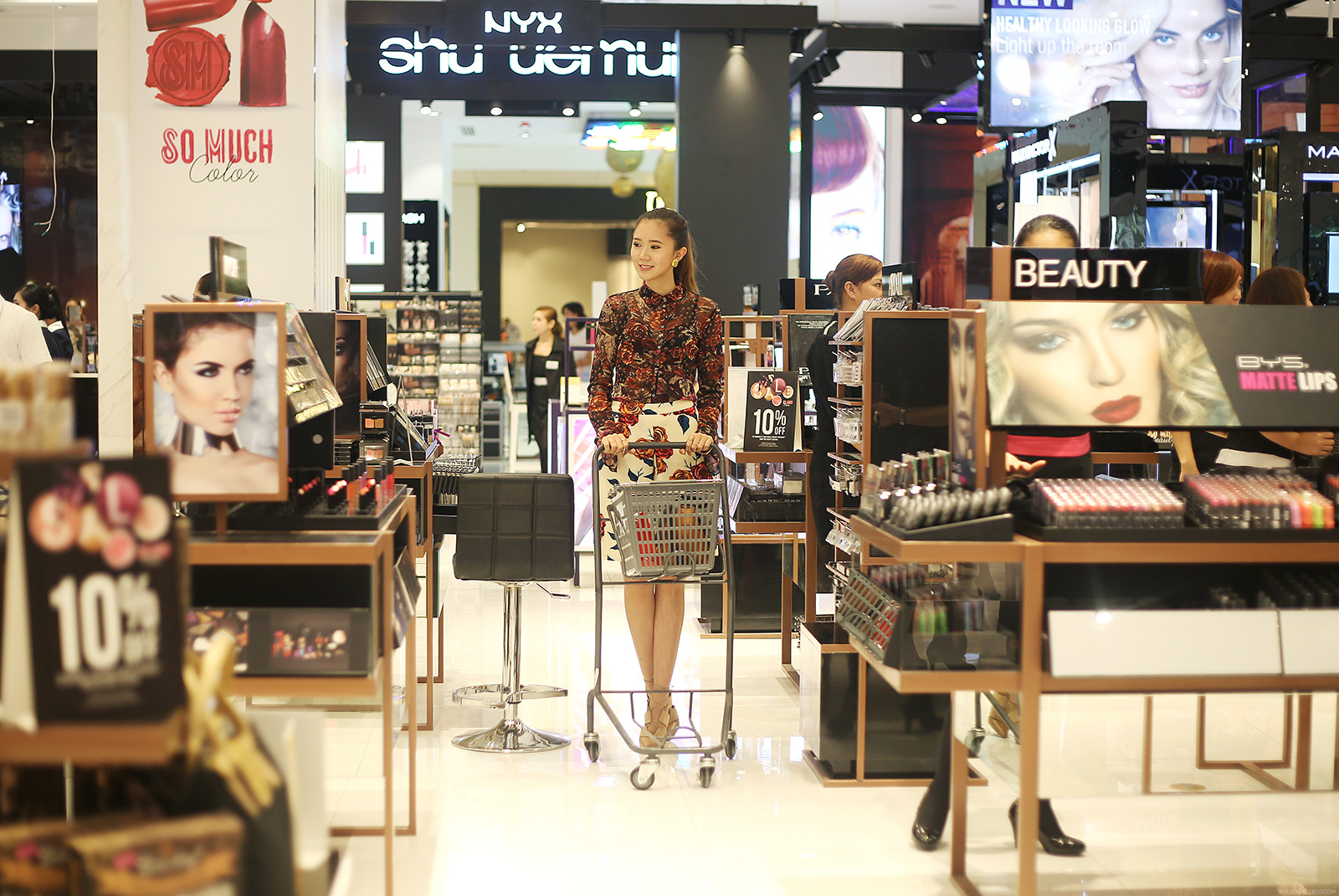 Women in higher-income families have a far greater prevalence of using facial skincare products (80%) and makeup (67%), despite the fact that only 74% and 67% of women overall use such goods.

According to the conclusions of the NPD report titled "Facial Skincare Consumer Report," Generation X represents a market opportunity that has not yet been explored in the skincare industry.

Generation X is the only generational cohort whose usage of facial skincare products has stayed stable in comparison to the previous year.

This comes as other generations' usage of facial skincare products has decreased.

They use almost as many things as Millennials, who use the most, and they are also more inclined than any other generation to buy products that come with larger price tags.

Millennials are the generation that uses the most products.

According to the "Makeup Attitudes and Usage Report" published by NPD, women living in families with higher incomes exhibited the most substantial usage growth in the makeup market.

This gain amounted to an increase of eight points from the previous year. 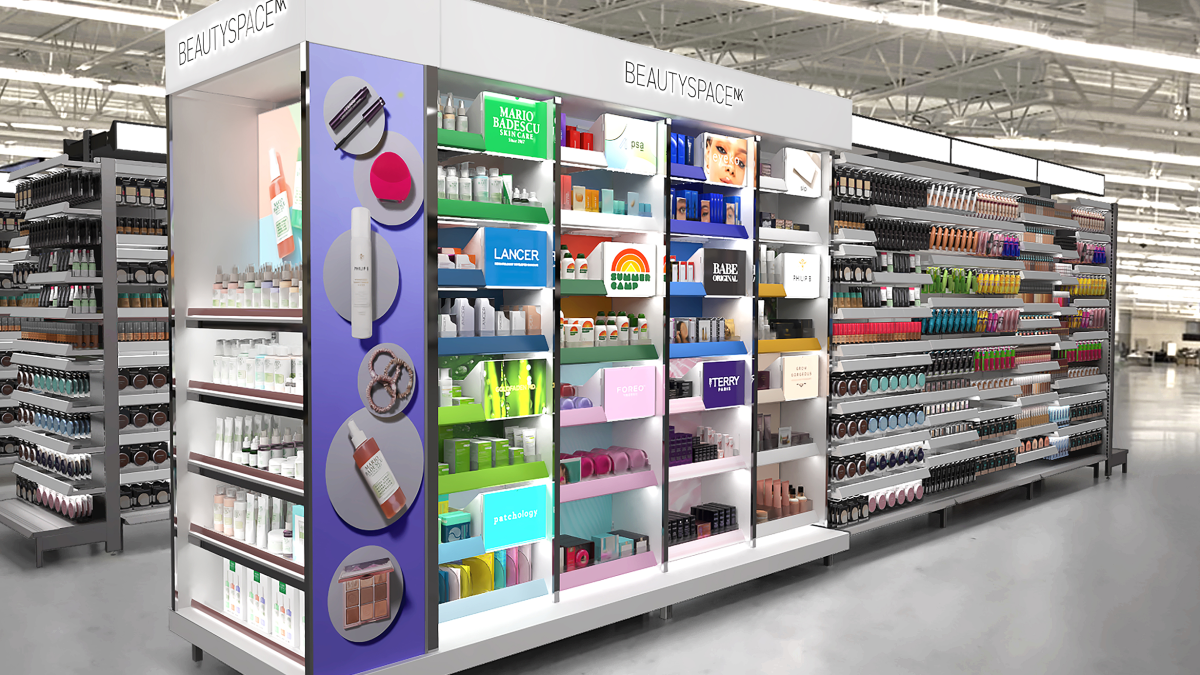 Beauty aisle in a store full of skincare and makeup products

As the cost of living continues to rise, many individuals are putting off major expenditures like new televisions or canceling their subscriptions to streaming services like Netflix.

Still, they are currently investing in their appearance.

As consumers cut back on spending due to rising inflation, the beauty category has become a rare bright spot for shops.

According to The NPD Group, which monitors retail categories like clothes, technology, toys, and beauty products at specialty and department stores, this is the only discretionary retail sector with increased unit sales in the first half of the year.

Raymond James analyst Olivia Tong advised, "You may not be able to go out to eat out as much, but you can buy yourself a lipstick."

Target emphasized the strength of its beauty sales this spring while cutting its profit forecast for the year twice.

Despite concerns that buyers are skipping over discretionary areas like clothes, Walmart is investing in the category and rolling out new beauty displays to hundreds of shops.

Other variables also work to the industry's advantage.

Weddings and gatherings have resumed.

More people are returning to work and can no longer hide behind Zoom filters.

During the pandemic, some people began to pamper themselves at home with face masks, hair treatments, and other cosmetic products.

The phrase "lipstick index," made famous by Leonard Lauder, chairman of the board of Estee Lauder, to explain rising cosmetics sales during the recession in the early 2000s, was coined by Larissa Jensen, a beauty analyst for NPD.

According to Jensen, lipstick sales volume has increased while consumer sentiment has decreased.

Other cosmetics have seen an upsurge as a result.

She said that these increases are being made in both units and money.

The majority of the beauty category's growth is being driven by households with annual incomes of over $100,000, and according to Jensen, discounters may find it more difficult to capitalize on the trend.

Even so, big-box retailers may benefit from the endurance of the cosmetics industry if they can figure out how to capitalize on it. 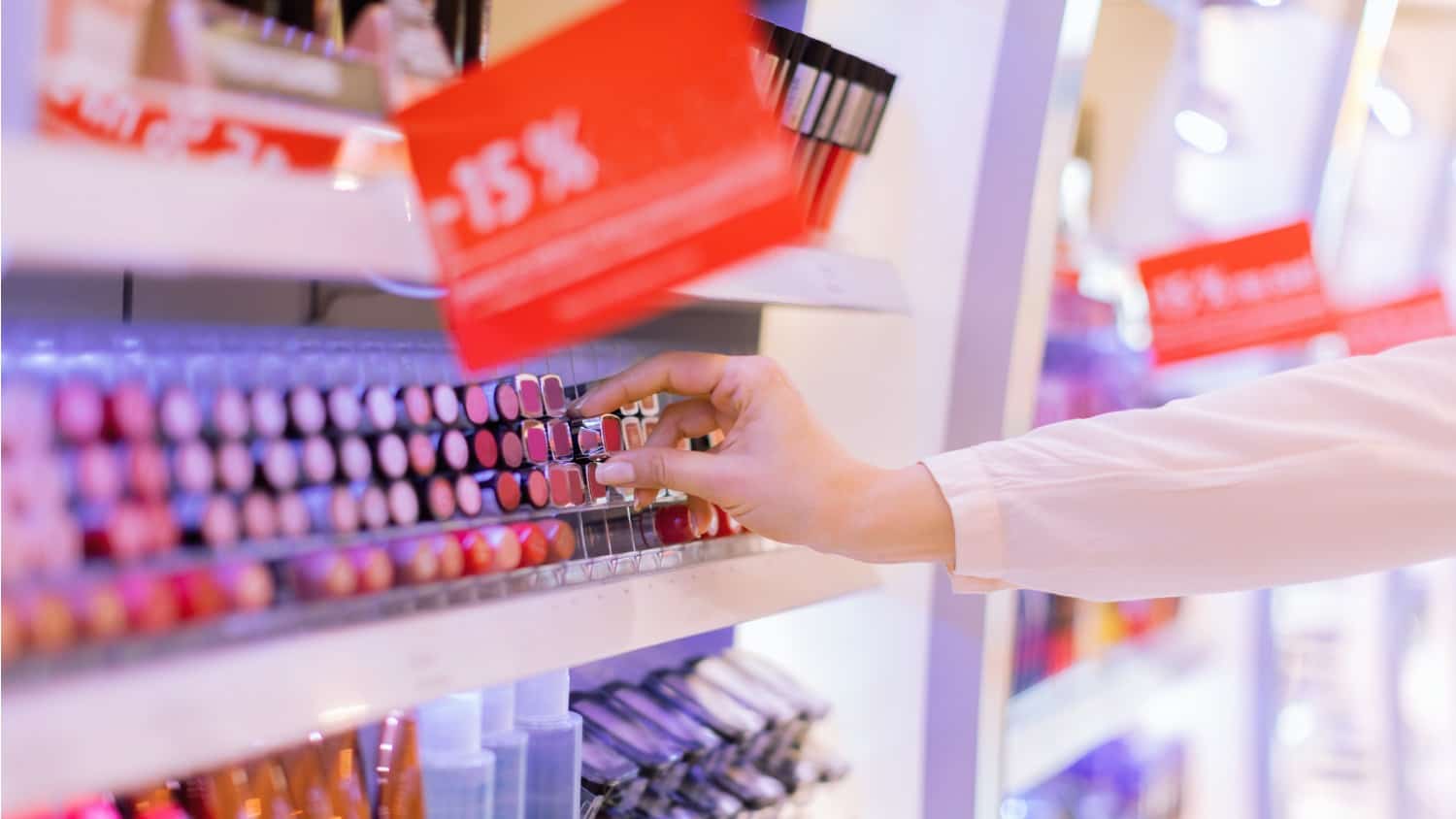 After being forced to lower prices on clothing, home goods, and other items that aren't selling, Walmart and Target both lowered their profit projections.

However, in order to draw customers, both businesses are updating their cosmetic sections and introducing fresh brands.

Target started installing hundreds of Ulta Beauty Shops inside of its stores a year ago, carrying brands like Clinique and MAC Cosmetics.

With 800 locations or about 40% of its U.S. footprint, the company eventually hopes to have the stores, which it expects to build more than 250 of this year.

Target has added more than 40 brands to its roster of cosmetics since January, including "clean" products free of particular substances and Black-owned and Black-founded businesses.

That contrasted with other categories, except food and drink and necessities, which experienced a definite slowdown.

Additionally, a more budget-friendly exhibit known as "Beauty Finds" started traveling to around 1,400 stores, providing customers lip gloss, lotions, and more for $3, $5, or $9.

Bubble, a cosmetics and skincare company known for its bright packaging and marketing to members of Generation Z and young millennials, is one of the companies with which Walmart has signed an exclusive partnership.

According to Creighton Kiper, Walmart's vice president of beauty merchandising, the company's cosmetics sector has experienced double-digit growth in the previous few quarters.

In an interview earlier this summer, he said: "Beauty is this fascinating category where it's not like food and it's not like health and wellness, yet the customer interacts and engages with it every day."

You have this aspect of mental wellbeing centered on self-assurance and feeling good about yourself.

Customers may also turn to pandemic-related skills they learned, such as applying their own hair color or manicures at home, when money is tight, according to Kiper, and purchase at Walmart for salon-style products they can use at home.

In suburban Atlanta, stay-at-home mother Ashley Marie Lemons claimed that because her family is spending more on groceries, diapers, and other needs, they are eating out less frequently.

She claimed to prepare more meatless meals and to purchase hot dogs rather than more expensive meats like ribs.

However, she claimed that she still permits herself to spend $50 per month on cosmetics like mascara and eyeshadow palettes.

It serves as my release, she claimed. Some people enjoy the arts. It allows me to express myself creatively.

How Big Is The Beauty Market In The US?

How Much Does The Beauty Industry Make A Year In The US?

A bigger than ever beauty tax has been imposed in 2022 as a result of beauty standards. With cosmetic operations becoming more widely accessible, there is now a need for "tweaks" such as injectables and surgeries in addition to the standard list of "maintenance" treatments for hair, nails, eyebrows, lashes, and teeth.

Projections for customer purchasing of beauty products are looking good.

This will help the economy and also everyone that's being employed by these businesses.

So, if it makes you happy, why stop, right?