Donald Trump Trial - Where To Start And How It Might End 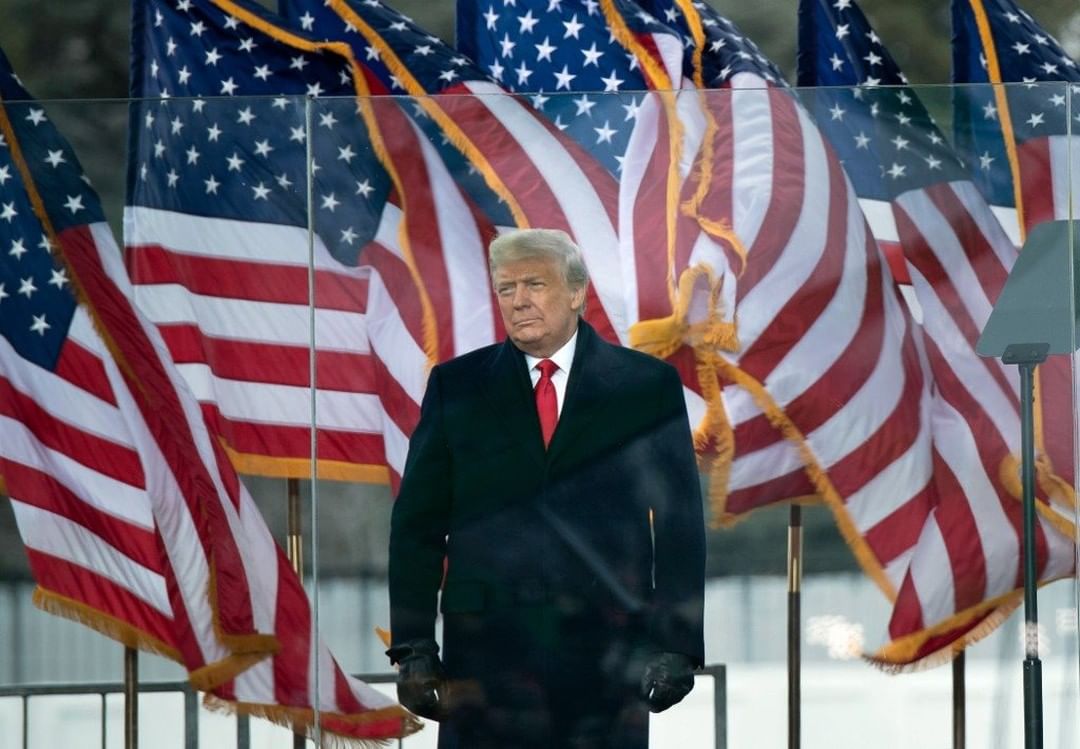 Inside the courtroom, the Donald Trump trial has yet to happen, but outside the halls of justice, the one from the public has long commenced.

In the streets, at the gas station, in cafeterias and online platforms, people have been talking about the 76-year-old guy.

Will he go to jail? But he’s running, right? What will they charge him, etcetera, etcetera.

He’s been a public figure, a public interest already as a business mogul snatching prime properties even before he became the Twitter-loving Commander in Chief.

This time, however, as an ex-POTUS - and still as a billionaire businessman - news reports indicate there’s one more figure interested in him: Lady Justice.

The two might finally meet somewhere along the way. And it could be a date to remember.

Just three weeks ago, during the broadcast of his show, Attorney Ari Melber keenly stressed how the FBI raid of Trump’s Mar-a-Lago residence in Palm Beach proved that no one’s above the law.

MSNBC’s chief legal correspondent cited the unprecedented incident as a shining example of the U.S. government implementing the laws of the land.

It just so happens that a former United States president was involved, AND it also happened to be someone named Donald Trump.

A man who eats controversies for breakfast as a private citizen and who became even more controversial when he assumed the highest post in the country.

How, if ever, will the Donald Trial begin? And what could be its impact to Americans and to the rest of the world?

The Donald Trump trial could be summed up in four short words: lawsuits left and right.

Or, it could also be as simple as: <insert number> lawsuits.

As senior CNN writer Zachary B. Wolf wrote in the introductory part of his political analysis of the legal issues hounding the ex-president:

Donald Trump has created a unique gravitational pull for lawsuits and investigations.

And some people closely connected to him on a professional level tend to end up in jail for breaking the law.

How many charges? Fifteen.

He heard the charges and he heard his sentence a few days after he turned 75.

Is Weisselberg’s trial a portent to an upcoming Donald Trump trial?

With his indictment, Trump’s company will also face trial for “a wide range of criminal activity.”

That’s according to Alvin Bragg, the district attorney from Manhattan who filed charges against Weisselberg, reported The Guardian.

Wolf noted how the various advocates of Lady Justice do the work on her behalf to pursue a case - cases - against Trump.

Assistant U.S. attorneys, city attorneys, state and county prosecutors . . . they all got something that could put him behind bars.

For these lawyers, a probable Donald Trump trial could aim at charges instigated by actions he carried out as (as identified by Wolf):

In taking with him dozens of documents when he stepped down as president, Trump is being probed on whether he violated one of these two (or both):

As for the election matter, it’s about the election results in Georgia. Trump is being accused of electoral subversion.

Instead, Trump brought dozens of them with him when he left the White House.

The U.S. Department of Justice, according to Wolf, is also investigating if Trump had a hand in the U.S. Capitol attack on January 6, 2021.

From all of these, where will a Donald Trump trial start?

Based on a Los Angeles Times report, a Donald Trump trial could materialize because of the “wealth of evidence” presented by those investigating the ex-POTUS.

However, Washington-based journalist Doyle McManus, who wrote the said report, pointed out that convicting Trump could be “a terrible idea.”

It’s not the writer’s opinion. Neither was it the collective opinion of loyal Trump supporters nor some of Trump’s fellow Republicans.

Those who spoke out that an indictment could be a bad move were surprisingly his critics.

Why? They argued that:

1. It could paint America as a “banana republic.”

They pictured out this scenario: incumbent U.S. President Joe Biden, a Democrat, persecuting Donald Trump, a Republican and the person he succeeded.

A Donald Trump trial under the Biden administration, they thought, “would set a terrible precedent,” wrote McManus.

It could make the U.S. be branded as a “banana republic.”

2. The U.S. would further be divided as a nation.

3. A “unanimous conviction” could be tough to achieve.

This third argument, according to McManus, came from former prosecutors.

In a conversation with Attorney Donald B. Ayer, he told McManus that preventing a Donald Trump trial would send the wrong message to the public.

If we have clear evidence, the message of failing to bring charges would be that we don’t stand up to people who try to overturn a legitimate election.

For McManus, a Donald Trump trial should take place because he tried to:

If a Donald Trump trial finds him guilty, then he will go to jail. If the court finds him innocent, he will remain a freeman.

One of the claims of some Democrats as well as Trump supporters when the news of the FBI raid broke out was that it was political persecution.

For Trump, it was a “witch hunt,” according to the statement he released regarding the incident.

They went as far as saying that his critics long for a Donald Trump trial to prevent him from running again as president.

However, such a comparison, wrote Wolf, was “flawed and dangerous.”

Investigators and prosecutors, based on the evidence they reviewed, found fault in some of Trump’s actions as a businessman and as the country’s former top leader.

He has not been indicted yet of any crime, any wrongdoing.

The U.S. justice system could be acting slowly. Wolf deems it as a sign of being partial.

That’s what Congresswoman Liz Cheney noted, according to CNN. She said that a federal judge and the FBI have suffered from intimidation.

Though she didn’t outrightly mention the name of Trump, it was clear she’s referring to him as the one behind it.

She made the statement after the much talked about FBI raid.

When Fox News interviewed Senator Lindsey Graham, he said that a Donald Trump trial would lead to “riots in the street.”

Why Did The FBI Raid Mar-A-Lago?

After being granted with a search warrant, the FBI raided the place on August 8, 2022.

The agents were there to look for and to take back presidential documents stored there by Donald Trump after he left the White House.

What Did FBI Find At Mar-A-Lago?

They found what they were looking for: White House documents, with some believed to be classified.

NBC News reported that the agents were able to fill approximately a dozen boxes with documents found in Mar-a-Lago.

Who Is Running For President In 2024?

According to Ballotpedia, they include:

The next U.S. presidential election will be held on November 5, 2024.

The likelihood of a Donald Trump trial depends on several factors.

The number of possible charges, along with their respective pertinent evidence, contributes to that possibility.

The ever changing tides of politics can also make an impact.

For now, it’s those close to trump that face trials.

According to The Guardian, a journalist threw a quick question at Weisselberg as he left the court.

The journalist asked what he would like to say to his former boss. Weisselberg didn’t reply.

If one will ask if a Donald Trump trial should push through, several people, both critics and supporters, will have a mouthful to say.

On the contrary, if reporters ask if a Donald Trump trial should push through, several people, both critics and supporters, will have a mouthful to say.