Diahnne Abbott's Quick Facts About Her Family And Personal Life 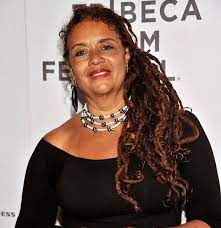 Diahnne Abbott is an actress and singer from the United States who has appeared in films such as 'Taxi Driver,' 'The King of Comedy,' and 'Crime Story.' She is the first wife of Robert De Niro, a famous actor and cinematic star. Her family is relatively unknown. Abbott, who was born and reared in New York City, was a relatively unknown singer and actress before marrying De Niro. She co-starred with him in Martin Scorsese's psychological thriller 'Taxi Driver' in 1976. She also acted in Alan Rudolph's directorial debut, 'Welcome to L.A.,' that same year.

Abbott collaborated with Scorsese and De Niro twice again in the following years, in 'New York, New York' and 'The King of Comedy.' She also starred in a number of other films. Abbott retreated from public life after her divorce from De Niro in 1988. She made a rare appearance at the 2013 Tribeca Film Festival's Closing Night Screening Gala for "The King of Comedy."

Who Is Diahnne Abbott Parents?

Gregory Abbott, the musician well known for his 1986 song "Shake You Down," is her cousin.

How Did Robert De Niro And Diahnne Abbott Meet?

Abbott and De Niro married in April 1976, just a few months after meeting on the set of "Taxi Driver." Raphael, the couple's only child, was born a few months later in November. They have a daughter, Drena, who Abbott welcomed in a previous relationship but was subsequently adopted by De Niro during their marriage. Their relationship ended in 1988 after 12 years together, and Abbott has kept a low profile since then, seldom appearing in public or at formal occasions. De Niro fell in love with another actress, Grace Hightower, when his marriage to Abbott ended. In 1997, the two finally tied the knot. Abbott's marriage to De Niro may not have lasted long enough, but the actress's beauty seemed to have opted to stay with her till the end of time.

Despite the fact that Abbott has remained out of the spotlight in recent years, her daughter Drena makes sure to remind admirers of how stunning the actress was and is. Drena tweeted a nice image of herself standing with Abbott on International Women's Day last month. In a strapless top, gleaming neck jewels, and a dreadful hairdo, the actress radiated youth. Drena released a series of images of Abbott looking stunning at various stages of her life to commemorate Abbott's 75th birthday in May.

She also added a beautiful message to the photo, wishing her a happy birthday. Drena took a journey down memory lane a few months after Abbott's birthday, posting photos of De Niro and Abbott attending an event together. The actress looked stunning with a fringed dress and a gorgeous neckpiece, as she often does.

How Did Drena De Niro Get Her Name?

Despite the fact that Drena De Niro and her father, Robert De Niro, have the same last name, the two are not biologically related. Drena adopted the De Niro surname when her real mother, singer and actress Diahnne Abbott, married Robert in 1976, according to Closer Weekly. Robert stayed in Drena's life as her adopted father when the couple divorced in 1988.

Growing up with Robert De Niro as a father, as Drena recounted to Avenue magazine in 2011, had a big influence. Her youth was apparently spent roaming about her father's New York film sets. Drena's parents, on the other hand, were not celebrities in her eyes.

As a child, Drena travelled between New York, Los Angeles, and Italy thanks to her father's successful job. For Drena, these years spent traveling the world were "really joyful years." Drena De Niro seems to have had a fantastic upbringing!