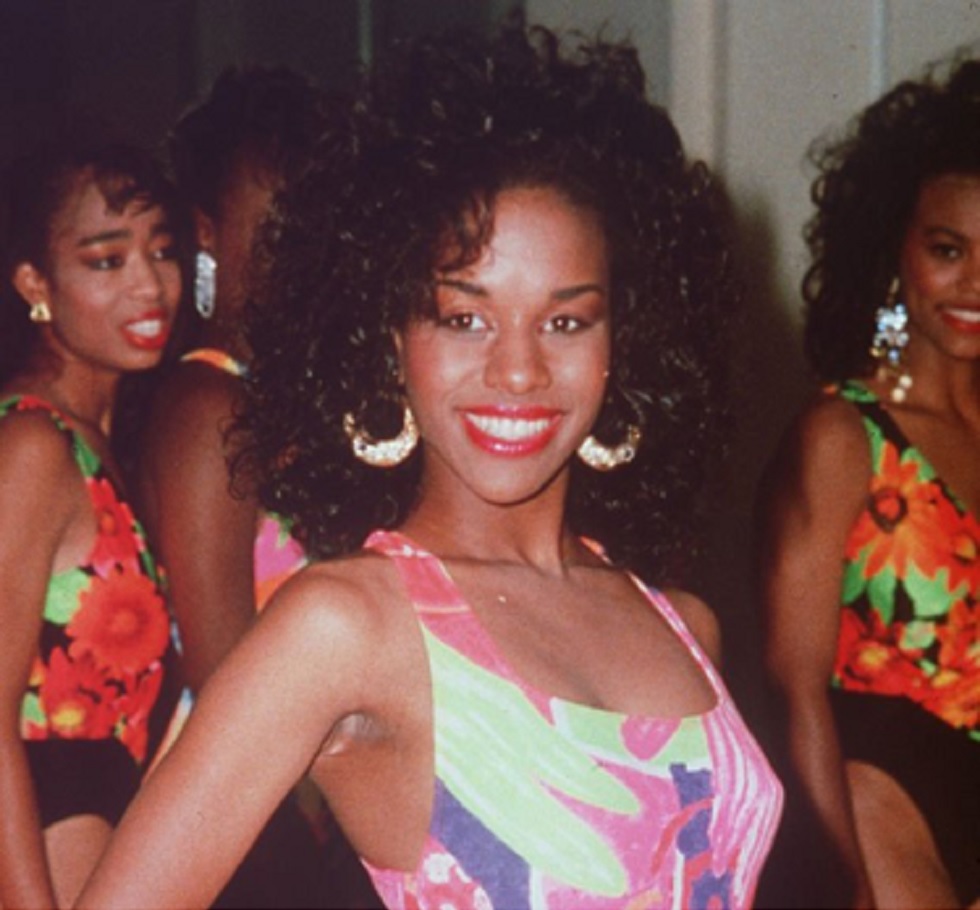 Though he has reinvented himself in recent years as a family man and vegan with enough comedic chops to act in movies, Mike Tyson says he lives with his dark past of being a junkie for cocaine, alcohol, and bringing women to bed.

The sex is detailed in almost clinical terms in his book and the many women in Tyson's life flow in and out of the pages like they did in his life. One big exception is Desiree Washington, Miss Black Rhode Island who Tyson was convicted of raping in Indianapolis. According to her, on the morning of July 19, 1991, Tyson invited her up to his room at the Canterbury Hotel.

A day later, she checked into the emergency room at Methodist Hospital and reported that she had been raped.

Desiree grew up in Rhode Island with her three siblings. Donald and Mary Washington were her parents. She attended Coventry High School and graduated with honors. She was a pleasant and outgoing person who had a penchant for modeling since she was a child. She subsequently went on to Providence College, where she majored in psychology. In the future, she had the option of becoming an attorney or a politician. 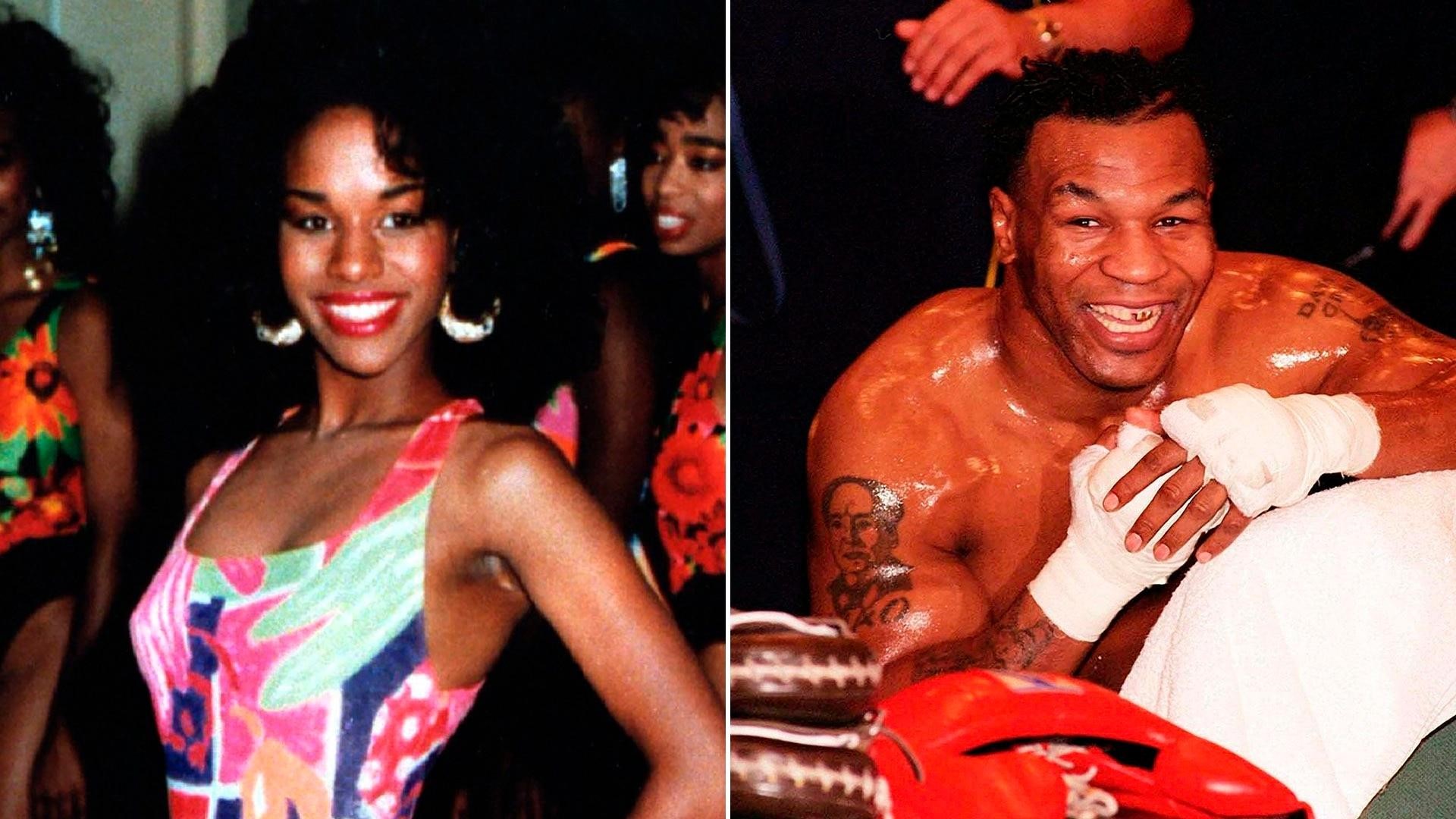 Washinton's personal life was severely impacted by the tragedy, since her parents eventually divorced. Her siblings also had a difficult time at school since the event was brought up to criticize the family members. As a consequence, Desiree Washington has remained out of the spotlight since the tragedy and has kept most of her personal life secret.

There isn't much information about Desiree Washington now except that we know that she is 47 years (born in 1973). She was 18 years old in July 1991.

Who Is Desiree Washington?

Desiree Washington was Miss Black Rhode Island. She was raped by Mike Tyson in an Indianapolis hotel room. She first told police, then testified in court that Tyson laughed about it as she sobbed. Washington continues to be criticized for assuming it was safe to go to Tyson's room and for subsequently reporting the account to police. 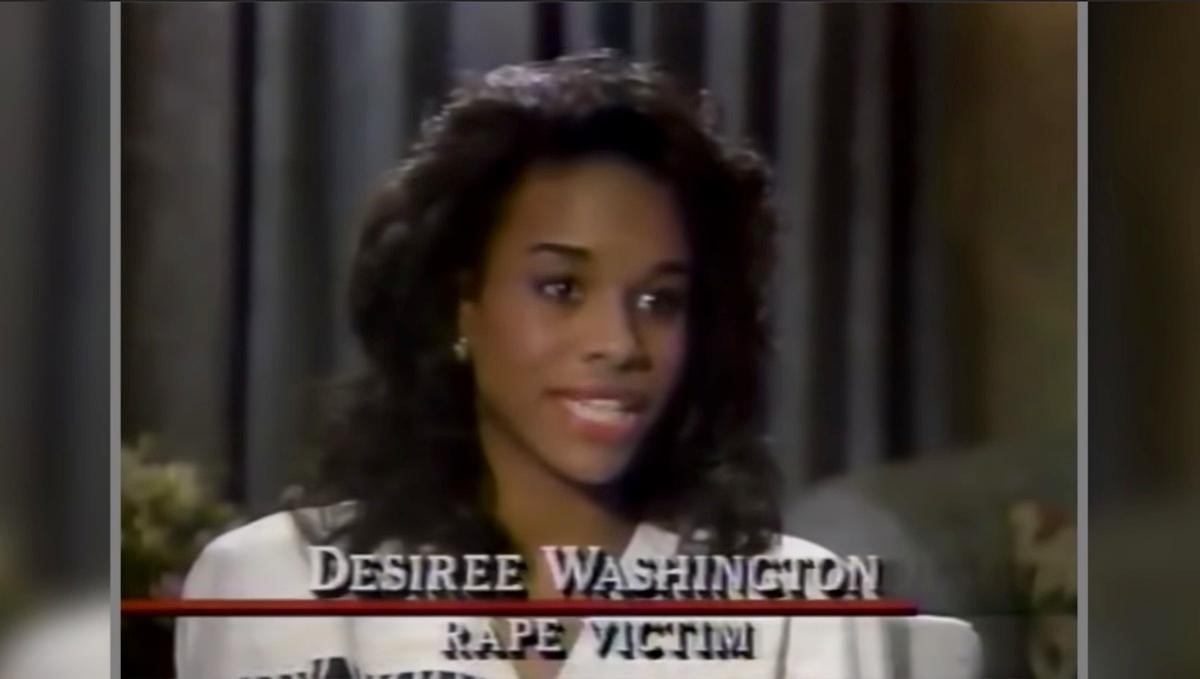 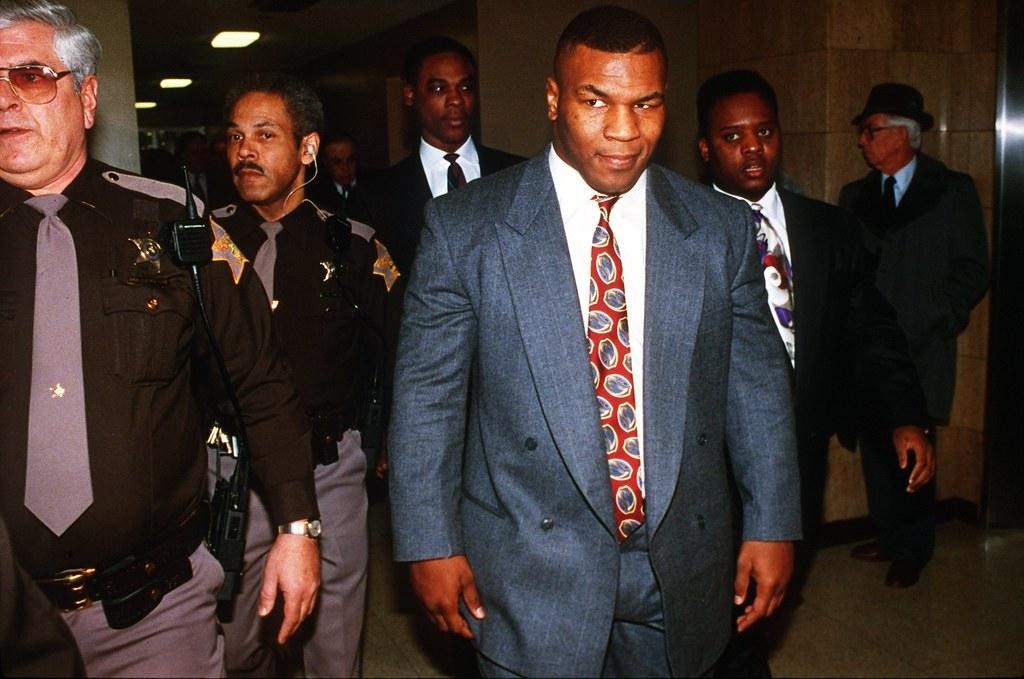 Under lead defense lawyer Vincent J. Fuller's direct examination, Tyson claimed that everything had taken place with Washington's full consent and claims that she wanted to have sex with him. During the rape trial of Mike Tyson, many depicted Desiree Washington as a stereotypical female liar who lusted after Tyson's money--in other words, a gold digger.

In July 1991, Mike Tyson telephoned Desiree Washington at her hotel room and to meet up.

Around 2:00 a.m., Tyson sent his limousine to her hotel. Tyson told Washington that he forgot something at his hotel and asked her to come up to his room while he retrieved it. According to the part-time limousine driver, a public school guidance counselor who specialized in crisis intervention, and who took Tyson and Washington to Mike Tyson's hotel, approximately an hour after Tyson and Washington left the limousine, saw Washington rush out of the hotel.

The driver, Virginia Foster indicated: "She looked all frantic like she might have been in a state of shock. She looked dazed, disoriented." Upon returning back to her hotel room, Washington revealed to her roommate that Tyson had raped her. 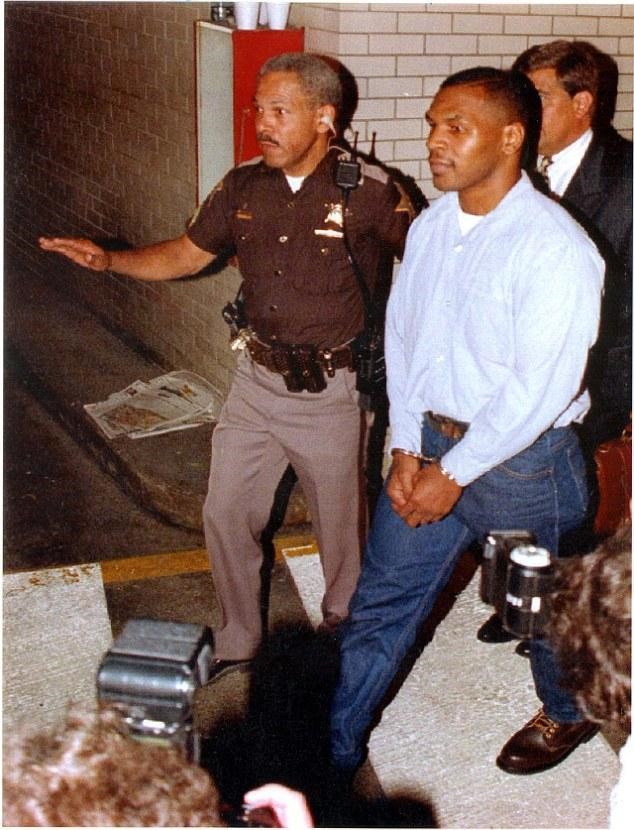 Washington's supporters, however, were convinced that she was a young, inexperienced and naive girl. In the end, the jury found Desiree Washington to be a credible woman who was telling the truth. Washington knew many people would think she was a liar. In her 911 call to police, "[she expressed] her fears that no one would believe her or that they would think that she was just after money."

Tyson was convicted on the rape charge on February 10, 1992, after the jury deliberated. On March 26, 1992, Mike Tyson was sentenced to six years in prison.

Despite being 25 years old at the time of the crime, he was assigned to the Indiana Youth Center (now the Plainfield Correctional Facility) in April 1992, and he was released from prison in March 1995 after serving less than three years.

Due to his conviction with Desiree Washington, Mike Tyson is required to register as a Tier II sex offender under federal law.

In 1991 when 18-year-old college student Desiree Washington accused Tyson of raping her in a hotel room, Tyson was convicted of rape and sentenced to 10 years in prison.

Tyson's criminal trial judge Patricia J. Gifford suspended the last four years, and Tyson was released on parole after three years for good behavior however, this bled into Mike Tyson's wealth; he needed to pay hefty legal fees and he lost his reputation. Tyson was also required to pay a $30,000 fine which may or may not have added to Desiree Washington's net worth.

Prosecutors also requested that Tyson pay another $150,000, which was the amount the case cost the local criminal justice system. However, Judge Gifford denied the request.

The following are excerpts from some Desiree Washington interviews with people who were in her trial:

He said, 'You're turning me on.' I said, 'I'm not like all those other women. I don't know what you think I came up here for.

Two or three women were coming from a concert on the night in question, and they saw [Tyson] and Miss Washington kissing in the back of a limo, which would tend to indicate some kind of romantic interest. That was discovered two or three days into the trial, and the court refused to let the evidence come in.

The garment was lying there in evidence, because we'd put it in through Desiree. He had jerked it down to her hips, and when he did so, he pulled a bunch of beadwork loose. I wanted the jury to see his flash point. I gave it to him and said, "What happened here?" He said something - I don't know what - and threw it at the court reporter. Not like a fastball, but he chucked it back in that direction. I thought, Okay, they've seen bad Mike.

Tyson was arrested in 1991 for the rape of 18-year-old beauty pageant contestant Desiree Washington in an Indianapolis hotel room. The former champion was charged the following year and sentenced to six years in prison. Tyson denied claims that he had misled Washington and insisted that she wanted to have sex with him.

Tyson served half of his sentence but Holloway, his former manager reveals even during his three-year spell behind bars, the Brooklyn-born fighter still had his pick of women.

'All my life I'd fought to keep Mike away from women, but I'd pull up at the prison and the guards would tell me I couldn't visit till the next day because Mike's got women lined up to see him.

'He was getting more women in there than he was outside. I ended up sleeping in the damn parking lot.'

'How do you rape someone when they come to your hotel room at two in the morning?' Tyson stated. Even in prison he got his fill, he says, first with visitors and then with a prison drug counselor who suddenly became available after Tyson had $10,000 sent to her home to fix her roof.

''I was having so much sex that I was too tired to even to go the gym and work out,' Tyson wrote. 'I'd just stay in my cell all day.'

Following The Attack, Desiree Washington Was Described As "depressed."

Washington represented her native state of Rhode Island in the Miss Black America pageant in 1991. She said Tyson assaulted her at the Canterbury Hotel after the July 19 meeting.

I tried to punch him, but it was like hitting a wall,” Washington testified, according to the Los Angeles Times. “I said, ‘Get off! Get off me!’ The next thing I knew, he slammed me on the bed. I was begging him, ‘Please, I have a future ahead of me. . . . Please, I don’t need a baby. . . . Please, I’m going to college,” she continued in her testimony. He said, ‘So, we have a baby,’ and jammed himself inside me. I felt like someone was ripping me apart. After that, she wasn't the same. Dez was one of the most popular kids in school. She knew everybody and was always at the center of attention, Alyce Pagliarini, a childhood friend, told the Los Angeles Times. She was a joiner. A real person. Then she came back from the pageant and just cut herself off from everybody.

I went from being such an outgoing person to someone who was just so - I was voted friendliest in high school - to just so secluded I just sat in my room and in the corner of my bed, and I just couldn’t move for - for the longest time, I couldn’t believe it. I was just such an outgoing person, such a loving person, such a trusting person, and I miss that person. But in a way, it’s good that I’m not that person because now I won’t be hurt again like it was.

According to the publication, Washington went on to add that the public blamed her for putting herself in the path of a guy with a known violent past. Desiree also said she was promised $1 million if she would drop the charges.

People have judged me on and made opinions about, without knowing all the facts and without knowing me as a person and knowing why I did what I did, she continued. And to take the side of a Black man over a Black woman is not equal.

What Happened To Desiree?

Desiree Washington, the former model, seems to be living a low-key existence and has never returned to the spotlight. Although nothing is known about Desiree's life today, she received a lot of criticism from the media and the public in the early 1990s.