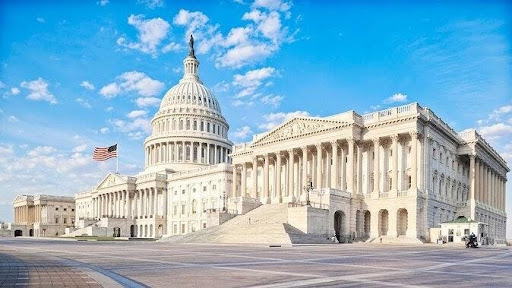 Despite the state’s short history regarding legal gambling - being one of the few jurisdictions in the country that doesn’t feature a land-based gambling facility like casinos and race tracks - sportsbooks in Washington D.C. reported a record $4.4 million in sports betting revenue in November, while reports released by DC Lottery also revealed a significant year-on-year increase in betting handle for the state’s lotto. Smaller in size than all states in the country and subject to oversight from a federal government that has historically had a fickle relationship with gambling, D.C. still has a long way to go to become a competitive gambling market in the United States. However, this is slowly changing, as new legislation is passed in other states around the country, which may compel council members in D.C. to take up once again on online gambling proposals. For a state of comparison, Michigan, a state that had recently launched a few iGaming activities such as online casinos, online sportsbooks, and online instant win games, recorded more than $450 million in gross revenue, while New Jersey, who surpassed Nevada for the largest sports betting handle in the country, became the first state to reach more than $1 billion in total sports betting handle.

Combined customer spending at Caesars Entertainment, DC Lottery’s Gambet brand, BetMGM, and Grand Central totaled $21.4 million in November, up 21.6 percent from $17.6 million in the same month of 2020 but down 18.6 percent from the record $26.3 million in October 2021. Revenue increased by 22.2 percent year-on-year from $3.6 million in November 2020, and it was also 175 percent higher than $1.6 million in October 2021. Caesars, which operates an online mobile sportsbook as well as a retail sportsbook inside Capital One Arena, was the clear market leader in D.C., earning $3.0 million on a handle of $13.9 million. The Caesars sportsbook was formerly managed by William Hill, but it was renamed after Caesars purchased the United Kingdom based operator in April 2021. Gambet, run by the DC Lottery and powered by Intralot, came in second with $1.1 million in revenue and $5.2 handle. BetMGM, which operates in Washington D.C. through a partnership with the Washington Nationals of Major League Baseball, reported revenue of more than $250,000 after processing $1.8 million in wagers. Finally, Grand Central Restaurant, Bar, and Sportsbook, which began operations in the market in early October 2021 in collaboration with Elys Game Technology, reported over $60,000 in revenue from a handle of almost $500,000.

The venues which were able to secure licenses include Caesars Entertainment’s Horseshoe Casino in Baltimore, MGM National Harbor in Oxon Hill, Cordish Companies’ Live! Casino & Hotel in Hanover, Penn National’s Hollywood Casino in Perryville, and Churchill Downs’ Ocean Downs Casino in Berlin, with all five having been previously cleared by the Maryland Lottery and Gaming Commission to receive licenses.

Governor Larry Hogan marked the milestone by making the state’s first bet on the Washington Football Team to face the Baltimore Ravens in Super Bowl LVI, to be played in February 2022, at the MGM National Harbor, which was the first venue to launch its regulated retail sportsbook.

“Today marks the culmination of more than a year of effort to get sports betting up and running here in the State of Maryland,” Governor Hogan said at the occasion. “In addition to allowing Marylanders to bet on football, basketball, and more, sports betting will also help to keep more dollars in-state and will provide another critical revenue source for public education without raising taxes on families and small-businesses.”