Everything You Need To Know About Kevin Costner’s Wife, Christine Baumgartner 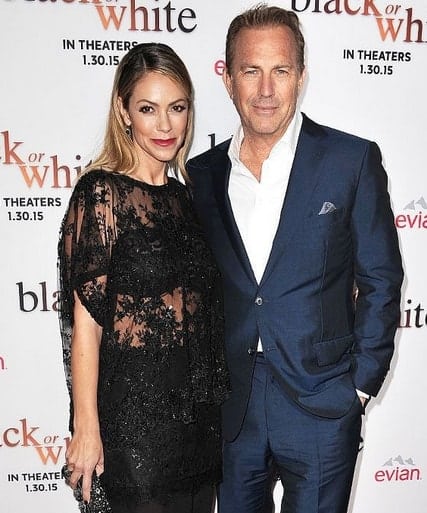 Before being known as the wife of the Hollywood actor, Kevin Costner, Christine Baumgartner was already successful in her own right.

Who Is Christine Baumgartner?

Christine Baumgartner is a model and handbag designer from the United States. Christine is the owner of a handbag line called Cat Bag Couture. She creates handbags that complement every latest fashion trend which makes her a well-known personality in the fashion industry. She is also known for marrying Kevin Costner, an Oscar-winning actor, director, producer, and musician.

Christine went to California State University in Fullerton, California to pursue her degree. She earned her Bachelor's degree in business administration from the university.

How Old Is Christine Baumgartner?

What Does Christine Baumgartner Do?

Christine is running her own handbag line called 'Cat Bag Couture'. The line tailors a trendy range of well-designed, highly functional carrier bags. Her handbag line debuted at the same time she was planning for her wedding.

Some of her handbags were featured in the premiere episode of the reality show Desperate Housewives in 2005, and were carried by the show's major actresses.

Laptop bags are the most popular type of bag in her line. She desired a bag that was both practical and fashionable. With this in mind, she designed the most fashionable laptop bags on the market. They feature faux fur combined with metallic leather, as well as accessory compartments and extra pockets. Her items are available both online and in specialist stores such as Hidden Jewel in Aspen.

She has also been in documentaries such as Biography, Primetime, Extra, Entertainment Tonight, and Inside Edition, as well as TV shows like Die Johannes B. Kerner Show. She has established a strong name in the fashion world, where she belongs. Christine is also well-known in the entertainment industry, where her husband is well-known.

In the late 1980s, Christine Baumgartner had a brief interaction with Kevin Costner at a golf club. Costner was still married to his first wife Cindy Silva at the time. Kevin and Christine bumped into each other again at a restaurant in 1998. They eventually began dating, given the fact that he had already divorced his first wife by that time.

In 2003, the pair got engaged and got married on September 25, 2004. The wedding was held on his 165-acre ranch in Aspen, Colorado, and had a star-studded guest list. Costner arrived in a vintage green pickup truck, while his wife arrived in a horse carriage.

Cayden Wyatt Costner, Christine and Kevin's first child, was born on May 6, 2007. After his birth, Costner told 'People' that he was concerned that, due to his age, he might not be around to raise his child. They had two more children, a son named Hayes Logan Costner who was born on February 12, 2009, and a daughter named Grace Avery Costner, born on June 2, 2010.

With her successful career, happy marriage, and wonderful kids, we can definitely say that Christine Baumgartner has it all!