Chris Pine Movies You Should Have Seen By Now 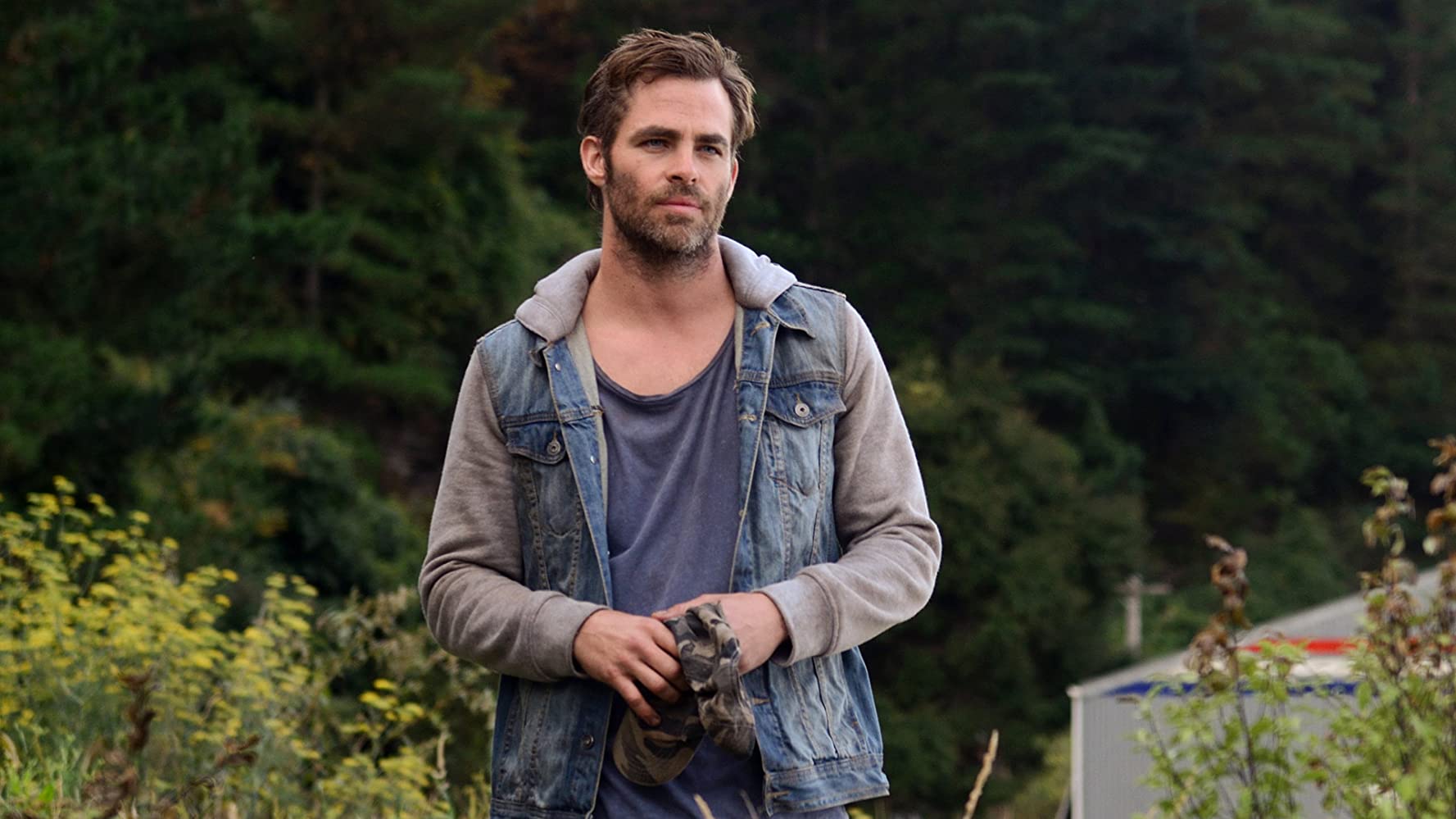 Greg Max Gilford is his uncle, a former Dunhill Records recording artist who went on to work as a computer consultant, then as a Recovery Mentor/Support Specialist for United Healthcare.

Pine went to the Oakwood School for high school and earned a B.A. in English from the University of California, Berkeley, in 2002.

Pine struggled to make friends when he first arrived at Berkeley because he was afraid of not fitting in. He went into the theater because he didn't want to join a fraternity.

Pine appeared in a Caryl Churchill play at La Val's Subterranean Theater and Orestes and Shakespeare at Zellerbach Hall as a member of the UC Berkeley Theater Department.

He spent a year as an exchange student at the University of Leeds in England. He attended the Williamstown Theatre Festival after graduating from Berkeley and he went to the American Conservatory Theater in San Francisco to study acting.

Unstoppable is a good picture on its own terms, even though it is best remembered as director Tony Scott's last film before his tragic death. It's an electric ride in more ways than one. It's a fast-paced, action-packed thrill ride that never stops moving, as the title implies.

One of the secrets to Unstoppable's success, apart from its fast forward-moving narrative and thrilling Speed-Esque tension, is the back-and-forth between Denzel Washington's Frank and Chris Pine's Will, an engineer and a conductor who need to do all they can to stop this train.

Unstoppable is an exciting thriller that exhilarates while the protagonists try all they can to prevent this freight train from jeopardizing anyone's life.

With so much misery and destruction going on around them, it's up to our main characters to bear the weight of the picture, ensuring that our attention is firmly focused and that, despite the film's gloomy and melancholy tone, we never lose interest in it.

With that in mind, Z For Zachariah's success is a testimony to Pine's charm in the character of Caleb, in addition to his co-stars.

Star Trek Beyond is the most underappreciated of the recent Star Trek blockbusters in the grand scheme of things.

Star Trek Beyond was never given its due, with J.J. Abrams moving on to a different galaxy with Star Wars: The Force Awakens and fans being wounded rightly or wrongly by Star Trek Into Darkness. That, in my opinion, is not really fair.

While Beyond isn't on par with classic Star Trek films like The Wrath of Khan or The Voyage Home (hopefully, I'm not offending any more Star Trek fans than I already have), director Justin Lin's respectably narrowed, more focused installment to the extended franchise is a distinctly more modest, more character-focused new addition to the series, one that feels mo

Compared to the previous two films in this reboot series, it didn't make a huge impact, but this pleasant chapter works nicely.

Chris Pine's second collaboration with director David Mackenzie, Outlaw King, did not get the same critical praise as their first collaboration, Hell or High Water. While it doesn't quite measure up to the same high standards, this biographical 14th-century story is worth noting.

In fact, for contemporary audiences, he humanizes and understands this historical person. While it doesn't quite reach the same heights as Mel Gibson's Braveheart, this Scottish action film is nonetheless worth seeing.

Pine contributed his voice to the 2012 fantasy comedy Rise of the Guardians, only a few years after Chico & Rita.

The Tooth Fairy, Easter Bunny, Santa Claus, and Sandman all beg that Jack Frost put a stop to Pitch Black's evil dream-crushing intentions in this film based on William Joyce's novel The Guardians of Childhood.

While Jude Law, Alec Baldwin, Hugh Jackman, and Isla Fisher are among the cast members, Chris Pine takes the main role of Jack. This one stood out due to its engaging narrative, stunning graphics, and captivating comedy.

Pine had appeared in the considerably gentler drama People Like Us six years before. The film told the tale of Sam, a New York City dealer who is being investigated by the Federal Trade Commission for possibly breaking the law.

Meanwhile, his father passes away, forcing him to travel to Los Angeles, where he learns about the sister he never knew.

Sam was played by Pine, with Elizabeth Banks as his sister, Olivia Wilde as hislover, and Michelle Pfeiffer as his mother. Despite its melodramatic elements, the film was generally fascinating and entertaining.

Pine was a co-star in the 2017 Wonder Woman film before taking on a role in the sequel. Wonder Woman recounts the story of Diana (Gal Gadot), a princess and talented fighter who was raised on a secret island with other female warriors.

However, she quickly learns about the wars affecting the globe outside her village when American pilot Steve Trevor (Chris Pine) crashes on the shore in 1918.

She makes the decision to assist in the restoration of peace. The picture wowed critics and audiences alike, with praise for Patty Jenkins' directing, the protagonists' chemistry, and the thrilling (and well-crafted) graphics. Wonder Woman 1984, the sequel, will be released in cinemas on June 5, 2020.

I understand that including Star Trek Into Darkness on this list is a tall order. And I'm not sure I can persuade anybody that it's not secretly a lot of fun, whatever imperfect it may be. J.J. Abrams, on the other hand, understands how to make exciting, well-paced summer blockbusters full of action, intrigue, and plenty of thrills.

Chris Pine is back in the role of James T. Kirk, and he's honing his portrayal of the famous space commander. It's a fantastic performance! With each successive Star Trek picture, his performance improves, despite the fact that the film surrounding it in this sequel is everything but.

Pine's ability to make such an iconic role his own in these films, while being appreciative of William Shatner's famous, decades-spanning portrayal, is really admirable. It's a long way from becoming a flawless Star Trek film. However, it's a blast when it comes to popcorn entertainment.

This 2010 Spanish adult animated musical follows a shoe-shiner and a singer as they fall in love in places such as Havana, New York, Las Vegas, Los Angeles, and Pairs throughout the middle of the twentieth century.

The film was originally released in Spanish, but it was subsequently dubbed in English with Wendell Pierce, Mary J. Blige, Rob Riggle, Chris Pine, and Viola Davis providing voices.

The 91st Academy Awards Best Animated Picture winner, Spider-Man: Into The Spider-Verse, sits at the top of the list. Miles Morales, a Brooklyn teenager, acquires spider-like powers after being bitten by a radioactive spider in this 2018 superhero picture.

He knows he has huge shoes to fill after seeing the previous Spider-Man die, but his preconceived ideas about being a hero are turned upside down when a gang of Spider-People from other realities are forced into his reality.