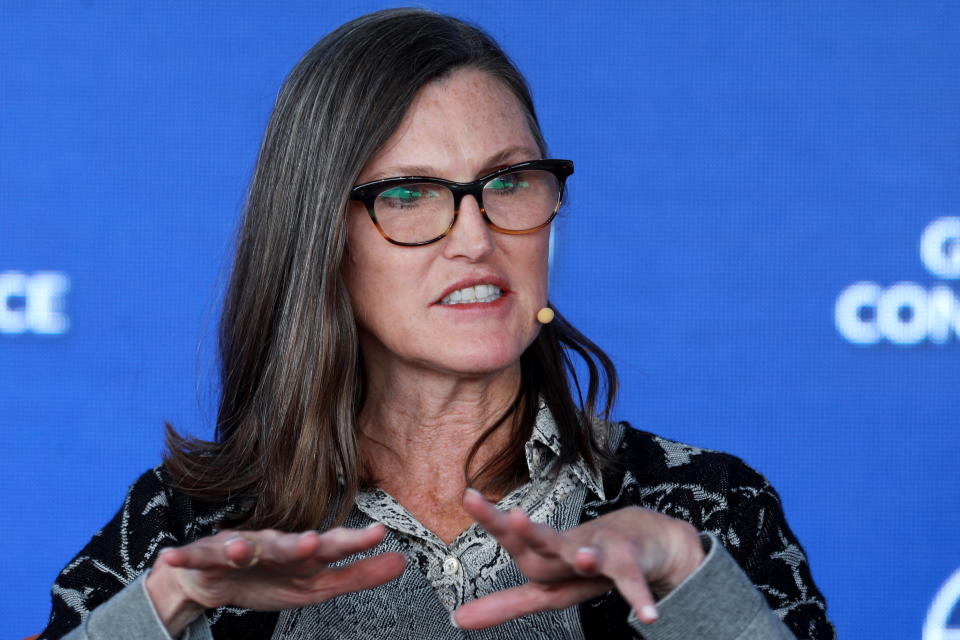 Despite its freefall from pandemic highs, investors are pouring millions of dollars into Cathie Wood and her flagship ARK Innovation ETF (ARKK).

The ARK Innovation fund has accumulated inflows for eight consecutive days through Monday, the longest streak since March 2021, according to data from Bloomberg.

During a televised interview with CNBC on Tuesday morning, Wood stated that the U.S. economy is already in recession. Wood also admitted to being incorrect about the severity of inflation, which she had previously minimized.

The ARK Innovation fund has accumulated inflows for eight consecutive days through Monday, the longest streak since March 2021, according to data from Bloomberg.

During a televised interview with CNBC on Tuesday morning, Wood stated that the U.S. economy is already in recession. Wood also admitted to being incorrect about the severity of inflation, which she had previously minimized.

We were wrong on one thing, and that was inflation being as sustained as it has been,” Wood said. “Supply chain — I can’t believe it’s taken more than two years, and Russia’s invasion of Ukraine, of course we couldn’t have seen that. So inflation has been a bigger problem. But I think that it has set us up for deflation.

The flagship fund has recovered some recent losses, but is still down 50% year-to-date and is 70% below its all-time high reached in February 2021.

ARKK shares traded as low as $36.58 per share earlier this month, just a few percentage points above the pandemic low of $34.69.

Nonetheless, the underperformance has not been sufficient to shake investors' faith in Wood and her investment management firm, and some analysts view Wood's commitment to staying the course as a key element of ARK Invest's appeal.

There is something to be said about the effectiveness of Cathie Wood’s continuous messaging to the public via her webinars and her YouTube videos, in which she can keep investors inspired by her optimism surrounding her expectations of the strategies' future performance,

This quarter, Morningstar downgraded ARKK's rating from Neutral to Negative, citing issues with the fund's risk management and ability to navigate the space it seeks to investigate.

Cathie and the team have been thick-skinned and unapologetic about their conviction in innovative stocks in the future,” VettaFi vice chairman Tom Lyndon, an expert on ETFs, said in a conversation with Yahoo Finance. "Investors probably think: ‘If she can be vocal and take all these hits on social media, I can add another 5%.

Plans by ARK to launch a new investment vehicle focused on innovation in private markets lend support to Wood's conviction.

ARK filed paperwork with the SEC on February 3 for a closed-ended interval fund, indicating that the vehicle will be suitable "only for long-term investors who can bear the risks" of limited liquidity.

Greengold suggested that investors "buying the dip" during drawdowns is another reason ARK continues to attract inflows, while others may have remained invested because they refuse to lock in losses.

You can read investors complaining on message boards about putting thousands of dollars into ARK's strategy, only to see that money dwindle,” Greengold said. “You will read them venting about how much money they have lost, but saying they cannot stomach those losses. Investors are not able to tolerate the discomfort of realizing those losses and so some might even say that they are doubling down – potentially that explains some of the inflows.

The three largest positions in ARKK, Zoom (ZM), TSLA (TSLA), and Roku (ROKU), are down approximately 39 percent, 42 percent, and 62 percent, respectively, this year.

Another prominent holding of the ETF, Coinbase (COIN), is down 80%.

The flagship exchange-traded fund of Ark Invest is down 4%, bringing its loss for the year to date to 14%.

According to Morningstar, the Ark Innovation fund was the best-performing actively managed fund in the United States in 2020, but it fell into the bottom one percent last year.

As a result of Wall Street's shift away from 'disruptive' stocks that have yet to turn a profit, the ETF has lost approximately 48 percent since its record high close in February 2021.

According to Refinitiv, Ark Invest owns approximately 10 percent of Teladoc, making it the company's largest shareholder.

Zoom is decreasing by 2.3% on Monday, while Teladoc is declining by over 5%.

According to data on the Ark's website, Tesla now accounts for approximately 8 percent of the ETF's holdings, down from over 10 percent at mid-December.

According to Refinitiv data, investors poured nearly $5 billion into the ETF even as the Ark Innovation fund tanked last year.

Refinitiv reports that they have withdrawn approximately $35 million so far in 2022.