The Eurozone's Cash Deficit Drives Demand For The Dollar 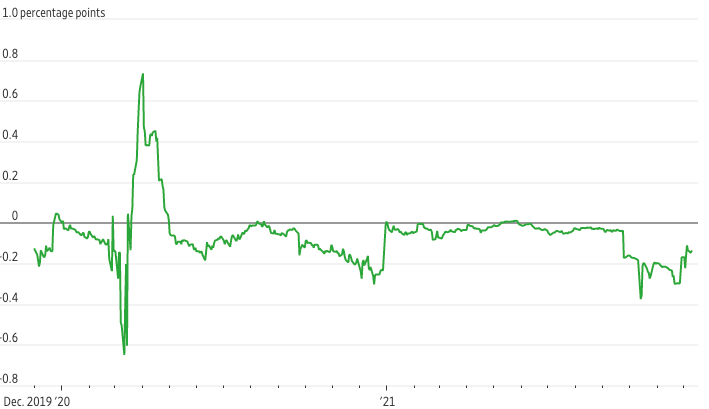 Banks in the Eurozone, flush with cash, are hurrying to convert their euros into dollars before the year is up, fueling demand for the dollar.

For three-month euro cross-currency basis swaps, the interest rates have deteriorated in recent weeks, with one side borrowing a currency and lending their own back. Traders in Europe pay a premium for exchanging surplus Euros into US Dollars due to the current volatility of the Euro.

What's The Cash Deficit About?

A surge of European Central Bank initiatives is partly to blame for the higher cost, economists and investors believe. Eurozone banks have been left with a surplus of cash as a result of the Covid-19 initiatives, which were designed to encourage lending to consumers and companies during the economic recovery.

Investment manager at Lombard Odier Investment Managers David Callahan said, "There's so much money and not enough investments to be made...

For a return of 0.05 percent, several Eurozone banks have decided to convert their euros into dollars and deposit the proceeds in the Federal Reserve's reverse repo program. There was a near-record amount of money flowing into the Fed's reverse repo program on Monday. After the Fed raised the return to 0.05 percent from 0 percent, money flowing into the facility has reached new highs this year.

More Cash To Dispose Of

Analysts estimate that banks have more cash on hand than in previous years. Targeted longer-term refinancing operations (TLTROs), as they are known at the European Central Bank, have encouraged banks to increase their borrowing from the central bank. The European Central Bank (ECB) slashed its lending interest rates to as low as -1% last year, meaning banks were compensated for borrowing.

To Mr. Callahan, this shows that banks don't want any more euros since the three-month Euribor rate has dropped to record lows in recent weeks, an indication that banks don't want additional euros on deposits. Analysts believe that the flow of money is a contributing element to the strength of the dollar and the weakening of the euro.

The Cost Of Exchange

Annually, the cost of exchanging euros for dollars rises. According to Jerôme Legras, head of research at Axiom Alternative Investments, it climbs at the end of every year because the Basel Committee on Banking Supervision, a group of global central bankers and regulators, determines the systemic importance of a bank by its year-end balance sheet.

After the new year, analysts predict that euro-to-dollar financing costs will drop. Short-term debt known as bills is likely to be more plentiful as a result of the Fed's projected tapering of its bond purchases, which will result in more locations for investors to store their surplus cash. An increase in the government's borrowing limit, or the debt ceiling, would make it possible to issue additional debt, boosting the market's supply.

As much surplus money as might be absorbed by Fed facilities and extra bill issuance will not be reduced in euro terms. There is no change in outstanding currency amounts when traders transfer currencies.