Get To Know The Colombian Actress And Model, Carmen Villalobos 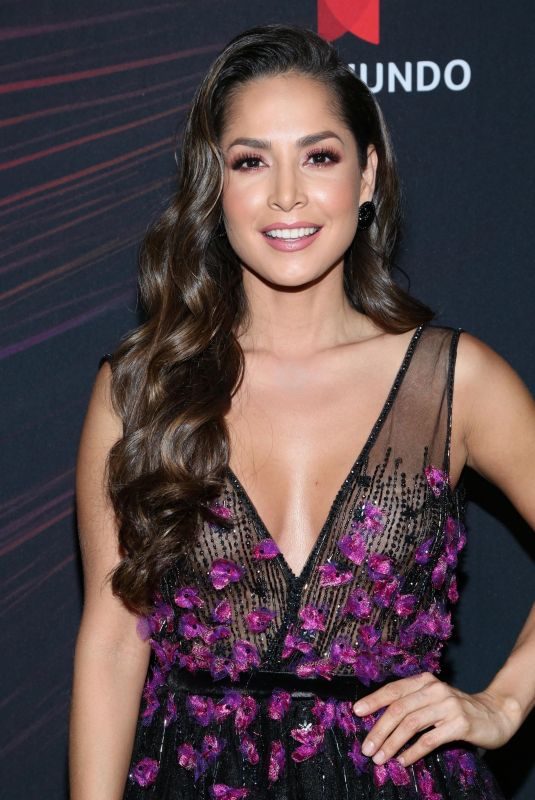 Carmen Villalobos is already a powerhouse name on Colombia's Telemundo network. She is an extremely talented actress, model, and dancer.

Who Is Carmen Villalobos?

Carmen Villalobos is a Colombian actress who is most known for supporting roles in telenovelas such as La Tormenta and Amores de Mercado.

Villalobos is also known for her lead roles in Sin Senos no hay Paraiso as Catalina Santana, a pretty young prostitute with big ambitions who seeks breast augmentation to escape poverty, and Ninos Ricos, Pobres Padres as Alexandra Garcia, a humble poor school girl forced to attend a "rich-kid" school where the students are wild and out of control.

Carmen was named one of the People en Espanol's 50 Most Beautiful People in 2009.

Carmen Villalobos was born in Barranquilla, Colombia, to Pedro Villalobos and Betty Barrios on July 13, 1983. She married her long-time boyfriend, Sebastián Caicedo, on October 18, 2019.

Aside from that, the media has no further information/details on her education, family background, or anything else. However, Villalobos is active on Twitter, Instagram, and Facebook.

What Nationality Is Carmen Villalobos?

Carmen Villalobos is Colombian. She was born in Barranquilla, Colombia. However, she grew up living in different cities of Colombia because of her father’s work.

In 1999, Carmen Villalobos made her acting debut in the television series "Club 10." After that, she portrayed Ernestina "Nina" Pulido in the telenovela "Amor a la plancha" in 2003.

She went on to star in the TV show 'Dora, la celadora' after that. Villalobos was then granted a co-lead role in the television show "La Tormenta" in 2005. She was soon cast as Beatriz "Betty" Gutiérrez in the series "Amores de Mercado." In the telenovela 'Sin senos no hay paraso,' she played Catalina Santana, an aspiring prostitute. Following that, the Columbian actress was offered a lead role in the television series 'Nios ricos, pobres padres.'

In 2010, she was cast in the film 'Ojo por ojo' as Nadia Monsalve and in 2011, Villalobos was seen in the film 'Mi corazón insiste en Lola Volcán.' A year later, she starred in the telenovela 'Made in Cartagena' as Flora Mara Daz.

She was a member of the cast of 'El Seor de los Cielos' from 2013 to 2016, appearing in season 1 as a recurring character, season 2 as a main character, and season 4 as a guest star.

Villalobos was cast as Vanessa Mondragón in the television series "Las Princesas" not long after.

Where Is Carmen Villalobos Now?

After receiving critical recognition for her work on television, Villalobos had decided to move away from her home country and take on the task of hosting a show in Mexico. Villalobos and her husband, Sebastian Caicedo, relocated to the United States for better career opportunities for Caicedo. As it appears, it was also a great opportunity for her as she is now a host of a reality show in Mexico.

Carmen Villalobos has demonstrated time and time again that she is a gifted and versatile actor and model. She is well-known on social media, where she has amassed a large following. She's also been nominated for various awards and received the Your World Award in 2017. She has mesmerizing beauty and a great body, and she's fun to watch on several platforms.