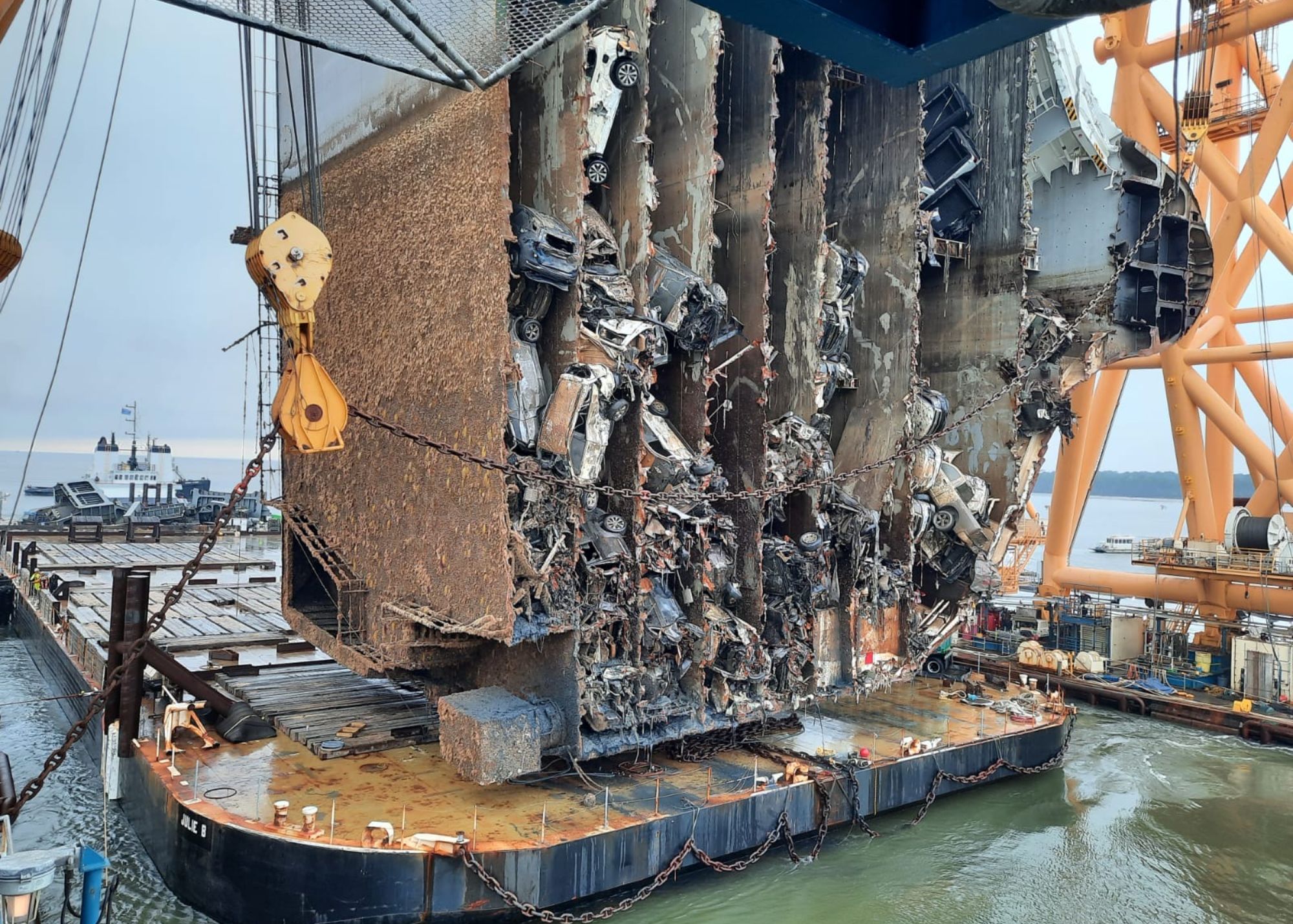 The 'unprecedented' wreck of a Hyundai cargo ship off the coast of Georgia a year ago is no longer a mystery because the cargo ship cut open reveals 4,000 hyundai automobiles, according to the report. In August of this year, news release a report about the MV Golden Ray, a ship carrying 4,000 Hyundais that had capsized.

In September of 2019, the MV Golden Ray sank after it started listing only 23 minutes after it had departed from the Port of Brunswick, Georgia. This event took place exactly one year earlier. Unsurprisingly, COVID-19 caused a delay in the dismantling plans for the ship, which had a width of 106 feet and a capacity of 20,995 deadweight tons.

The dismantling is currently proceeding at full speed, and it is an impressive sight to behold. The MV Golden Ray, which sank as a result of improper loading, is currently undergoing the process of being dismantled bit by bit into sections, which are then being transported for scrap on a barge.

The month of November was especially thrilling. It is because workers were given the task of using a chain to cut off the first enormous chunk off the ship's hull. This ship reveals later on numerous automobiles that were stored and damaged inside. 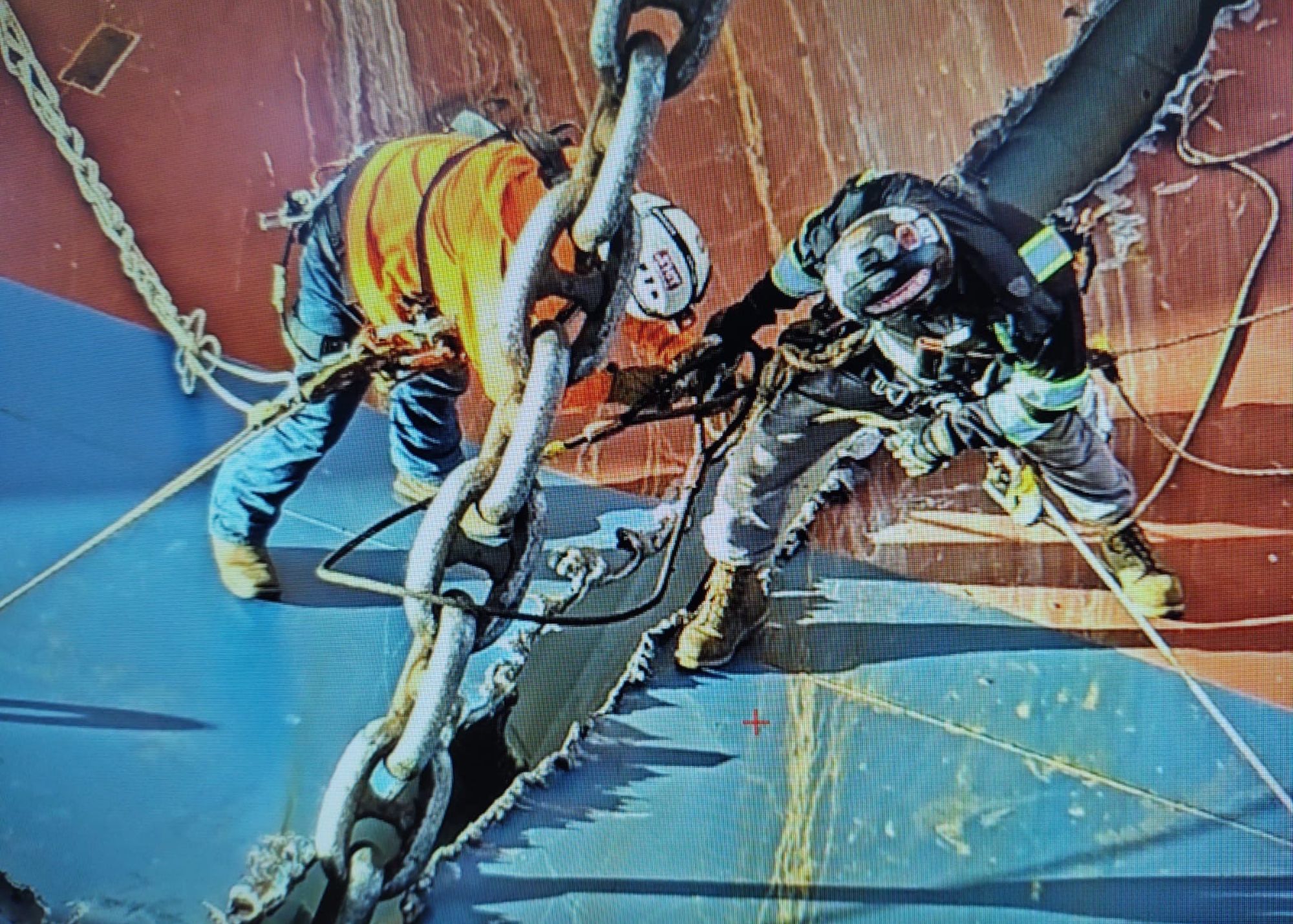 The crew responsible for the dismantling operation utilized a Versabar VB-10000 lift vessel equipped with a massive yellow dual-barge crane to haul the MV Golden Ray out of the water. This made it possible for the vessel to be cut into pieces.

The Versabar VB-10000 was first constructed in 2010 with the intention of assisting in the repair of oil platforms that had been damaged by hurricanes. Each of the ship's two barges has thrusters that can each produce 1,000 horsepower. This helps the ship stay in the right place over the wreckage.

A pulley system with a steel chain that runs along the bottom of the ship is attached to the VB-10000. With the help of two engines, the chain moves back and forth at a rate of seven feet per minute. This gives it a cutting action that can cut through the hull of a ship.

In a press release, St. Simons Incident Response said: "The cutting process is a highly complex operation that response engineers continue to fine-tune." Meanwhile, the team at the site removes links from the chain to maintain the upward chain tension that cuts through the ship's hull during the cutting process.

According to St. Simons Sound Incident Response, the hull of the MV Golden Ray will be cut into eight sections that will be cut vertically from top to bottom and weigh between 2,700 and 4,100 tons.

St. Simons Sound Incident Response added what T&T Salvage, a Texas-based contracting company, calls "lifting lugs" to each of the eight pieces of the MV Golden Ray's hull so that they could be taken apart. The "lifting lugs" are huge, as you can see in the picture below. One of them weighs more than 38 tons.

The lugs help keep the ship steady as the chain goes through it. When the VB-10000 raises the Golden Ray onto a barge, the lugs also serve as lifting points, distributing the load.

The yellow ropes used to lift each section are ultra-high-molecular-weight polyethylene slings, which are as strong as steel at a fraction of the weight. The VB-10000 then lifted the first piece and put it on a barge named Julie B., which took it to a scrapyard where it would be taken apart further.

The impressive chain that slashed through the hull of the MV Golden Ray measured in at a length of 400 feet. In fact, each link weighs 80 pounds (36 kg) and measures 1.5 feet (0.45 meters) from one end to the other while having a thickness of three inches (7.6 cm).

Here is the video below showing the "Massive Salvage Operation of MV Golden Ray".

Even though COVID-19 slowed down the disassembly of the MV Golden Ray, it is now progressing very quickly. All credits to the engineering and construction team. Even though the Hyundais on the ship don't look like they can be saved, it looks like a lot of the things on the MV Golden Rays won't be thrown away.